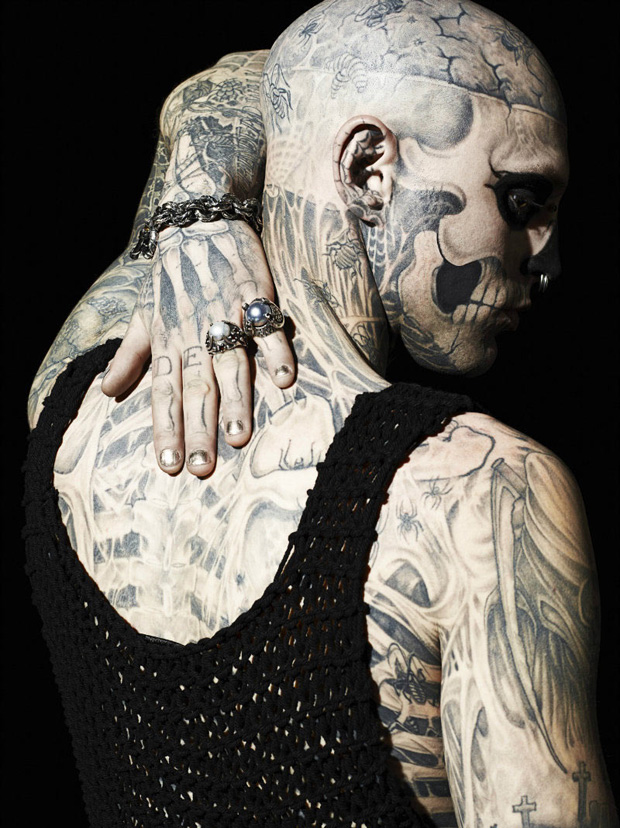 As one of the early influences for the Low Brow Movement, AM is certainly no stranger to tattoo culture. We have covered tattoo artists in the past (Scott Campbell and Shawn Barber come to mind) as well as featured tattoos chosen by fans and inspired by their favorite artists. Despite all this, we were still taken aback by the strange beauty of Rick Genest who has turned his entire body into a piece of art.

Genest, also known as Zombie Boy, first shot to fame after a facebook fanpage created for him went viral and lead to his discovery by Lady Gaga’s Fashion Director Nicola Formichetti and was then featured in her Born This Way video. Since then, Genest, who has spent thousands and three years being worked on by Montreal artist Frank Lewis, has been the focus of fashion projects like this shoot by Aline & Jacqueline Tappia for GQ Italia.