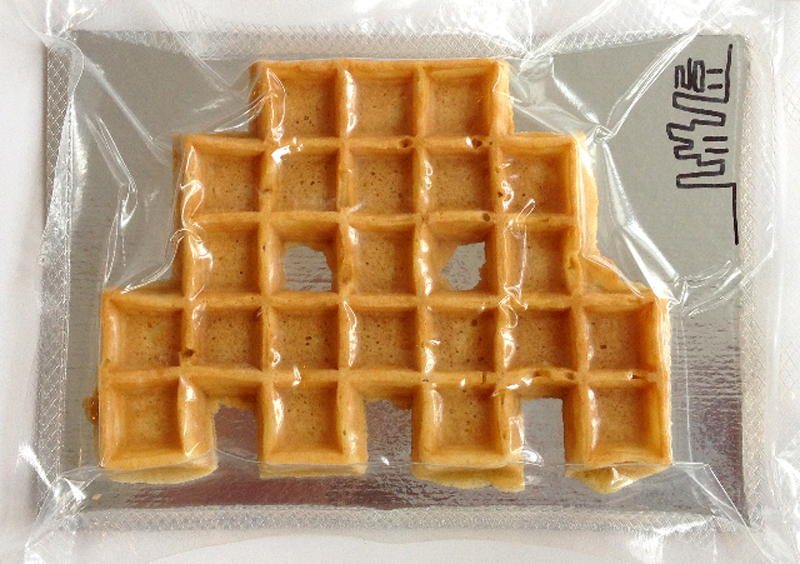 On December 2nd, The Outsiders Gallery on Greek Street in London will be hosting Attack of the Space Waffles, the newest solo from the infamous Invader. Just like his show in Paris (covered) back in June celebrating his 1000 piece of street work, there will be an appearance of Space Invader shaped waffles, which is also hinted in the title of the exhibition. Also purported to make a showing at the opening will be a “brand new mosaic Alias’, an Invaded Disco Ball, a 20 minute documentary,” and much more.