A statement on child labour in the UK has appeared on the side of Poundland on Whymark Avenue in London with an underaged worker hard at work with a sewing machine creating some bunting (perhaps for the upcoming Queen’s Jubilee?). Although not confirmed as of yet by Banksy, the stenciling and style are all strongly reminiscent of Mr. B’s handiwork. 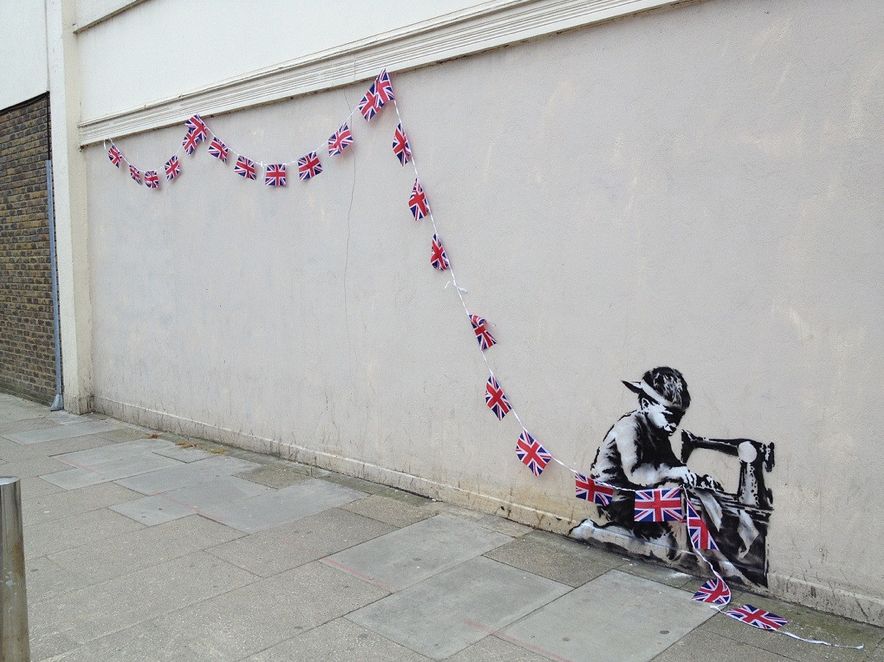