Last Saturday night, Mel Kadel unveiled new works for her Stuck On A Wave solo during an opening reception at the Merry Karnowsky Gallery. Showing alongside the cosmic and pattered work of Mark Whalen, the Los Angeles-based Kadel’s imagery also featured patterns of her own, oftentimes backdrops of collaged repeating elements for her characters to play in. As referenced by the title of the show, this time around, the auto-biographical caricatures of herself were seen at times rowing through the patterns as if they were on water. The show will end on November 10th, so head over soon if you want to check it out for yourself. 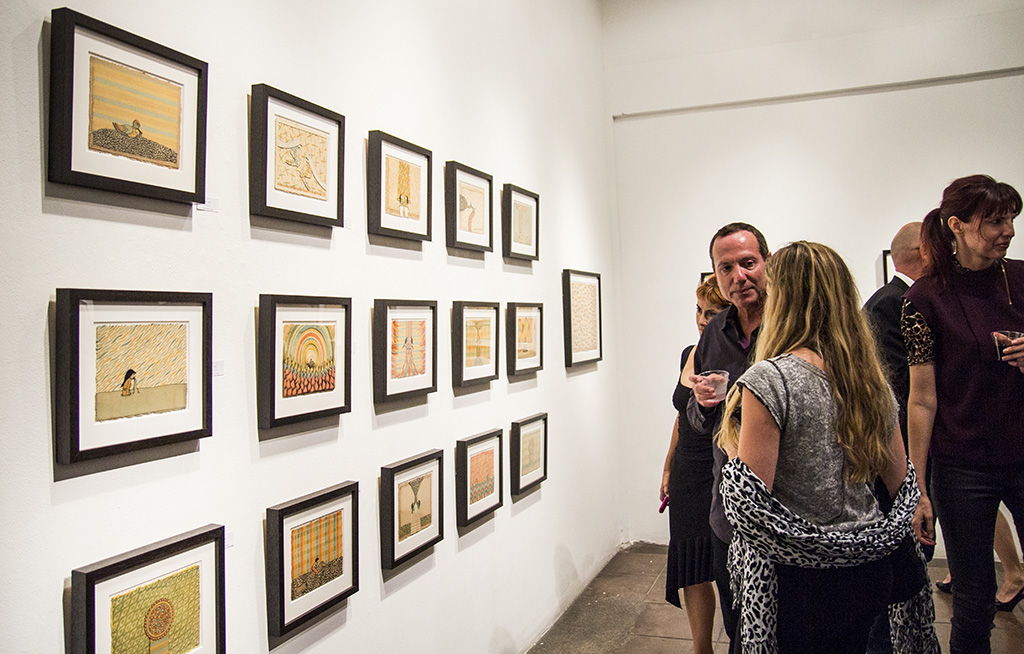 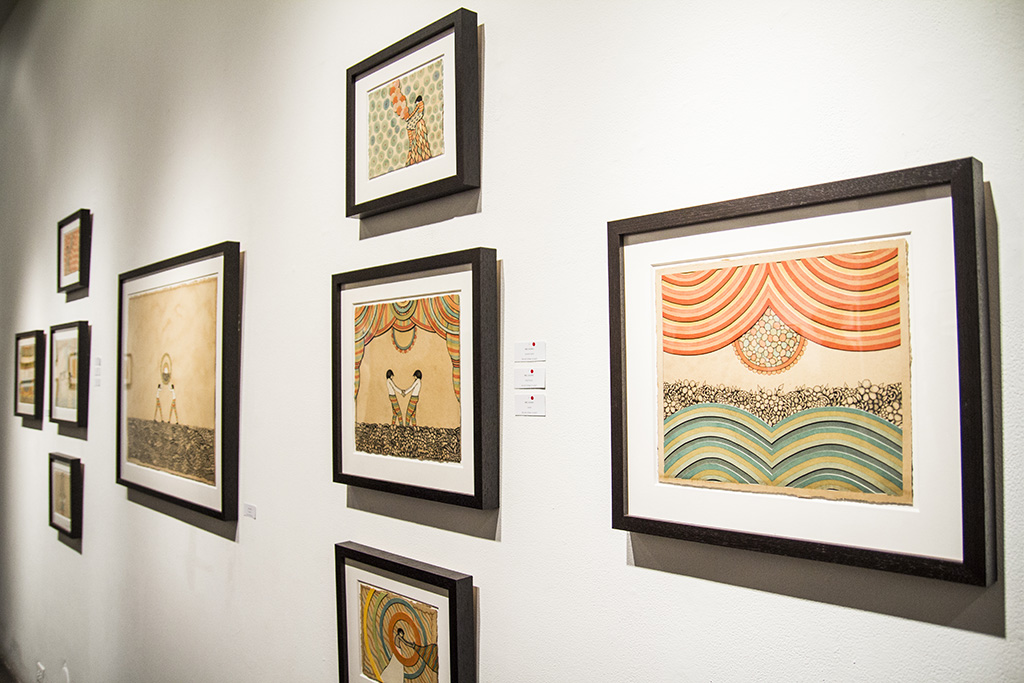 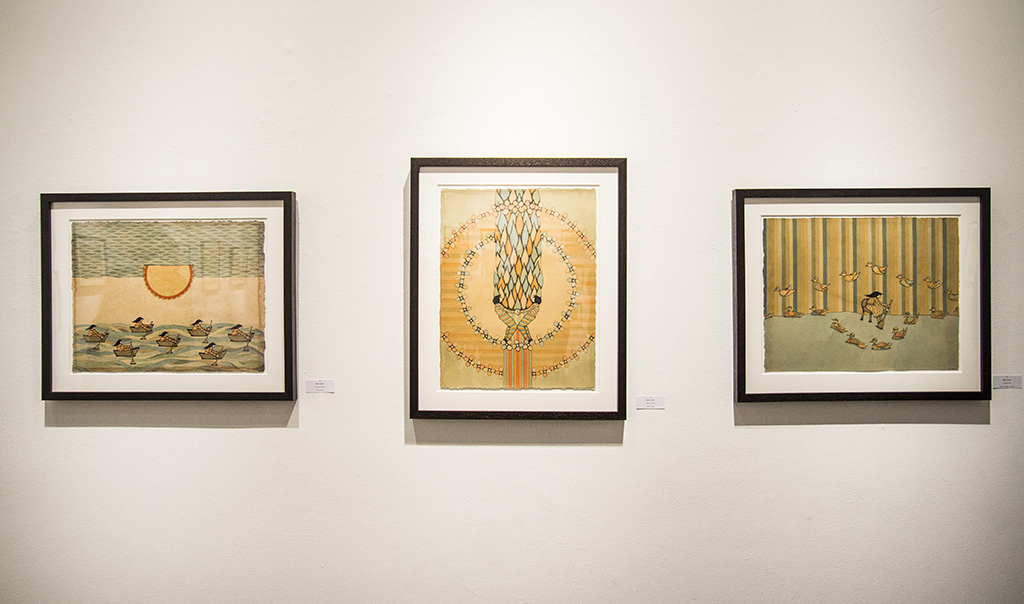 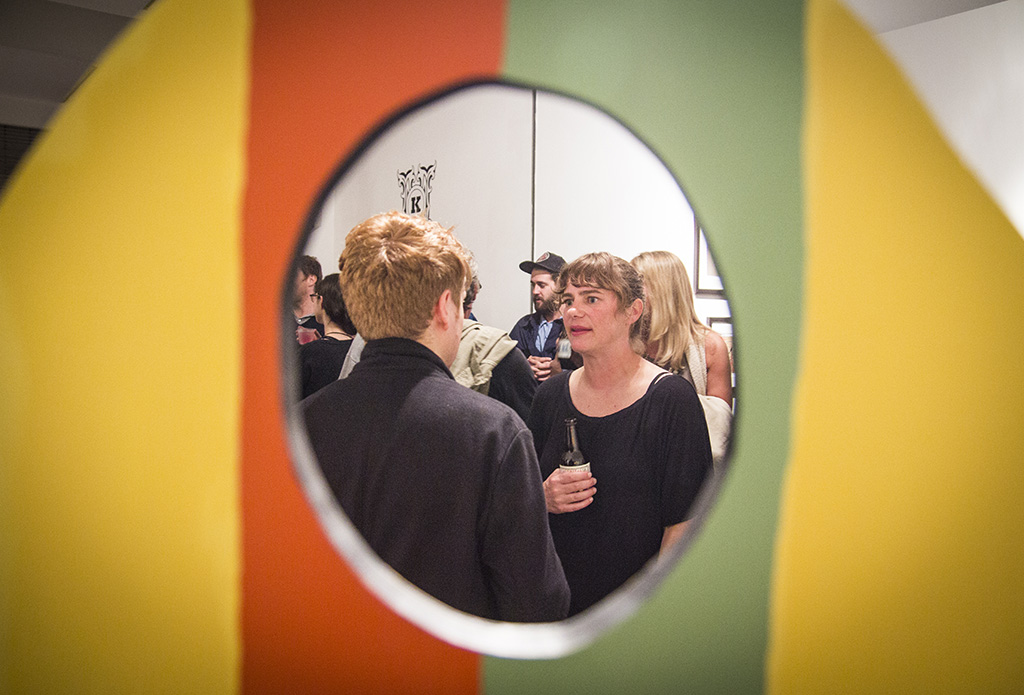 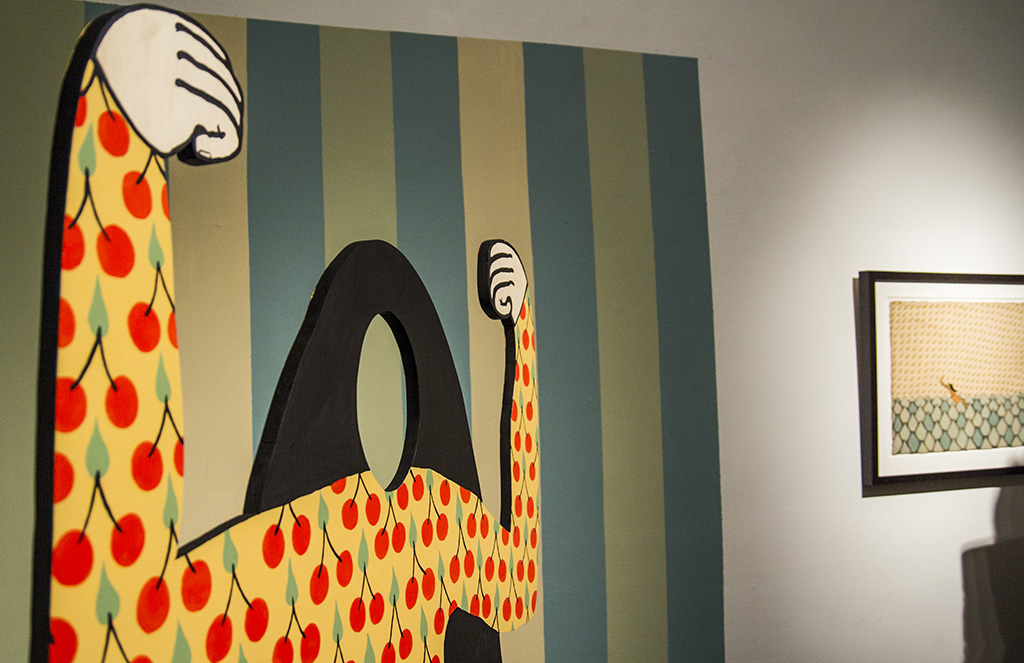 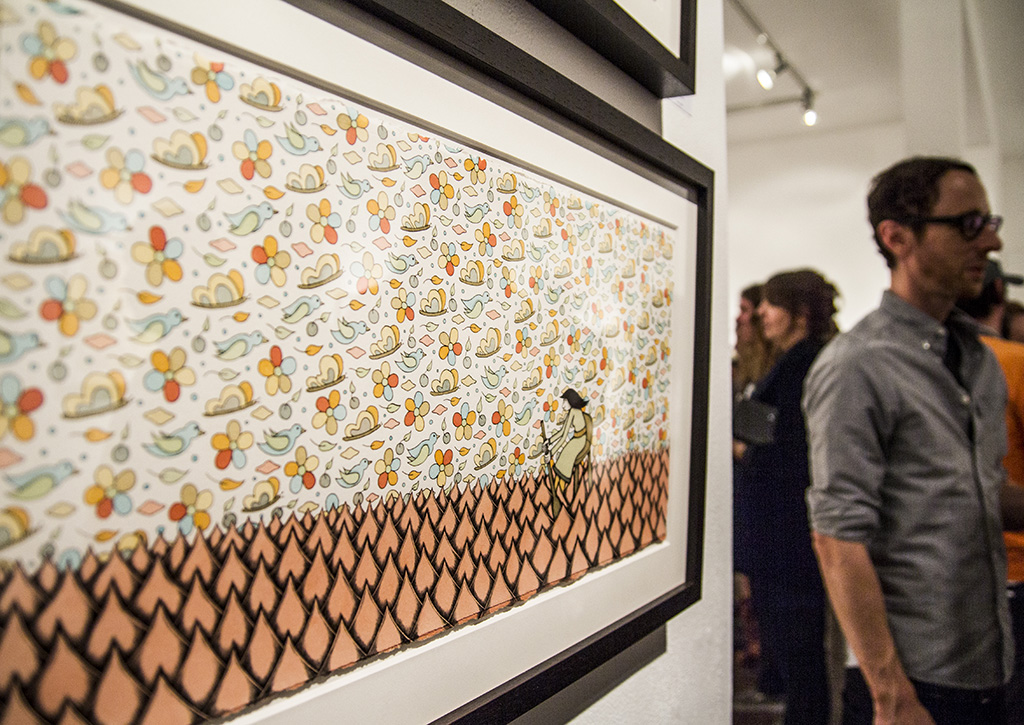 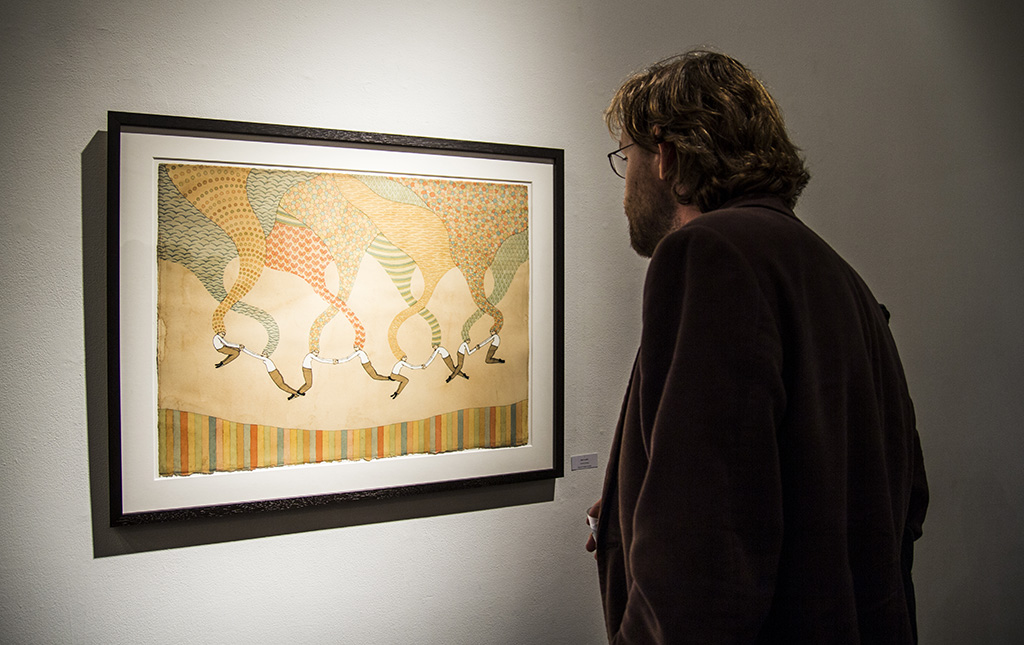 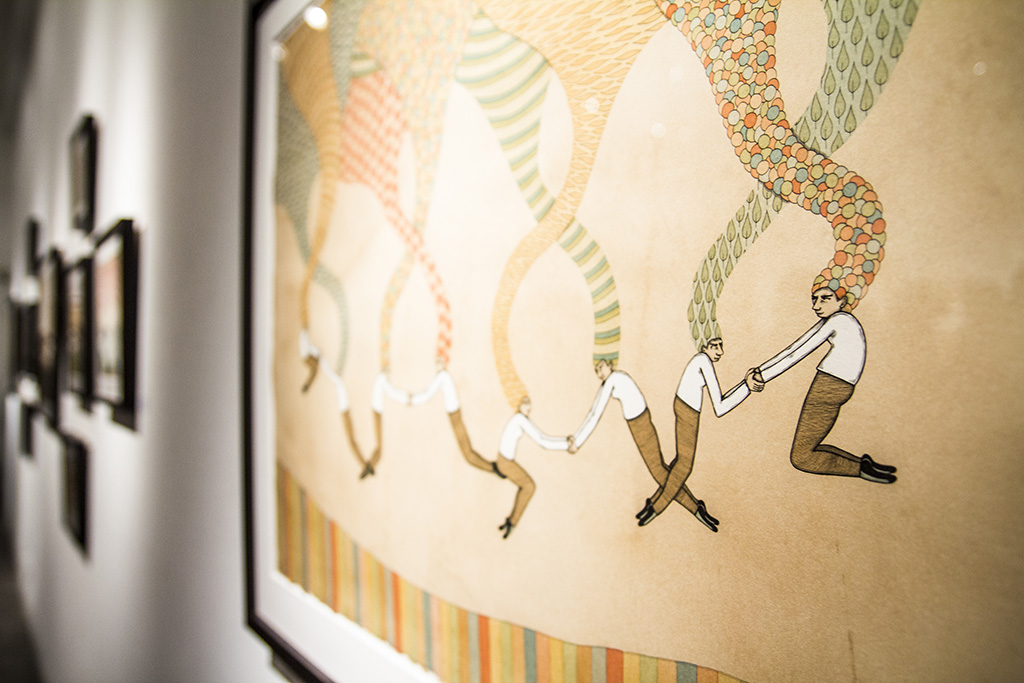