After sharing with you something we quite liked from Aakash Nihalani that he did for the Nuart Festival earlier this year, we were pleased to see that he has expanded on that piece in a series of works. Entitled Sum Times, the carefully executed pieces take advantage of existing urban elements and creatively applies the concepts of mathematics to them. Continuing to push the limits of the geometric forms that grew from the street placement of his original medium of choice – tape – Nihalani has introduced a new exciting facet in his rapidly expanding repertoire. Look for a solo from him in January at the Jonathan LeVine Gallery. 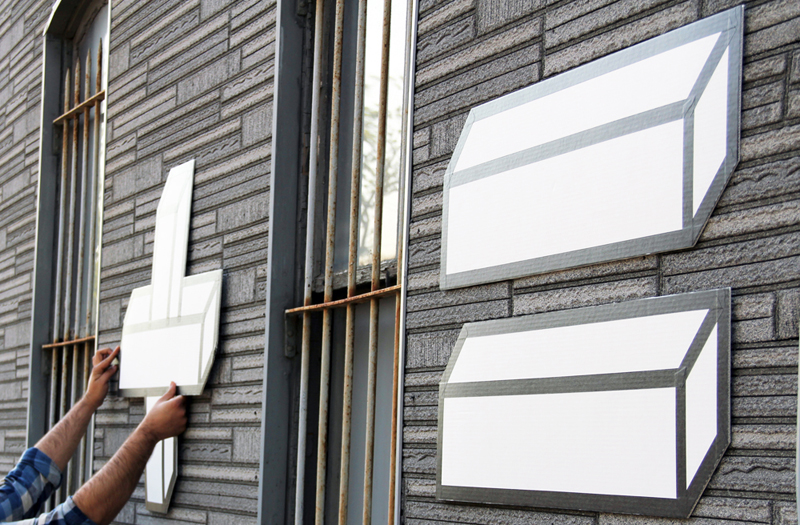 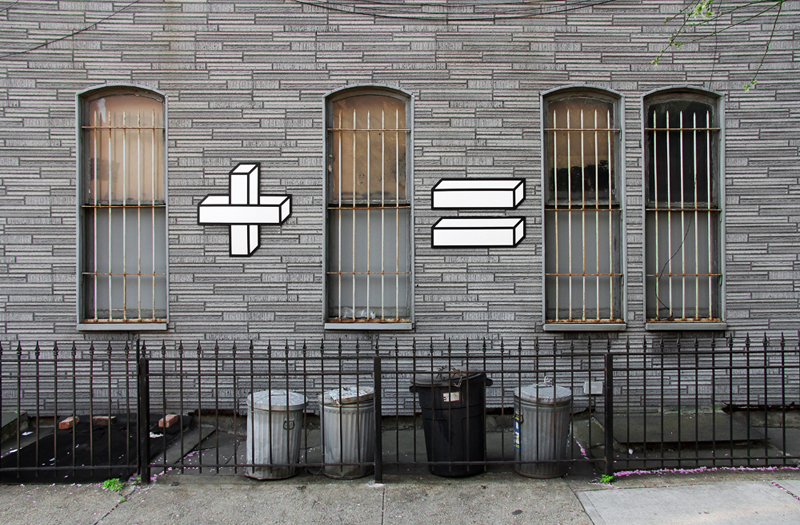