After making hitting both coasts of the US with his mural work (New York & Los Angeles), Eduardo Kobra has returned home for a new large scale project in Brazil. The 52 meter tall piece covers the entire side of a skyscraper on Paulista Avenue, one of Sao Paulo’s busiest streets, and is Kobra’s tribute to the famed Brazilian architect Oscar Niemeyer, who passed away last December at the age of 104. The work started on January 14th and since then, Kobra and four other artists from his team have been working on the painting around 6 hours a day to finish all the details. 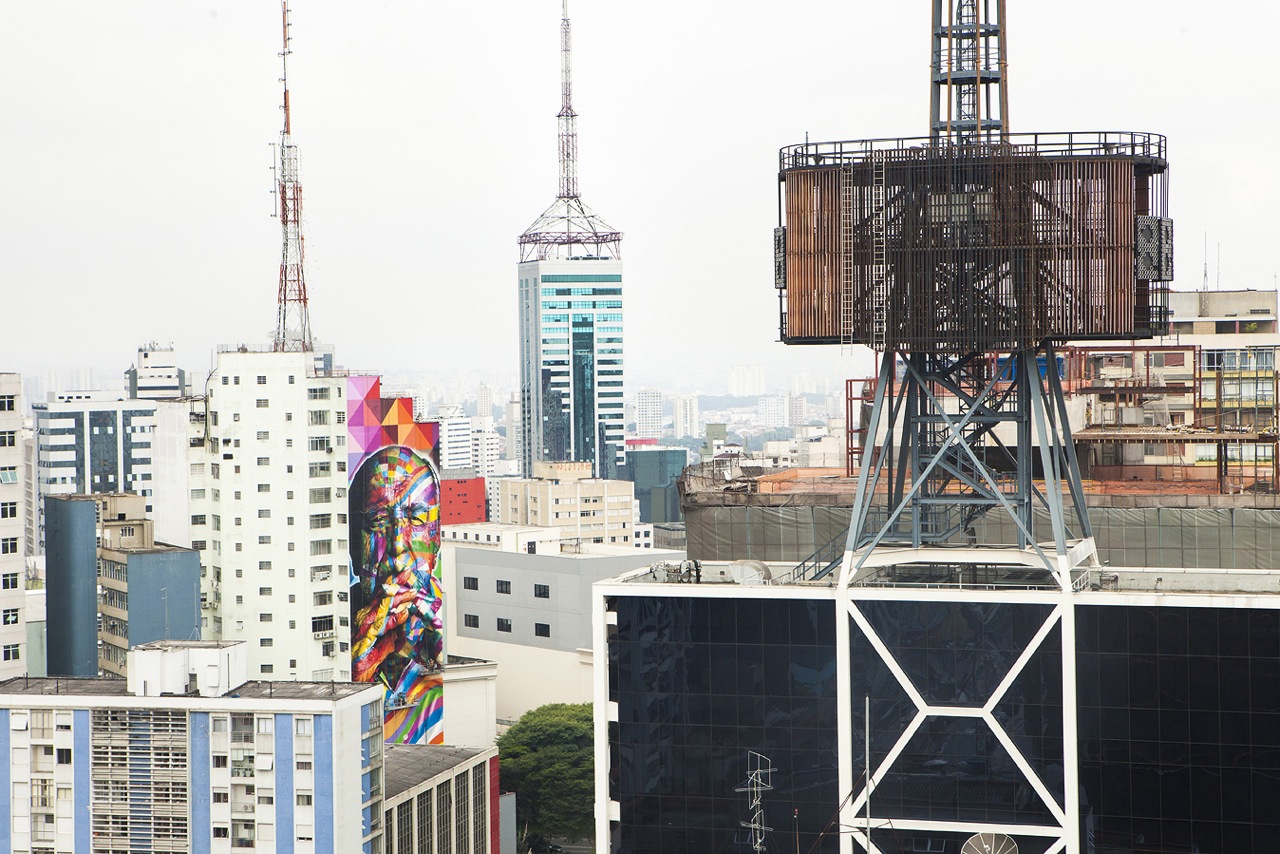 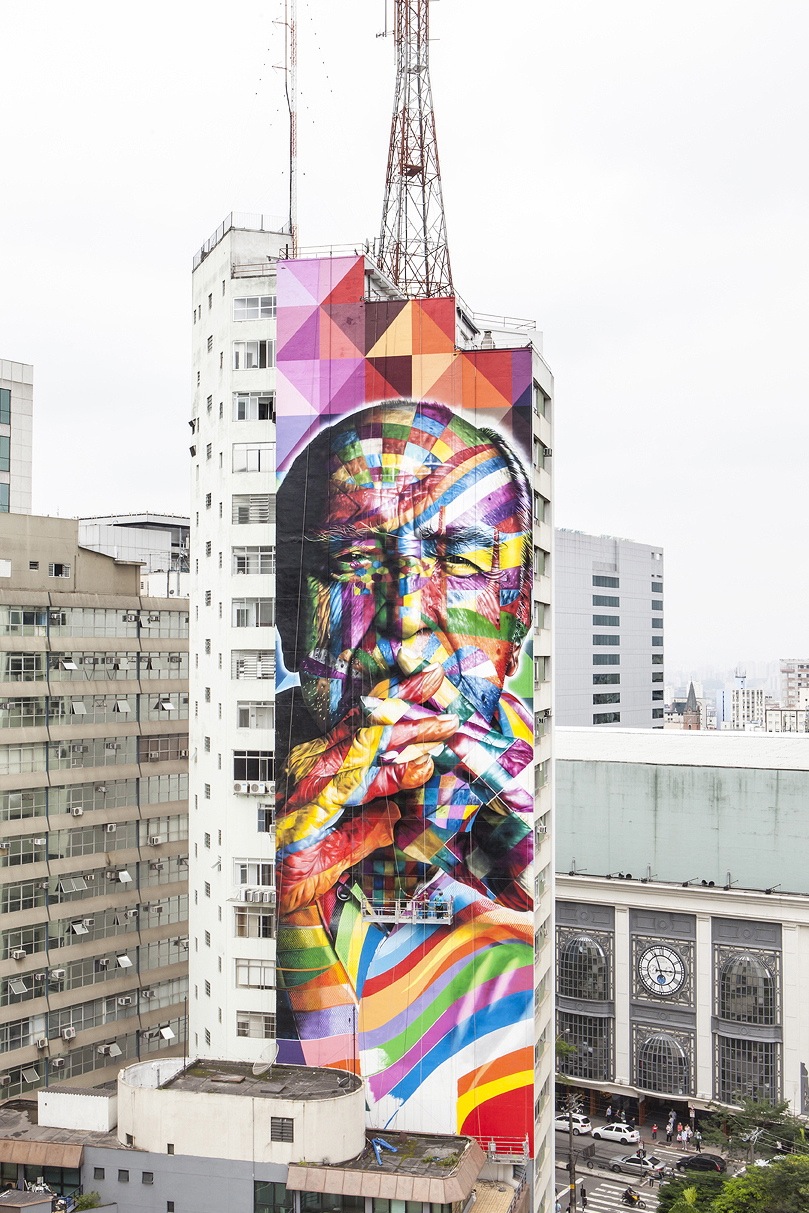 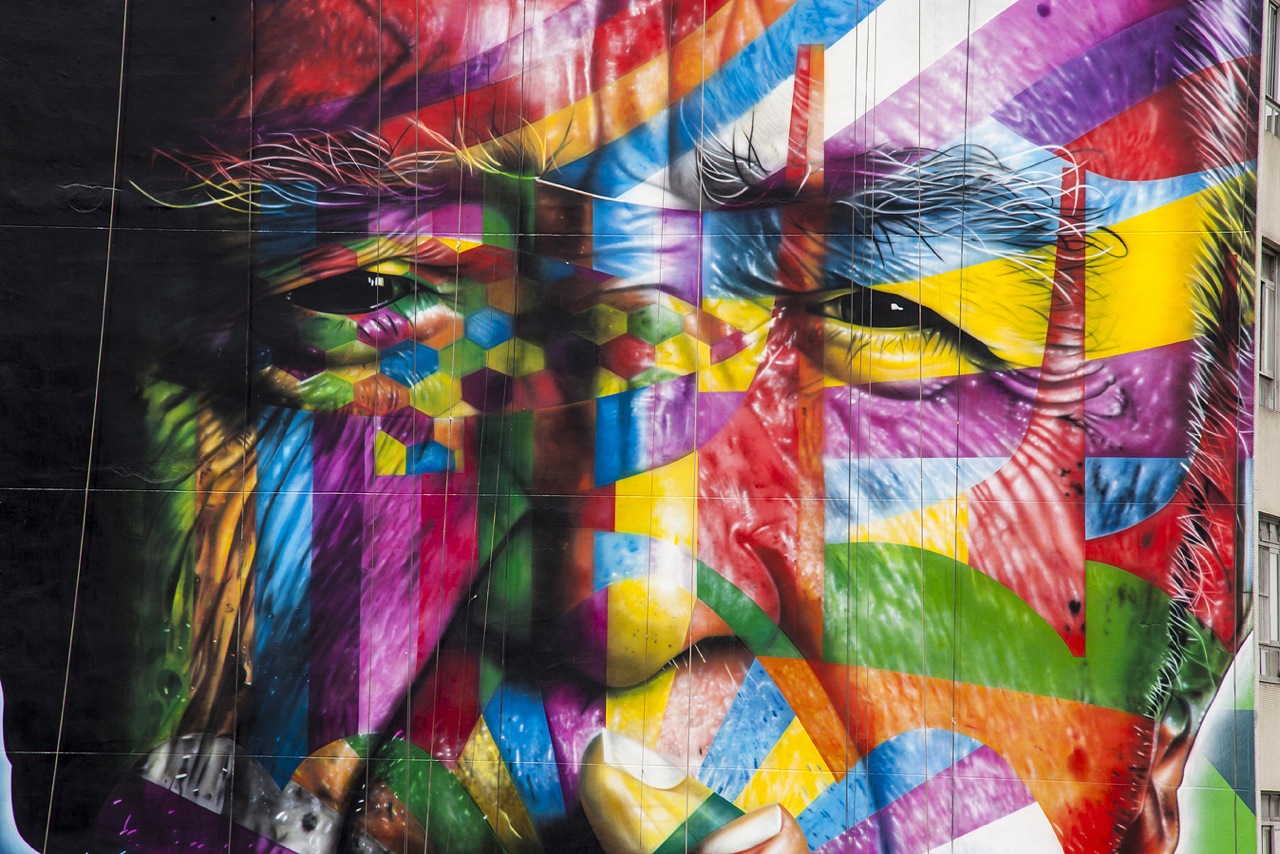 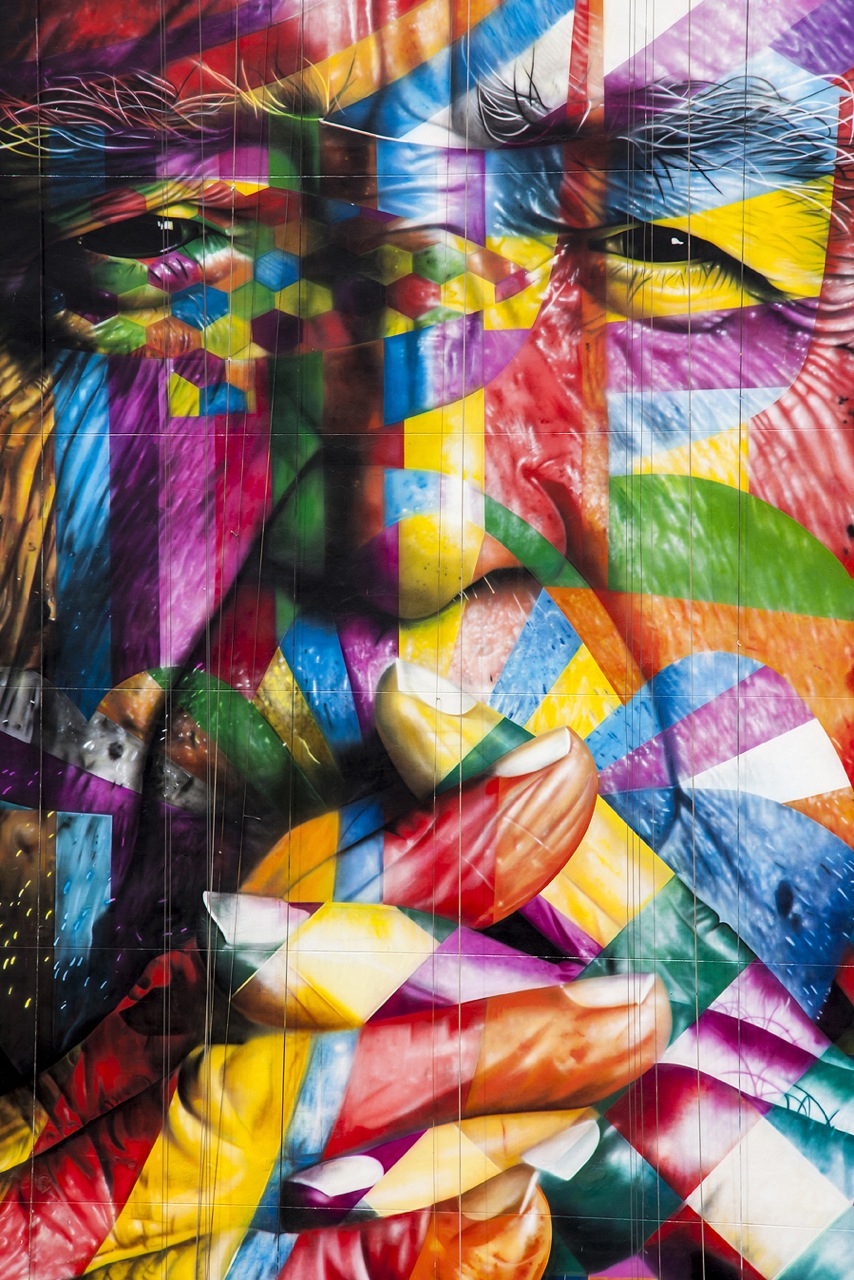 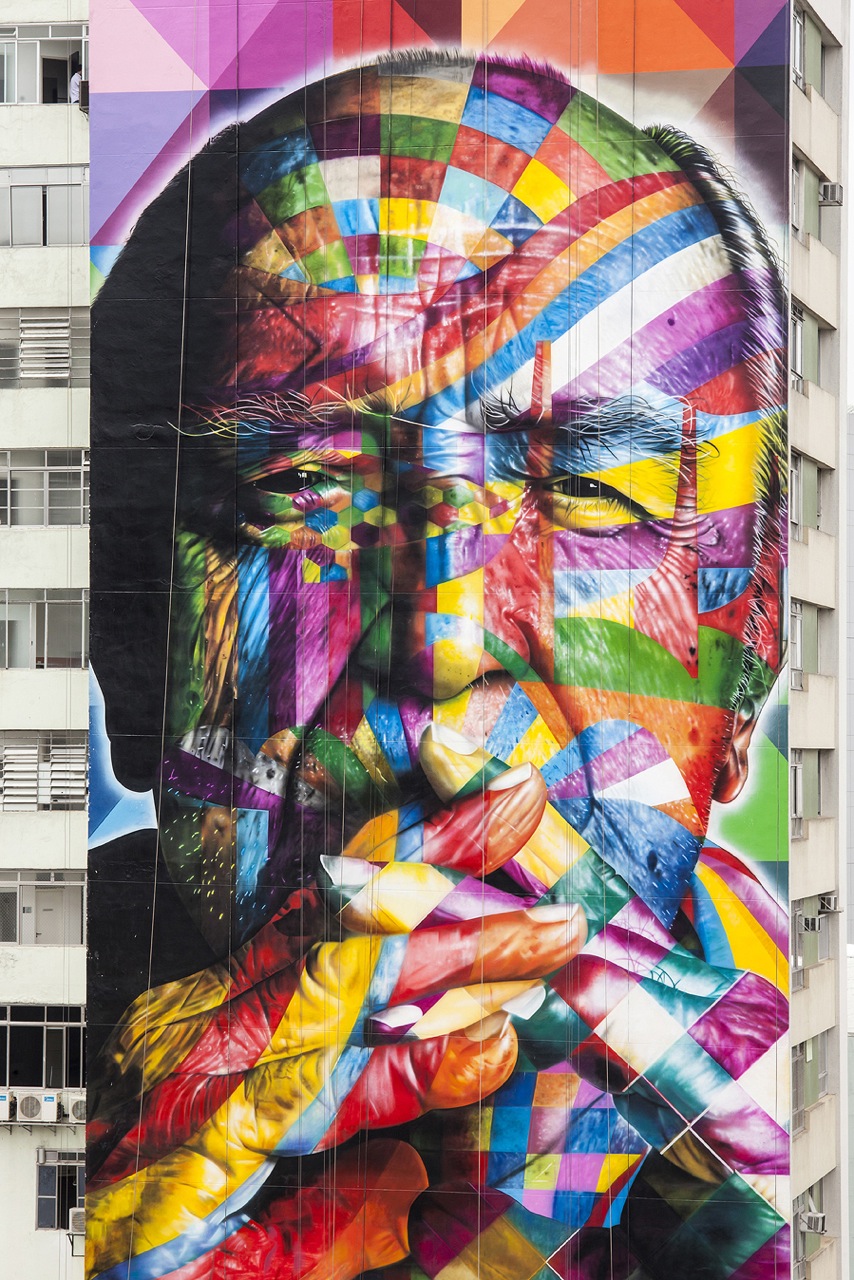 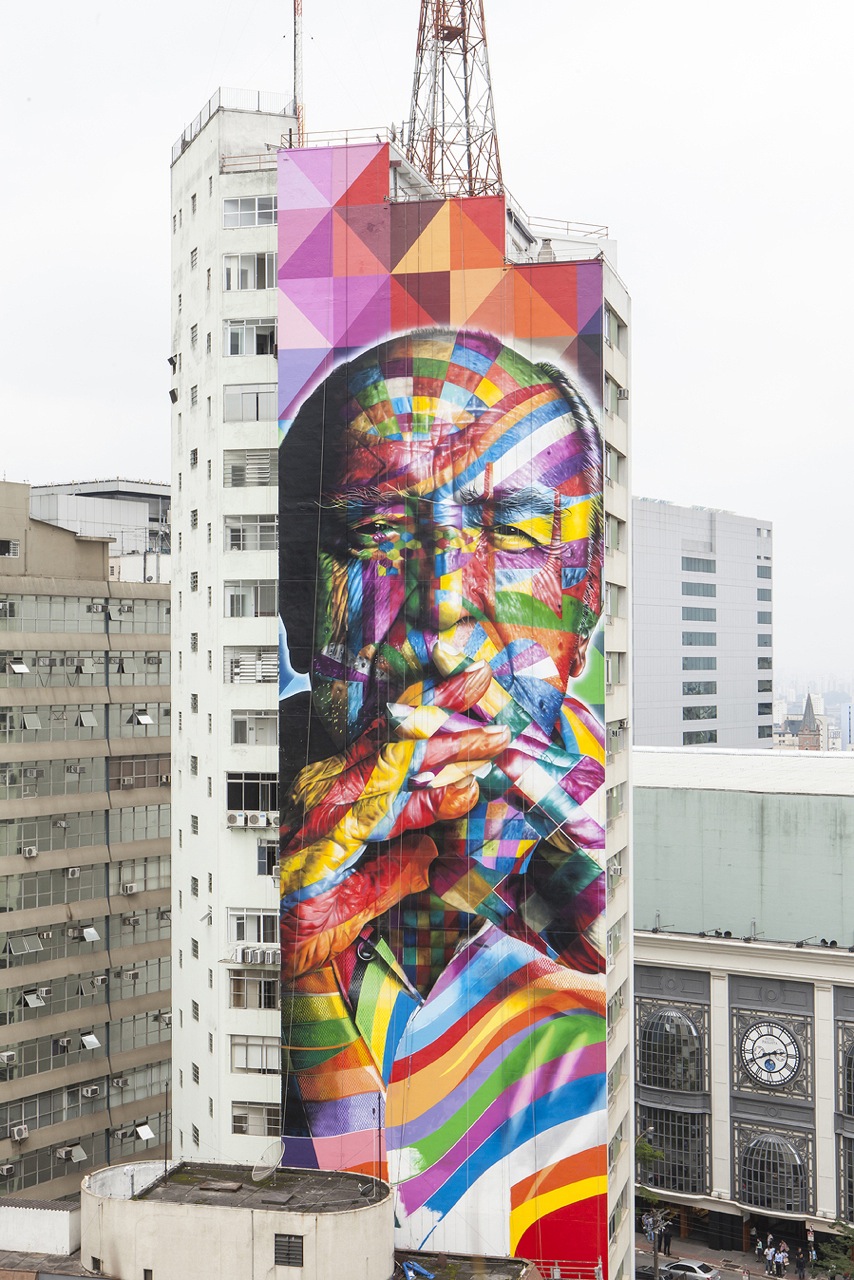