Lithuanian artist Ernest Zacharevic and NYC-based photographer Martha Cooper (interviewed) recently released the info about their collaborative project of six weeks entitled #ReplayNYC on the streets of her hometown. Based on the idea of re-imagining selected pictures from Cooper’s impressive collection of photographs through Zacharevic’s brush, the project includes murals and street art interventions.

Though generations apart and coming from different sides from the world, both artists have a  strong passion for capturing the charm and magic of a creative moment. For Cooper, that has been photographing graffiti and street artists at work, and for Zacharevic, it’s children at play. Interestingly enough, it’s photographing children playing that granted Cooper the entry to the underground graffiti world back in the 70s. This eventually lead to the release of the legendary Subway Art book, which later became one of the main sources of inspiration for the young graffiti kid Zacharevic.

A couple of decades later, the two met and came up with the great concept to close this circle by having street artist recreate seven iconic images on the streets of NYC. Painting directly on walls, using cutout panels to recreate the setting, or just using found objects as his canvas, the Malaysia-based artist recently finished this unique series of work. Utilizing classic painting skills along with his love for graffiti and street art, he brought some of the vintage vibe captured through Cooper’s lens back onto the streets of the Big Apple. The duo will be continuing their collaboration with the piece Zacharevic is creating for Wynwood Walls in Miami. 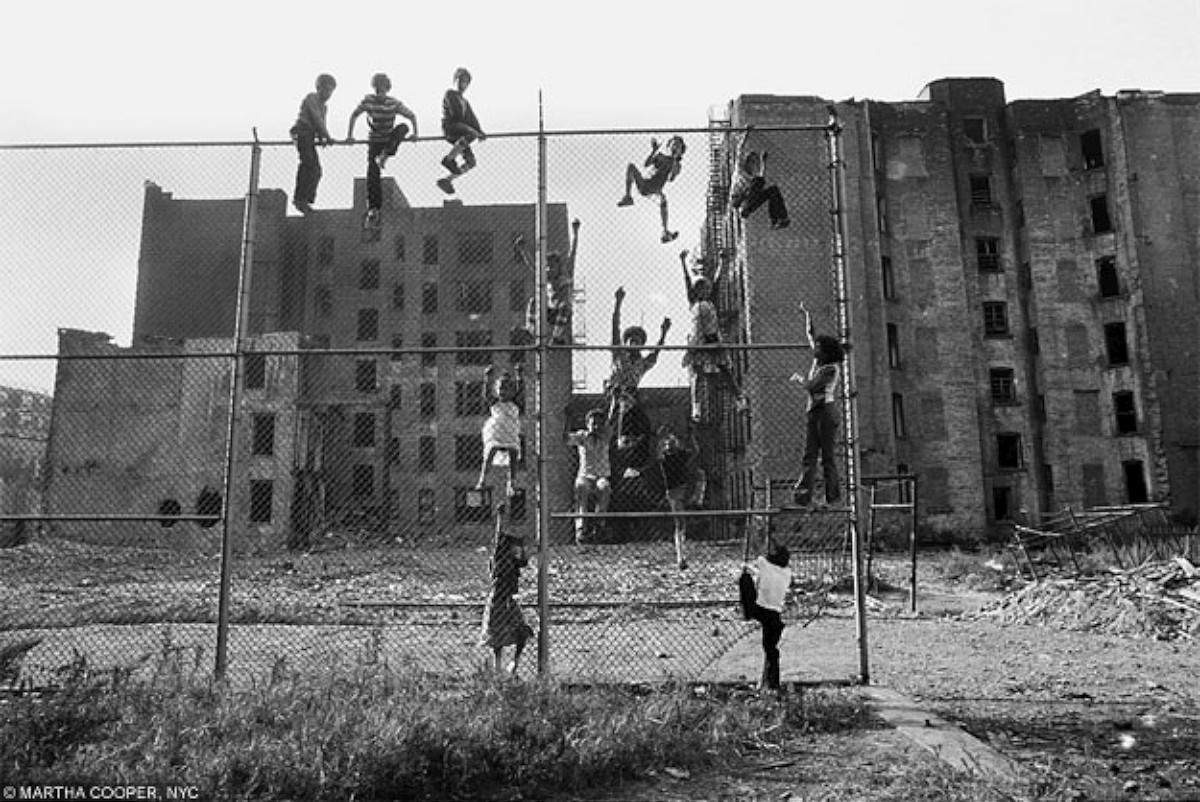 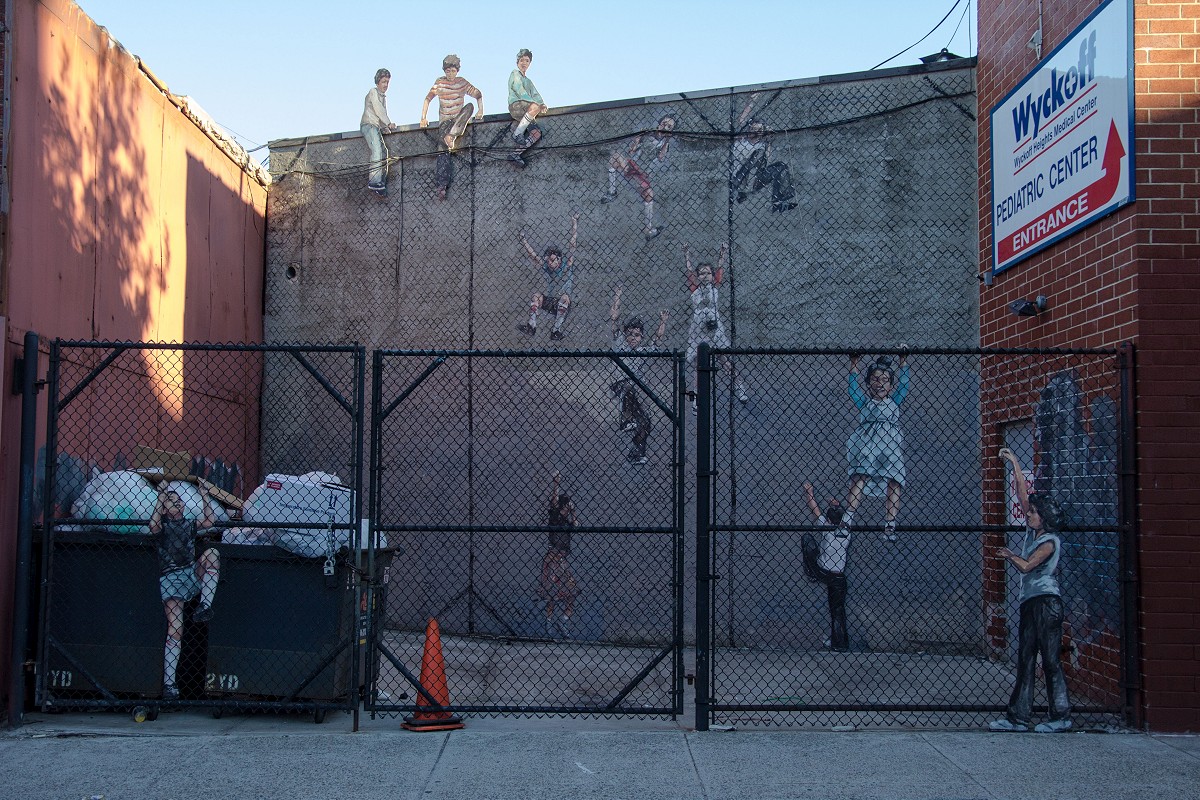 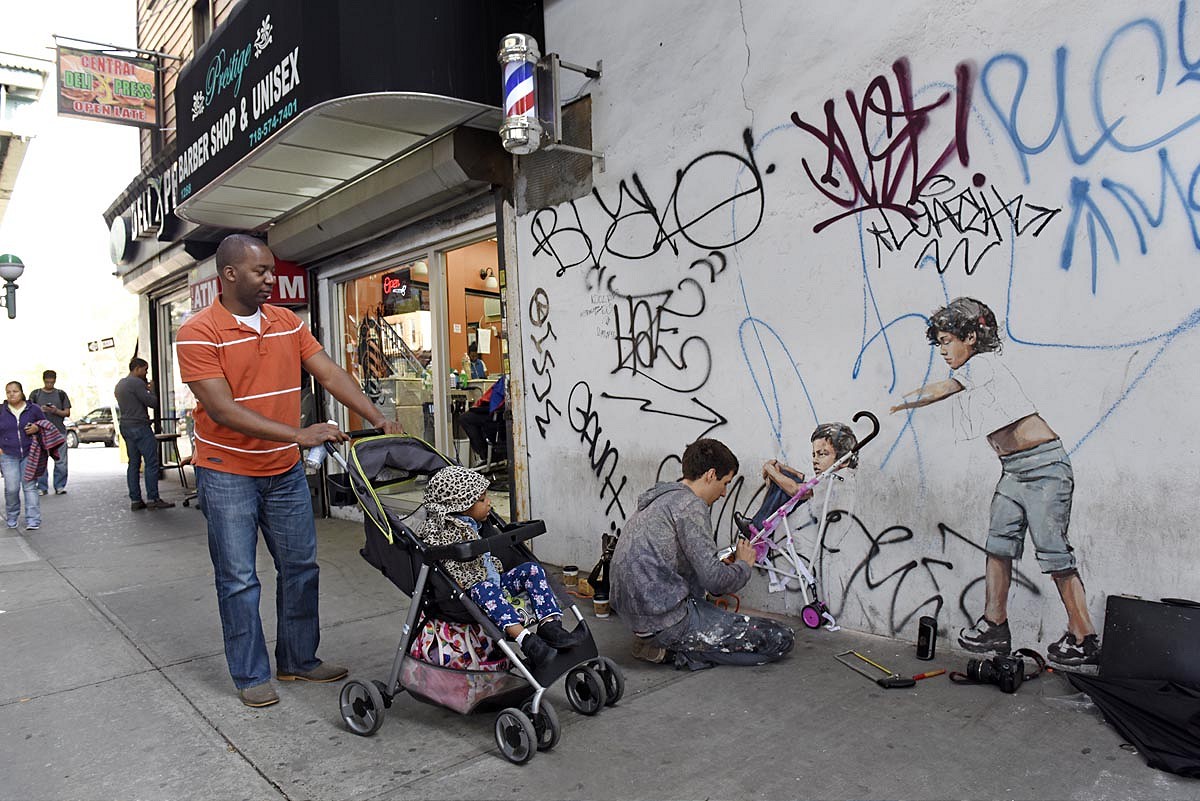 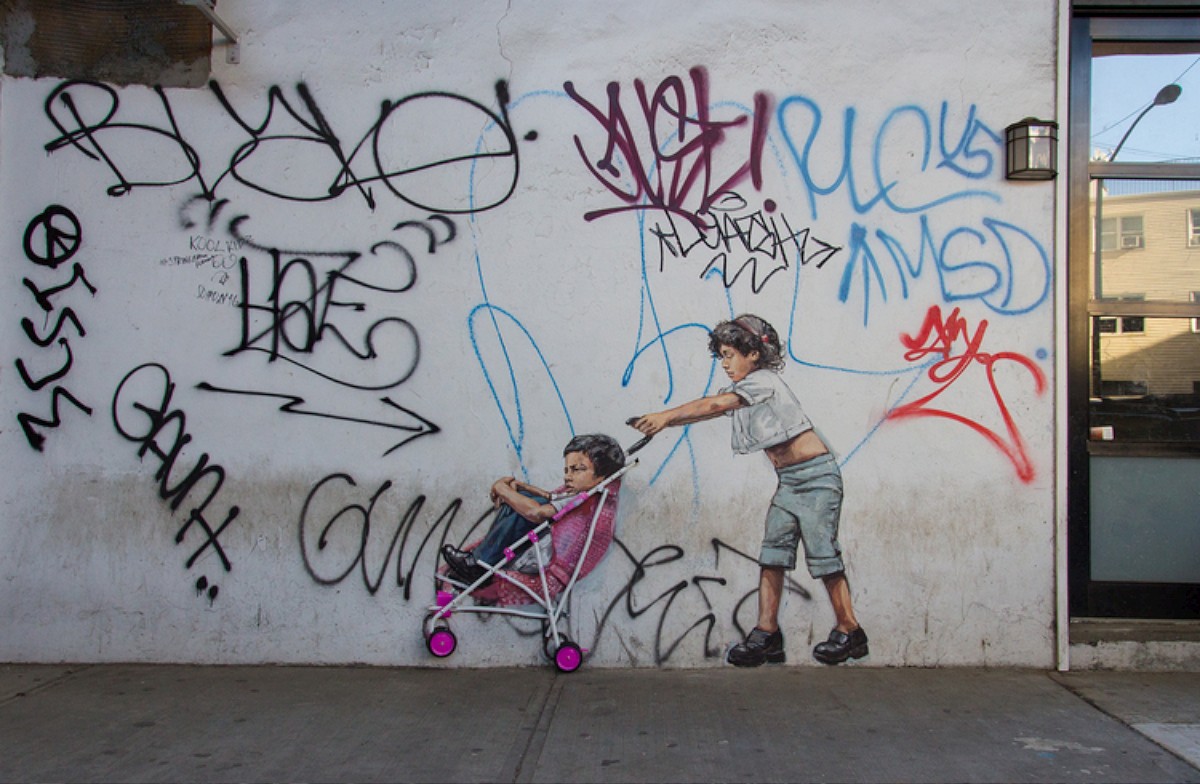 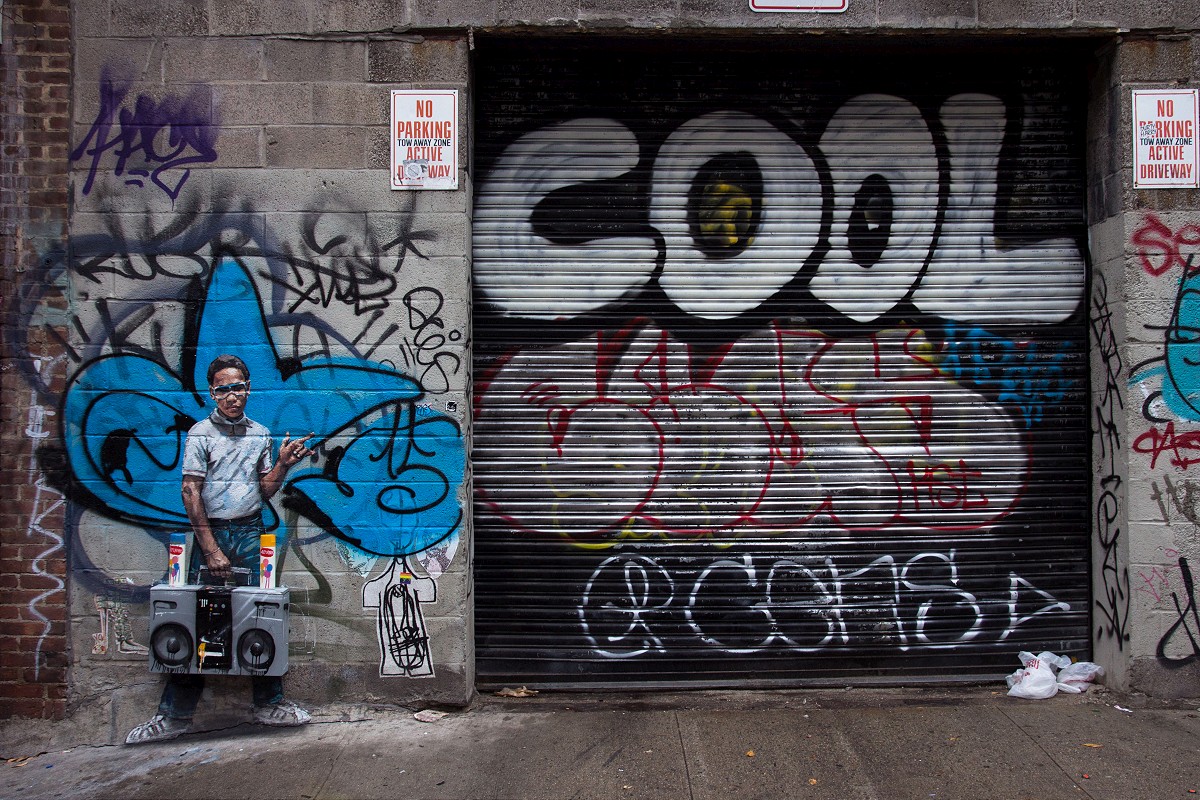 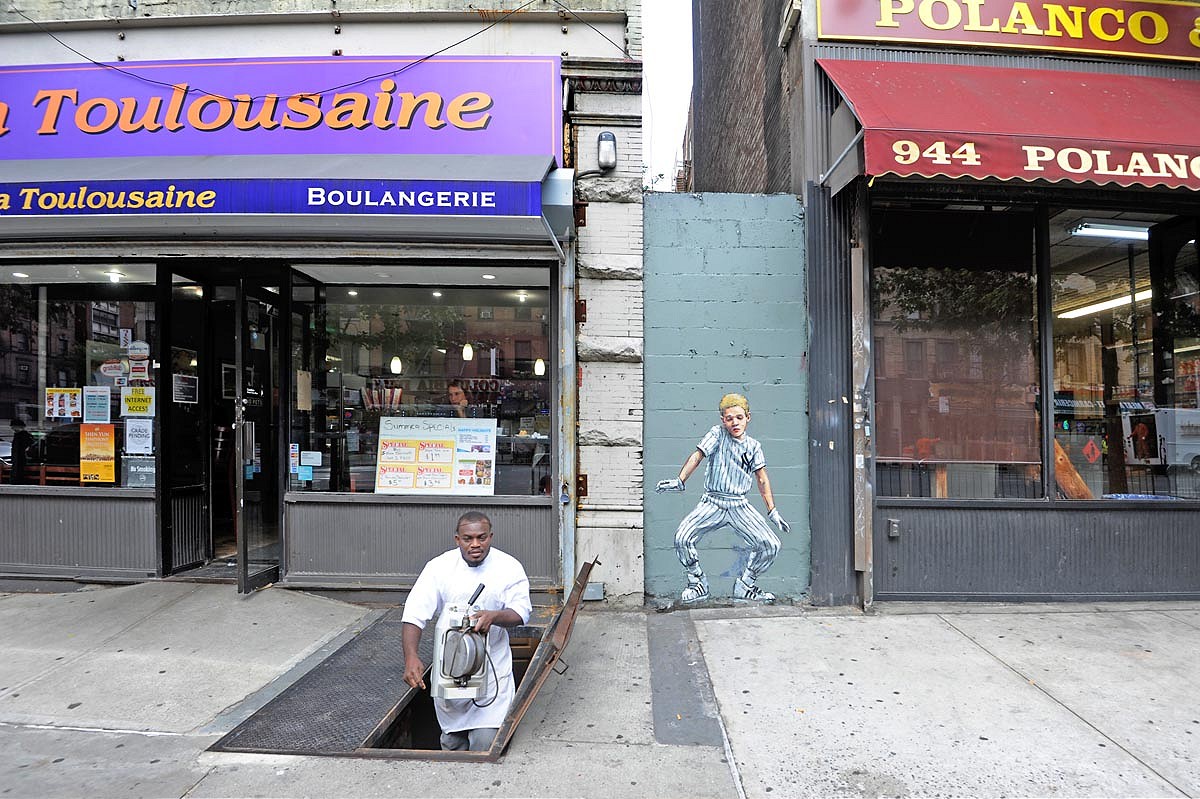 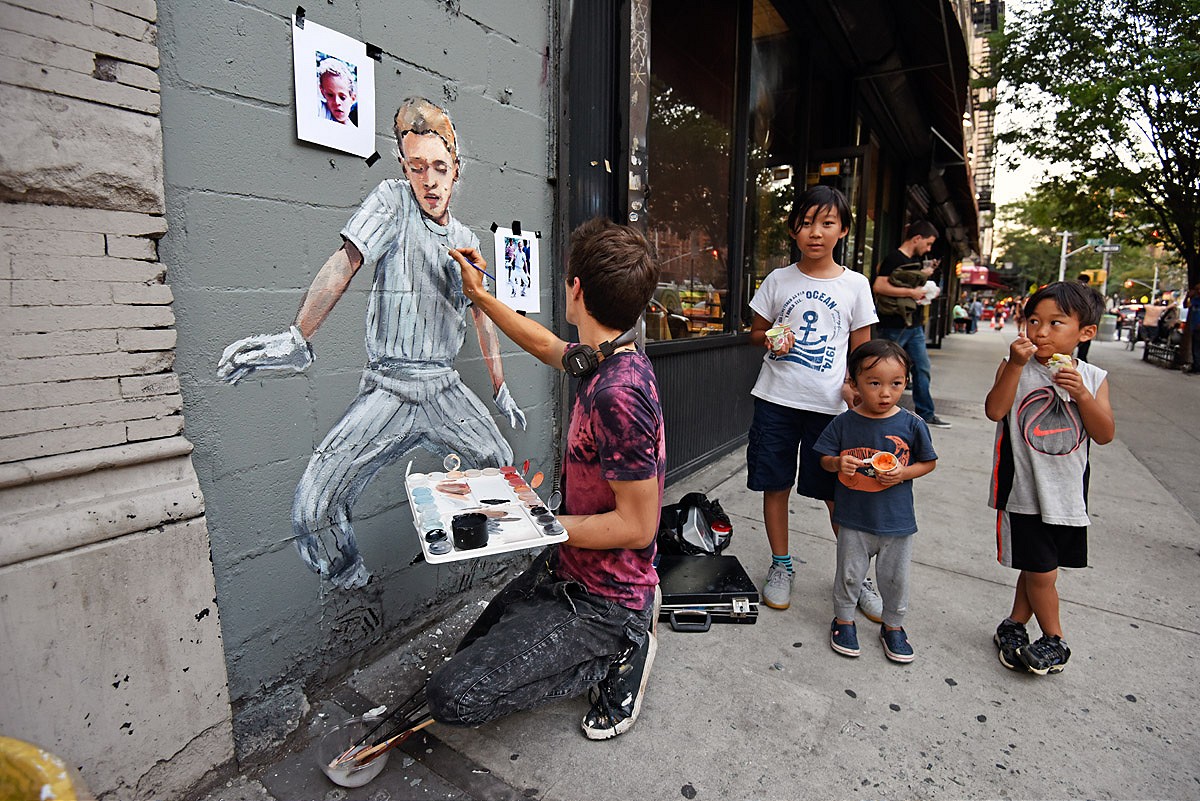 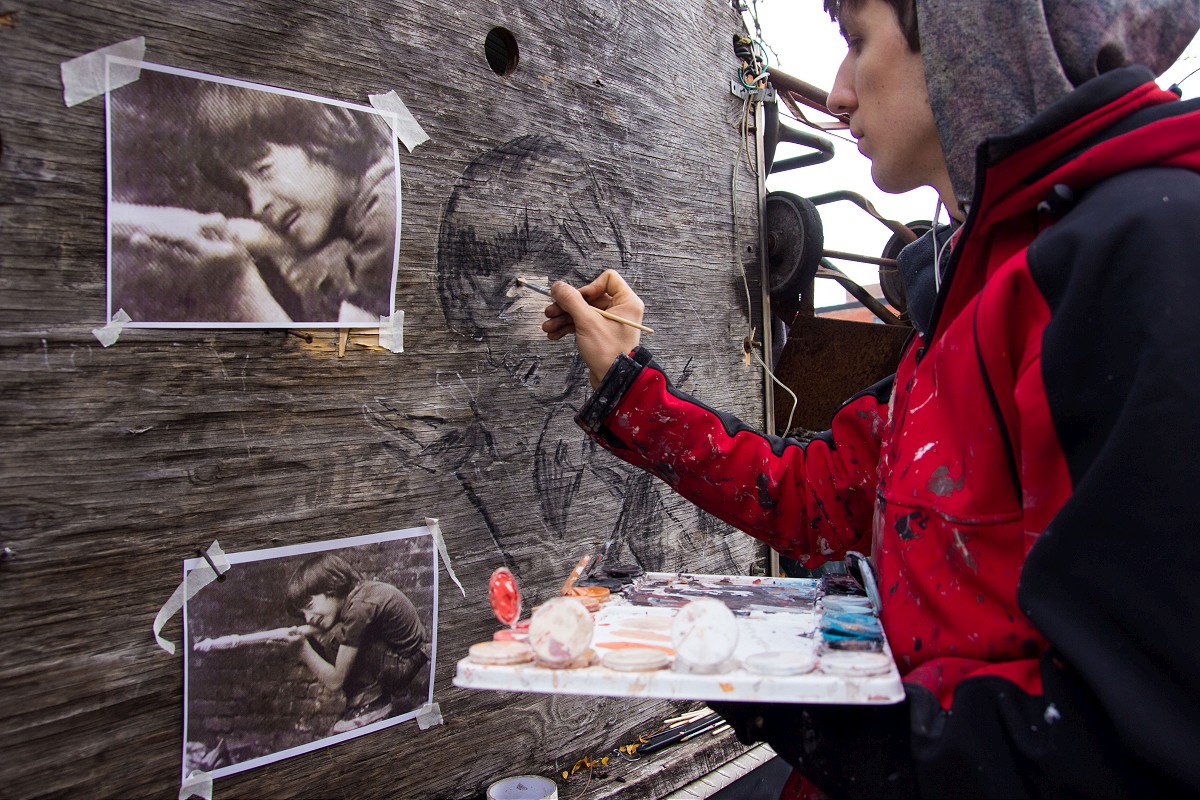