Starting a few days ago, passerbys of some of London’s ITV buildings were treated to an unsettling sight if their eyes lifted to the sky. What appeared to be 84 men, standing on the edge the rooftops as if about to jump, were installed by Mark Jenkins (interviewed) and collaborator Sandra Fernandez as part of a campaign being run by the Campaign against Living Miserably, or CALM. Dovetailing nicely with the  American street artist’s habit of leaving his signature packing tape works in the public arena for people to come across, the project saw Jenkins working with the friends an families of the men who took their own lives.

Project 84 brings attention to the fact that 84 men commit suicide every week in the UK, and wants to eliminate the stigma of mental health issues. The website features stories and videos about each victim and there is a online petition to encourage the British government to fund more suicede prevention and bereavement support programs. The installation will be on view through April 1st. 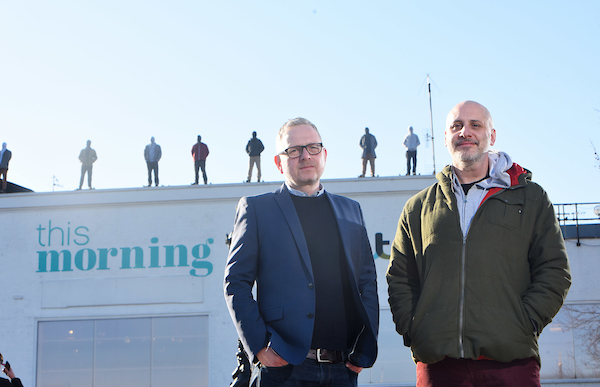 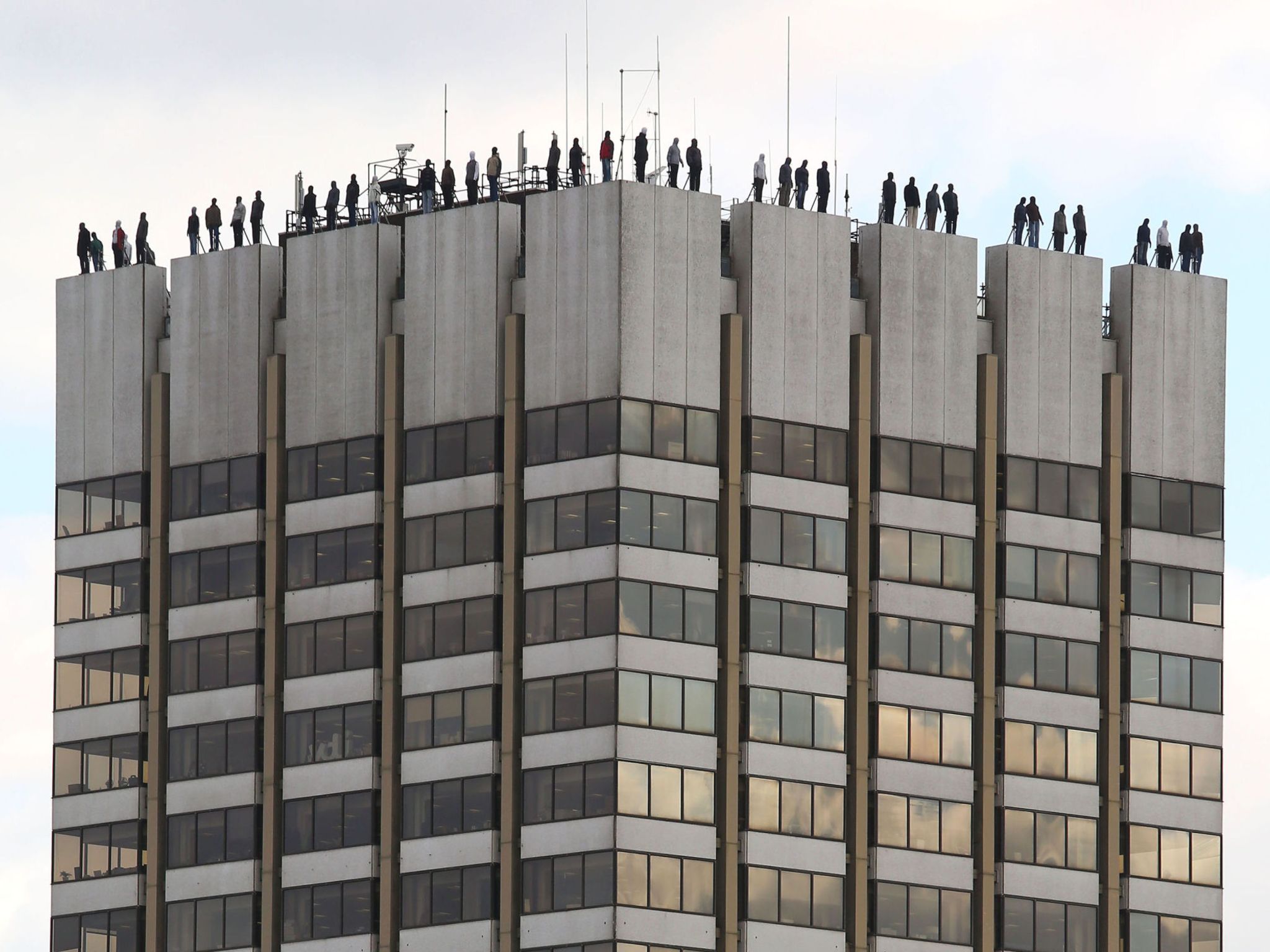 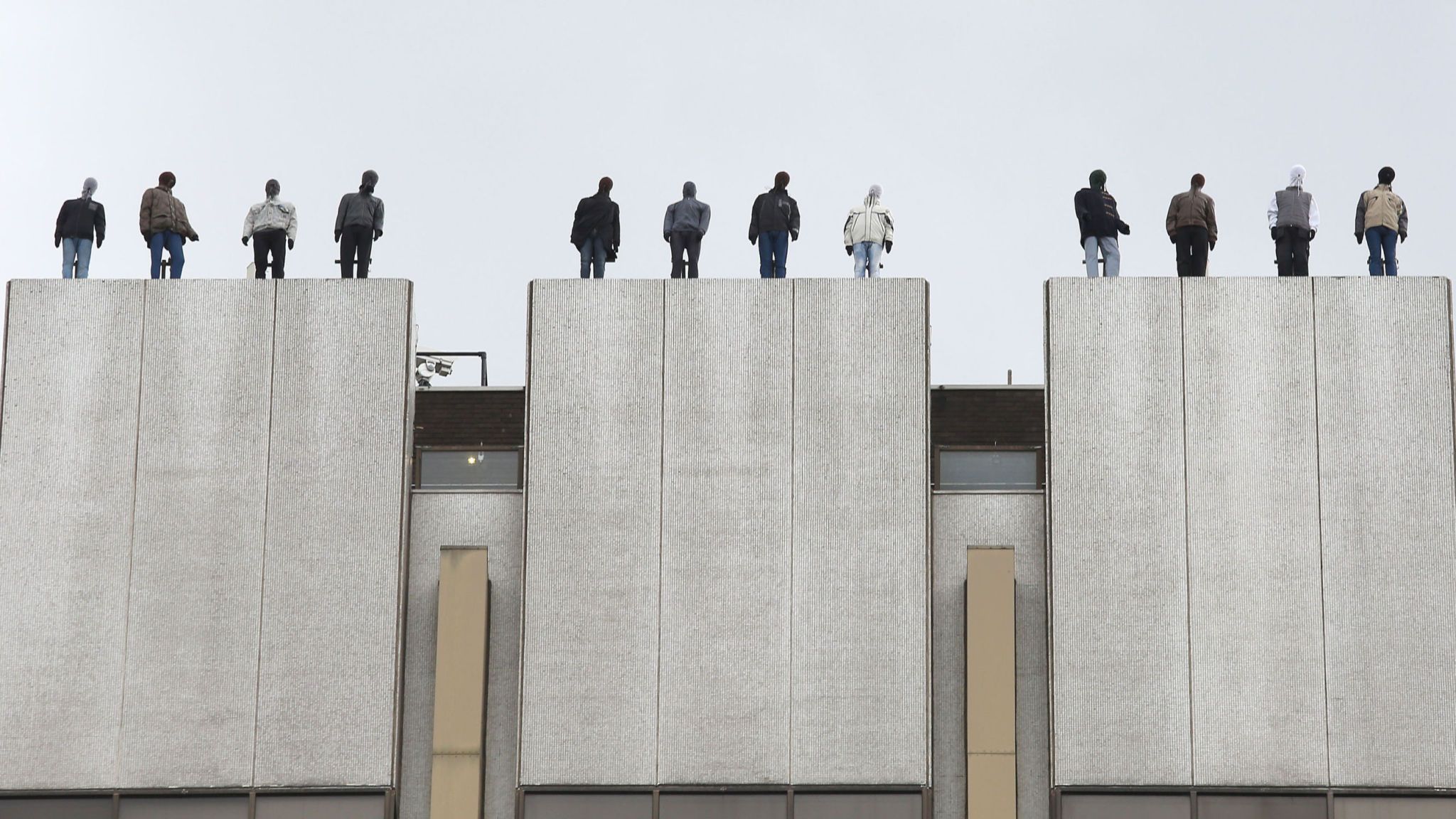 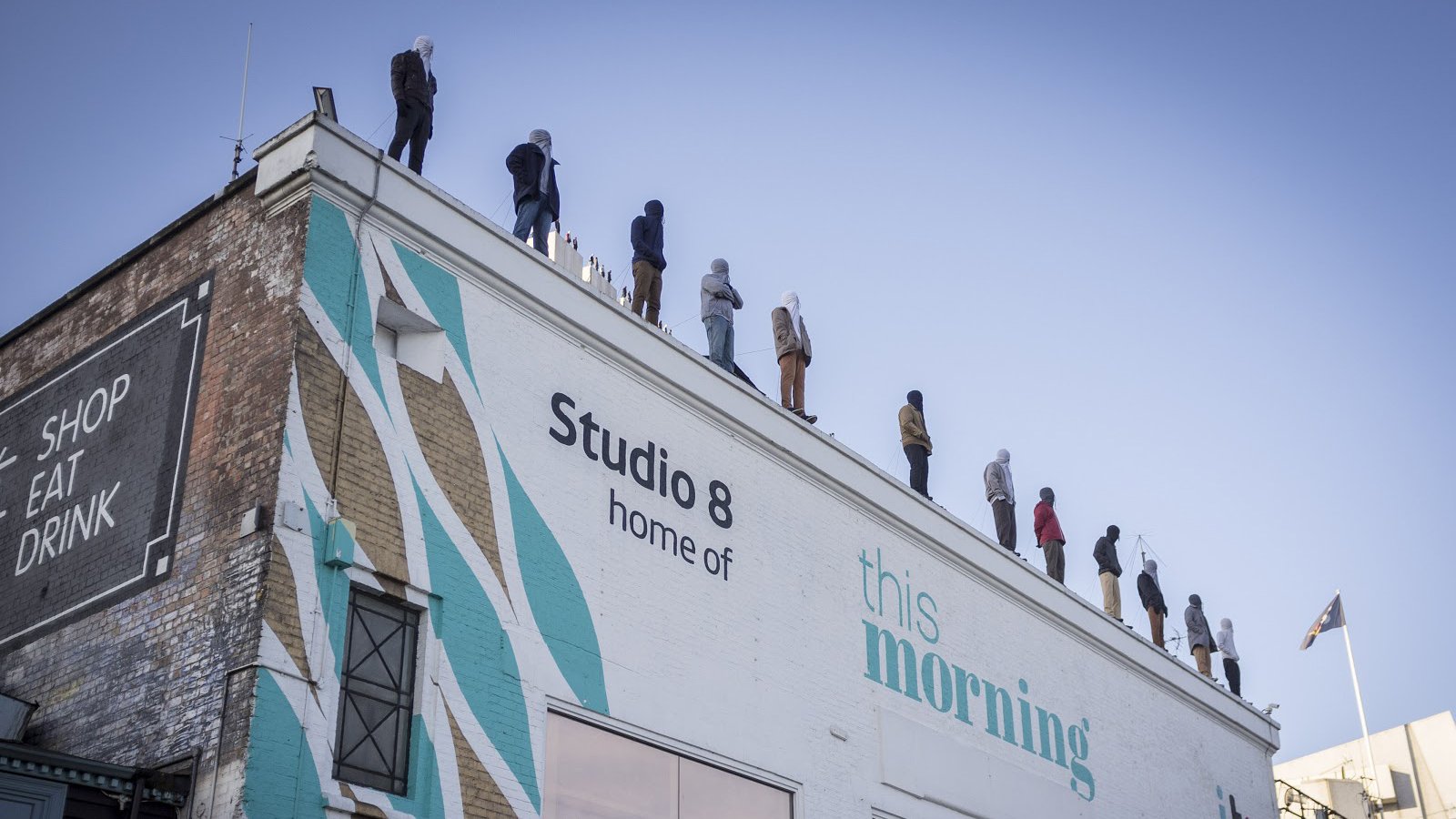 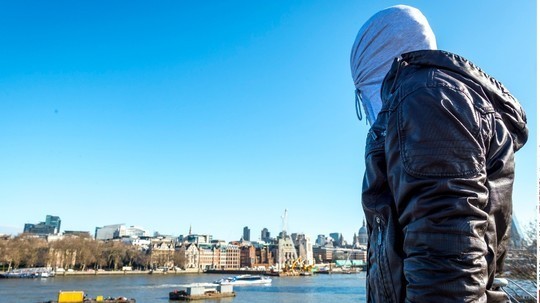 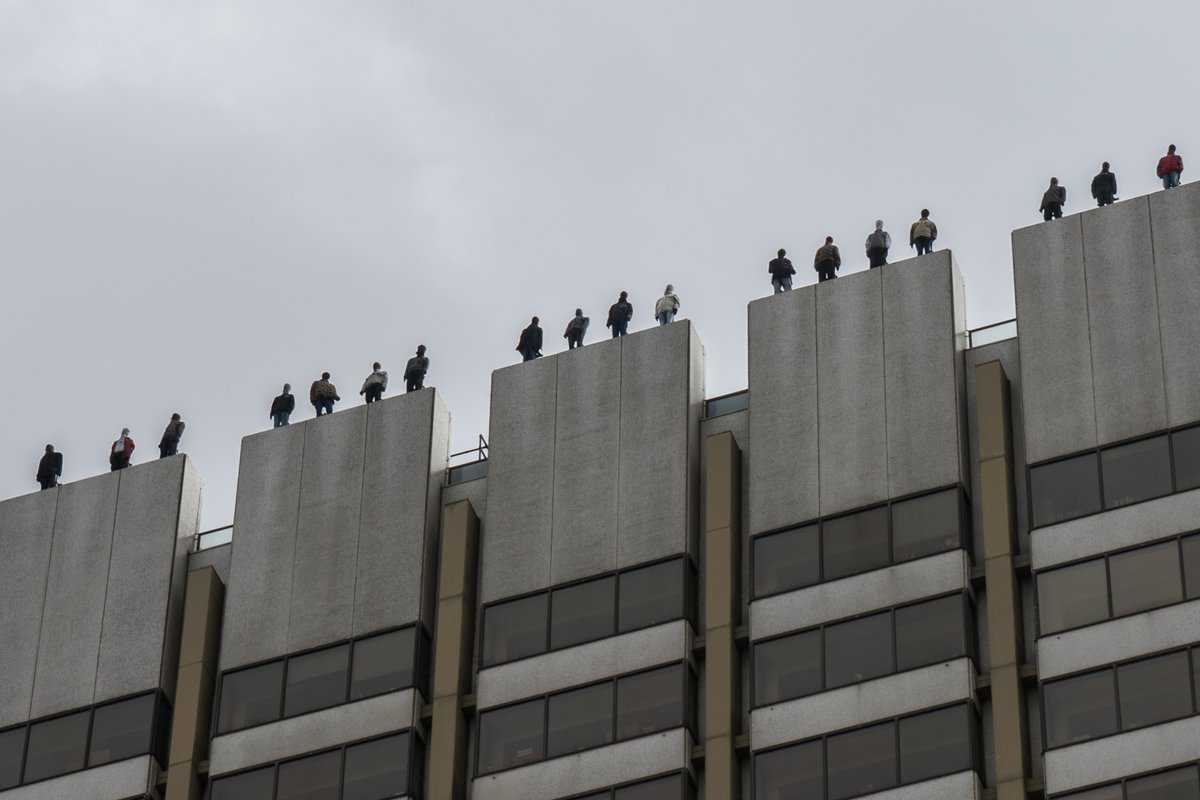 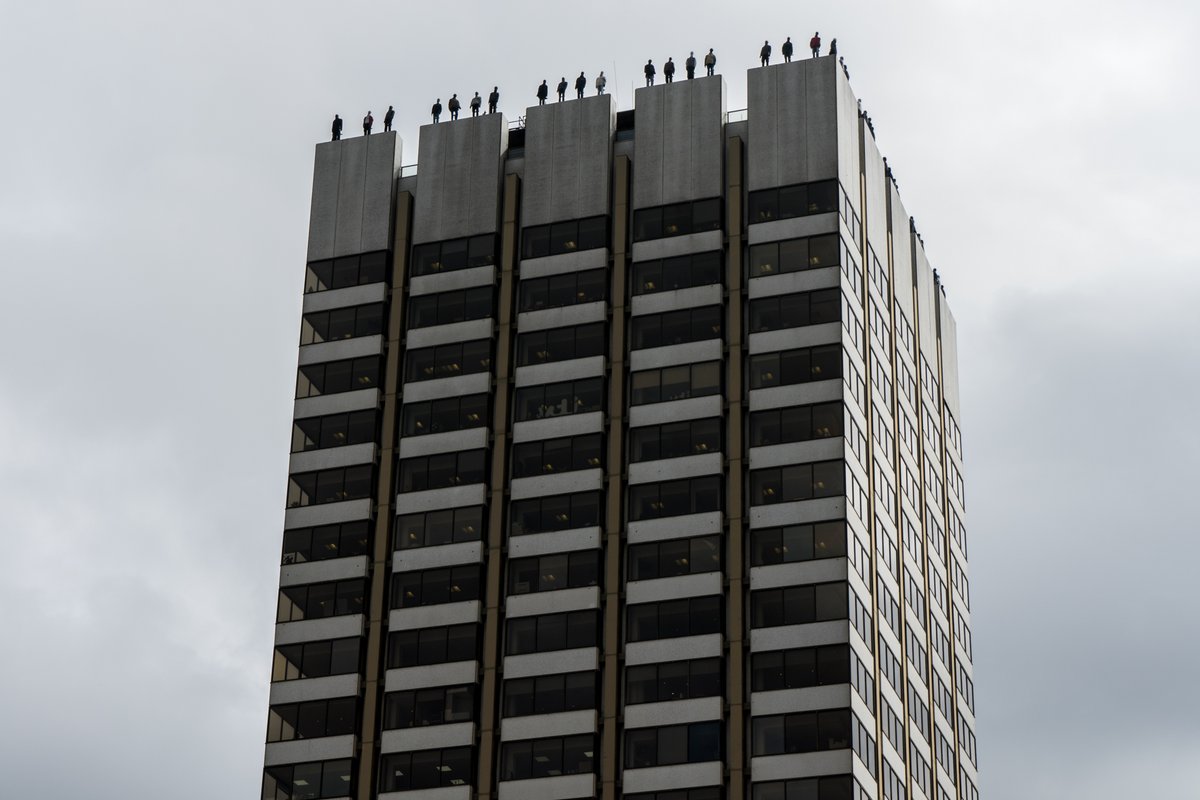 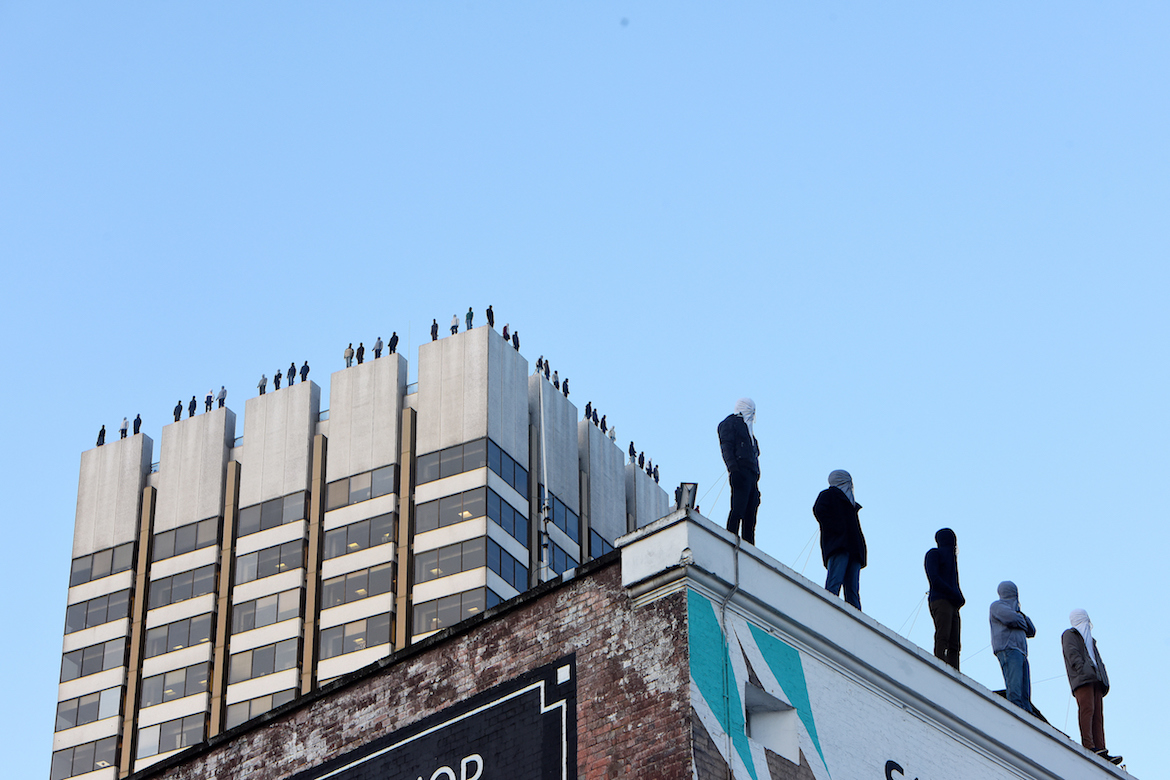