British artist Remi Rough (featured) just opened his first New York solo at WallWorks Gallery in the Bronx. Running until December 13, 2019, Air Miles and Mechanised High-Tech Grafﬁti Style features new works along with a site-speciﬁc installation with Rough’s signature abstract geometric style and use of line and color. The exhibition’s title is an ode to Zephyr’s exhibition at FUN Gallery in New York—an inspirational ﬁgure for the British artist. But it also encompasses a literal translation of the show – flying from London to the Bronx and showcasing a very abstract and straight edge style of art work that borders on futuristic.

When asked about the exhibition and the inspiration behind it, Rough explains: “1984 was an extremely important year for me. I had just started at a new school which was massive and I felt a little lost being in such a big school but I also discovered grafﬁti which made me feel like I completely belonged. A book on New York subway grafﬁti (Subway Art), was loaned to me over a weekend that was supposed to be for friends and homework and then turned out to be for study and learning. I am still as particular about my tastes in grafﬁti writing today as I was in 1984 Mare139 and Zephyr were two of a handful of names whose work for some reason resonated with me.

Fast forward to 1989 and inﬂuenced by an artist called Juice126 who had this amazing collection of magazine cut outs from Flash Art, Artforum and various other art magazines. I t would go into the British Library over the course of some weeks with a tiny razor blade and sift through American art magazines from 1980 up until the then present and carefully cut out anything I found of interest. One being a show ﬂyer for Zephyr’s 1984 show at the Fun Gallery entitled ‘REPTILES AND NEW MECHANIZED HIGHTECH GRAFFITI WILD STYLES.’ There was no image of artwork, just a candid black and white photograph of a then 23 year old Zephyr with a respirator around his neck. My mind was ﬁlled with curiosity and questions. Where was the work? what did it look like ? How could I get to see it? The image stayed with me my entire career and I knew that if I ever get to do a solo show in New York I have to in some way pay my respects to this image and my connecting story to it.

The works I have made for this show are modernist ‘Wild styles’. They inter connect with each other and overlap much like wild style letters that sit within base lines much like the early trains I painted in the late 1980’s in London or the trains painted in New York in the 70’s and 80’s which were my ﬁrst insight into this culture.

My journey through grafﬁti to now has been an amazing ride of color, shape and form but the work now more than ever sits in this ‘post grafﬁti’ capsule that I can comfortably look at it and see my trajectory with both joy and understanding. Referencing the young artists who unknowingly led me on this bizarre journey seems like the only way I can say thank you. I am so lucky to be a part of this culture and even more so that some of these artists have become my friends. These paintings are the purest forms I could ever hope to make. Even though they no longer move on the metal serpents that we played amongst as children they now have lives of their own and cannot in any way be restricted by surface or nostalgia. The paintings have become all of us and shall be so forever more.” 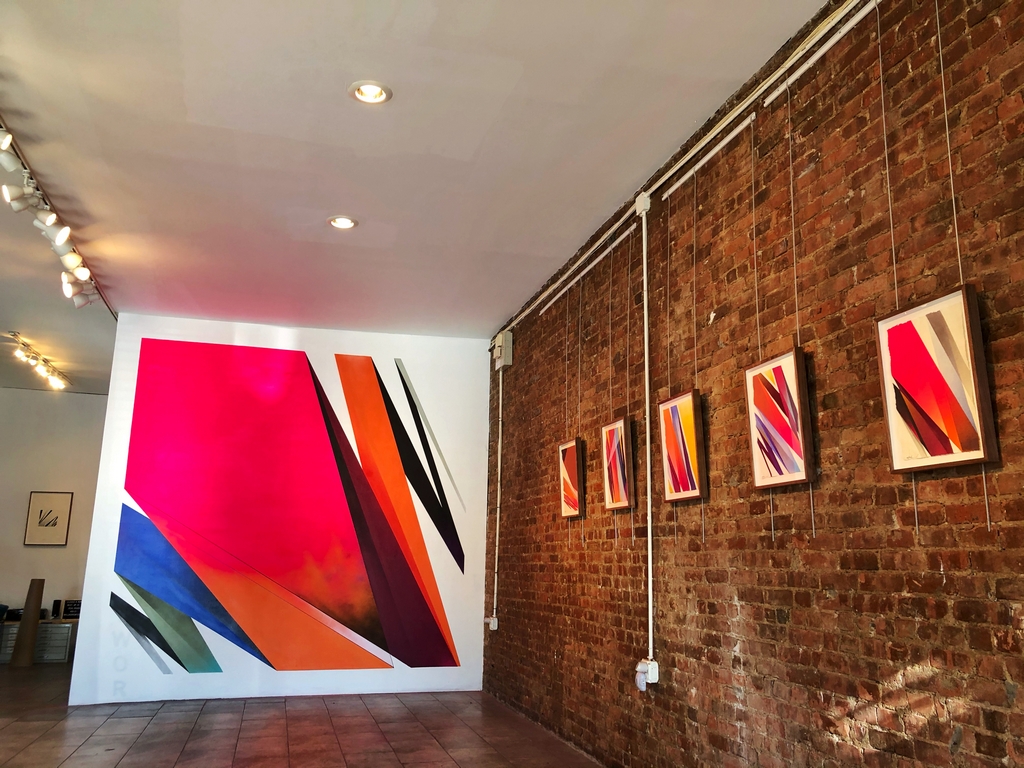 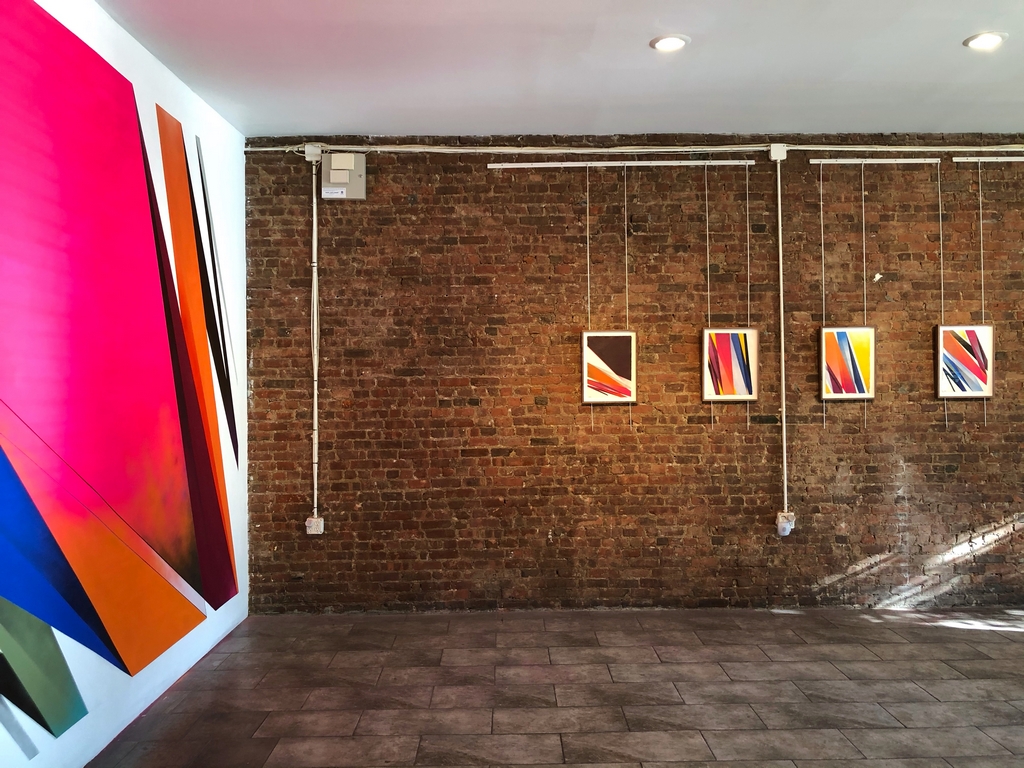 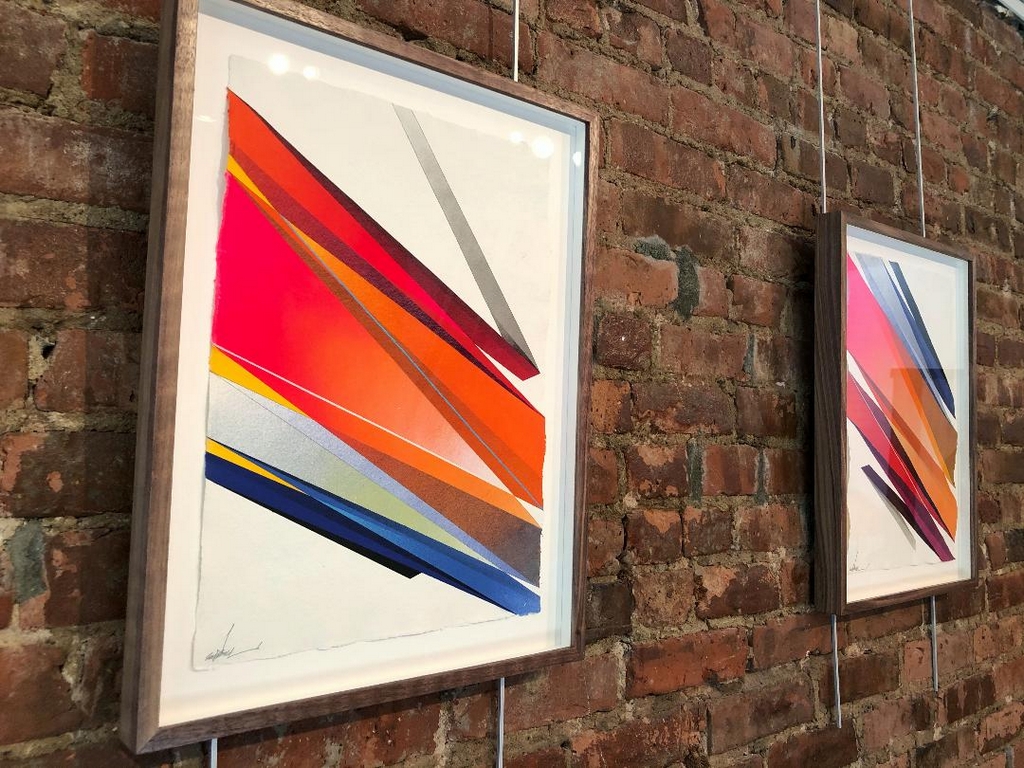 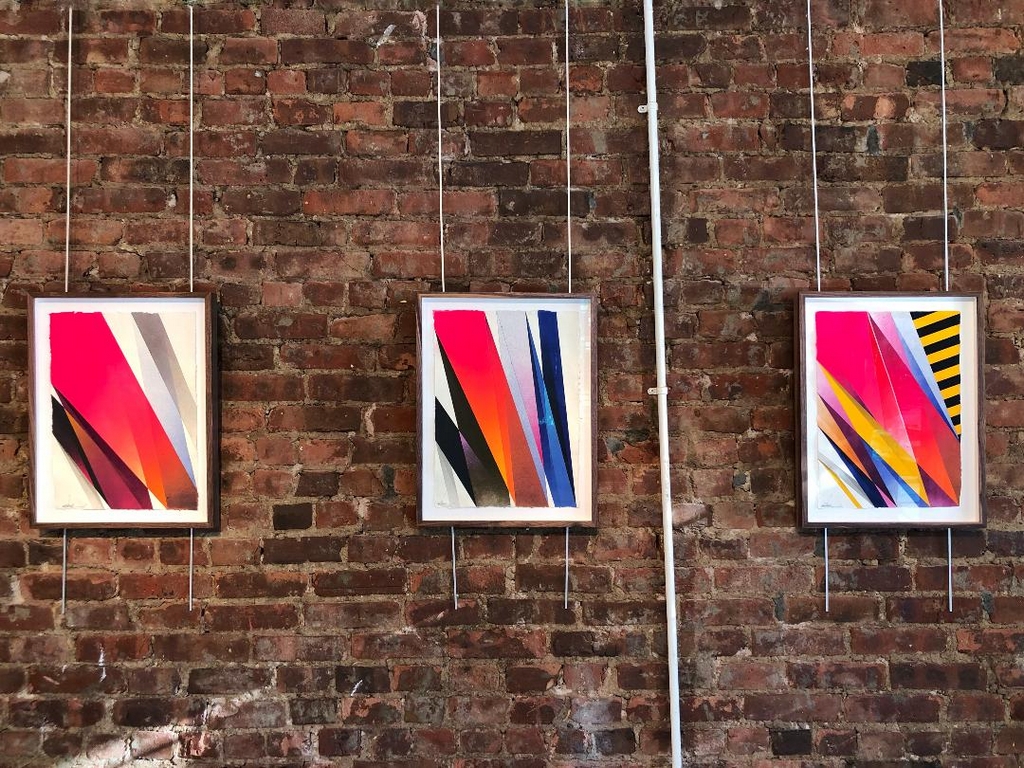 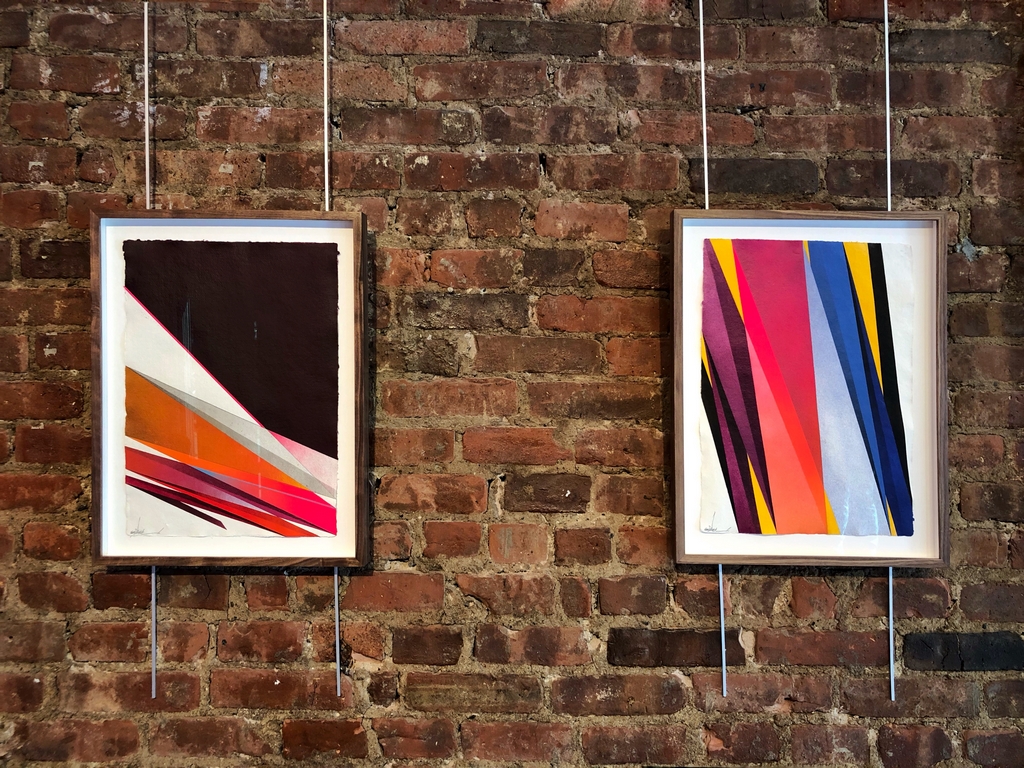 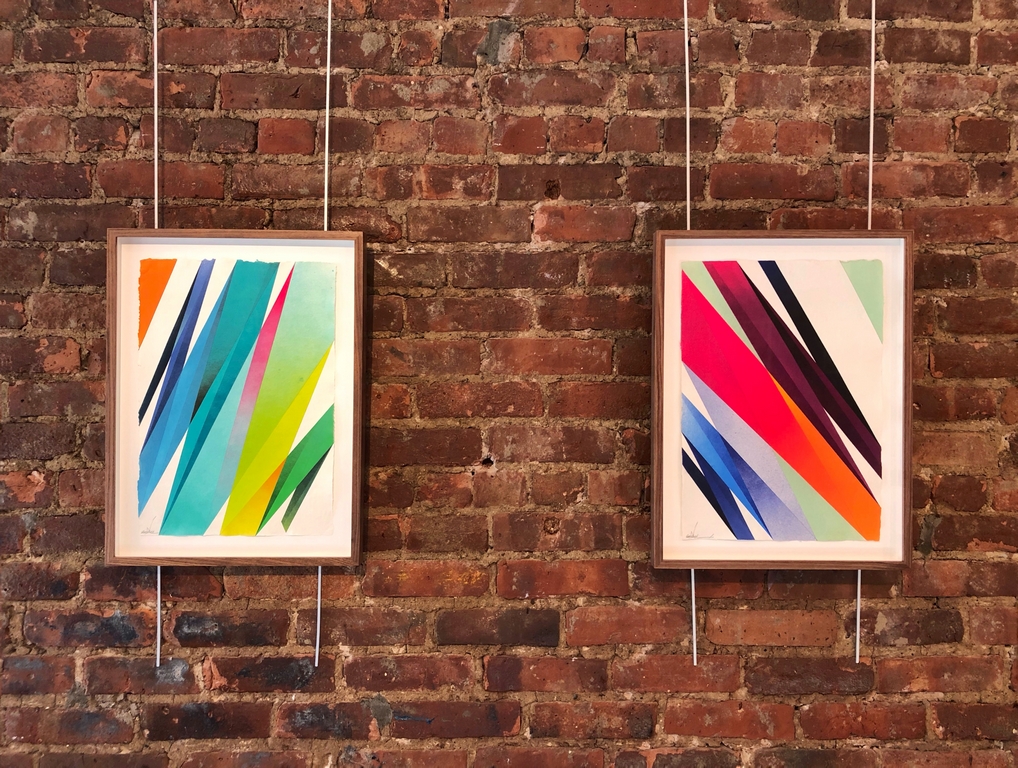 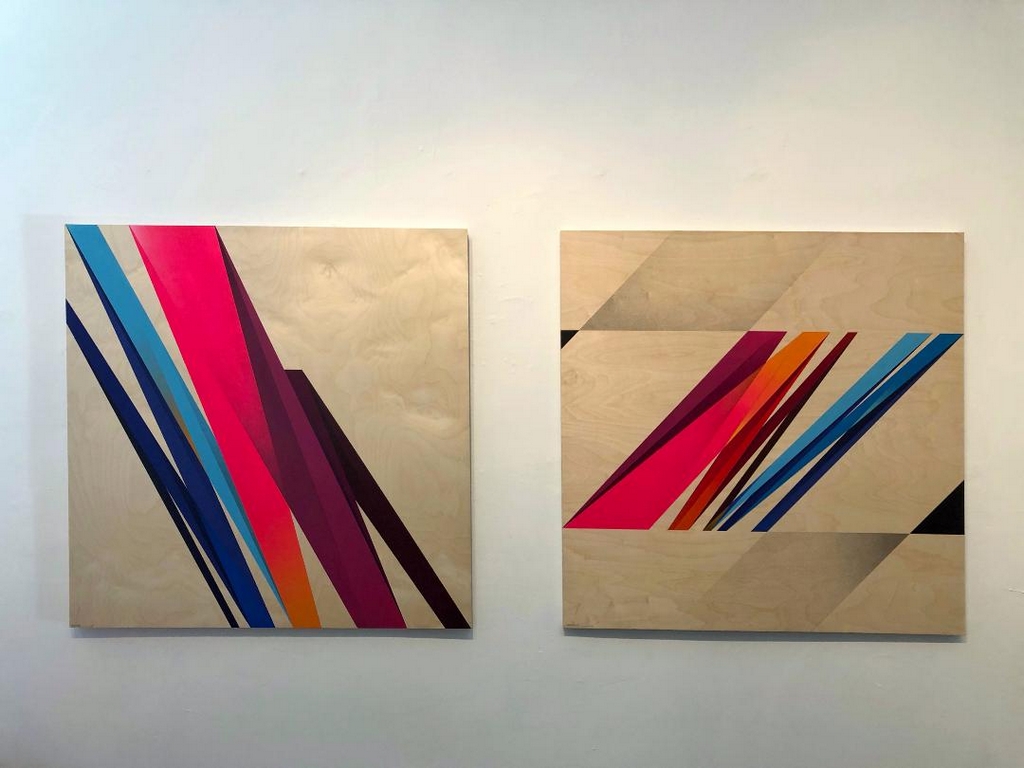