For her first show in the UK, Ana Benaroya has presented a new exhibition at Carl Kostyál Gallery in Mayfair called ‘The Passenger‘. While the body of work references Americana and a bygone era of Hollywood glamour, it does so while employing a distinctly contemporary depiction of women.

The New Jersey-based artist’s work is strongly informed by a lifelong passion for the aesthetics of Spider-Man, X-Men and DC Comics. However, the gender representations contained in that source material has been subverted here so that women are no longer depicted as being diminutive and demure. Instead, these women have taken on the affirmative characteristics of those comics’ lead male protagonists, while retaining their own virtues. The balance between the masculine and the feminine has created figures which are at once both muscular and voluptuous, unyielding and sensual, wondrous and empathetic. Benaroya has stated that ‘my imagination is louder than my personality’ and, in the tradition of superhero stories, there is clearly an element of the alter-ego at work. While the paintings at first appear fantastical, what they actually do is to present unseen but authentic elements of ourselves, in preference to the fiction which is more commonly depicted in print and in society.

The physicality of the figures is emphasised by the scale of the canvases used. Desperado shows a women astride a motorbike in the proud tradition of Tom of Finland’s iconic queer art. But, the depictions of bulging muscles appear to also have been strongly influenced by the frescos of Michelangelo and this is just one of many examples of Benaroya’s deliberately non-hierarchical approach to art history. Cars are a dominant theme throughout the exhibition too and, while for many they represent a tool of freedom, there is also the problematic history of women being used as little more than an accessory to sell them to the consumer. However, the subjects here, without exception, exude power and a level of self-possession that again inverts their historical representation; as Morgan Aguiar-Lucander points out in the exhibition’s accompanying text, ‘Works such as Hocus Pocus, On the Run, and The Green Empress leave no room for ambiguity as to who is in the driver’s seat.’

Many of the works take their title from songs which the artist was listening to while creating the body of work and the exhibition’s name comes from the iconic Iggy Pop track, albeit by way of a Siouxsie & the Banshees cover version. The diptych of Denise and Diana takes its names from the eponymous songs by Randy & the Rainbows and Paul Anka. The playfulness with which the two figures look at each other from their own individual canvases underscores the humour and desire which permeates the whole exhibition and all eleven paintings in some way represent the physical embodiment of undiluted emotion. 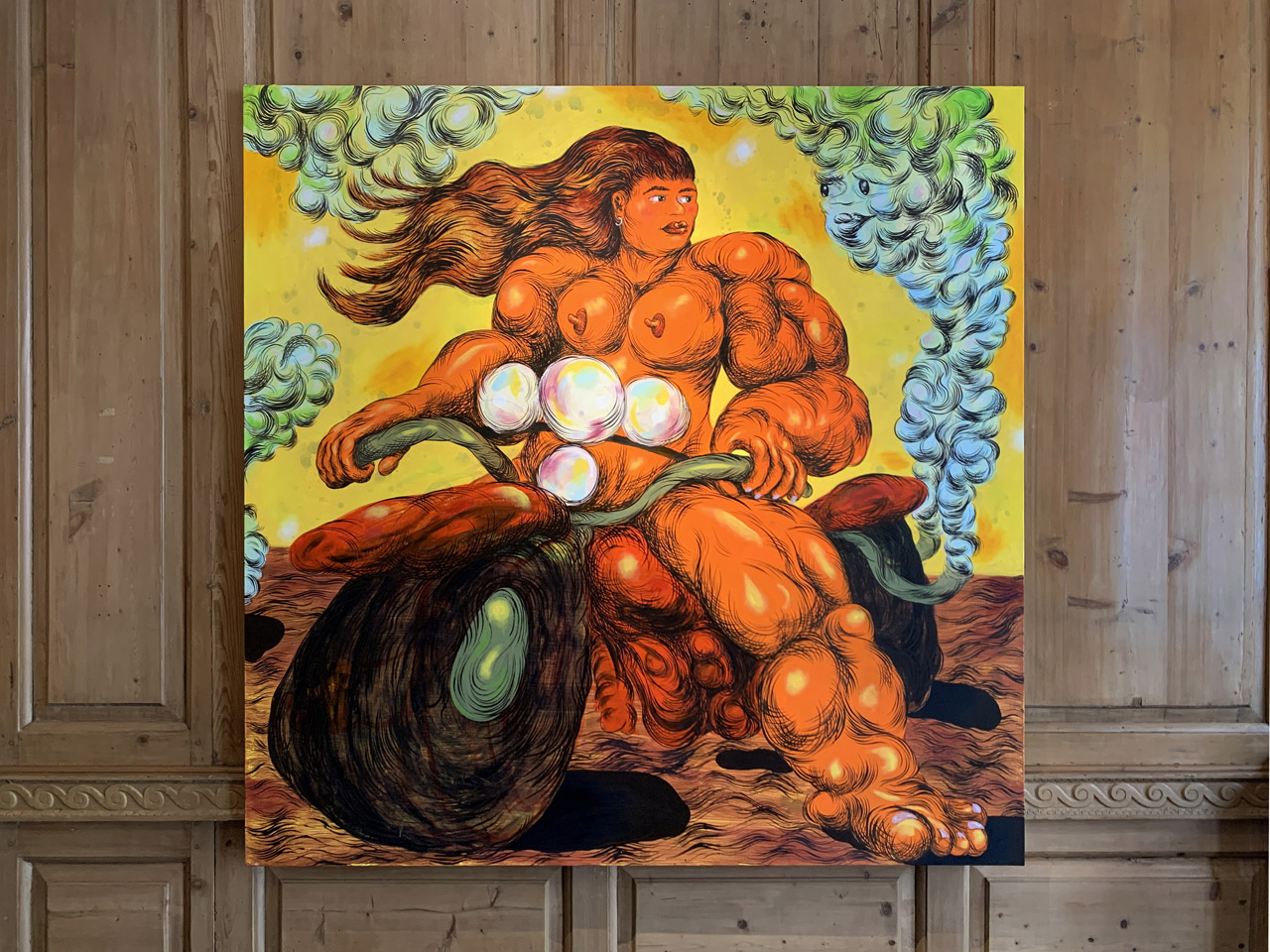 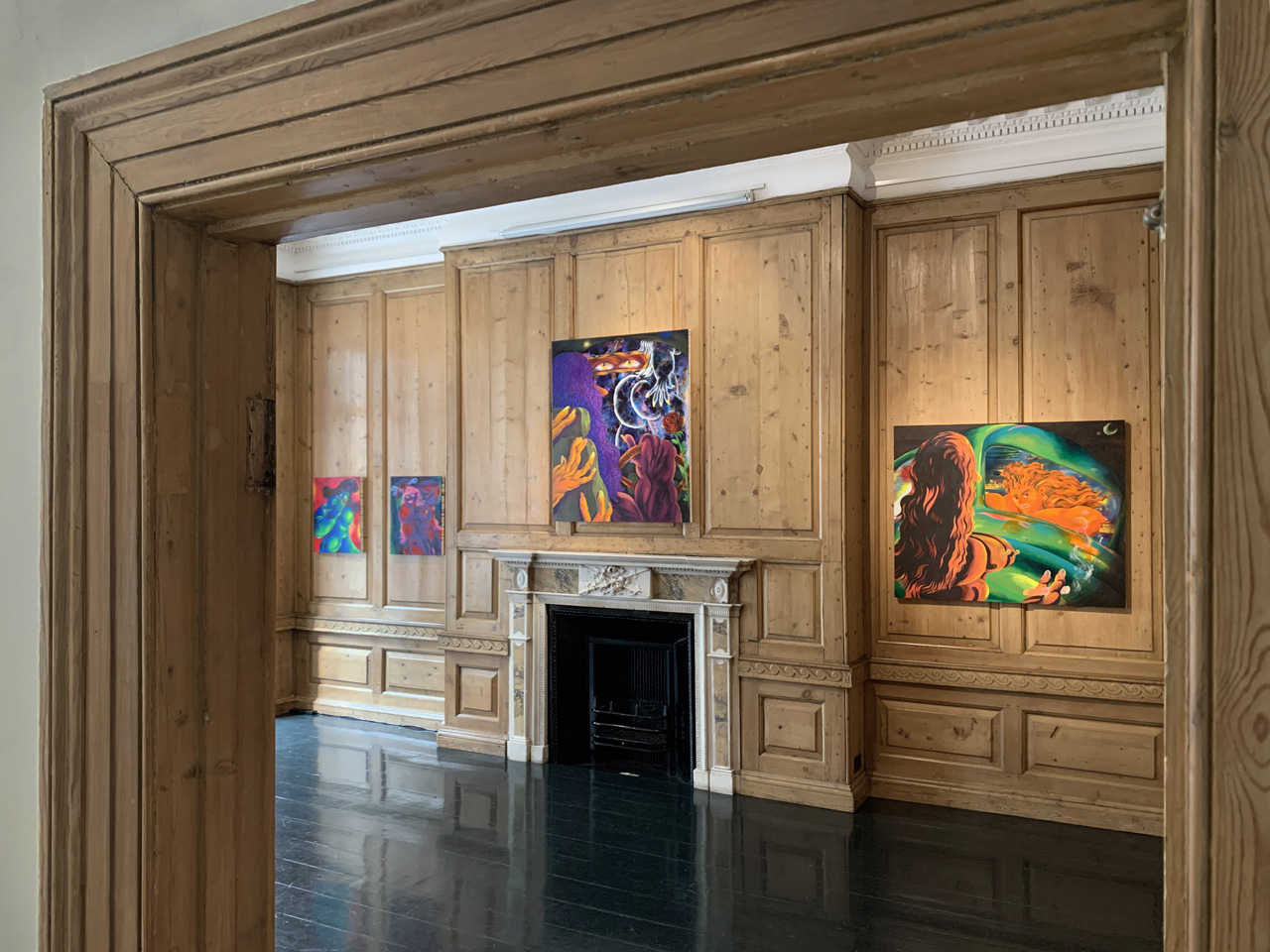 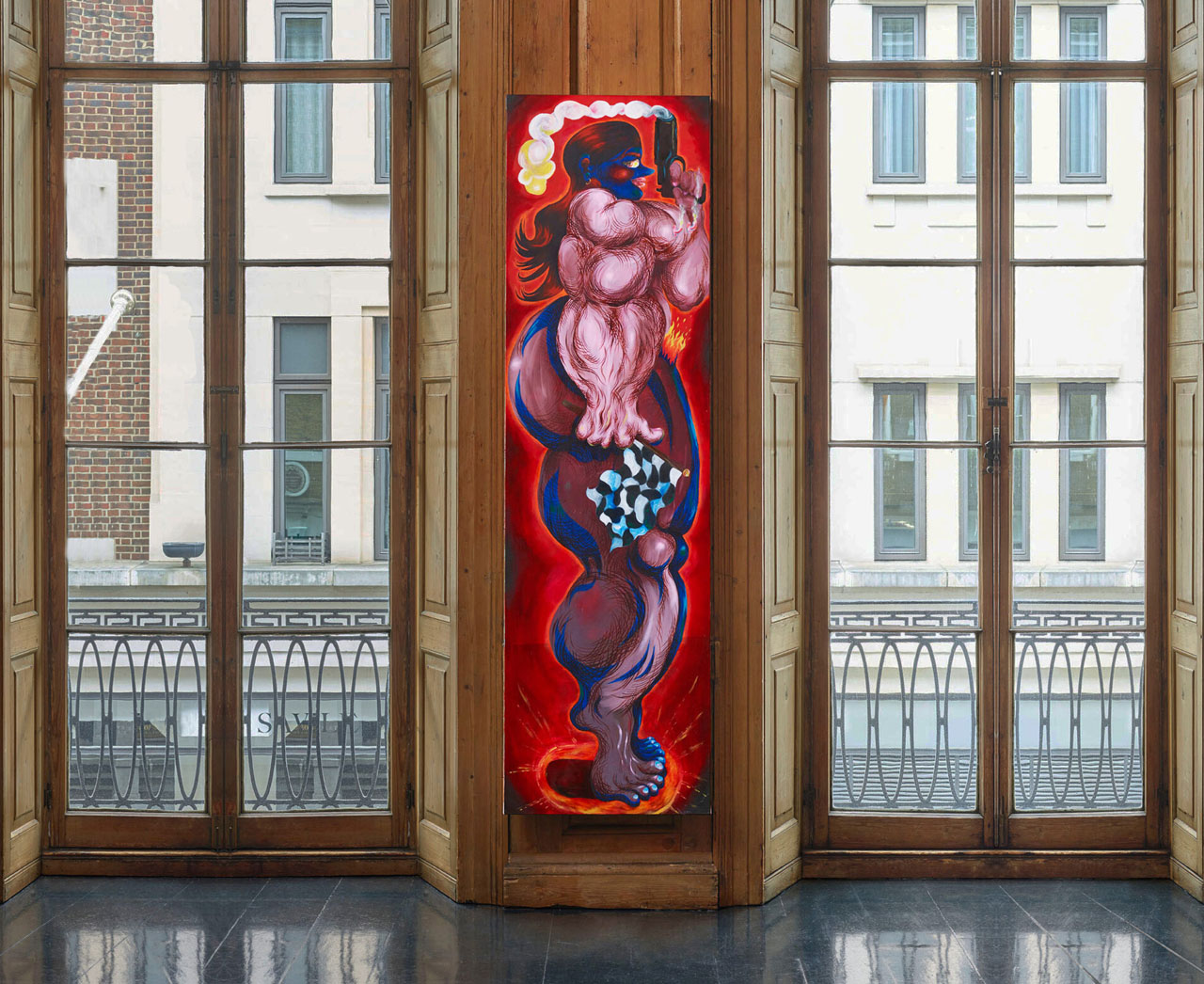 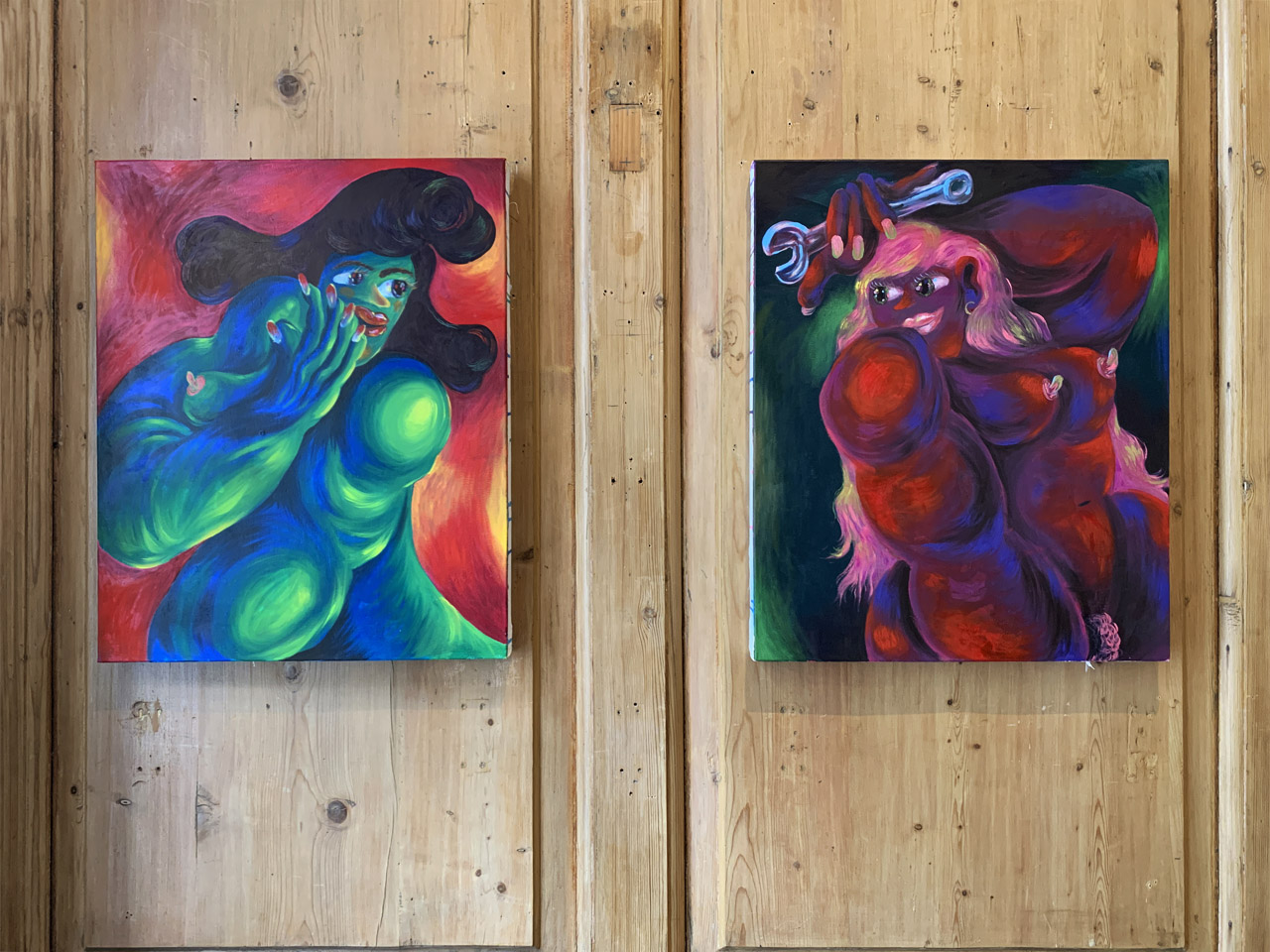 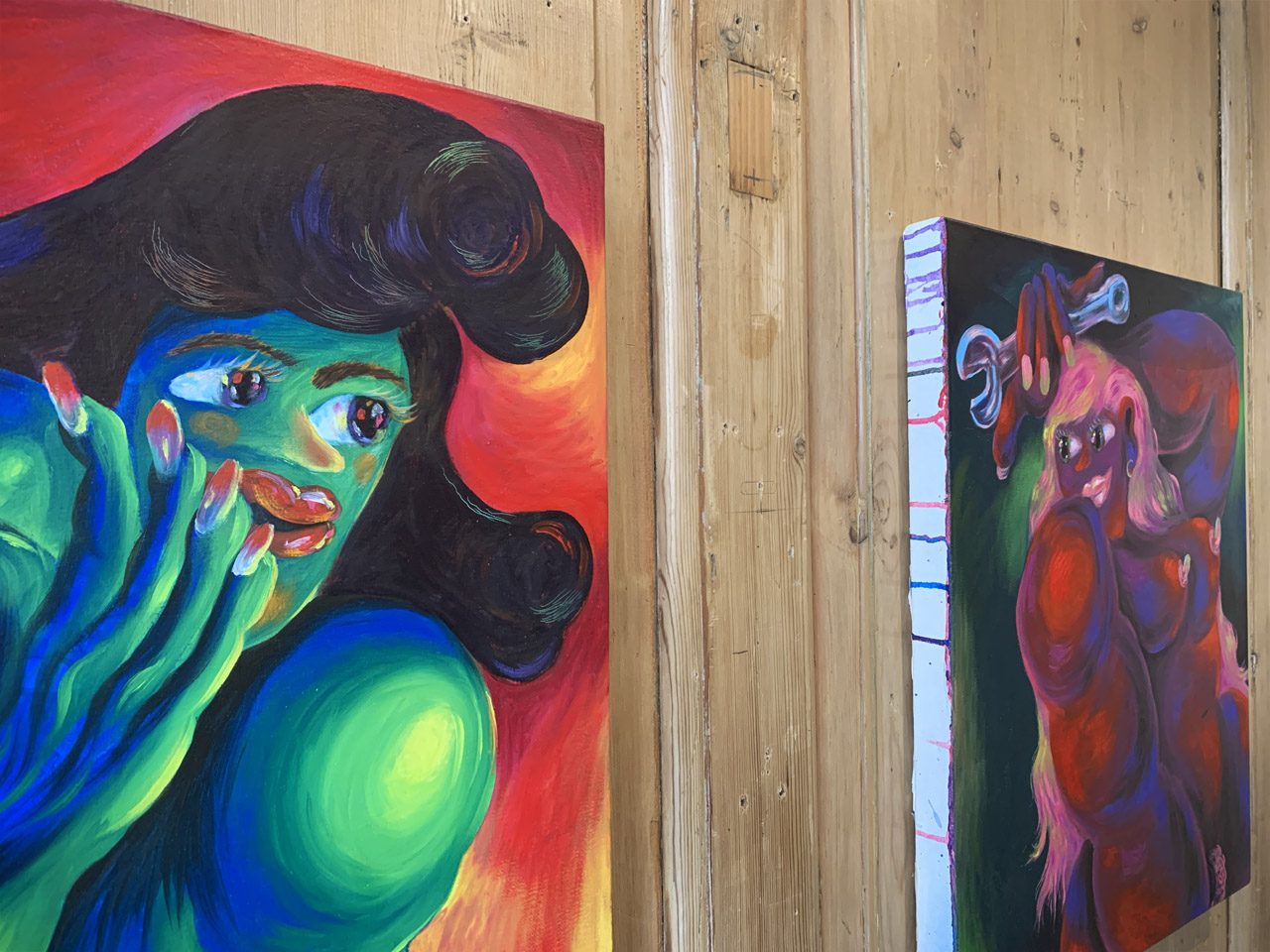 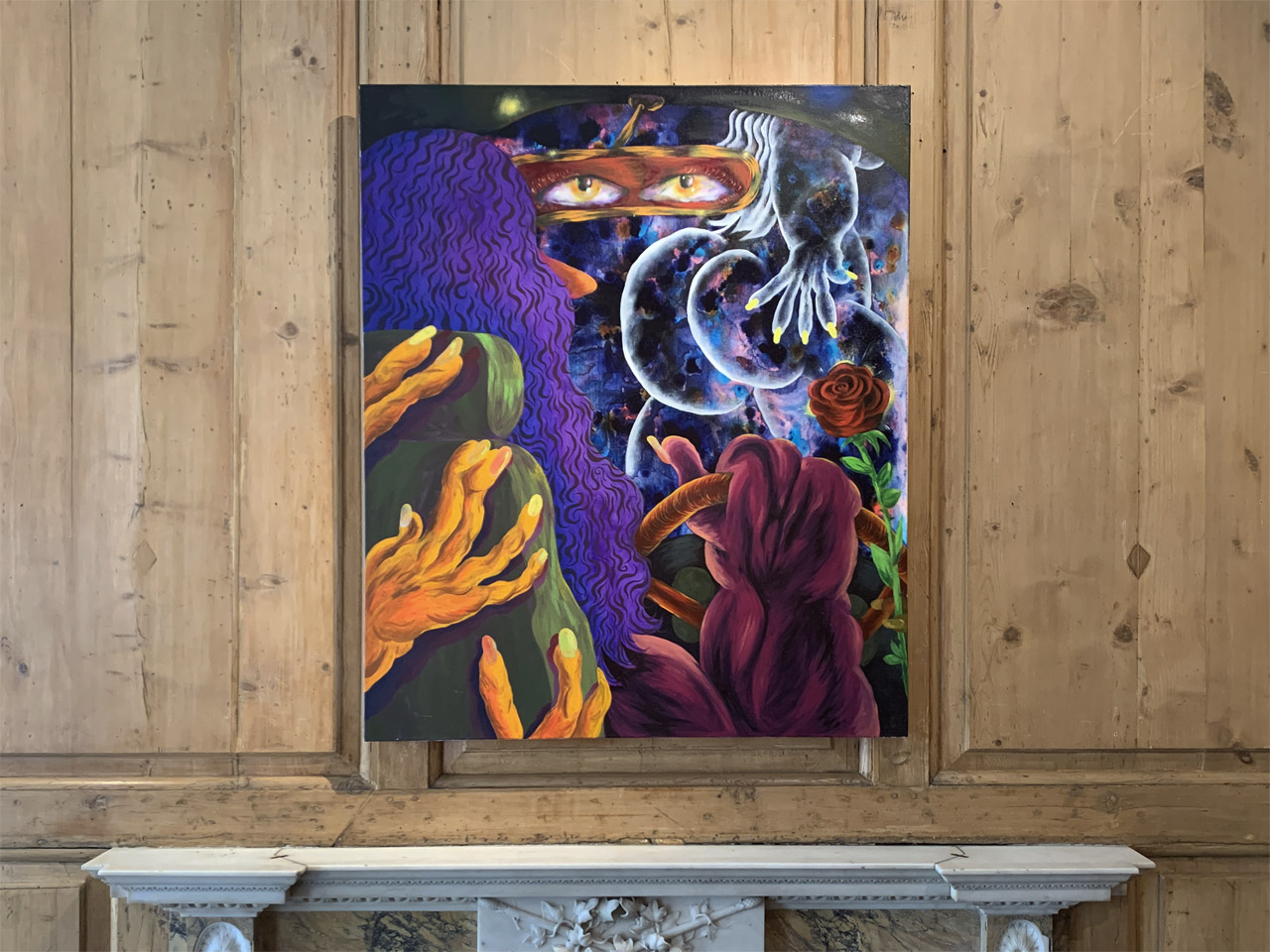 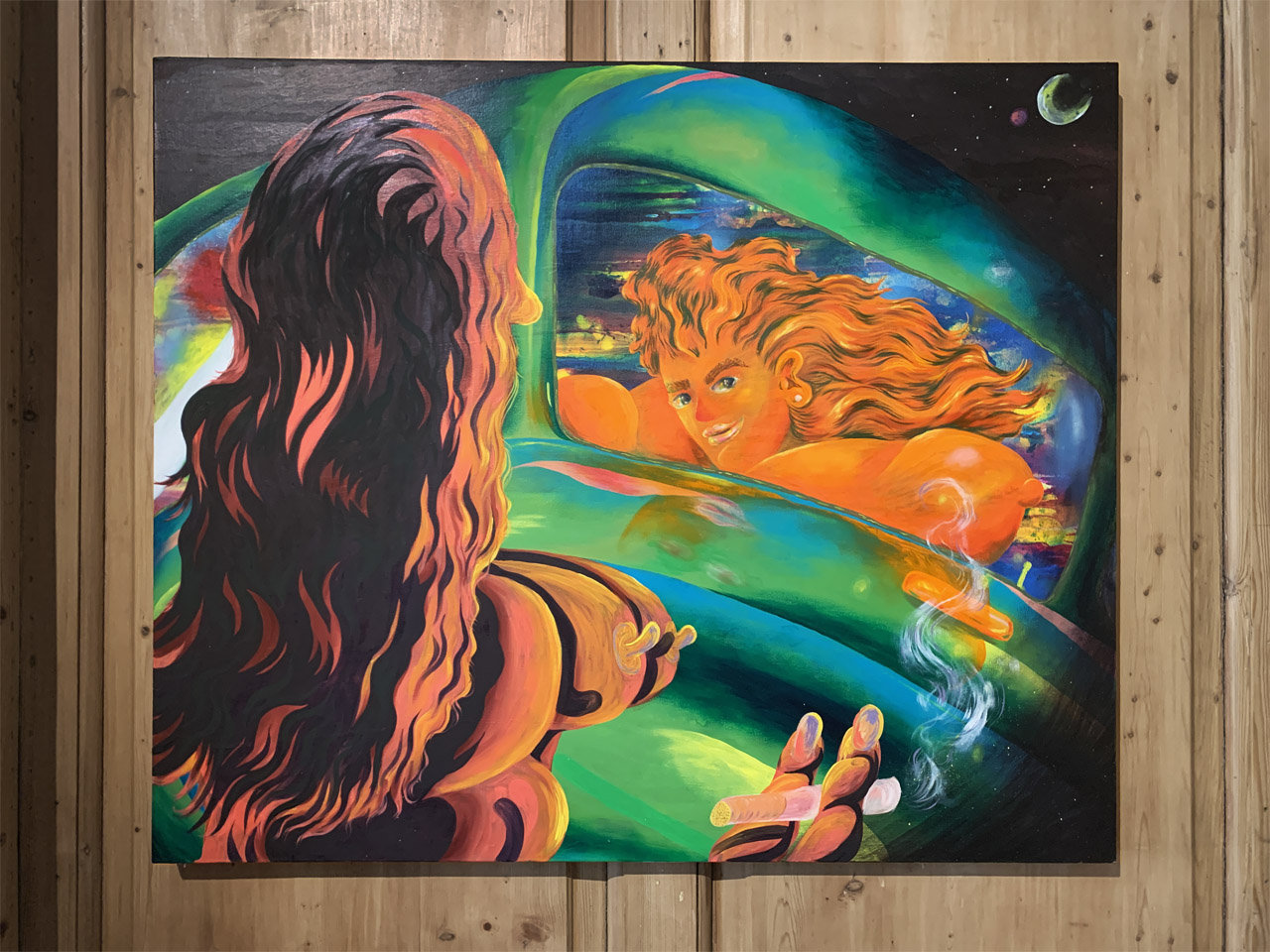 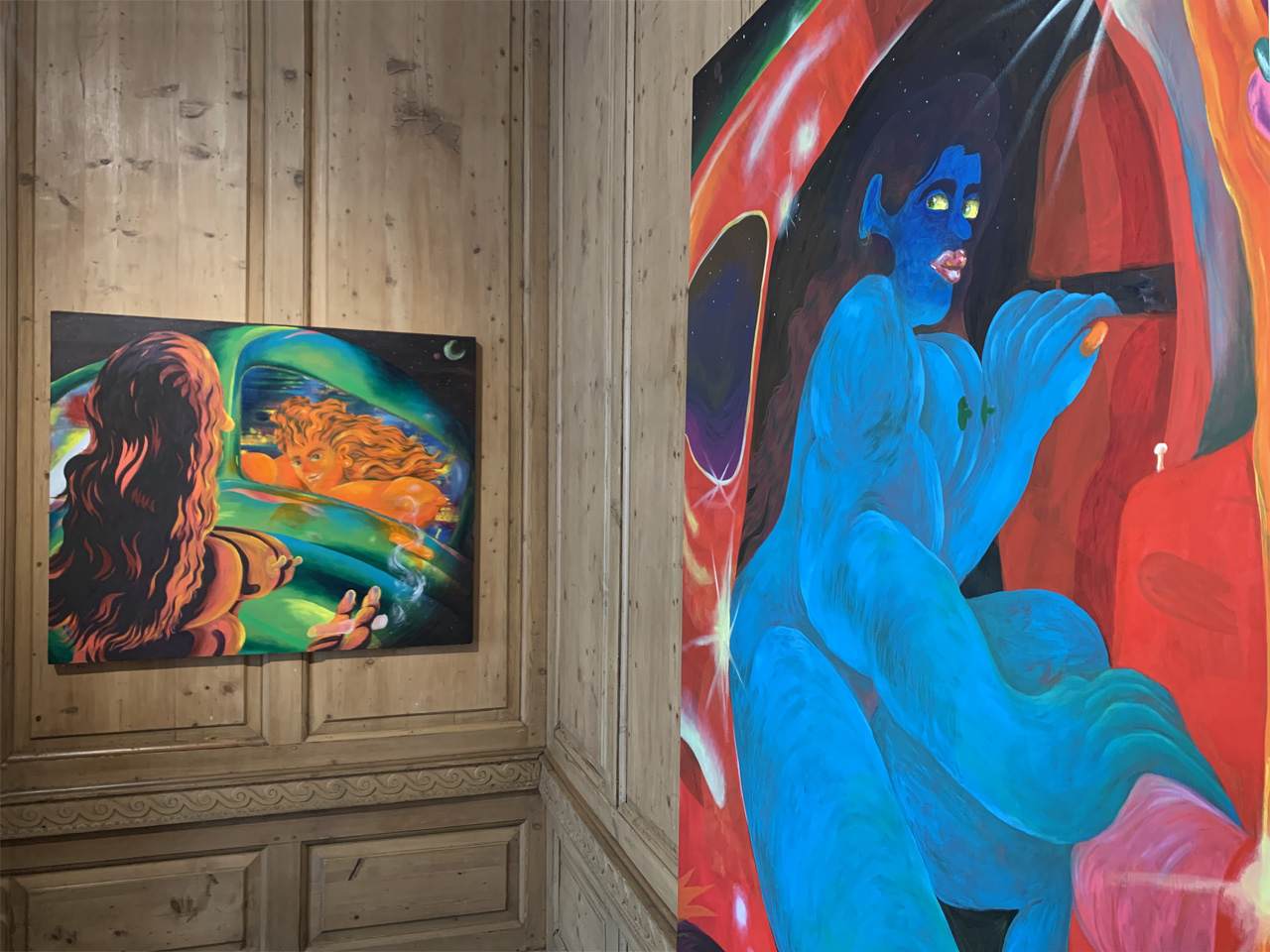