This week, the Spanish artist Sebas Velasco opened his first solo exhibition in London entitled A New Error. The show presents 16 new works on canvas and wood which capture forgotten urban environments at night and into daybreak. Velasco’s style, with its aversion to idealism and the picturesque, contains references to the Realism of both Gustave Courbet, who was at the forefront of the movement in the 19th century, and his own compatriot Antonio López García. Both Courbet and García sought to capture the visible forms of the world without artificiality or embellishment and, in this respect, Velasco’s work, with its unapologetic inclusion of photographic-captured lighting and lens flares, can appear antithetical to that tradition. However, Velacso’s is undoubtedly a realism for the 21st century: capturing the world as we increasingly experience it through a lens in the digital age.

The San Sebastián-based painter’s subject matter, with its hulking, Eastern European brutalist architecture, can be seen as a literal interpretation of Courbet’s metaphorical quote from 1861 that “Painting is an essentially concrete art”. But despite these buildings being home to a multitude of people, they are absent from the majority of the works in the exhibition and this lends the paintings an inescapable air of ambiguity. There is a sense of abandonment, not by the residents whose presence is represented by the glow of light at the window, but instead by those in power who have neglected the populace. Does this absence of people allude to the Socialist governments who originally constructed the buildings in the 1960s, 70s and 80s without consideration for the individuals in their planning and construction? Or perhaps the further marginalisation of people in today’s free-market economy by the systems which has replaced those authoritarian regimes? Interestingly, in Pawel, featuring a Romanian football shirt-clad figure staring straight back at us, the opposite is true and the architecture is almost imperceptible and is lost in the darkness.

Velasco has used the built environment as a marker for social change and the passage of time; this link between the past and present is further underlined by the predominance of neon signs adorning rooftops. From the Khrushchev-thaw of the 1950s onwards, these signs, which were designed by the likes of Jan Mucharski, became a ubiquitous feature of rooftops across Poland, Romania and Czechoslovakia. But as these countries have transitioned to market economies the Soviet-sloganeering and utilitarian information has been replaced with corporate logos for furniture stores, supermarkets and coffee brands. 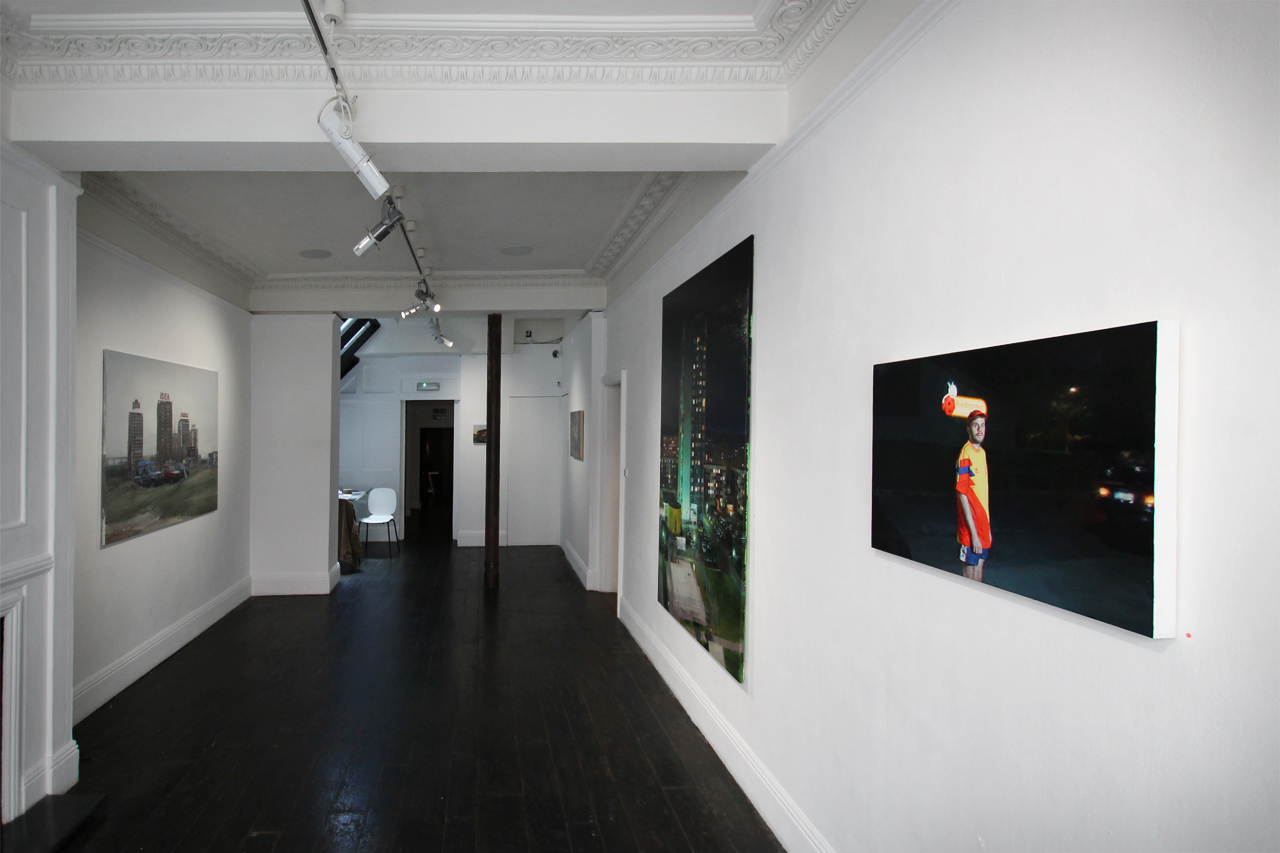 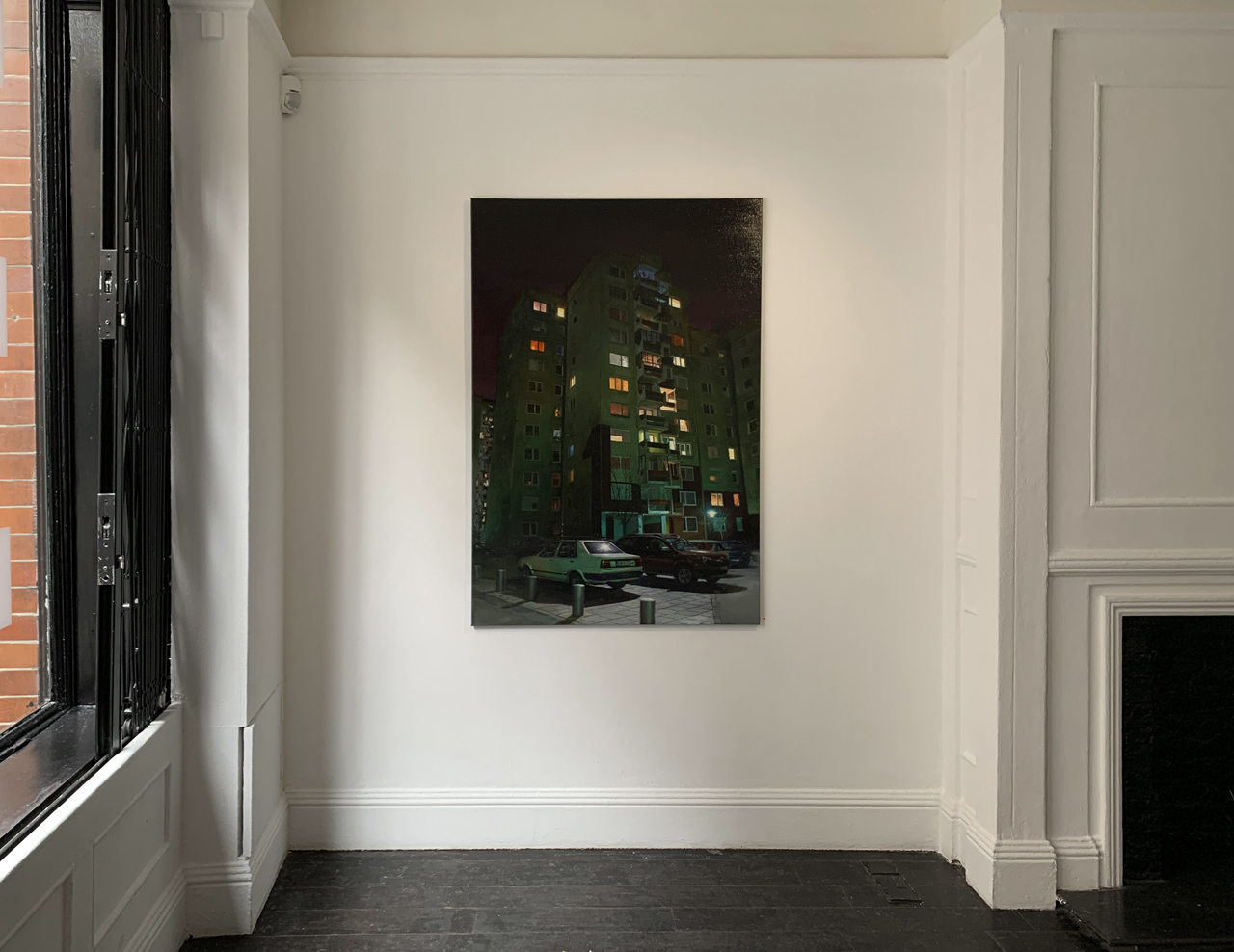 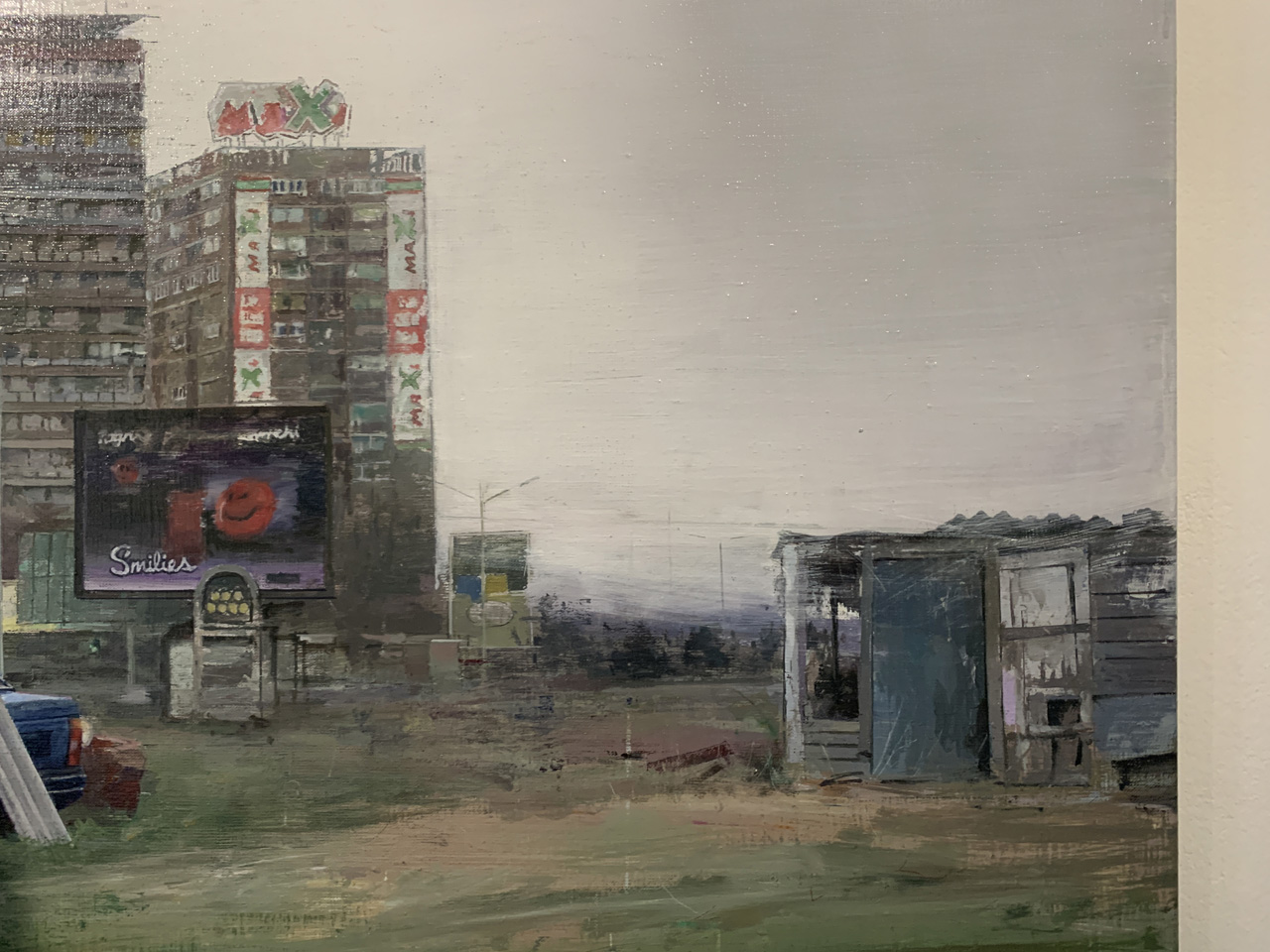 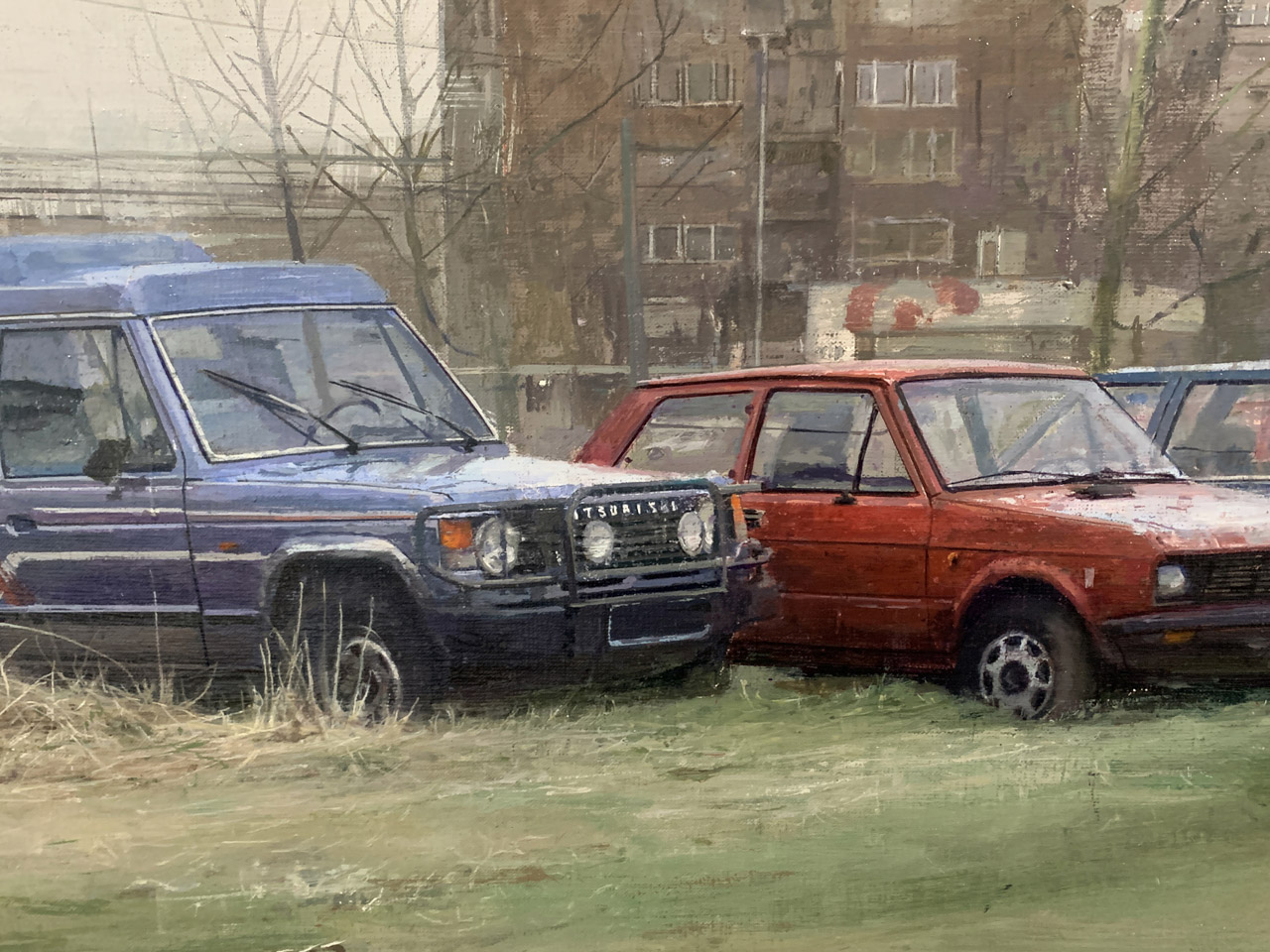 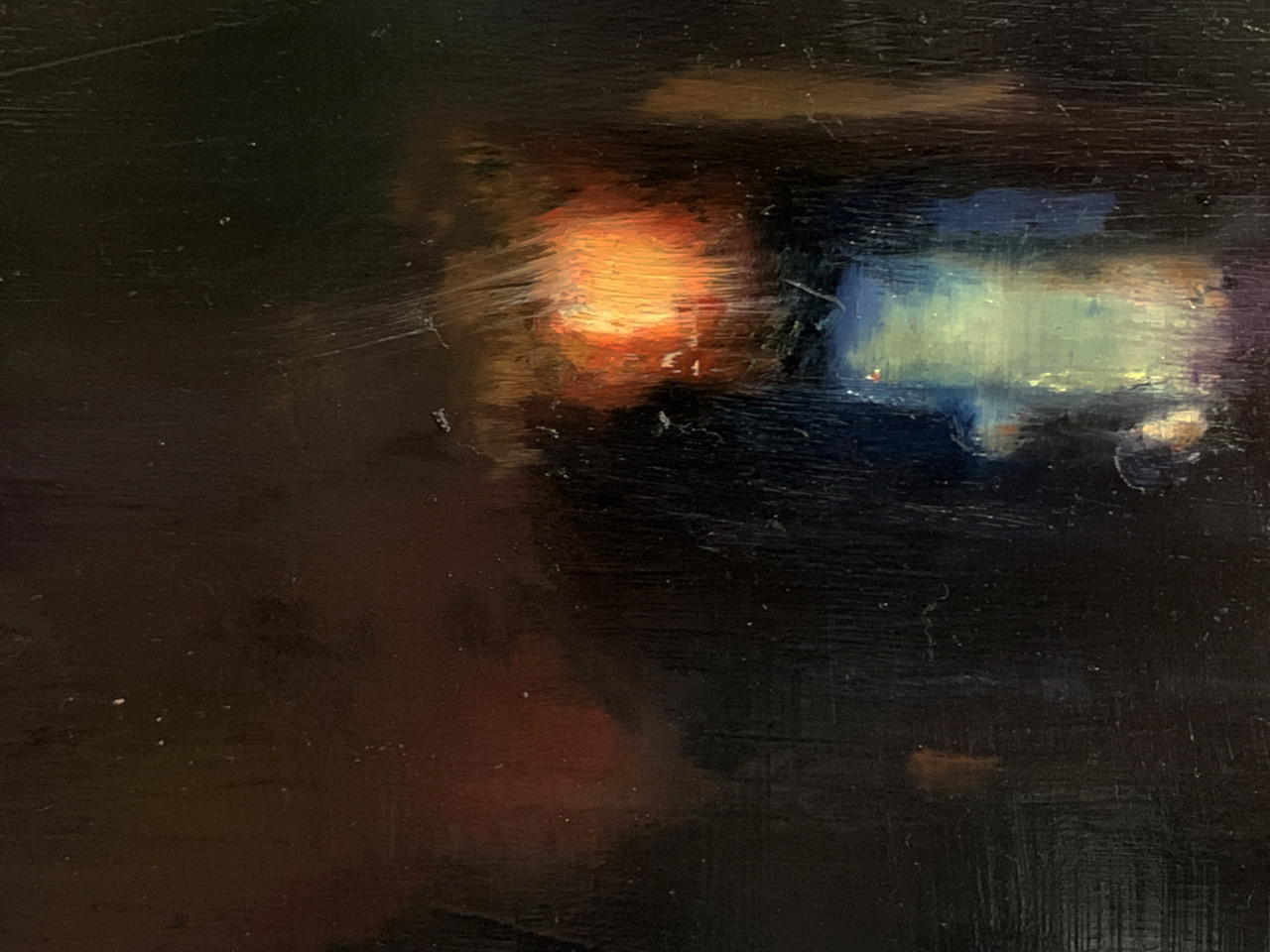 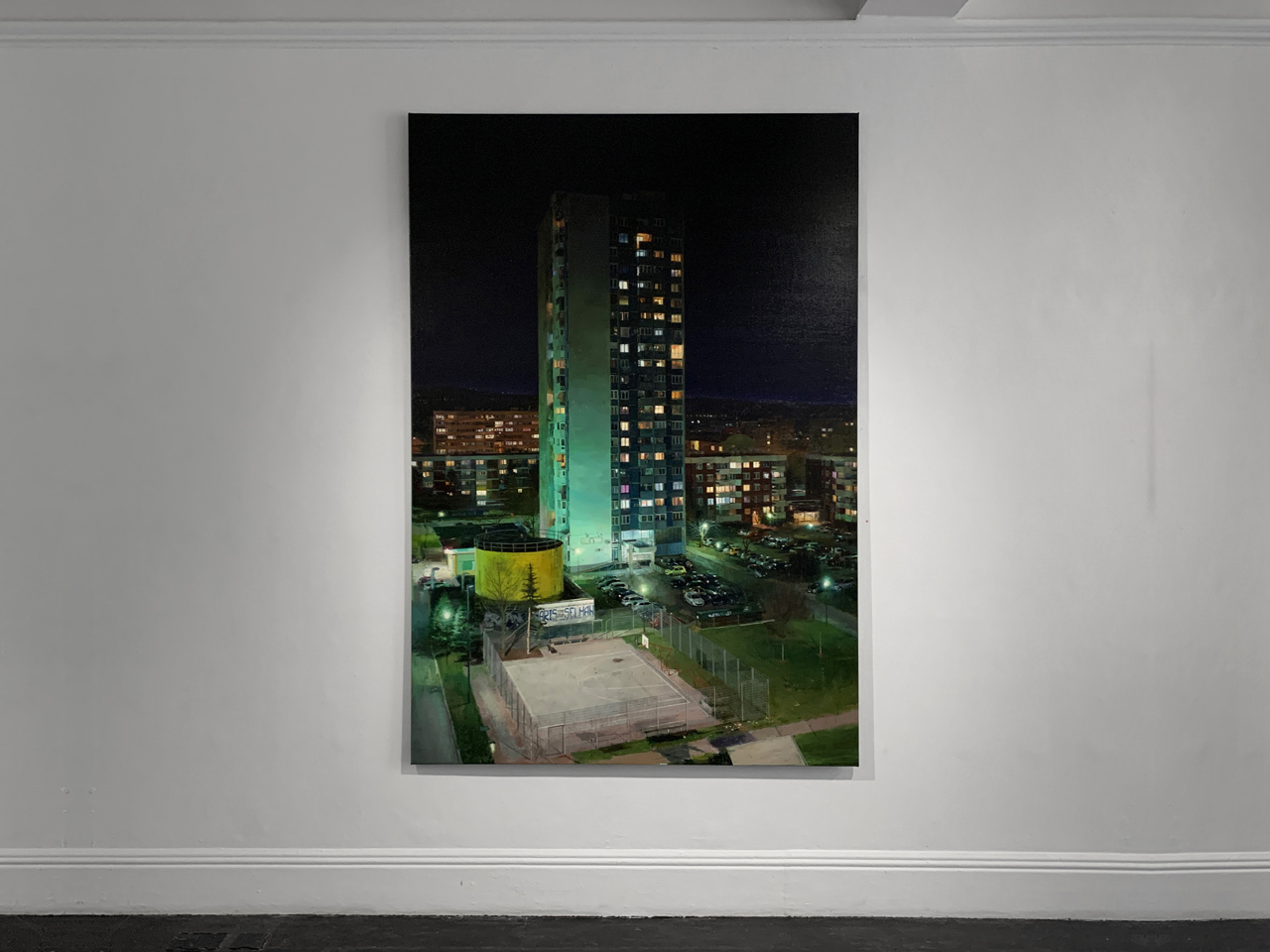 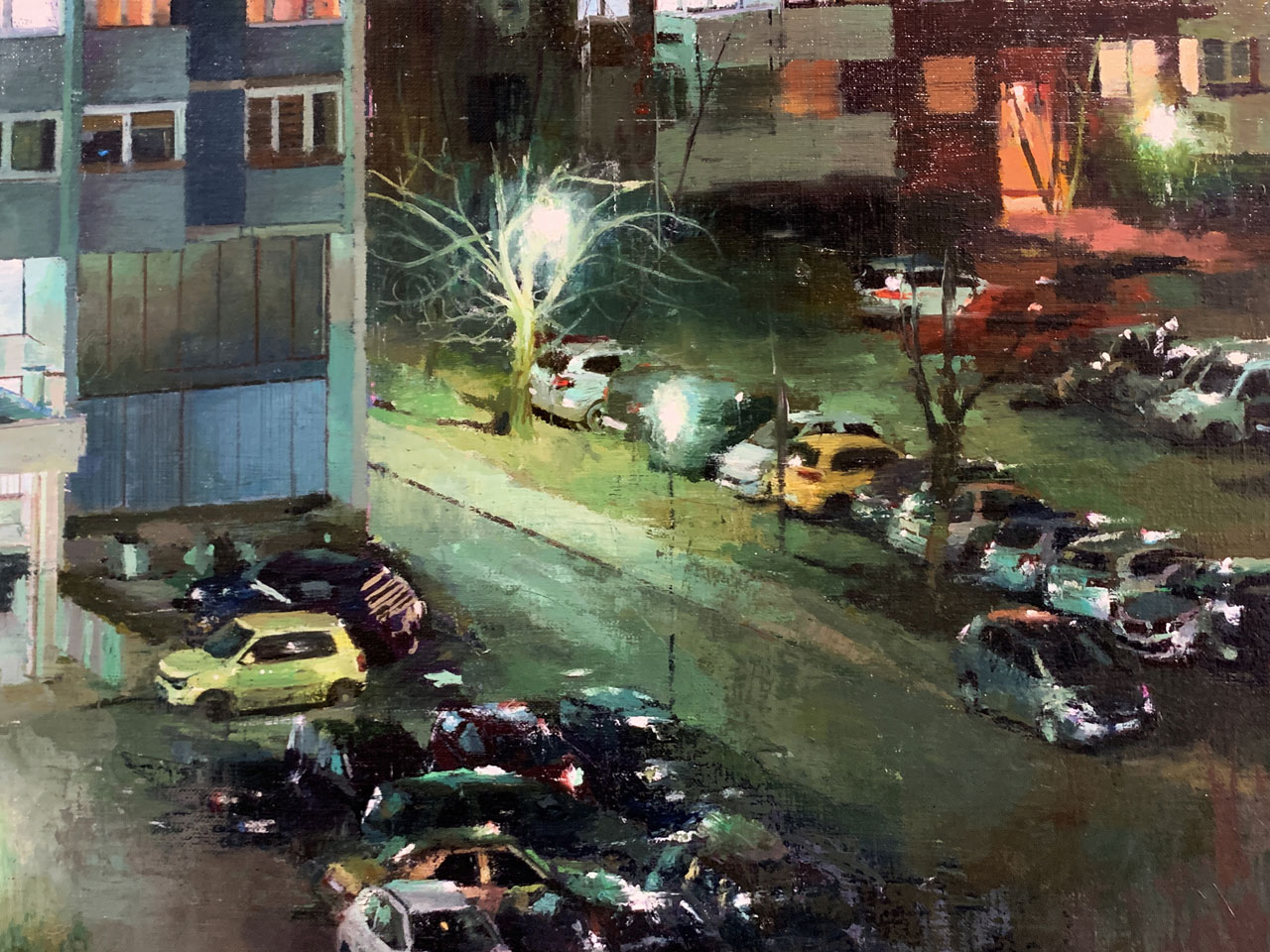