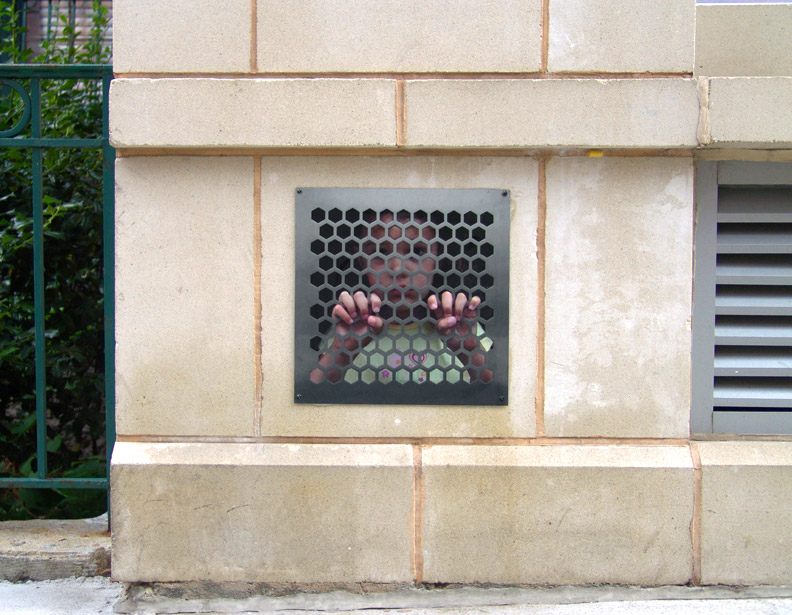 Dan Witz has posted up some images up of his project the “Kilroy Variations,” his take on the ubiquitous “Kilroy was here” graffiti.Â Â He originally this project in 2006, but this 2008 update has evolved quite a bit since it’s beginnings. This versionÂ has various photo-realistic people as well as cartoonsÂ peeping throughÂ or sticking fingers out through vents and ducts.Â  These areÂ photo-based, re-painted stickers, mounted on plastic and then glued on walls/doors.Â  I think if it was dark and you came upon these suddenly, it could be quite scary. 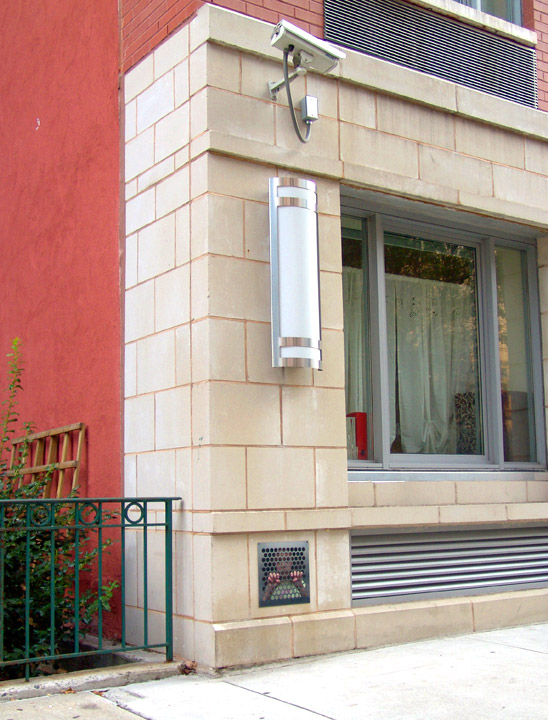 See what Witz had to say about this project as well as more photos after the jump.

“In the past few years much of my neighborhood in Brooklyn has been torn down to make way for luxury housing. For better or worse it’s a whole new street-scape out here. Personally, I can’t say I like the new modern architecture very much, it’s sterile and so arrogantly disconnected with its surroundings sometimes it seems like giant alien space ships have landed in the night. But, at the very least, there’s some interesting new textures and surfaces to interact with. These are photo-based, heavily re-painted stickers, mounted on plastic and glued to the walls of the Ugly New Buildings. I hit the Lower East Side and East Village in Manhattan, and Bushwick, Dumbo, Greenpoint and Williamsburg out here in Brooklyn.”