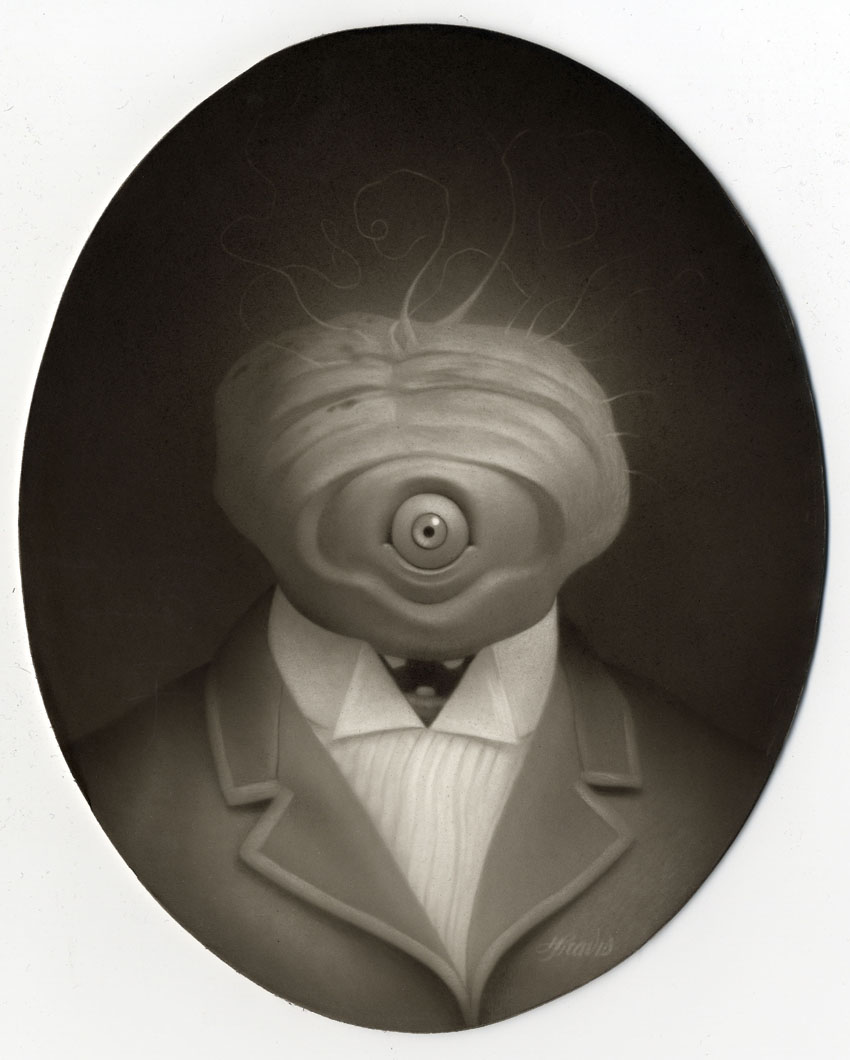 Travis Louie has a show opening in Berlin on November 22 entitled Inhuman Oddities at the Merry Karnowsky Gallery; also opening at the gallery is Kill Pixie’s Super Systems. It will be a busy November for Travis as he will be exhibiting in NY at the end of the month (but more on this later). Judging from the images of the paintings and the pre-sketches he sent us, this show will focus on his fantastical creatures (like the turnip head seen above) rather than his more human works. More images after the jump as well as “turnip head’s” story

Richard came out of the ground in 1894 and wanted to be a farmer. He was partly carrot, but mostly turnip and possessed an unusual fear of rabbits. In 1923, he was arrested for murdering a man in a rabbit costume at an Easter parade. He was released from prison in 1983 and took on a job as a mascot for the Atlanta
Braves. He died of a heart attack while chasing the hotdog man during the 7th inning stretch. 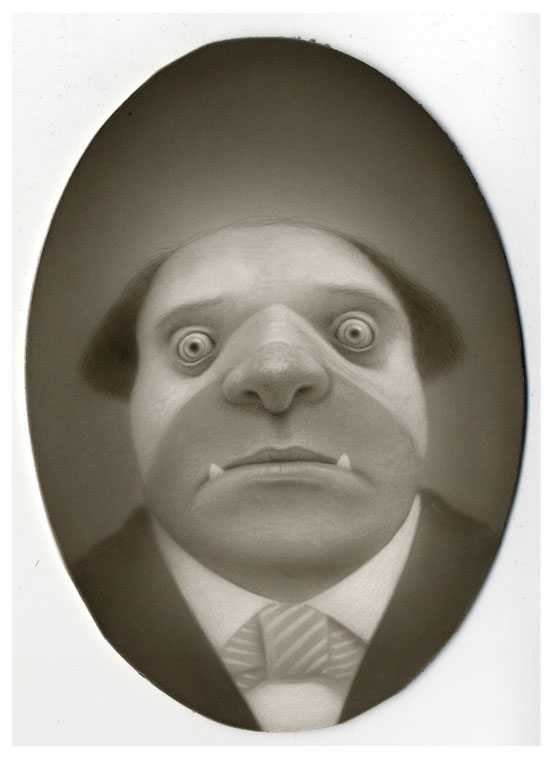 A man who spends too much time with his pug dog will start to look like his pug dog. At first, he may begin to bark at the end of a sentence or notice interesting smells. By the time he exhibits “chasing behavior” or an unusual attraction to delivery drivers or mail carriers, it may be too late.