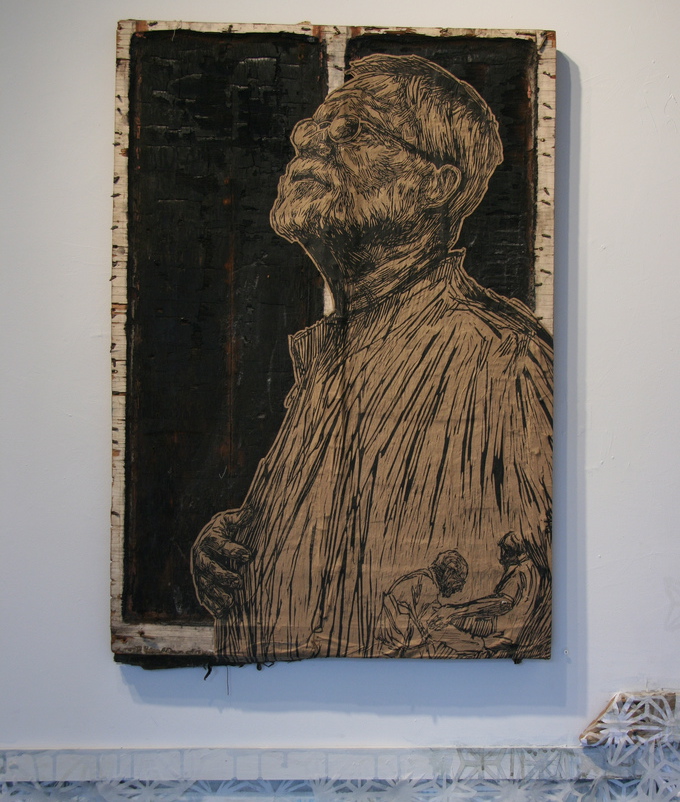 To coincide with Swoon’s “Swimming Cities of Serenissima” arrival in Venice, Glowlab put on a show “Drift” last weeekend in New York that featured her work as well as pieces from Matthew Lusk, Santiago Mostyn, and Javier PiÃ±Ã³n.Â  The title of the show, “Drift,” refers to “both physical drifting â€“ a raft as it moves across the ocean â€“ and the metaphorical drifting of transient communities and populations that live on the fringes of mainstream society.”Â  Swoon (interviewed) contributed a pretty nice installation with some smaller works documenting her family and friends with some portraits.Â  Of particular interest is the piece seen above of her father, “Milton,” which was created especially for the Swimming Cities of Serenissima.

Check out the rest of the photos after the jump.