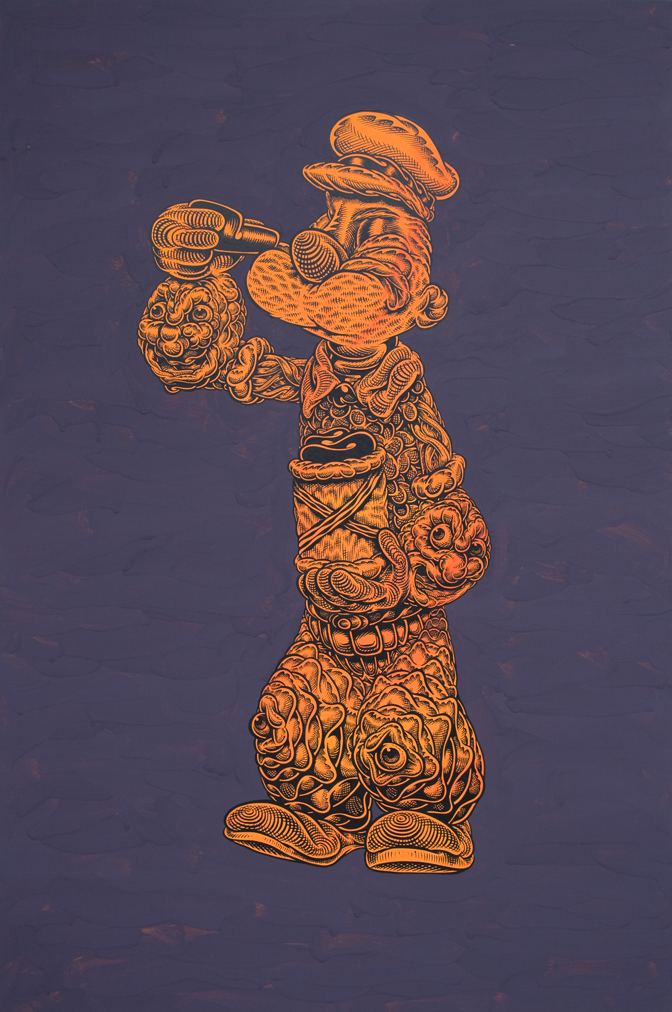 Most of you have probably see Mark Dean Veca’s (interviewed) iconic Popeye image, perhaps from the large mural he did in his big retrospective exhibition at UCSD last January.Â  What you may not have seen though is the spinach-loving sailor’s entire crew including Bluto, Olive Oyl, Sweat Pea, and Wimpy rendered in Mark’s signature psychedelic and visceral â€œToile de Jouyâ€ patterns.

Along with this “Popeyeconography” series of 36″ x 24″ paintings he did for Hotwire Comics 2 (Fantagraphics), he will also have paintings that reference Big Daddy Roth and handguns for his solo in September at Jonathan LeVine Gallery entitled “As Cold As They Come” (a line all Godfather fans out there will recognize).Â  There are also rumors of a limited edition sculpture that will be made available. 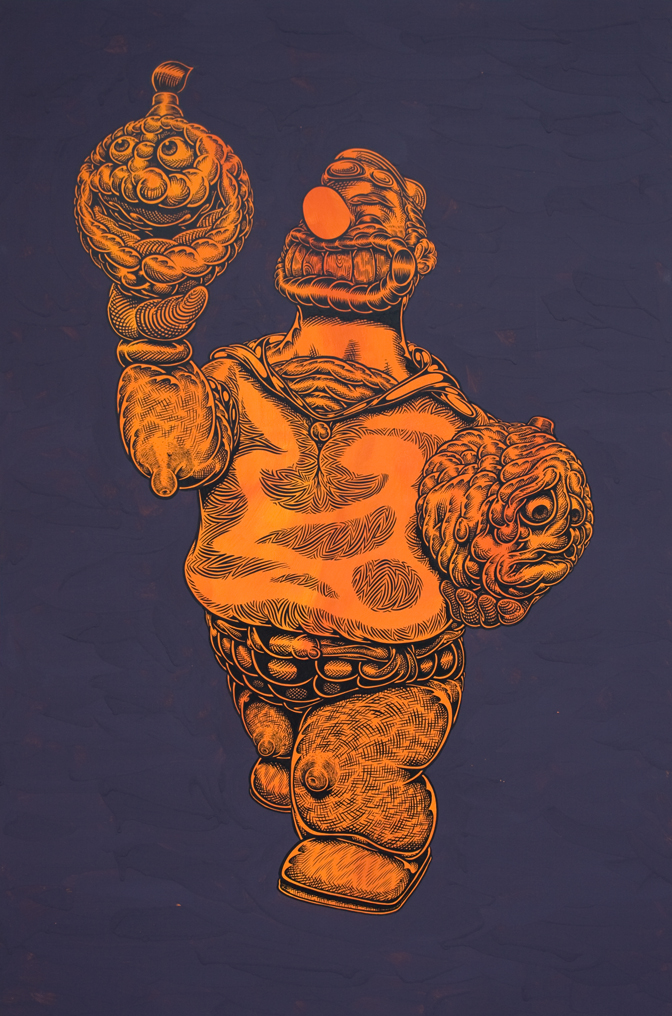 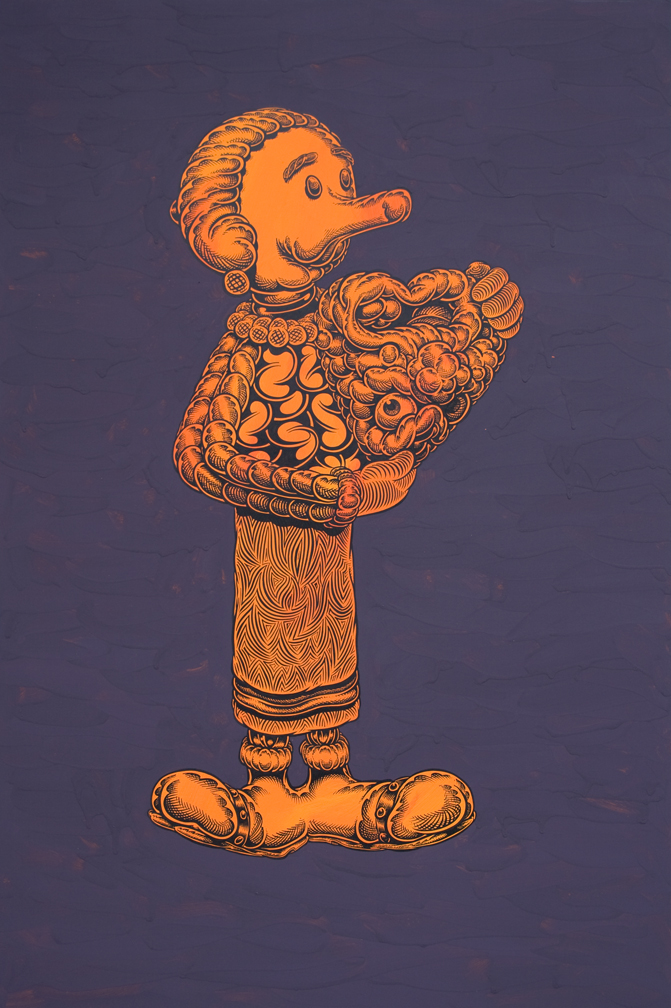 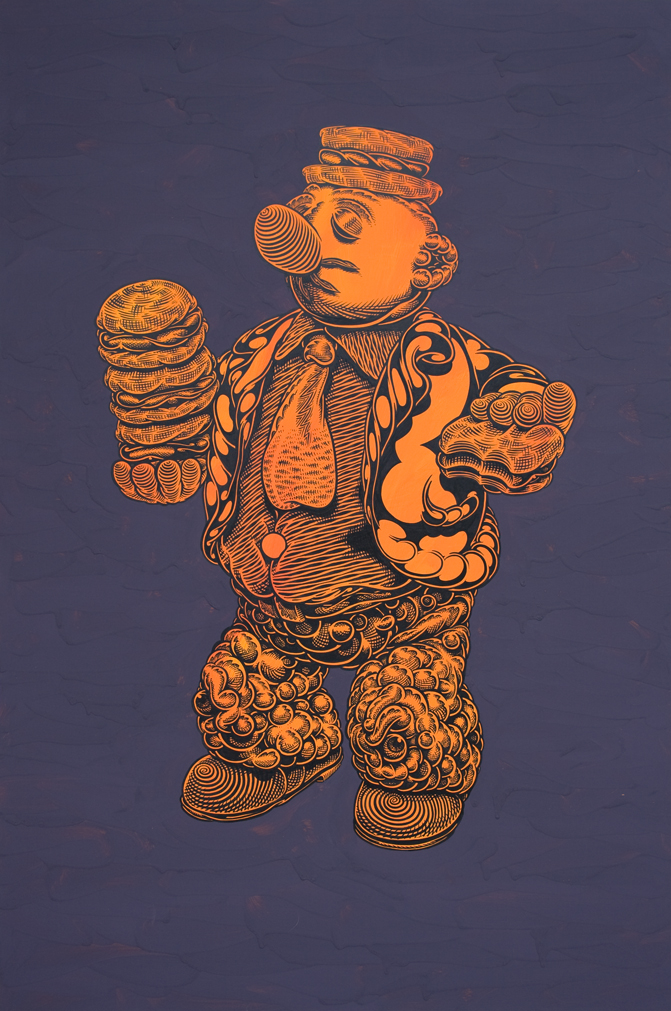 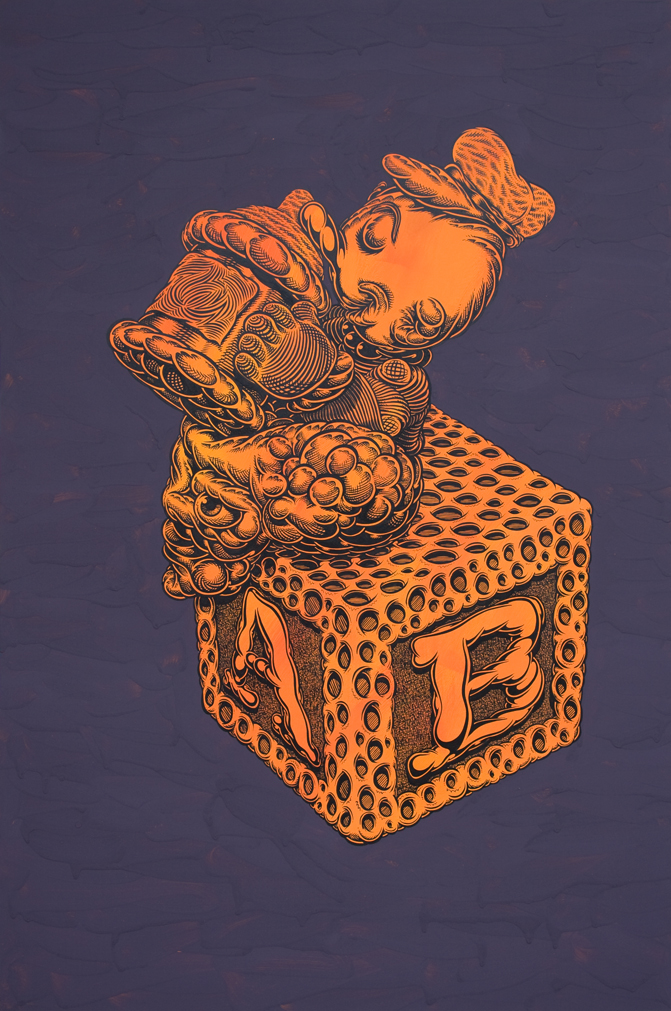