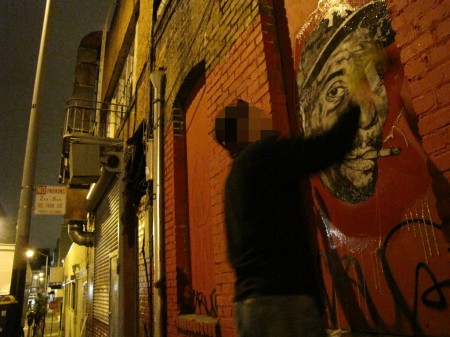 At about two in the morning last Sunday, AM met up with Hugh Leeman in the heart of San Francisco’s seedy Tenderloin district as he was preparing for his upcoming show, “Recognition” at the esteemed White Walls Gallery. Â For the past few months, San Franciscans have been greeted citywide by Leeman’s unique wheatpastes, each depicting a member of the local homeless population. Â Leeman, who befriends and helps support his subjects, often times by giving away free clothing, has been embarking on a massive social street-level campaign and was kind enough to allow us along for the ride. Â Pictures after the jump. 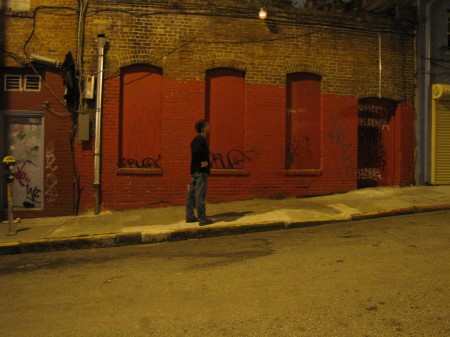 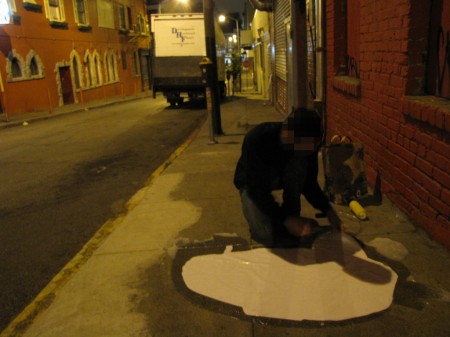 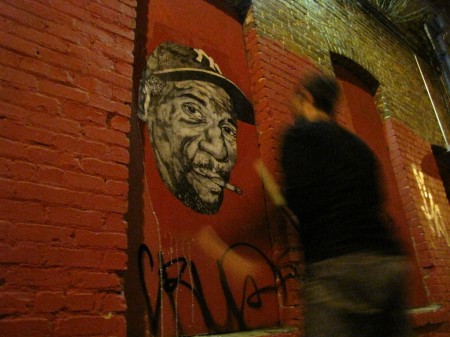 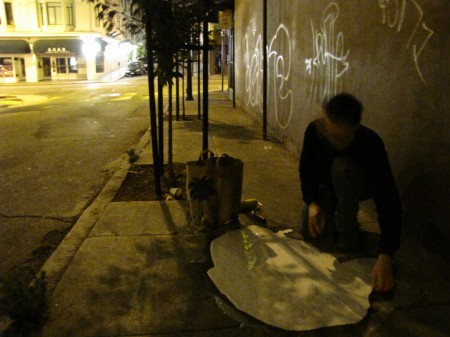 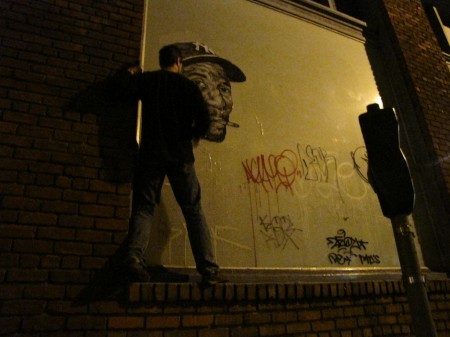 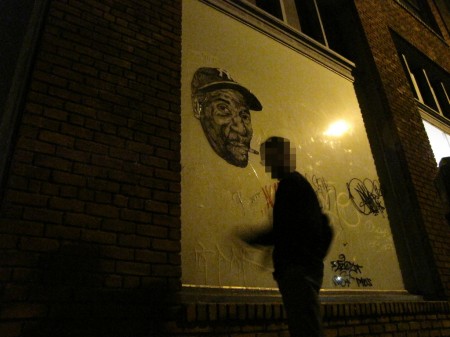 For more info regarding the impact Hugh has had on the homeless population in San Francisco, check out this video.