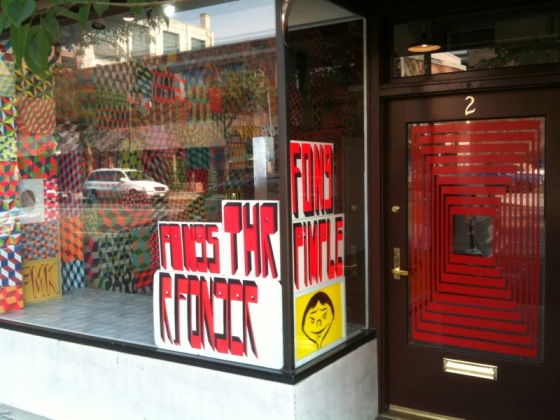 Barry McGee has been busy this month.Â  Not only was he in France for his massive install at the Biennale de Lyon and opening a solo show in Rome at Galleria Alessandra Bonomo, Mr. Pimple also found time to participate in the anniversary show at the Pasadena Armory. Â  The Armory commissioned 20 artists to celebrate its 20 years of exhibition history with installations both inside the Armory and at different sites in Pasadena.

Take a look at photos McGee’s contribution after the jump…