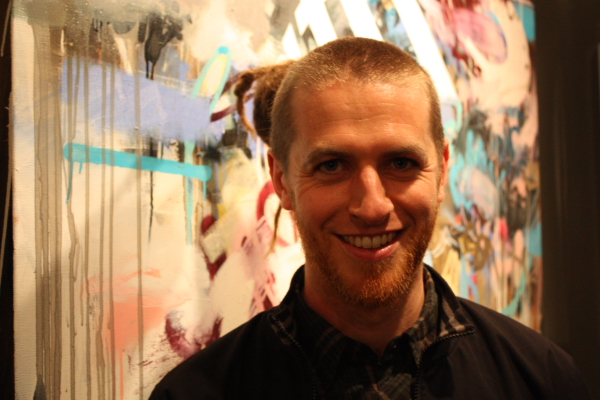 Conor Harrington‘s (interviewed)Â solo show entitled “Headless Heroes” opened last night at Lazarides Gallery in London, and AM went along to take a look at the new pieces Conor had been working on since his last showing at Kinsey/DesForges in Los Angeles along with his partner, artist Chloe Early (covered).

The new body of work saw someÂ familiar and always welcome themes inÂ Conor’s “weekend warriors,” as heÂ has termedÂ them – representations of men in military regalia who dress up for the weekend to relive past colonial triumphs, interwoven with depictions of female fashion models.

Read on to see all our pics from the opening and a little giveaway after the jump. 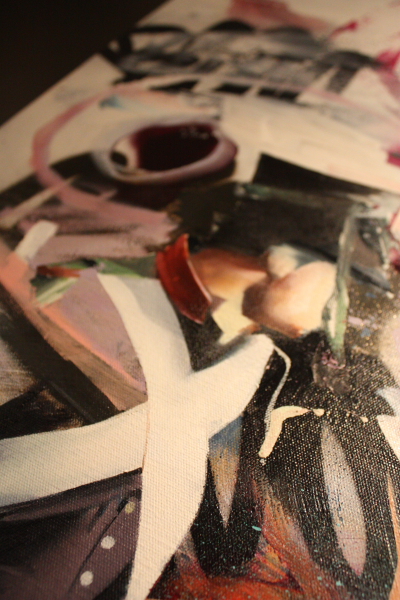 Conor’s mark-making seems to be going from strength to strength with this new series of paintings. In addition to the figurative aspects included in the compositions, elegant tall ships make an appearance beautifully rendered in oils. Further additions to the visual mix include a new theme of three-dimensional graphical bodies of text, as well as as his signature freehand tagging. 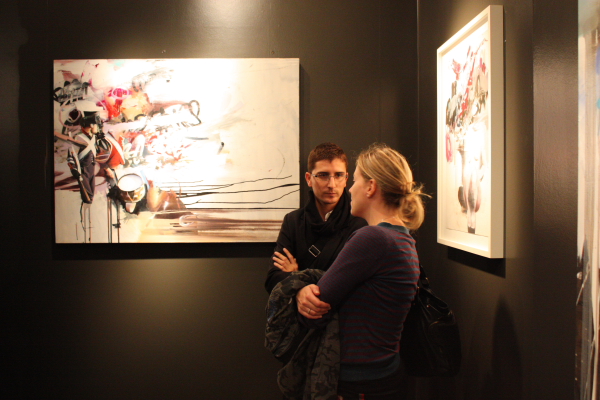 Conor’s paintings are a visual feast, and through his masterful use of both the brush and the spraycan, he achieves a fantastic level of layering and depth within his work. The largest painting, “Bang Bang, You Shot Me Down,” weighs in at 3 metres wide by 1.8 metres tallÂ – you find yourself viewingÂ a whole range ofÂ different contexts within the piece up close, whilst standing back and taking in the painting in all it’s glory. It presents Conor’s own reinterpretation, or maybe remix knowing Conor’s love of Hip Hop, of EugÃ¨ne Delacroix’s 1830 “La LibertÃ© Guidant Le Peuple” (Liberty Leading The People). Instead of leading the soldiers in a charge of victory inÂ Delacroix’s painting, Conor’s fashion model version of Liberty gazes from the canvas in disinterest atÂ what the boys are playing at. There is a bandana or blindfold (blind justice?) partially obscuring her eyes as if to reinforce her removal from their masculine world even further. 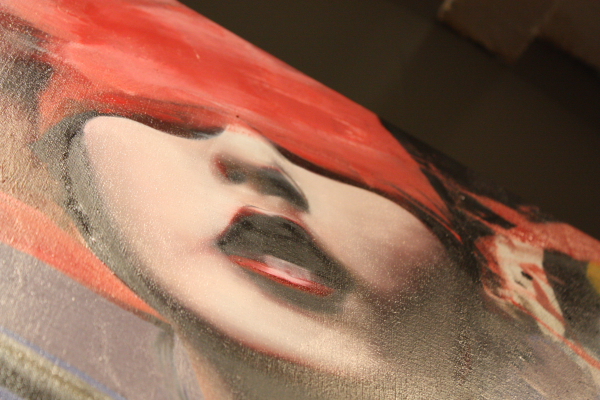 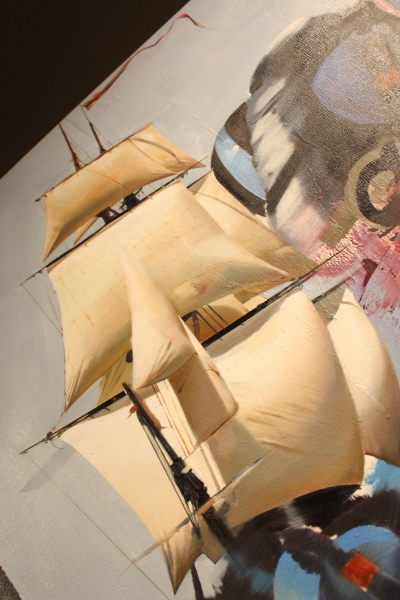 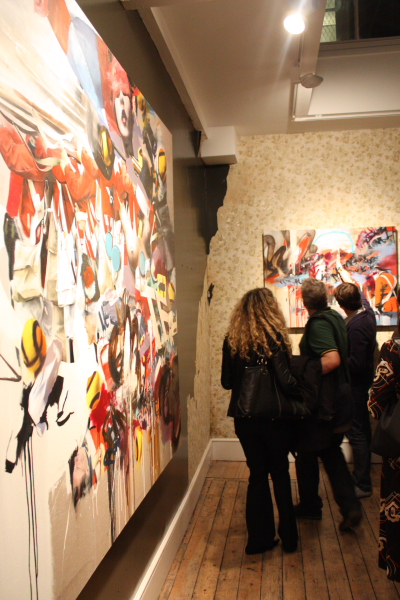 The show runs until 26th November, and is another one of those “must see” shows that the UK has been enjoying so much of lately. 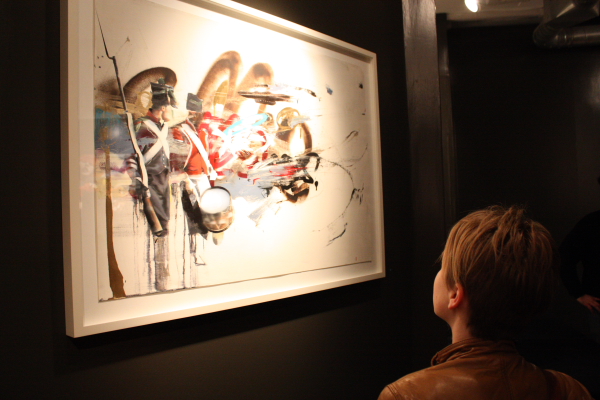 Conor signed a couple of the show cards for us to give away to our readers. Each comes with a specialÂ Irish message from Conor. Either leave a comment here or on the show thread on the Artchival forum before Sunday 7pm UK time and we’ll randomly pick a couple ofÂ winners.