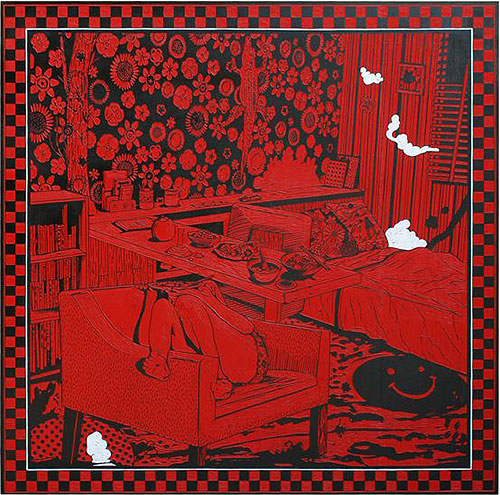 Los Angeles’ Mark Moore Gallery sent us a few preview images of works by Japanese artist Kenichi Yokono that will be shown at their booth at Pulse Miami 09. Yokono’s graphic and often grotesque woodblocks – which are carved and painted, but not printed – garnered him invitations to several of Takashi Murakami’s early Geisai fairs, but it wasn’t until Yokono’s self-sponsored installation at Pulse NYC 06 that he started getting attention outside of Japan. Since then, Yokono has shown several times with Mark Moore at the gallery and at fairs, as well as in Japan and Vienna; a show in Amsterdam is scheduled for early 2010.

These new pieces find Yokono working in red and black, instead of his typical red and white, but show the same intricate carving and horror movie/rock-n-roll themed imagery. Looking forward to seeing these in person in just a few days.

See the other images, after the jump. 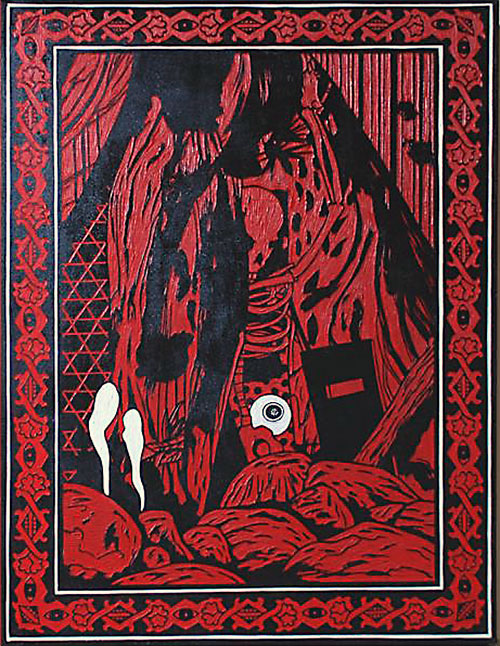 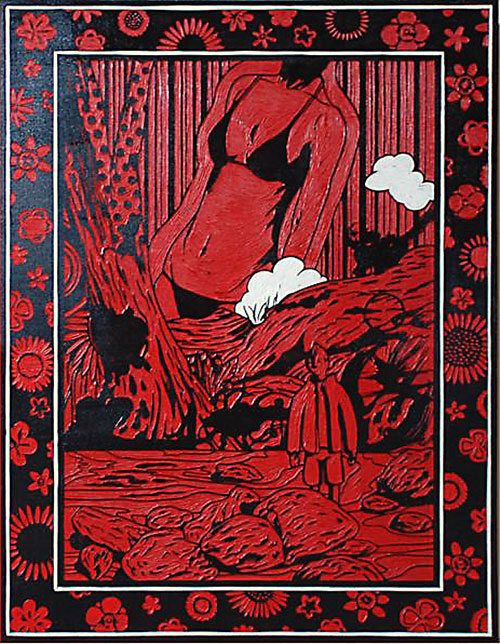