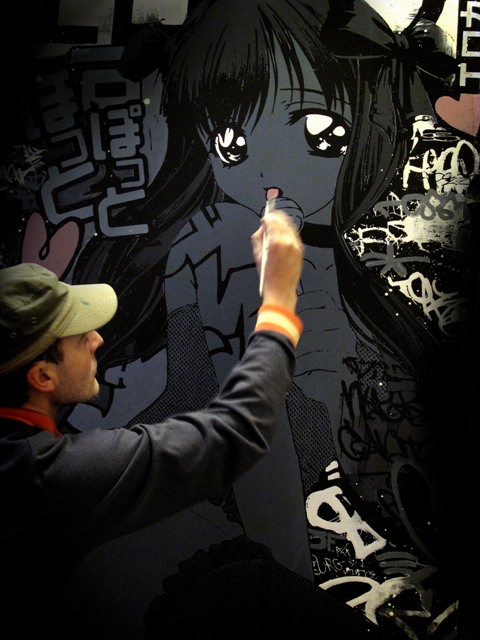 Last month, we brought you a hint of what to expect from Hush (interviewed) in “Innocence,” his upcoming solo show at Urban Angel Art Lounge. With the opening reception just days away – the show will be on display from November 12th through December 12th – we are excited to bring you an exclusive preview of this stunning new body of work.

Says Hush, “I believe progress is important and always push myself to move forward. The pieces for ‘Innocence’ are a comment on the hentai/manga/pornography scene and how it’s sold as cute but has darker undertones. The titles of the work in English lead the viewer to believe the message in the image but the Japanese typography within the works tell a completely different story to the viewer once translated. I like the juxtaposition of this and the idea of the works and message being ‘lost in translation’ to the non Japanese-speaking audience.”

See what he’s talking about after the jump. 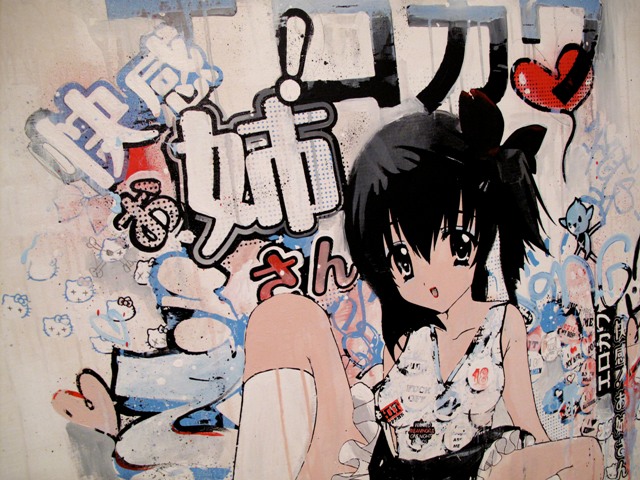 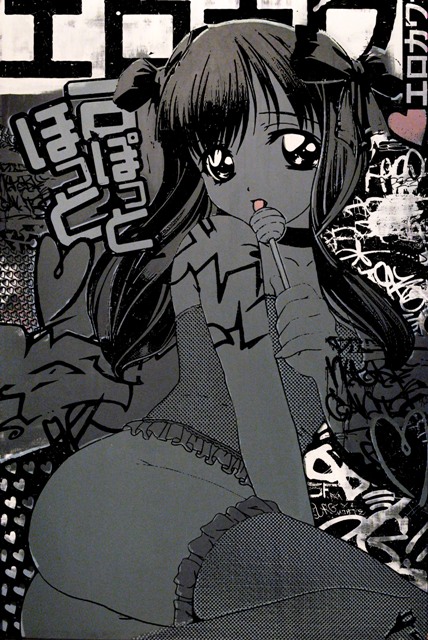 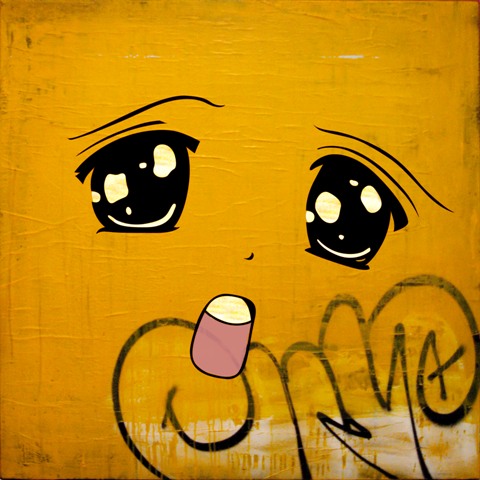 Remember when Hush painted the Expressions series on the streets of Newcastle? 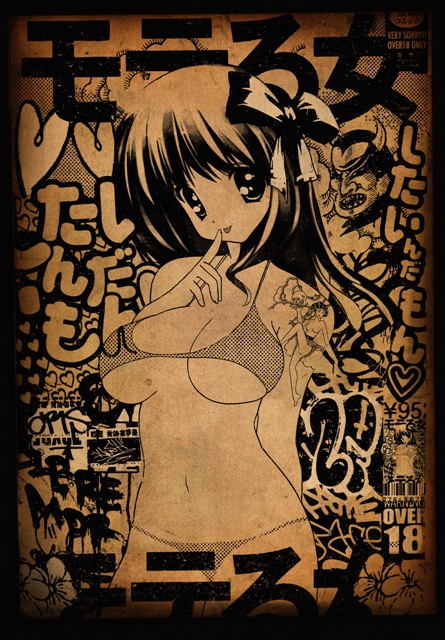 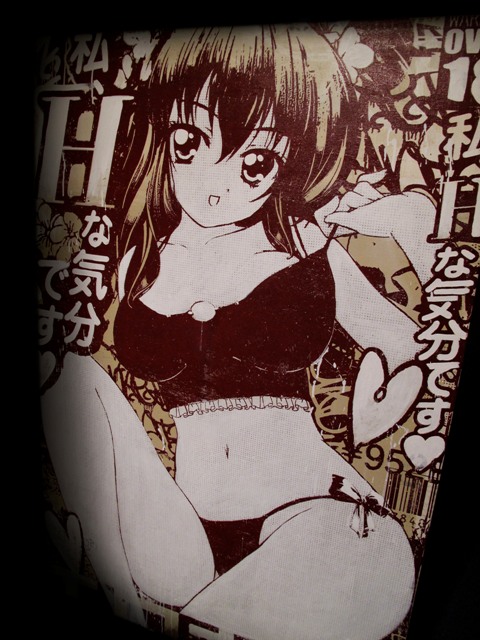