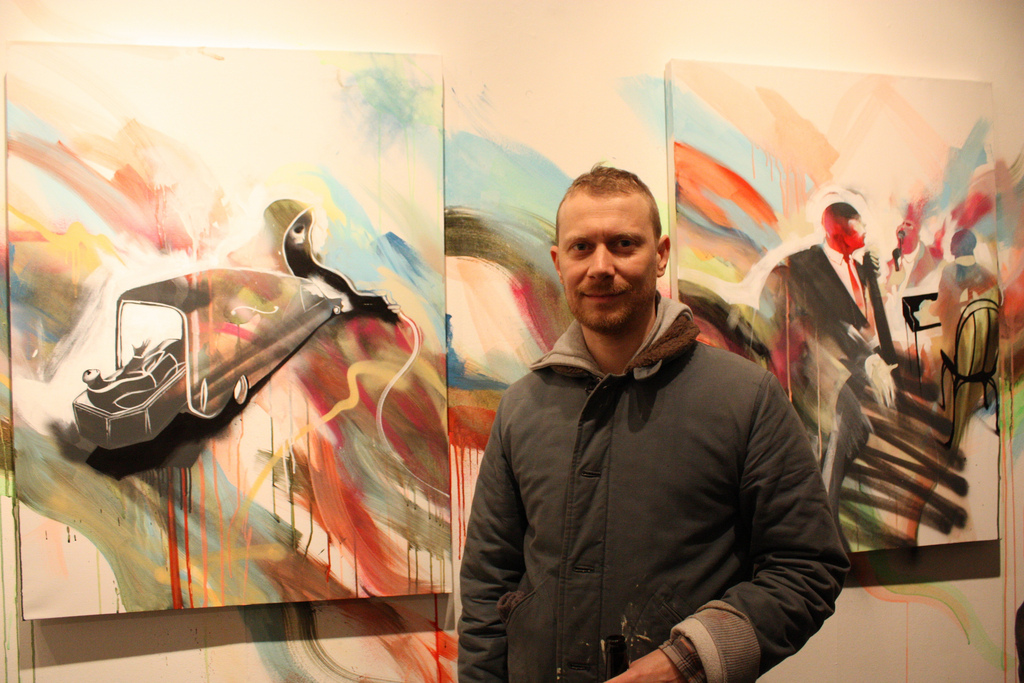 StolenSpace’s official start to 2010 has arrived in the shape of “Original Culture” featuring an Anglo-Italian line up of Ericailcane, DEM and Will Barras.

Will Barras was at the opening this Thursday night, and his element of the show consisted of a series of stunning and poignant works painted in situ. Will told us that the paintings were inspired by news he heard on the radio of the author Terry Pratchett, who suffers from Alzheimer’s, who had proclaimed that he would end his own life when he was ready to do so. Will’s triptych portrays a story of a man’s assisted death administered by a poisoned cup, through death itself, and onto the other side where happiness is found in celebration, spreading between the 3 canvases and also to the surrounding wall. Will’s dynamic and inspired installations never fail to please.

The exhibition formed part of the the Original Cultures project runs in collaboration with the show. Read on for more information and pictures after the jump. 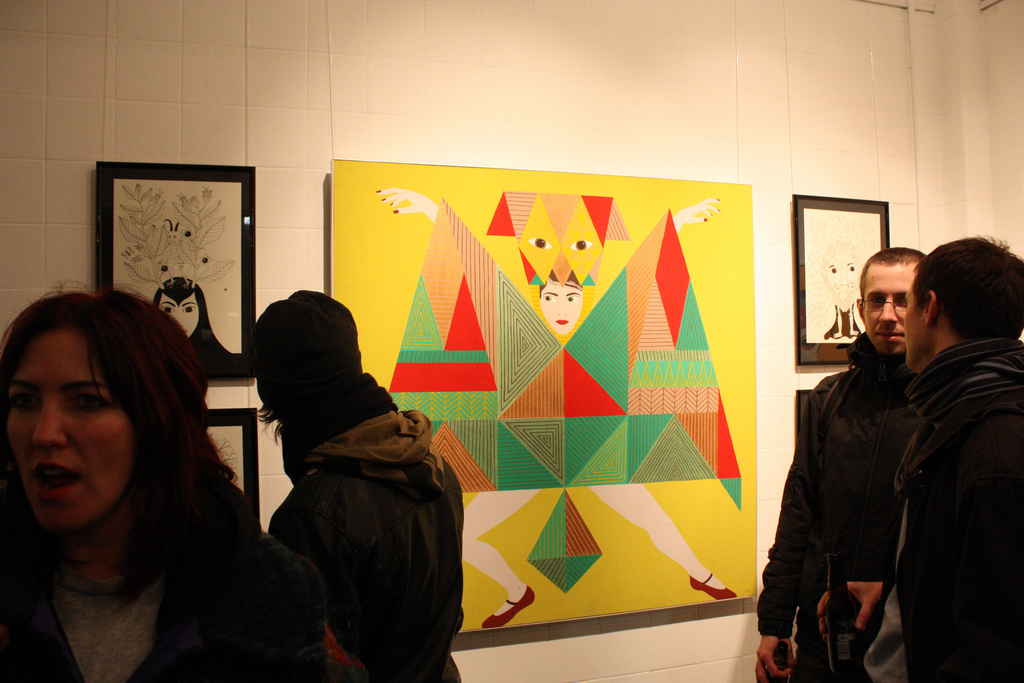 DEM brought a series of works on paper and on canvas – including a huge wall-filler, his pieces leaving us with a Brazillian kind of vibe.

Ericailcane’s contributions were a slew of works on paper, with the pieces nicely presented in a series of vintage frames. We loved the details of the animals depicted in compromising situations – the humour in his work never ceases to amaze. Check out the buck toothed rabbit trying to take his tooth out with the aid of the string tied to the door handle and the lizard with his tail stuck in the doorway! 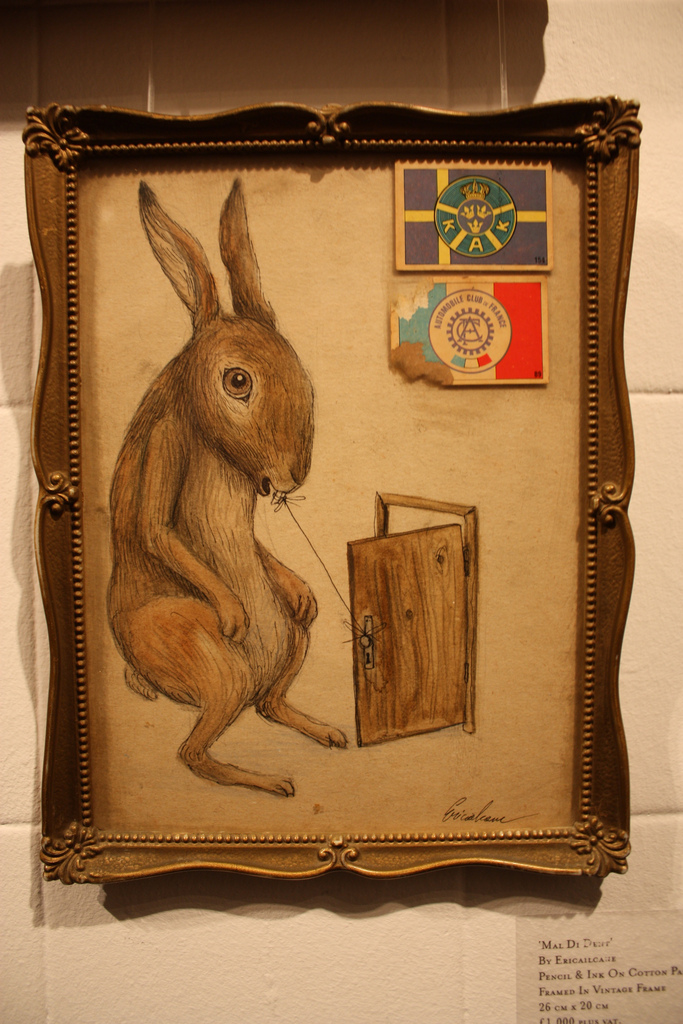 Ericailcane, DEM and Will Barras will at the gallery on March 4th for the show’s closing party (a first for StolenSpace) which will feature live painting from the 3 artists in gallery and just outside in Corbett Place. Sounds like fun.

Furthermore, Original Cultures London 2010 will take place from February 27th until March 5th, 2010. Seven artists from the UK, Italy and Japan from the fields of music and visual arts will align for a series of activities including workshops in venues across East London. The artists are Ericailcane (Italy), DEM (Italy), Will Barras (UK) and Hiraki Sawa (Japan) for the visual arts and Om Unit (UK), Tatsuki (Japan) and Tayone (Italy) for music. Throughout this time, new and original collaborative works will be created, culminating on Friday March 5th in a one-of-a-kind audio and visual showcase featuring all the art created during the week and performed live. Sounds like more fun!

We’ll bring some further news on these events closer to the time.  For now, enjoy the rest of the images in the gallery below.