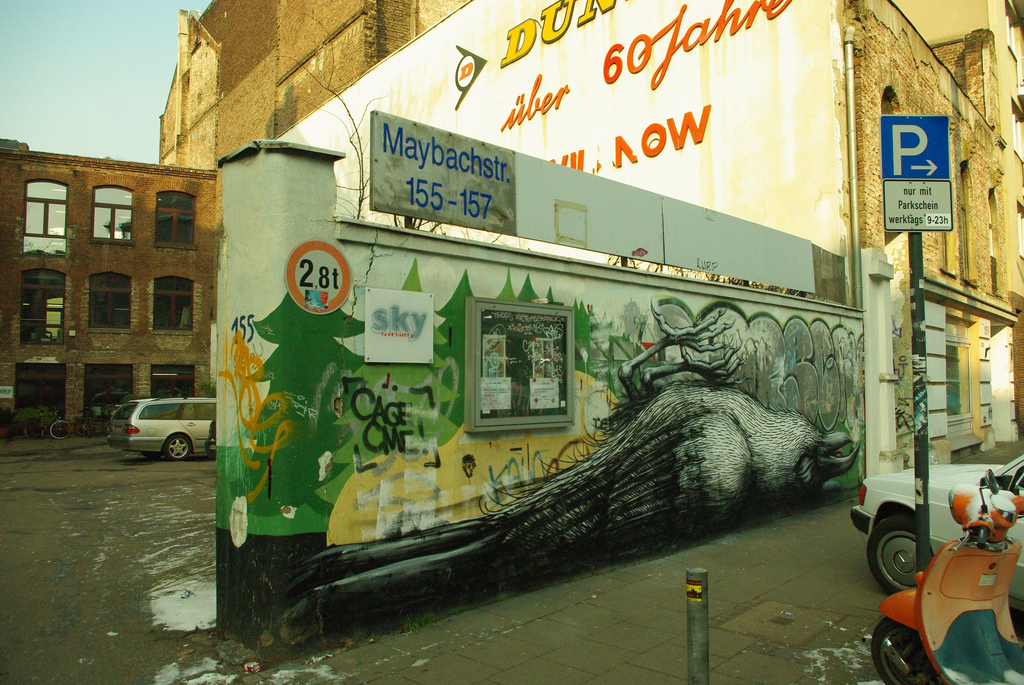 Up-and-coming Belgium-based street artist Roa had a show open last weekend (running until March 13th) in Germany at the ArtyFarty Gallery. As you can see in the picture above, he also found time to get up some pieces in and around the streets of Cologne. He will also no doubt do the same in Paris if he plans on attending his show opening there this Thursday, February 4th, at Galerie Itinerrance.

Roa’s has made his name by wandering the streets of Europe putting up large-scale pieces of typically black and white images of birds or mammals. His subjects are depicted in various stages of the life cycle – standing alertly, in a peaceful sleep, and even after death. Often times, the innards or skeletal structures are revealed in detailed and creative ways.

Stop by and check out these shows if you are in town and also check out more of his work on his flickr.