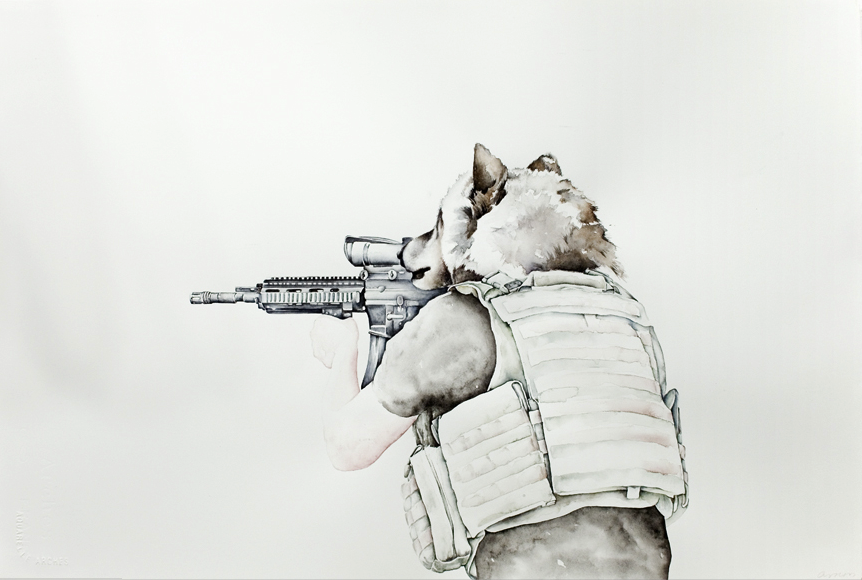 Amy Ross recently opened what sounds to be a deeply personal show. “Brother Wolf”, in Boston at the Steven Zevitas Gallery. Although most readers may be more familiar with her previous work with her signature blending of the plant and animal kingdoms, Ross has chosen to take this new set of paintings in a new direction.

Because of her strong anti-war views, she has struggled with the fact that her brother is in the military. Moved by her siblings photos of his recent tours of duty in Iraq, her new paintings “search for the vulnerability, humility and humanity of soldiers.” She combined the wolf and human forms because “like wolves, soldiers survive in unfamiliar territory by subsuming their individual needs to that of the pack/unit.”  Also, “for both wolf and soldier, there is a popular misconception that they are something to be feared and avoided at all costs.”

In any event, her skills with watercolor still shine through with this new direction and in fact, we like the new subject matter. Although the show has already opened, the actual opening reception is on February 5th. More images after the jump…