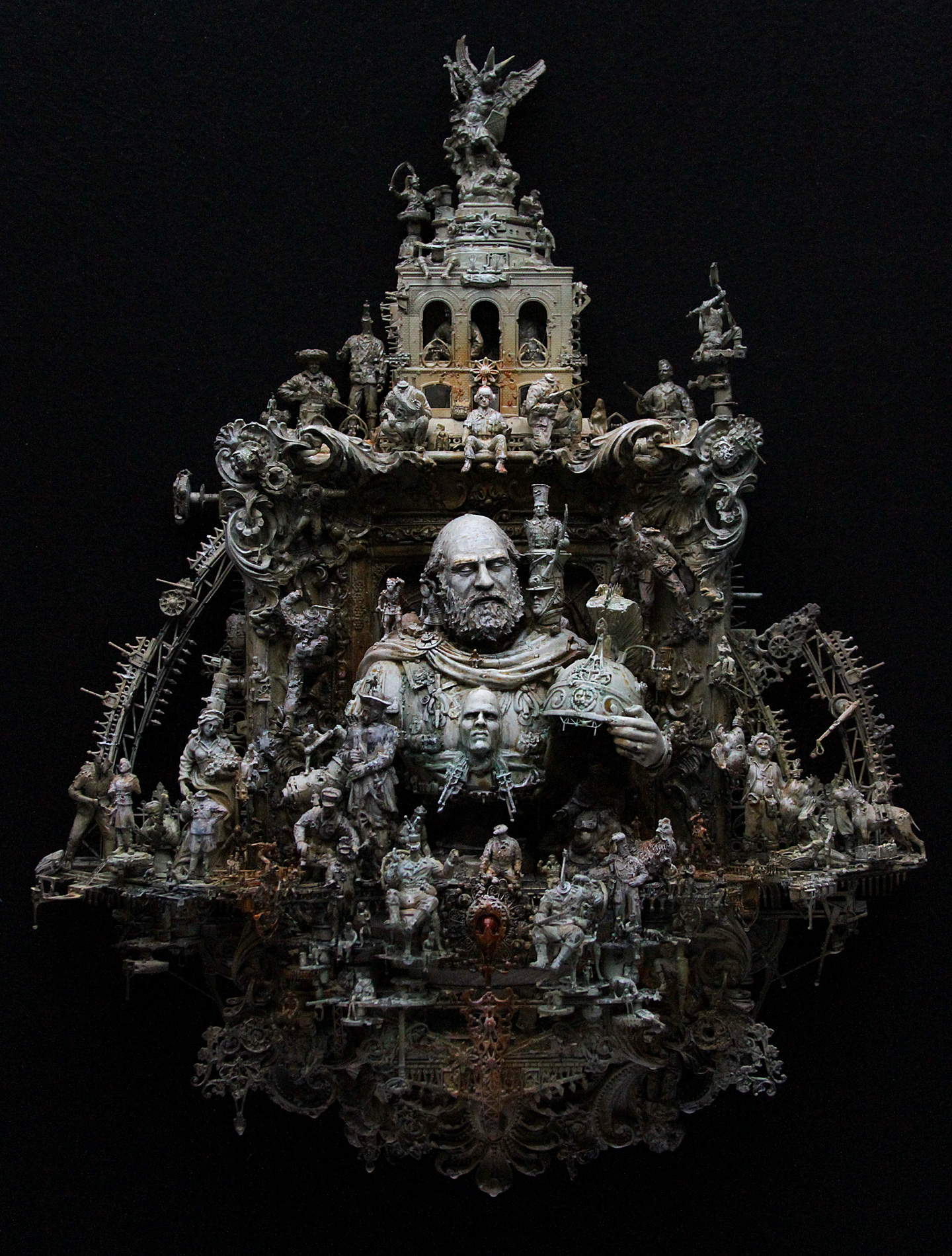 As spring kicks into gear this month, the shows are pouring forth like April showers. So many good shows, hard to single out just one, but some of those that are foremost on our radar include the big grand re-opening of the new and improved La Luz De Jesus Gallery out in the Silver Lake/Los Feliz area of Los Angeles where the recently shuttered BSFA in Culver City is getting folded back into the legendary La Luz space. So now there will be two nice spaces in one, with an average of three shows taking place each month with the big show this weekend being anchored by Scott Hove – the man responsible for the sick 3D cake sculptural piece at the current Hi-Fructose 5 Year Anniversary show at Copro Gallery in Santa Monica, CA.

Besides the rebirth and expansion of La Luz De Jesus, other shows we can’t wait to see more from include Kris Kuksi’s big SF debut up at Shooting Gallery, Oliver Vernon’s return to Denver with the David B. Smith Gallery, Mars-1’s invasion of Toronto at the esteemed Meta Gallery, Usugrow’s debut UK solo show at StolenSpace, and Dabs Myla’s return to Australia. Beyond those exciting shows, another big milestone for our movement takes place this weekend as Ed Templeton’s big mid-career retrospective in Belgium opens at the Stedelijk Museum voor Actuele Kunst (S.M.A.K.). To say April is off to an amazing start is an understatement.

Ladies and gentlemen, start your engines and get out there and support the arts this weekend. Full schedule after the jump… 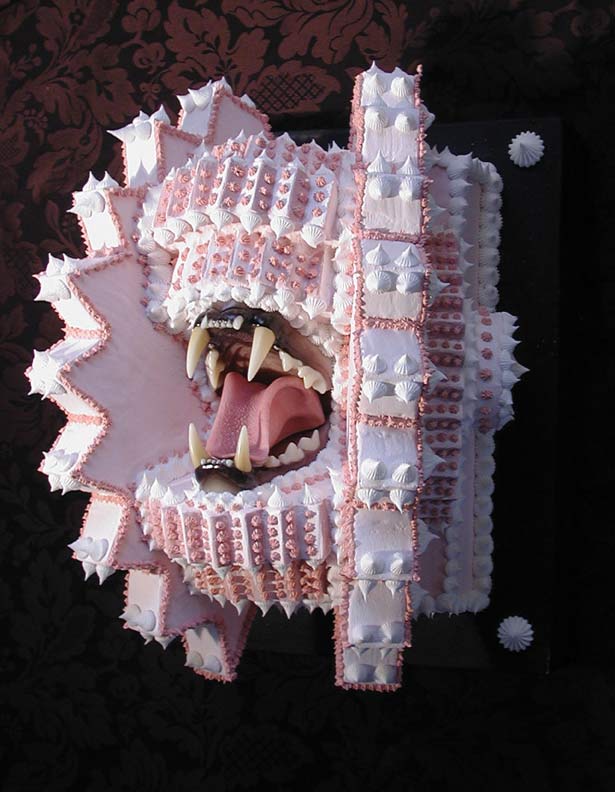 Sat, April 3rd 7-11PM
Gallery Nucleus
210 E. Main St., Alhambra / 626.458.7482
‘Fashion Illustration Spanning The Globe’ featuring works from over 25 international artists whose works regularly graces the pages of magazines like Vogue, Cosmopolitan, Elle, and Nylon and have collaborated with top designers like Dior, Jean-Paul Gualtier, among others – complete with runway shows throughout the night, live model drawings, live DJ action and raffle prizes throughout the eve
(On view through April 26th)
www.gallerynucleus.com 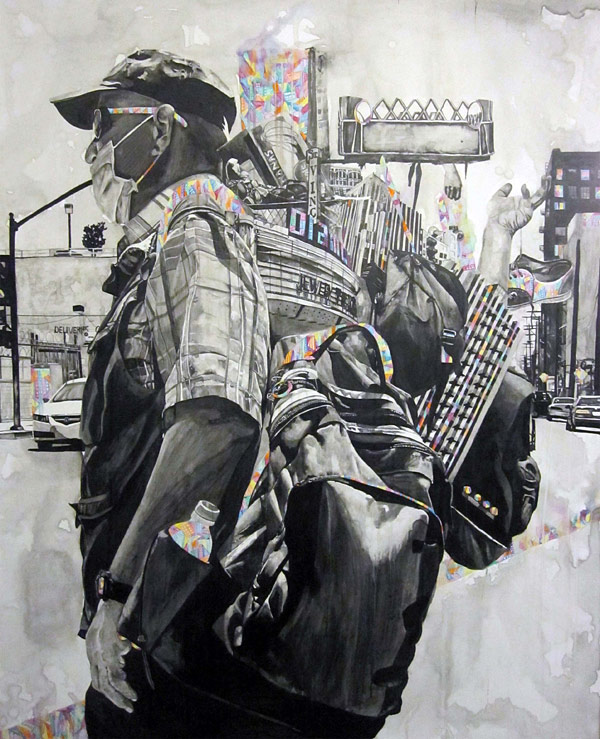 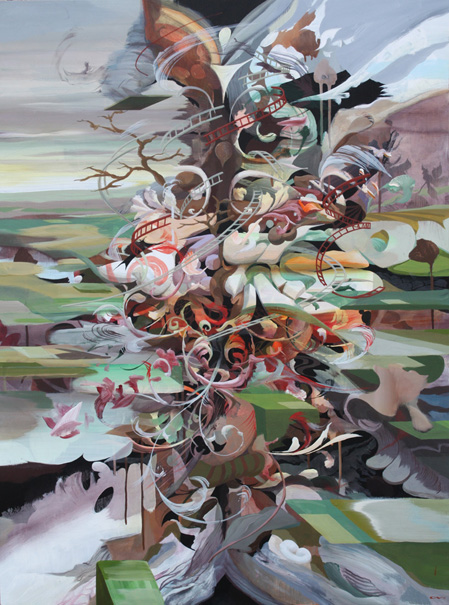 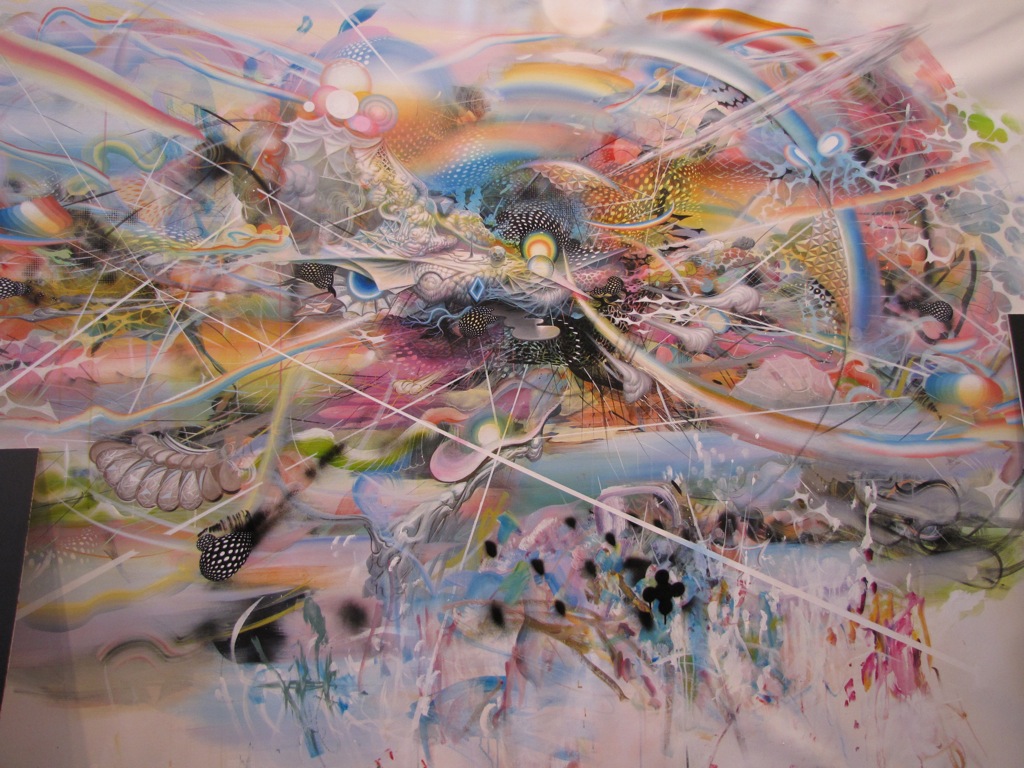