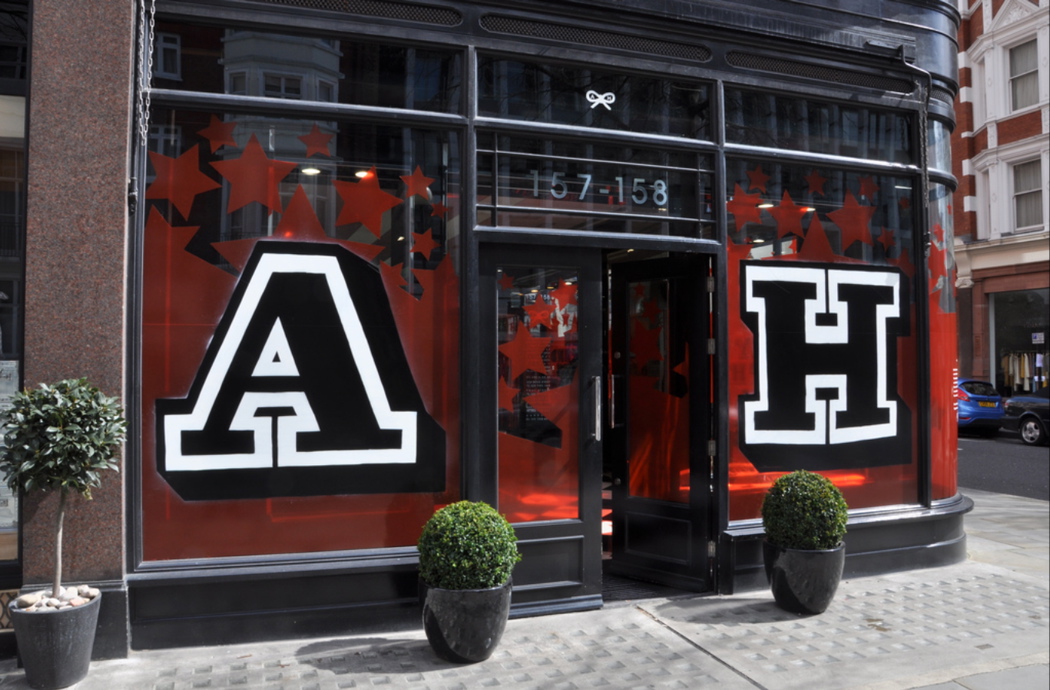 Haven’t heard much from typographical street artist EINE since his show at Carmichael Gallery last July, but photos have come out that show his takeover of a Anya Hindmarch store in London. Eine recently collaborated with the popular British designer on a series of bags featuring his signature imagery.