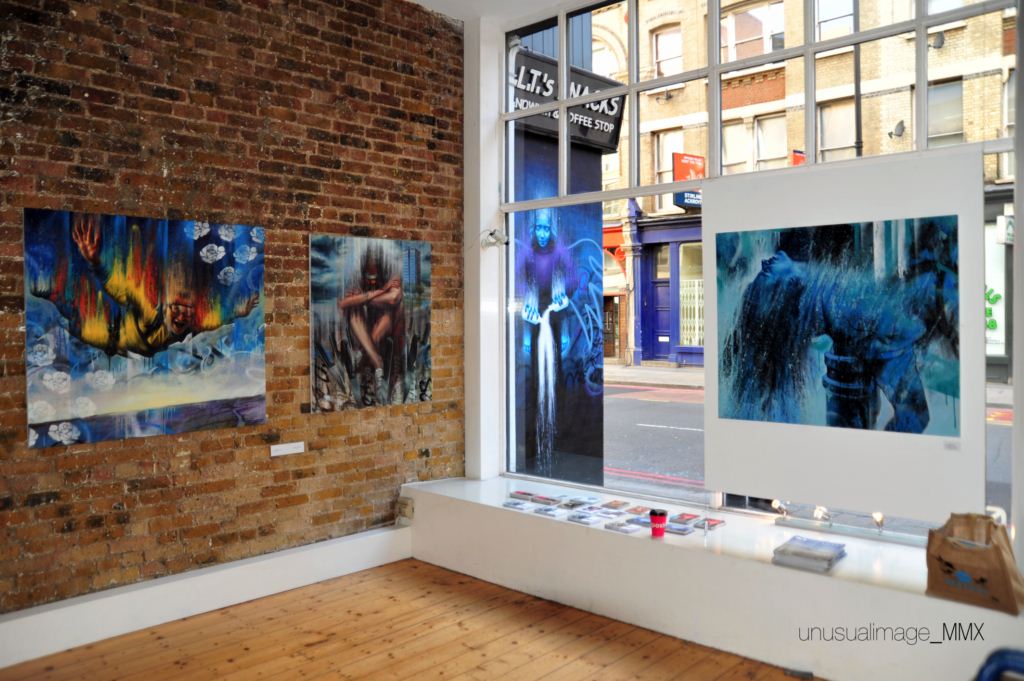 Dale Grimshaw’s vibrant paintings were on full display last Friday when his new show opened at the Signal Gallery in London. His new series of works, “Arcana”, centered around the characters of a deck of tarot cards such as “The Fool”, “The Eight of Swords” and “Judgement” seen from left to right in the photo above.  He also found time to throw up a mural, which you can see peaking through the window.

With this body of work, Grimshaw proves he is a master of portraying different moods and conveying a multitude of emoitons through his work, not to mention being able to infuse his paintings with a sense of motion and a brilliant use of color.