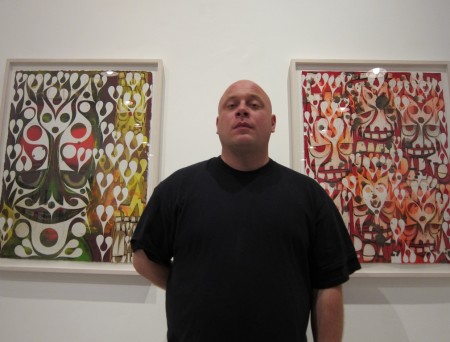 It’s a rare and special privilege for your city when two of the biggest names in urban art open shows on the same weekend in galleries separated by just a few miles.  Having been treated to the spectacular exhibition staged by David Choe, Los Angeles braced itself for a show of brand new work by the highly respected and unique artist Phil Frost.  Frost filled Known Gallery to the brim with artwork mostly in two different uniform sizes, consisting of his unmistakable masked characters. 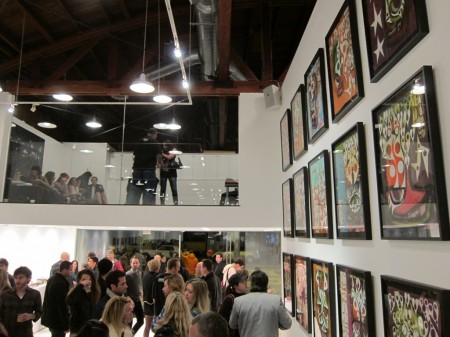 The artist returns to show in Los Angeles after a highly successful show at Prism, where he, along with Barry McGee, helped open the gallery with a thunderous bang.  Unlike the Prism show, Pale Writer includes flat works on paper, in manageable sizes, though the signature high quality remains.  Phil Frost pieces really must be seen in person, in order to appreciate the vivid colors, contrast, and detail that the artist imbues into each piece.  The sheer volume of work also creates an immersive experience that surrounds you in the Frost universe.  Just make sure you visit Known Gallery before the show closes May 15. 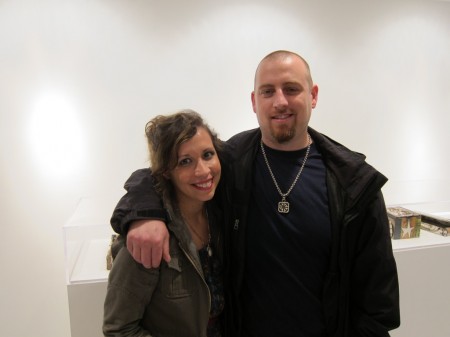 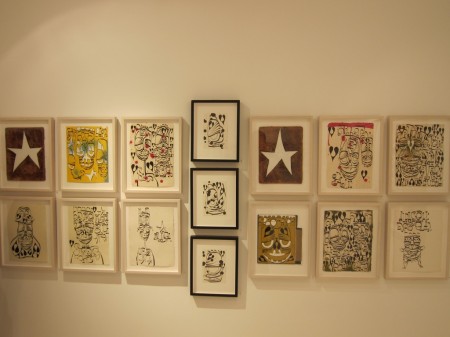 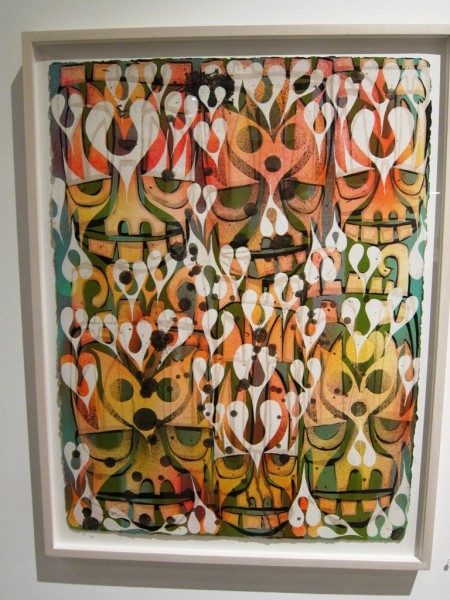 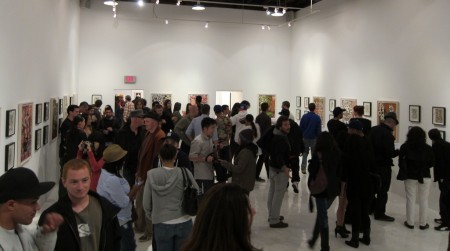 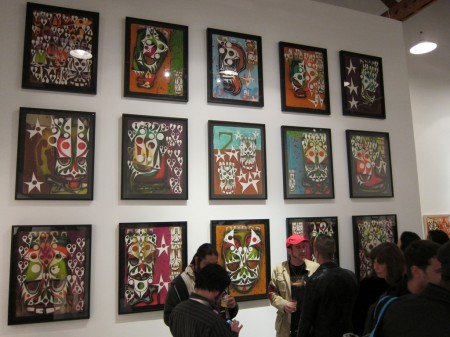 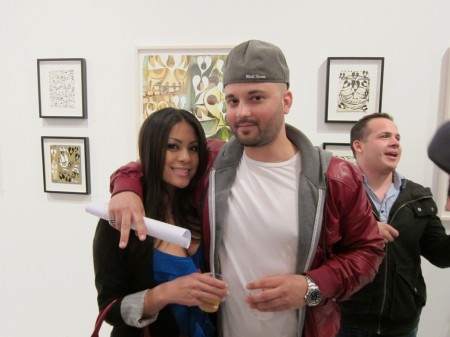 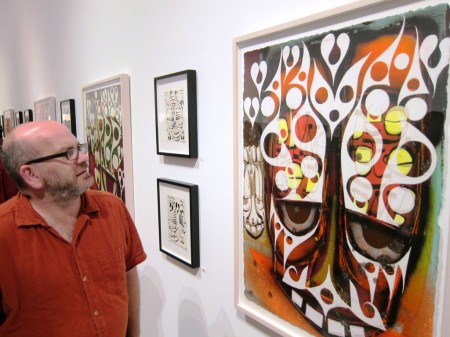 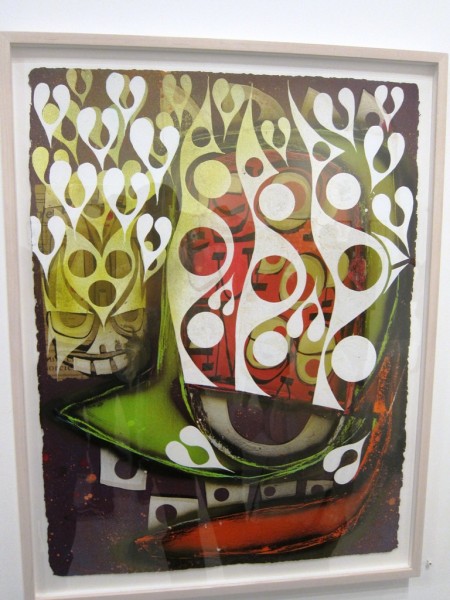