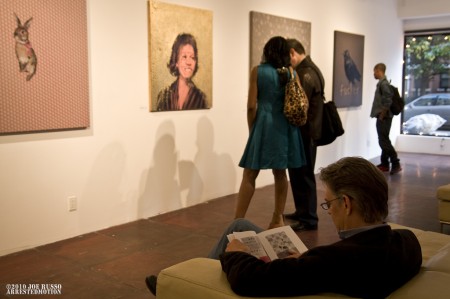 AM was on hand to experience the private opening of Charming Baker’s latest show “Stupid has a new Hero” at New York Studio Gallery (previewed). The pop up show welcomed a slew of friends and fans of London-based artist’s clever yet abrasive paintings. Charming and crew rolled out the red carpet for all to enjoy the special night by making sure everyone walked away with something in their hand; he even set up a cool hand silkscreen station where people could make their own prints for Charming to sign.

Composed with striking subjects making irrationally alluring actions, it seems that Charming’s artwork is finally gaining the momentum and attention it deserves. The exhibition was a sold out success and according to the Telegraph, some pieces were snatched up by the likes of Damien Hirst, Frank Cohen, and Alberto Mugrabi (the Mugrabi family owns the most Warhol’s in the world!). Remember this show only lasts until May 29th, so make a trip out to catch it in person.

Check out the opening night action after the jump. 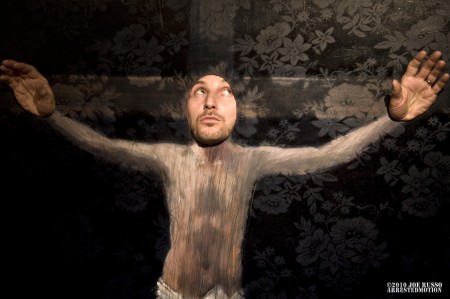 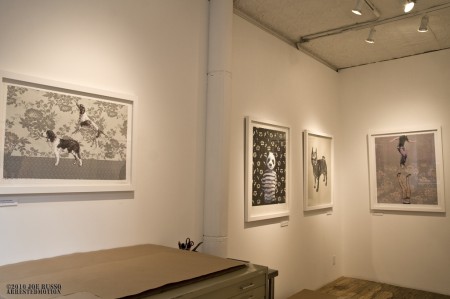 The signed prints displayed above were sold out at the opening, but the Carmichael Gallery who showed Charming in Los Angeles (covered) may still have a few in stock. 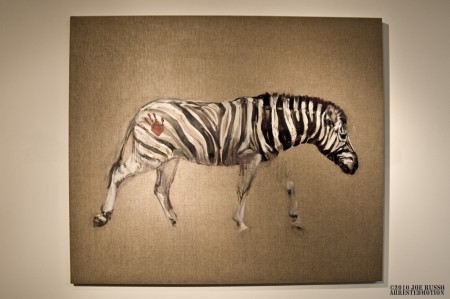 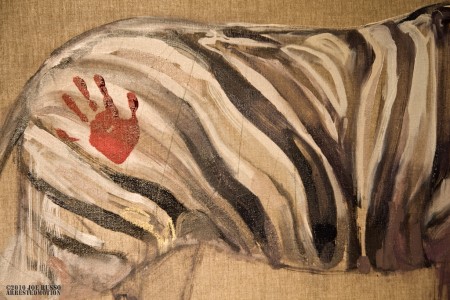 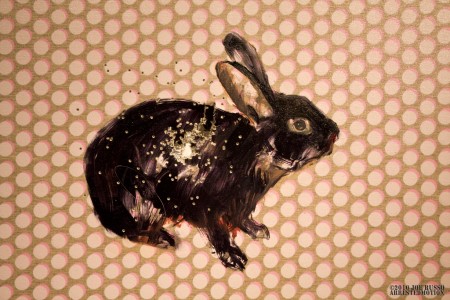 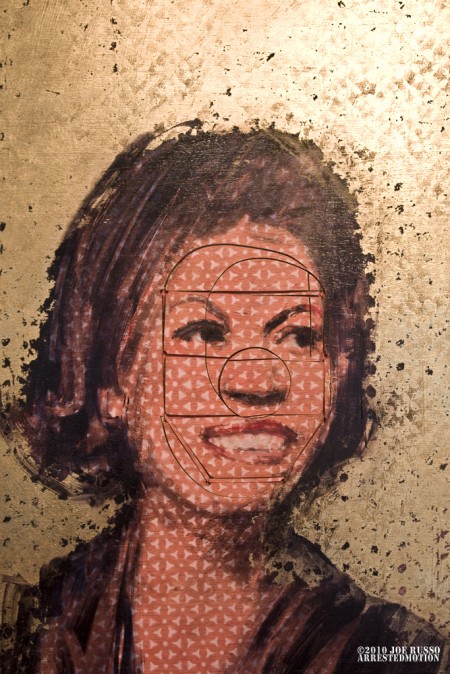 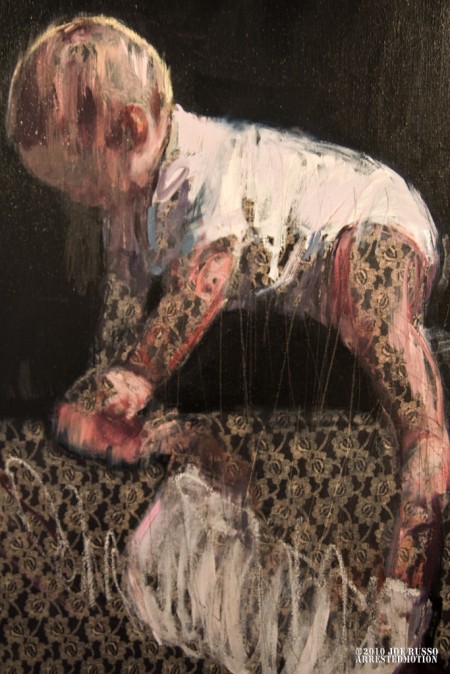 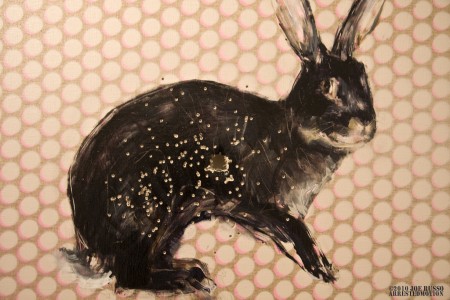 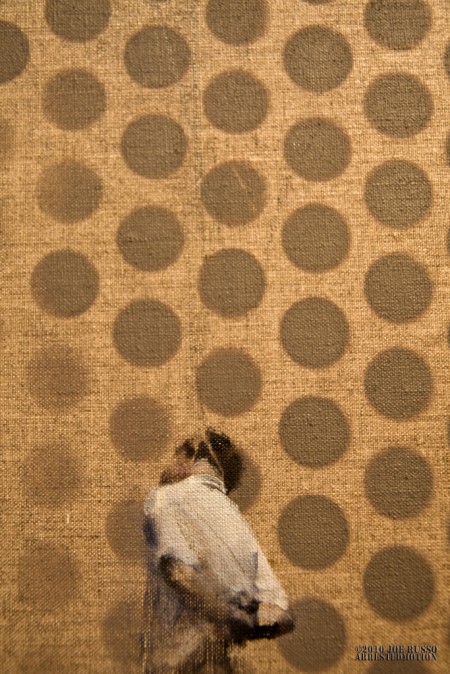 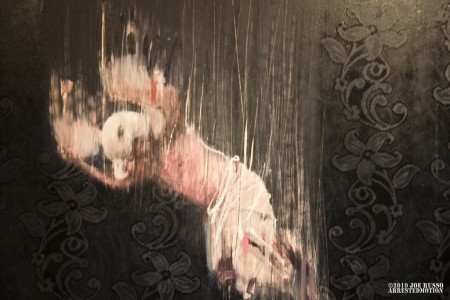 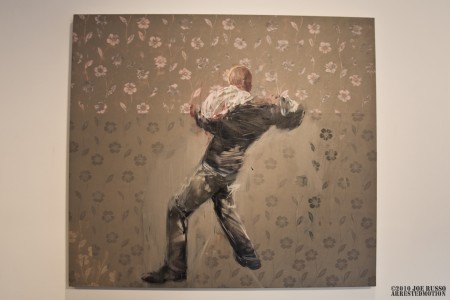 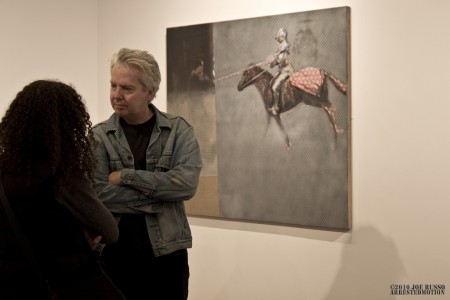 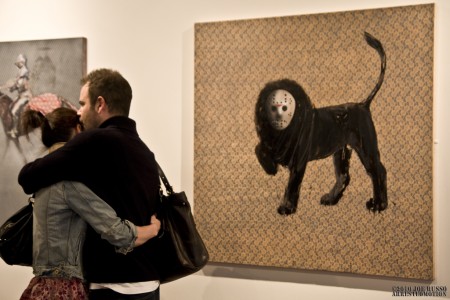 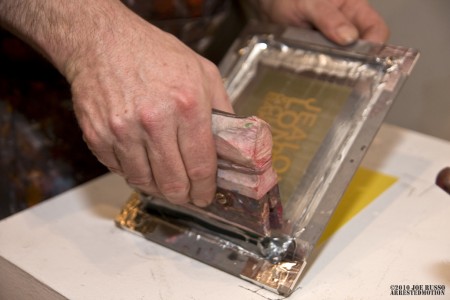 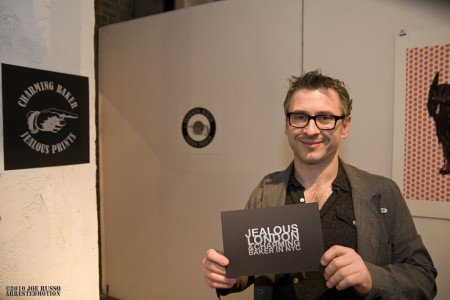 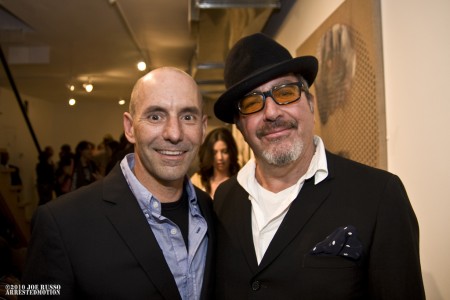 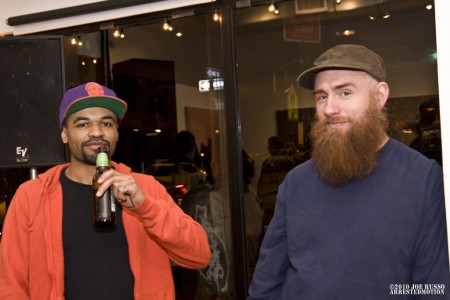 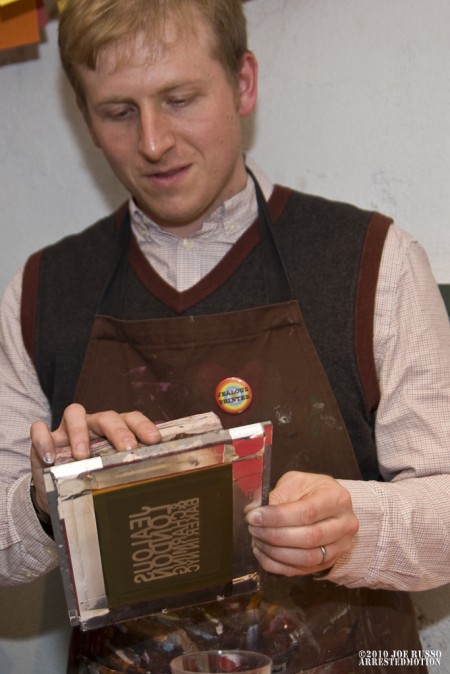 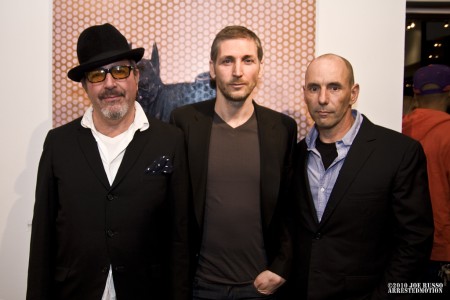 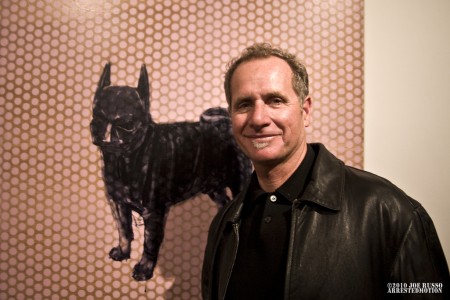 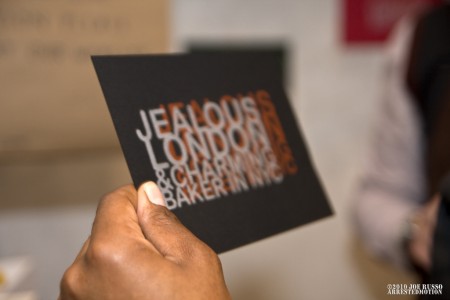 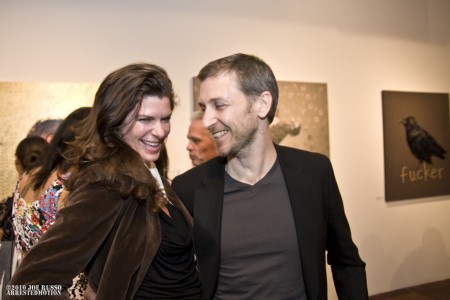 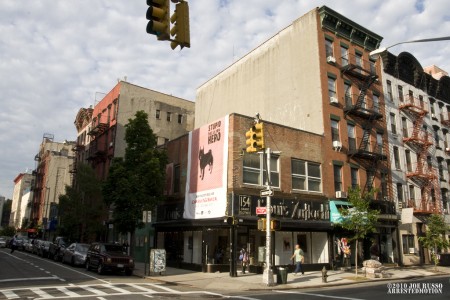 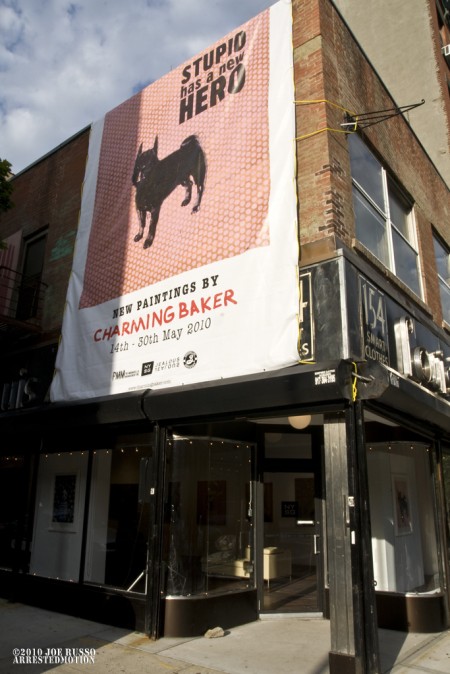