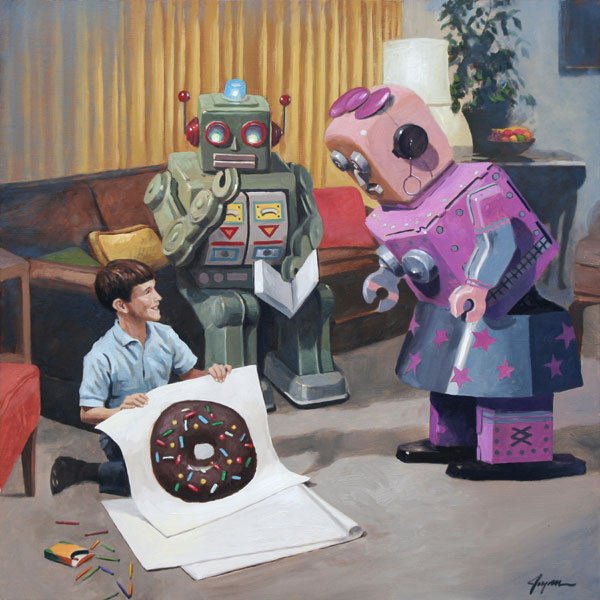 Robots and donuts – a perfect combination that has worked for year after year, show after show – who knew? Of course, we are talking about the work of Eric Joyner, who will be opening a new solo show – “Donut Logic” at Corey Helford Gallery in August. Often locked in epic battles or involved in unlikely scenes where the protagonists and antagonists have been been replaced by tin robots and donuts of various shapes and sizes, Joyner’s characters are painted with a sort of “retro-noir” feel, if there is such a term. We’ll have more for you as the show gets closer but for now, enjoy this teaser pic.