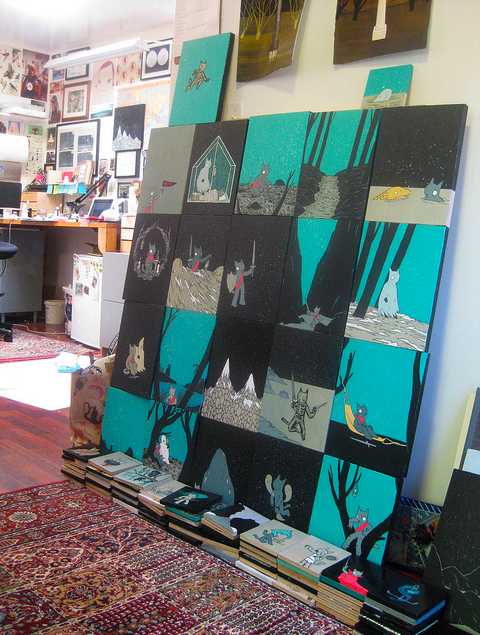 Opening at the second and gallery location for Giant Robot on Sawtelle Street next week is a joint show from Deth P. Sun and Ferris Plock. As you can see, Mr. Sun has been busy preparing a new body of work following the adventures of his beloved feline character as he appears to be trekking through the wilderness. Along the way, only armed with a knife, the wiley cat encounters other creatures as well as some ghosts!

We’ve been enjoying Deth’s charming characters and imagery for a minute now and know that you will as well. Take a look at the show card and more preview pics after the jump… 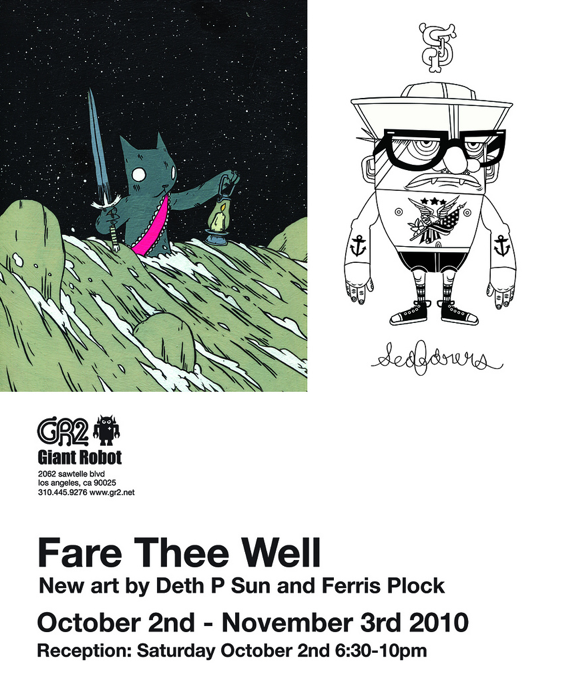