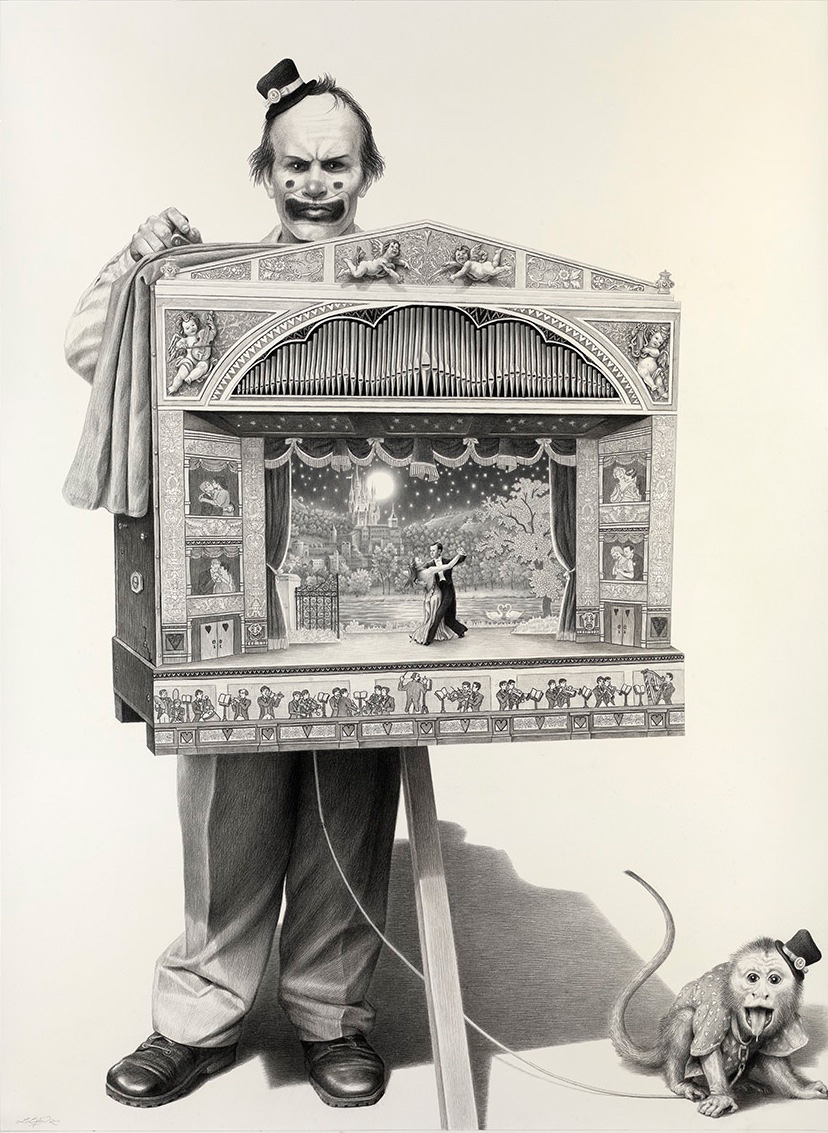 One of the most gifted artists we know that works mainly graphite, Laurie Lipton, will be presenting a mostly new body of work this Friday night at the venerable La Luz de Jesus.  Entitled “Machine Punk”, many of the new works are inspired by the steampunk movement and her apparent fascination for complex machinery. Hear what she has to say about the show as well as take a look at some more preview images after the jump… 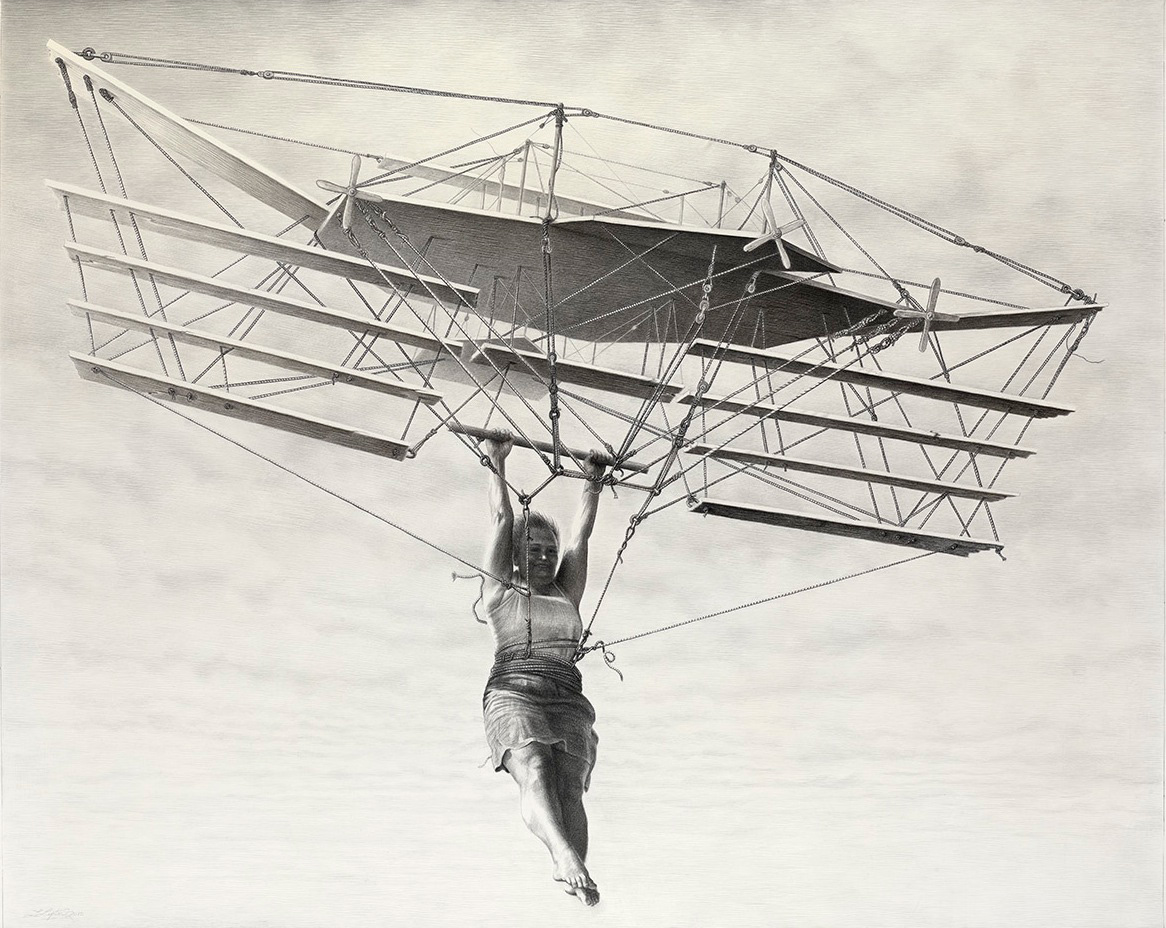 “This show was inspired by the Steampunk movement that is sweeping Britain. Instead of steam, however, my devices are mostly run by electricity and madness. I was vacuuming one day and noticed the amount of plugs and cables on the floor… a veritable wasp’s nest of wires and sockets connecting a hoard of gadgets and doo-dads intertwining around the house and my life. I was trapped like a fly in an electrical web. What had happened? Were these things making my life easier or more complex? I began with The Steam Punk Pocket Watch, an absurd idea of a time piece too huge & complex for anyone’s pocket, and went whirling on from there. These machines are designed to hinder, control and/or give the illusion of technology. I had a tremendous amount of fun creating the images and think that this show will touch anyone who has ever become entwined, up to the eyebrows, in the Technological Age.”