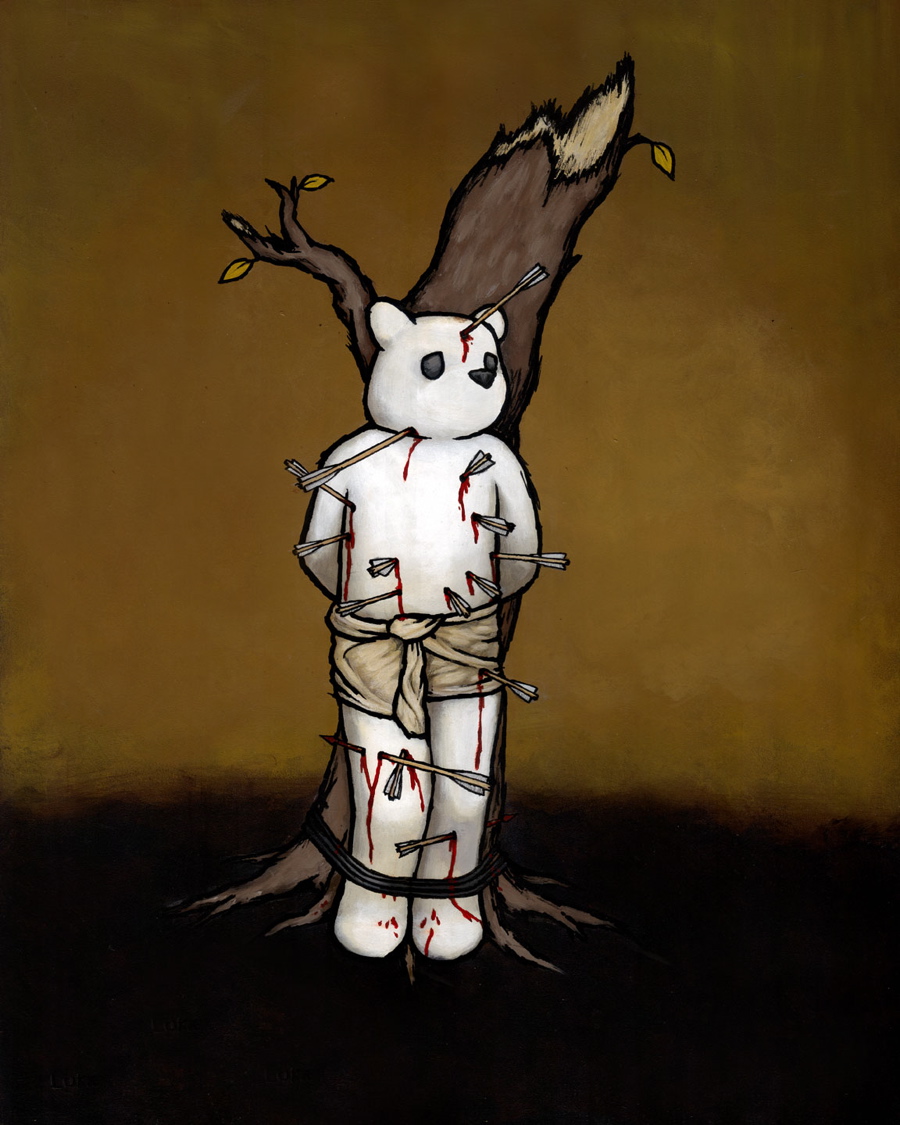 This Friday, November 12th, London will get another taste of the New Contemporary art movement as London Miles will be hosting “The Idol Hours” group show. With a theme that is not new but always interesting, artists involved were told to choose and reinterpret a piece of art from before WWII and recreate it in their own way. Participants include artists like Joe “2H” McSween, Chris Murray, Kevin Earl Taylor, Dave Pressler, Dave MacDowell, Angry Woebots, Yosuke Ueno, Stella Im Hultberg, Yumiko Kayukawa, Matthew Bone, Travis Lampe, Scott Campbell, Scott Belcastro, Bob Dob, Joe Ledbetter, Tom Bagshaw, Yoko d’Holbachie, and Luke Chueh. See what Luke had to say about his new piece and also peruse some preview pics after the jump…

“THE MARTYR (CHUEHING OVER MARTYRDOM REMIX) – My reasoning for choosing Andrea Mantegna’s “Saint Sebastian” as my subject for remix and reinterpretation is rooted mostly in the raw brutality in the painting itself. Like Goya’s “Saturn Devours His Son”, the violence and gore of Mantegna’s “St. Sebastian” truly caught my eye when I was introduced to it in my art history classes. And it was basically then, that I decided if I had the good fortune of becoming an artist, I wanted to create stunningly violent paintings such these. But asides for the violence, the image of Saint Sebastian’s arrow riddled body has been an incredibly popular image, and is undeniably part of western society’s visual lexicon. It has even popped up in music videos (such as R.E.M.’s “Losing My Religion”) and has been remixed and reinterpreted through the filter of popular culture with one of the most popular reinterpretations being a photograph of Muhammad Ali, riddled with arrows for a cover of Esquire Magazine.”