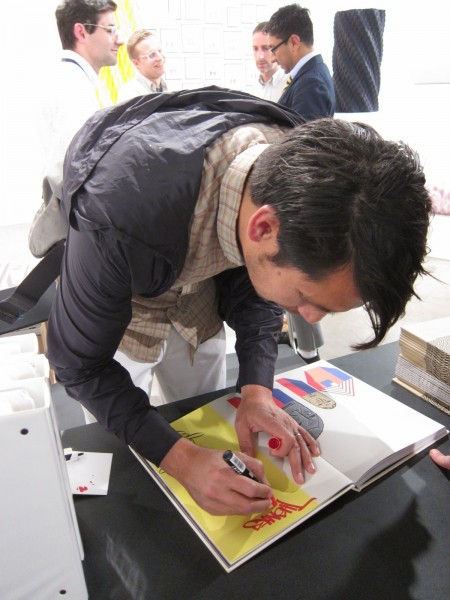 Much like with the KAWS signing (covered), we informed you earlier in the week that Barry McGee would host a signing for his new book at the Ratio 3 booth during Art Basel Miami Beach. His impressive clusters constructed at the Bay Area booth (covered), much like those at the Roberts & Tilton’s space (covered), served as the perfect backdrop for Barry to spend some time with fans and beautify some copies of his brilliantly assembled book produced by Alleged Press and Damiani Editore. The book is slated for a January release, but is currently available a bit ahead of schedule at the publisher’s webstore for those impatient folks out there.

Check out some more images after the jump.