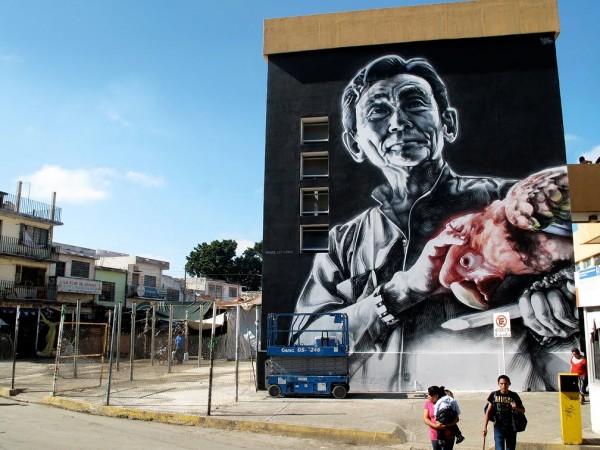 A while back, we posted up some photos of a mural El Mac painted for the Seres Queridos project in Mexico. The street artist, known for his signature striation and large-scale murals recently shared new photos of another piece from the same series based on Manuel Lee Chang, known locally as “el Chino”(despite the fact that he’s of Korean descent) with his Guacamaya (Macaw).

Take a look at more photos after the jump…