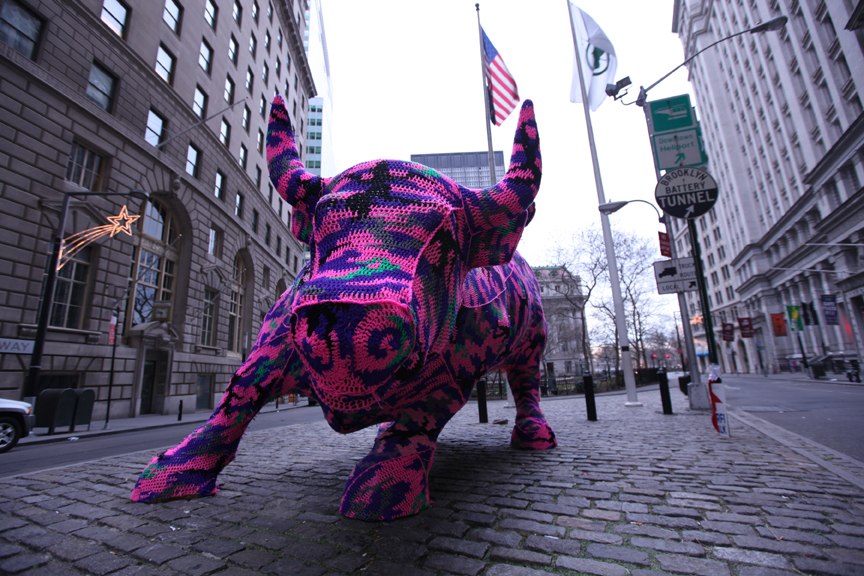 Agata Oleksiak or simply known has Olek has come into prominence recently for her crocheted interventions on the streets.  Although more commonly known for her bikes, the “Crochet Guerrilla” recently created a “sweater” for the famed Charging Bull or “Wallstreet Bull” in New York. Interestingly enough, the sculptor, Arturo Di Modica, originally installed the bull (costing the artist $360,000 of his own money) without permission in front of the New York Stock Exchange in December 1989 so this new work is somewhat of a homage to that daring placement some 20 years ago. Sadly, the statue has lost its warm outerwear as the piece has since been removed.