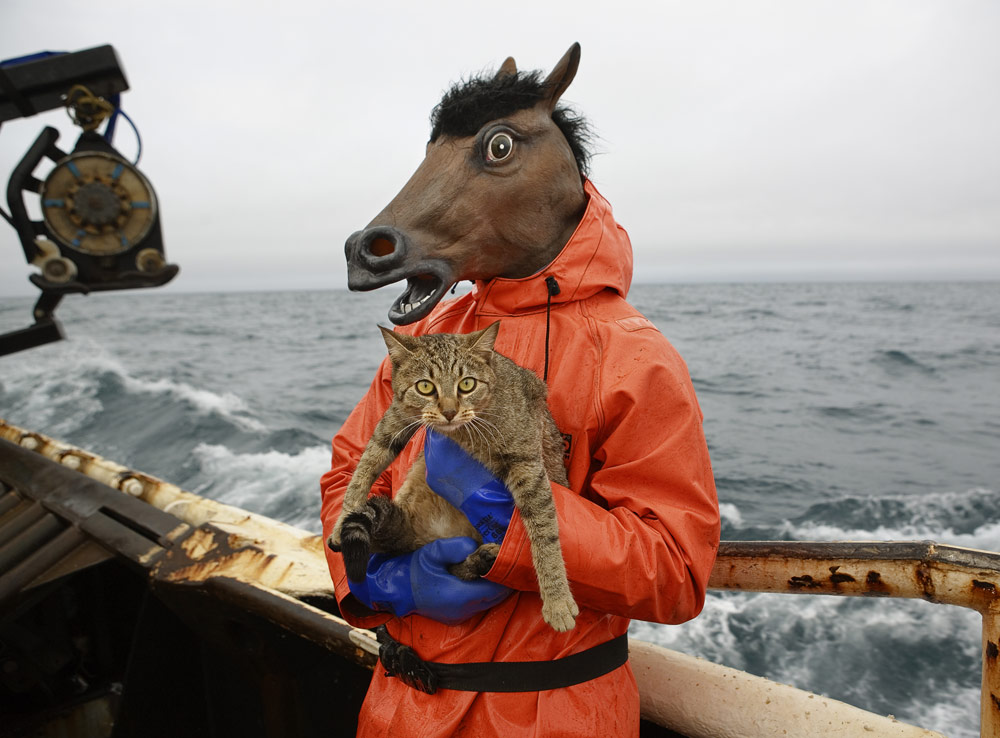 Opening tonight at Fecal Face Dot Gallery in San Francisco is Fish-Work, a showing of images from photographer and fisherman Corey Arnold. The Portland based artist, who splits his time between capturing photographs and fish, will be offering a body of new work harvested from his recent three month fishing excursion in Europe, coupled with some older images from his seven year stint aboard the crab boat “Rollo” on the Bearing Sea. As an actual fisherman, who was featured on the first two seasons of The Discovery Channel’s Deadliest Catch, Arnold’s unique path in life and proficiency with a camera affords the viewer an intimate, action-packed, and at times bizarre look at the high sea antics of those immersed in one of the most harrowing professions imaginable. Named one of the top 30 emerging photographers in 2009 by PDN and featured in a steady stream of staple publications over the years, he has proven his artistic niche compelling and his technique competent. The exhibition will also serve as a release party of sorts for his new book by the same title, currently available for sale here.

Check out a preview of some of the works from the show, as well as a look at some spreads from the book.