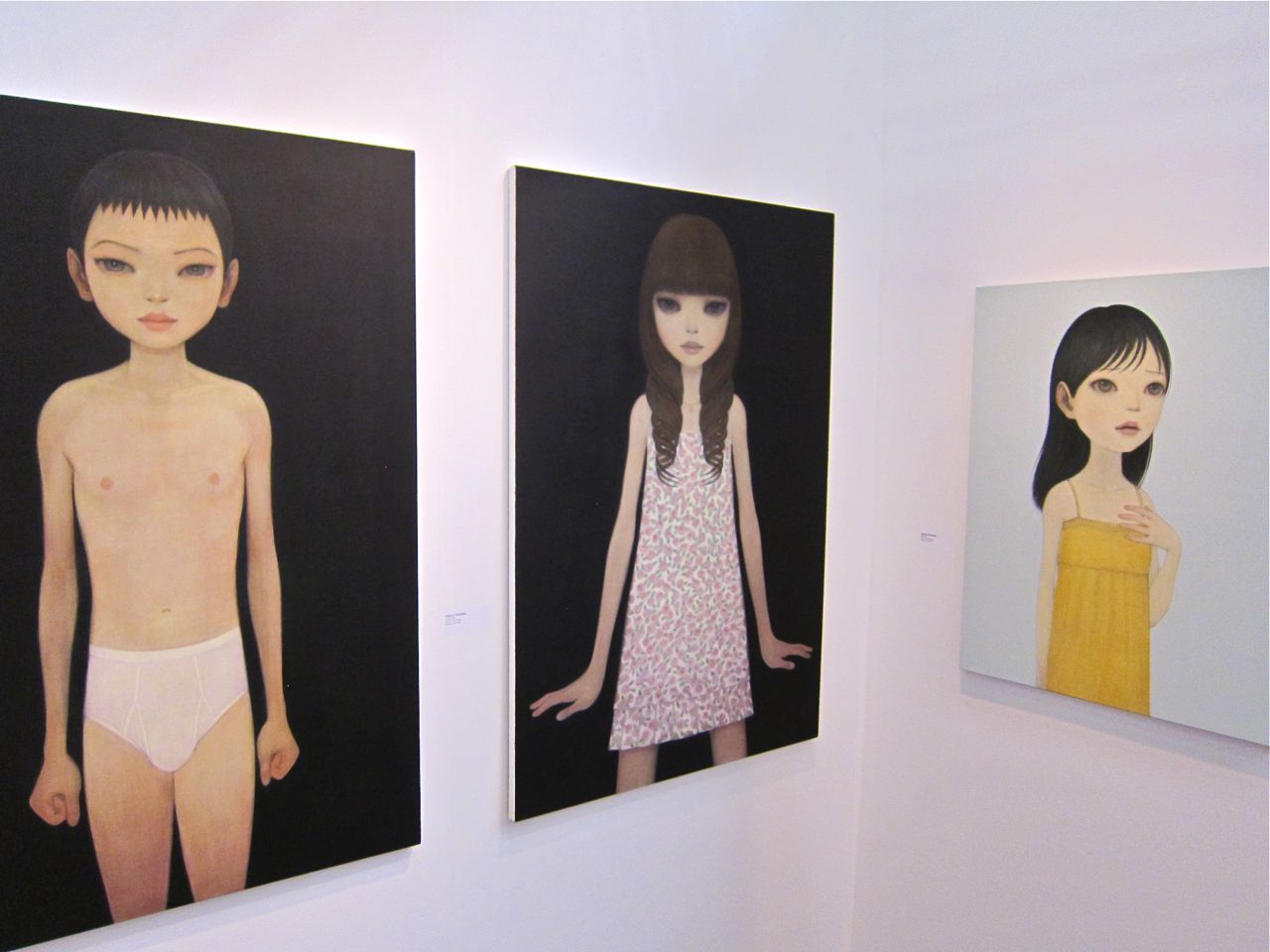 We were excited to see three new works by Japanese painter Hideaki Kawashima at this year’s Armory Show, especially because they were at the booth of Los Angeles’ Richard Heller Gallery. Heller previously showed Kawashima along with several other Tomio Koyama Gallery artists as part of a Japanese group show in late 2008; however, we had not heard of Kawashima showing with Heller or any other U.S. gallery since then.

The three new paintings at Heller’s Armory booth, although instantly recognizable as being by Kawashima, were very different from most of the artist’s previous work. Instead of his characteristic compositions of large-eyed disembodied heads with floating hair, the new works were more realistic, full-figure portraits. Luckily, we’ll have the opportunity to see whether these paintings are representative of Kawashima’s new style, because he will have a full show at the Richard Heller Gallery opening May 8.

Since detailed images of all three paintings, after the jump. 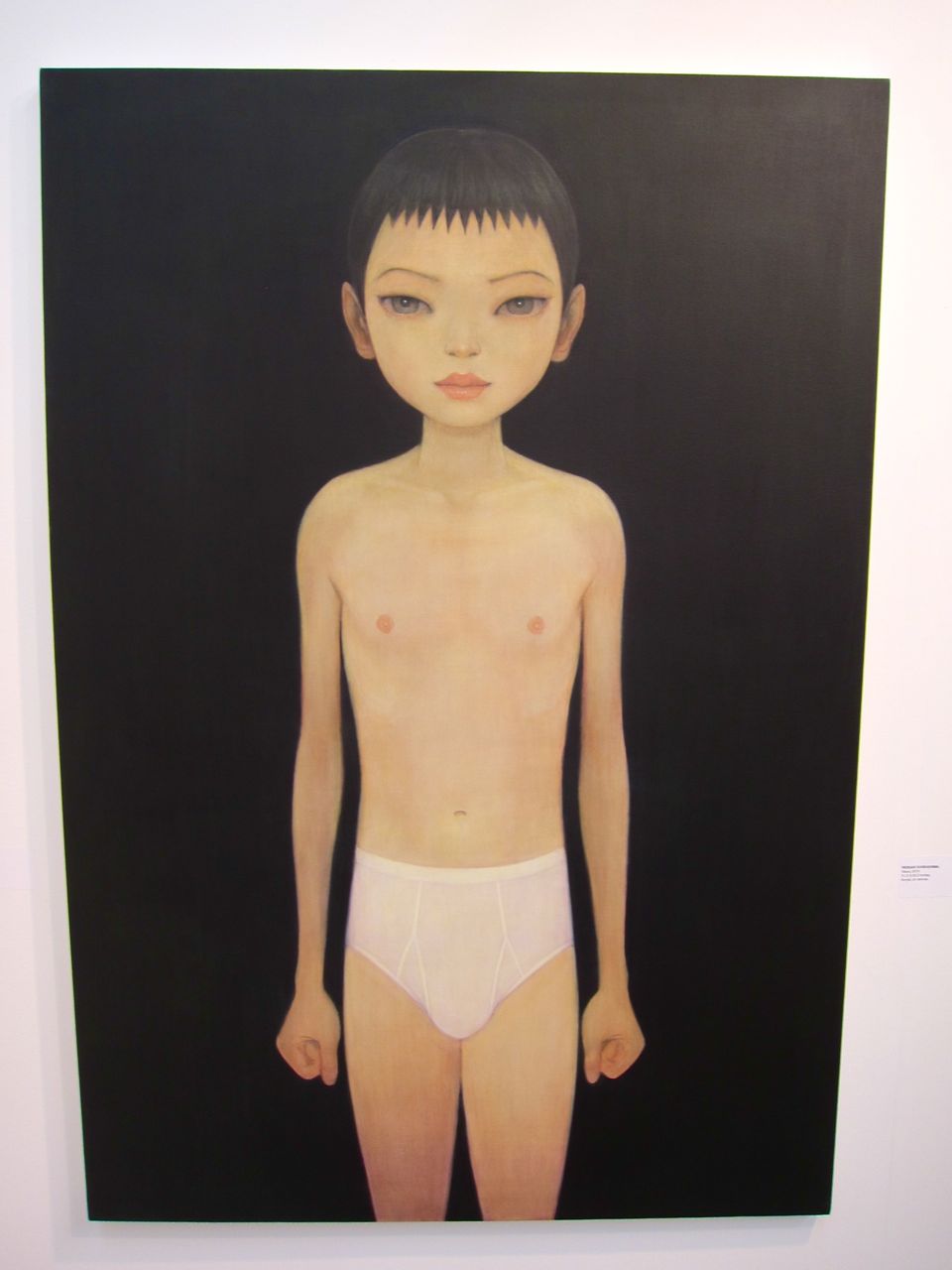 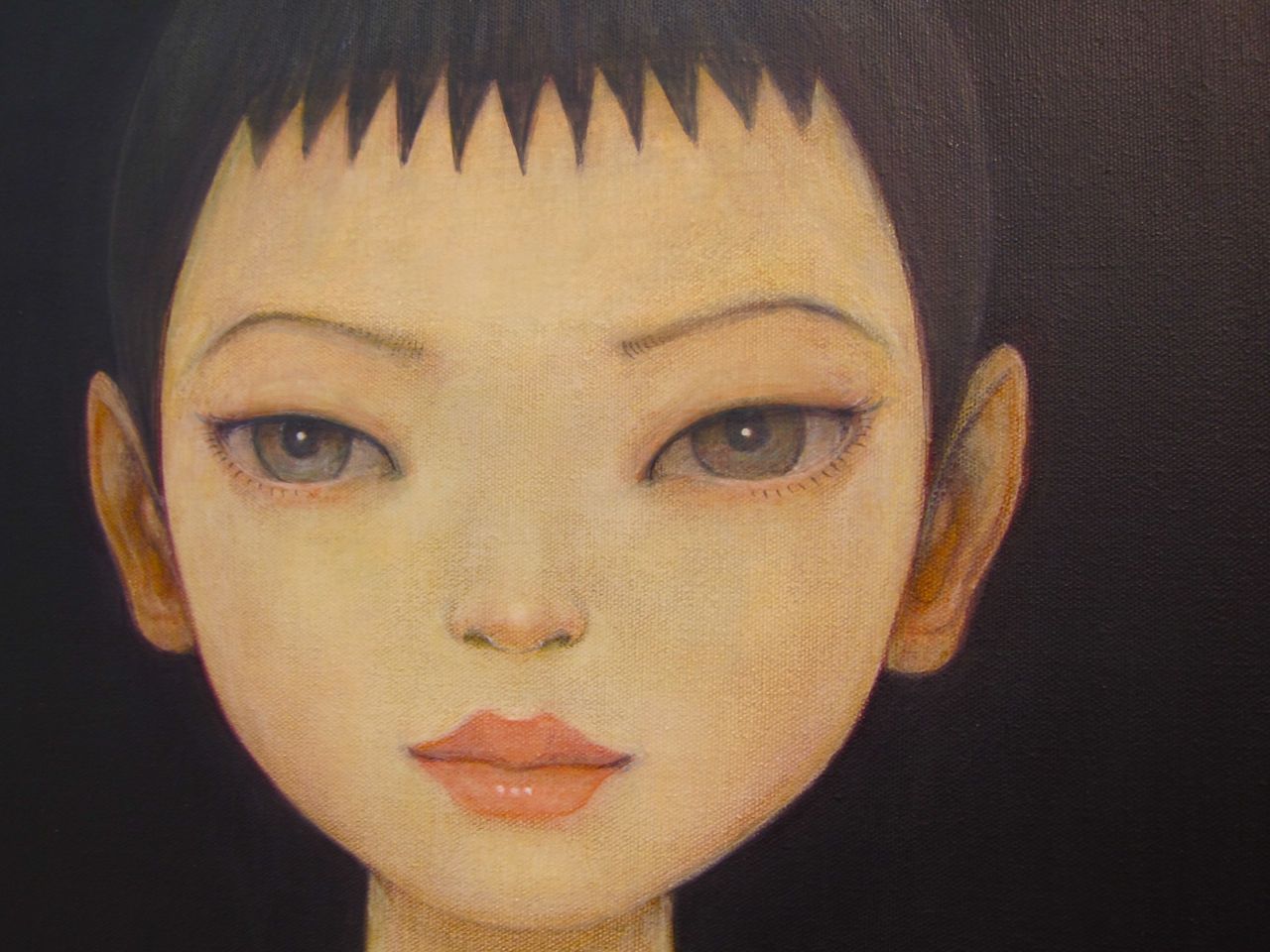 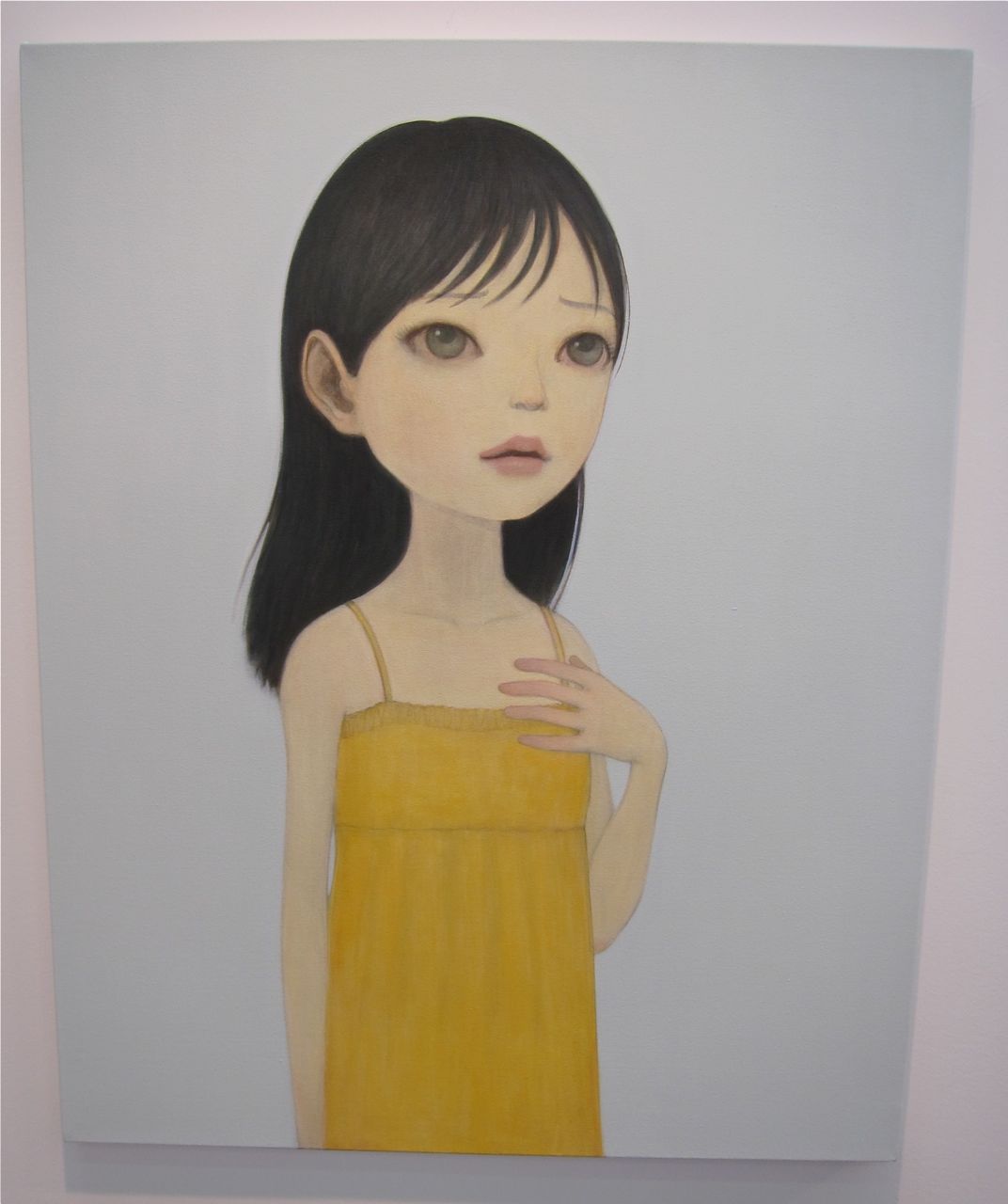 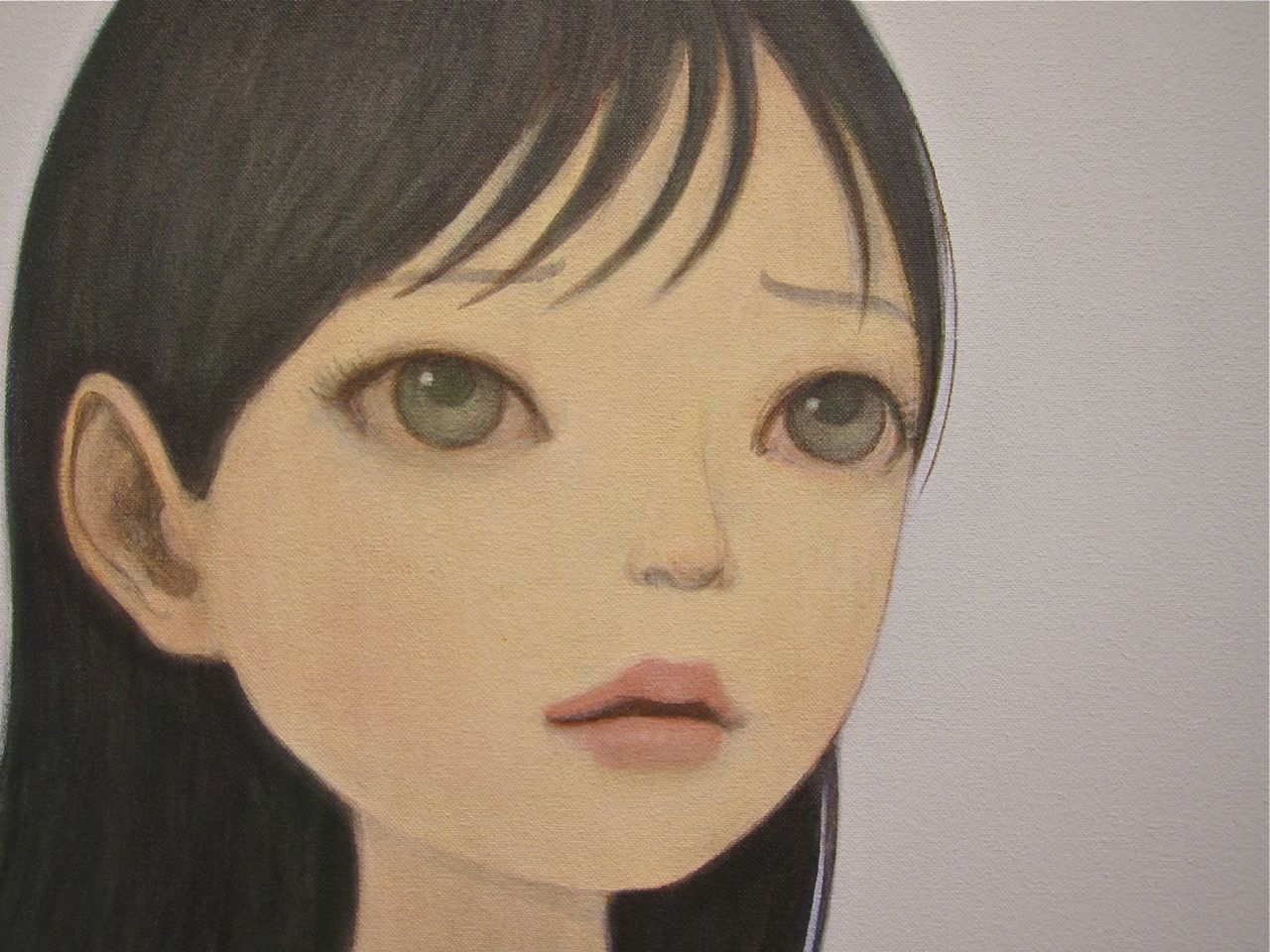 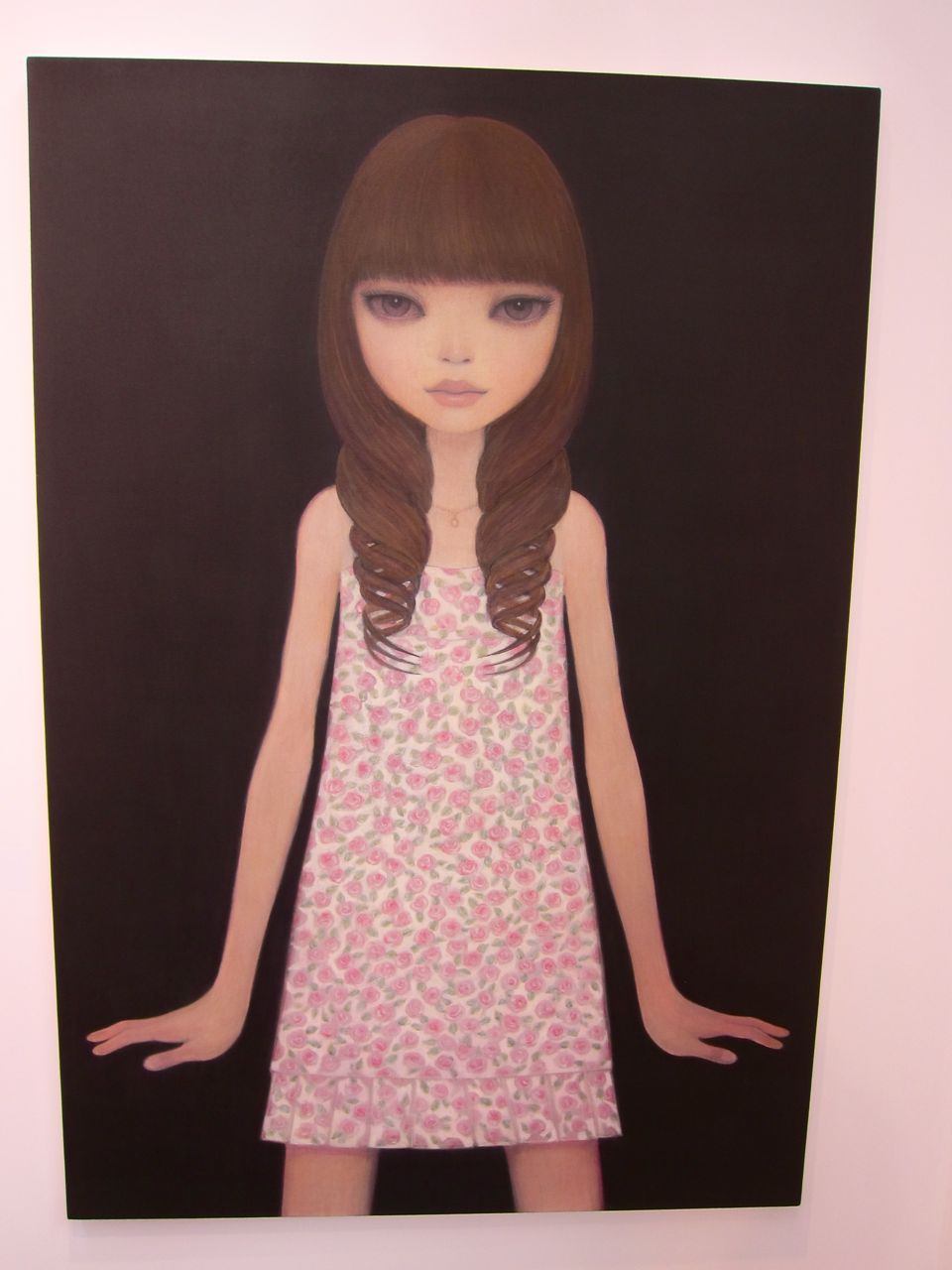 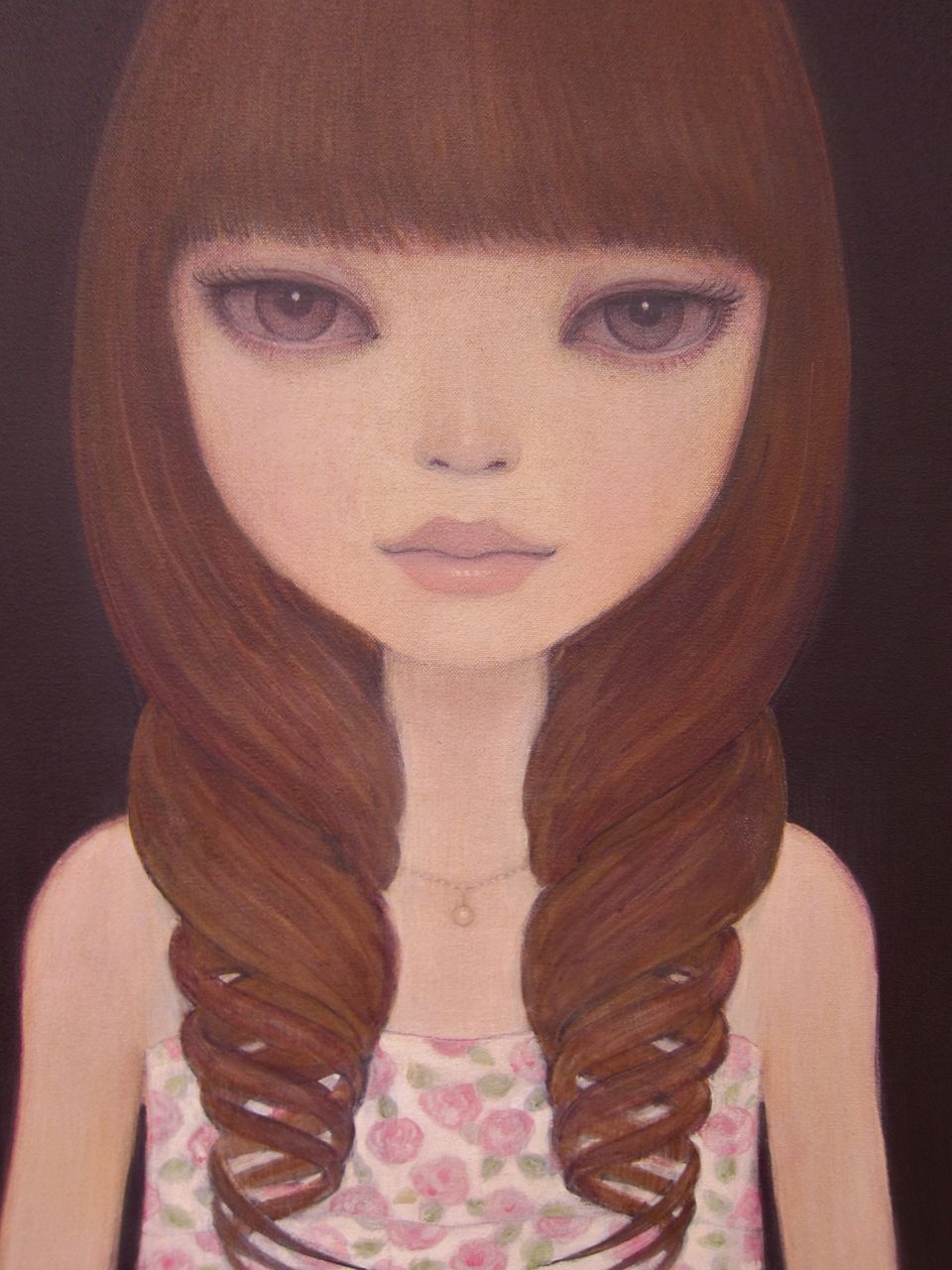