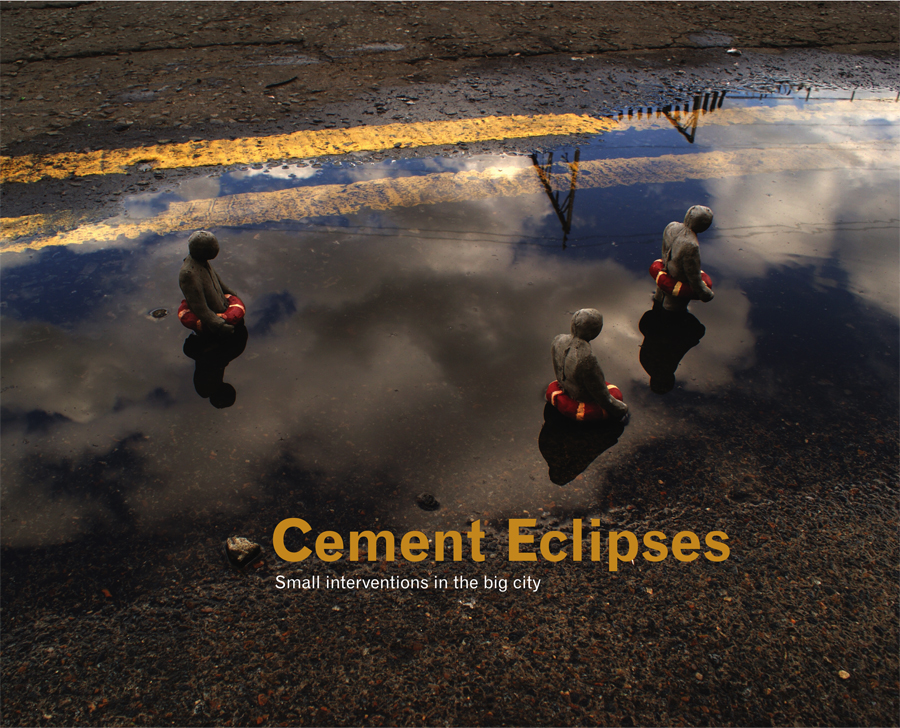 Isaac Cordal has a pretty unique take on street art and after seeing his work online for a while, AM recently came across some of his concrete sculptures whilst wandering around the streets of London late at night with a group of friends in Brick Lane. One of our party, who shall not be named, found out the hard way that the little concrete guys are meant to stay in their surroundings rather than being taken for home consumption, as Isaac uses a high strength epoxy glue to fix these welcome urban interventions in place.

Isaac is a Spanish artist, recently relocated to Brussels after a stint in London, where he continues to install his site specific cement sculptures around the city, as well as wherever else his travels take him. On the surface, his work may draw immediate comparison to Slinkachu, but where Slink’s primary driver for his work is the editioned photography of the installation of his little people, Isaac’s work is driven by the sculpture and installation itself. Cordal is a first and foremost a traditional sculptor, modelling his primary figures in clay. He then casts multiples in cement using silicone moulds. The multiples are then installed in their urban locations, and it’s this vernacular approach to his street level intervention that harmonises his work so well to it’s environment. The cement figures blend into the landscape by their use of similar materials to which they are placed within. This document on Issuu is worth a read for some further background on Cordal’s work.

Read on for more info and pictures from the book after the jump. 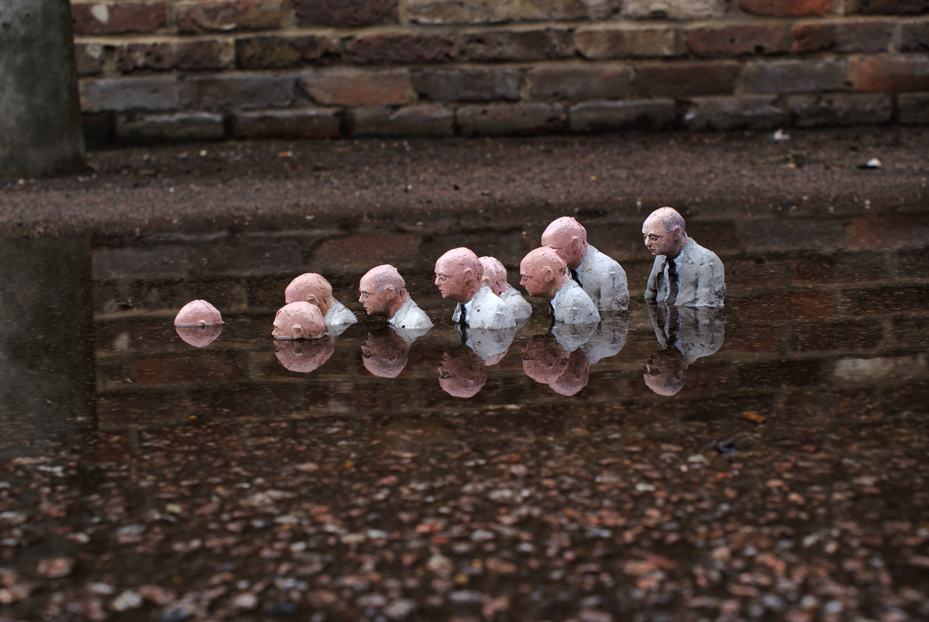 Carpet Bombing Culture, the publishers of the Untitled series of street art books – now in it’s third volume, are due to release a monograph entitled Cement Eclipses next month, and AM got our hands on an advance copy. It’s a beautifully constructed 256 page hardback book comprised largely of eloquent photographs of the work in-situ.

Alongside the regular edition, there will be two special editions that come with original multiples of Isaac’s survivors sculptures.  All editions are available for pre-order now, and are well deserving of any fan of interventionist street art’s bookshelf. 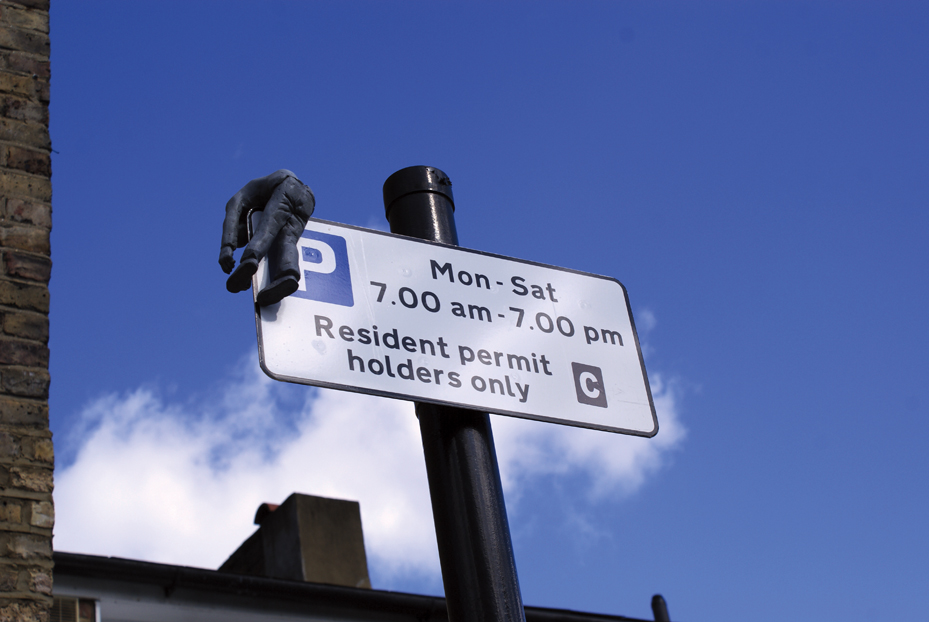 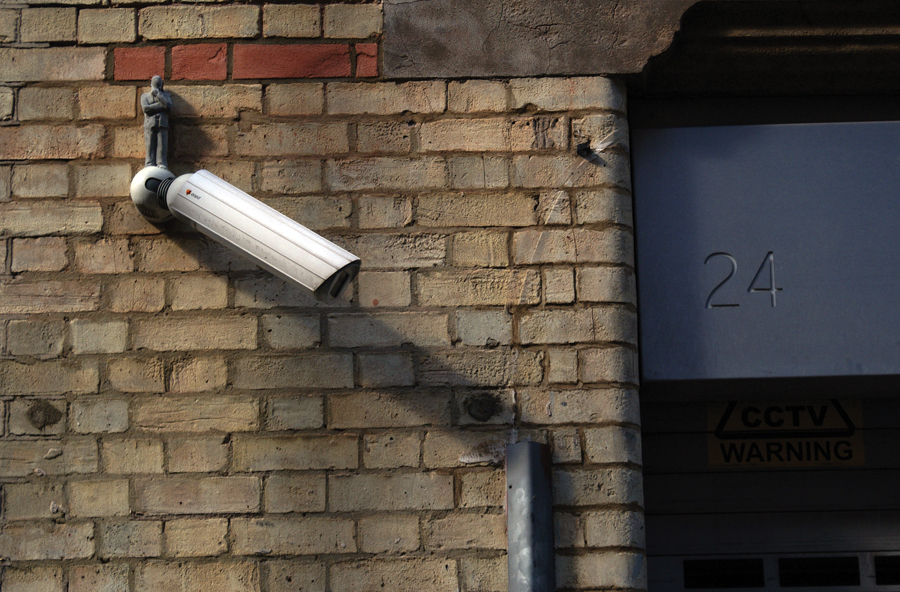 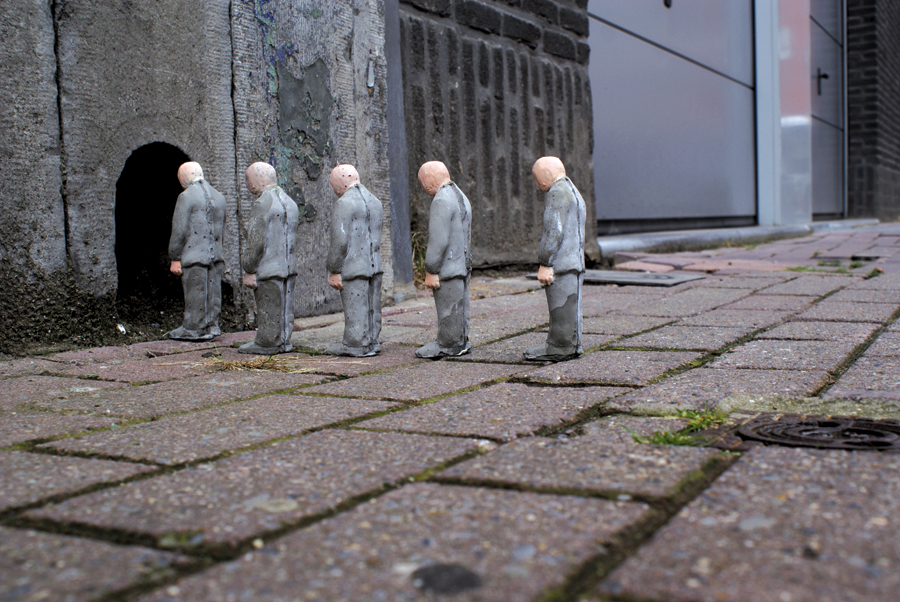 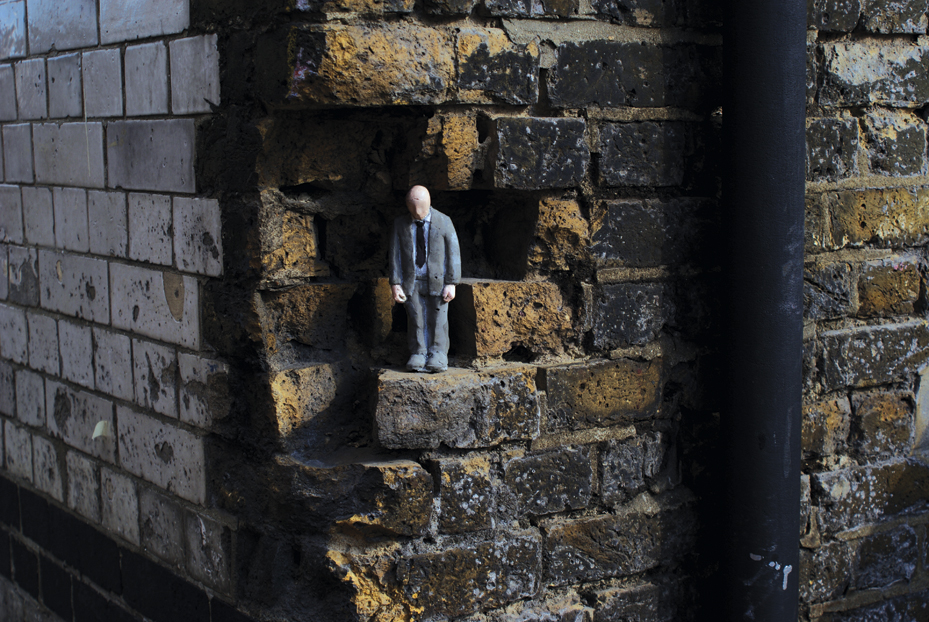 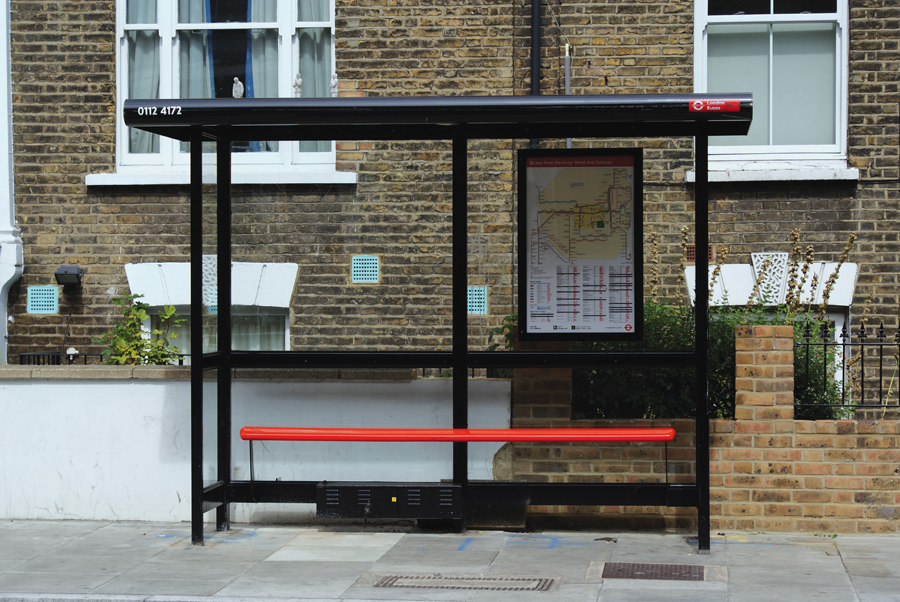 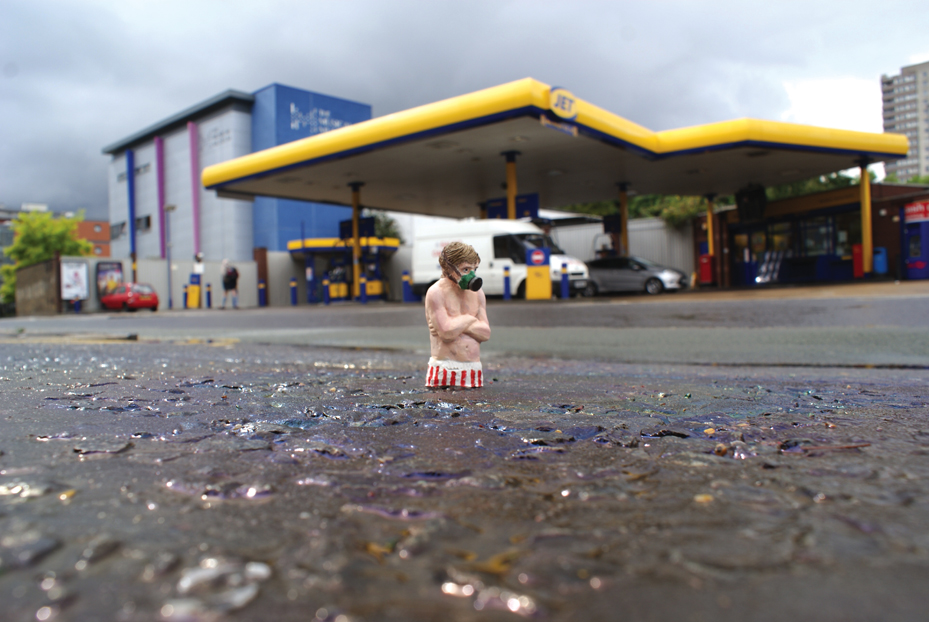 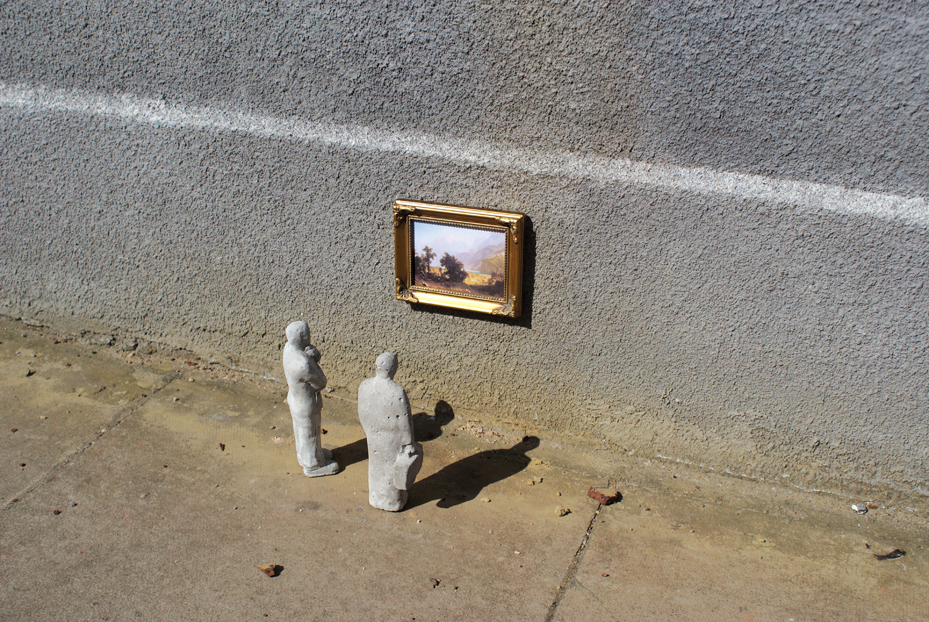 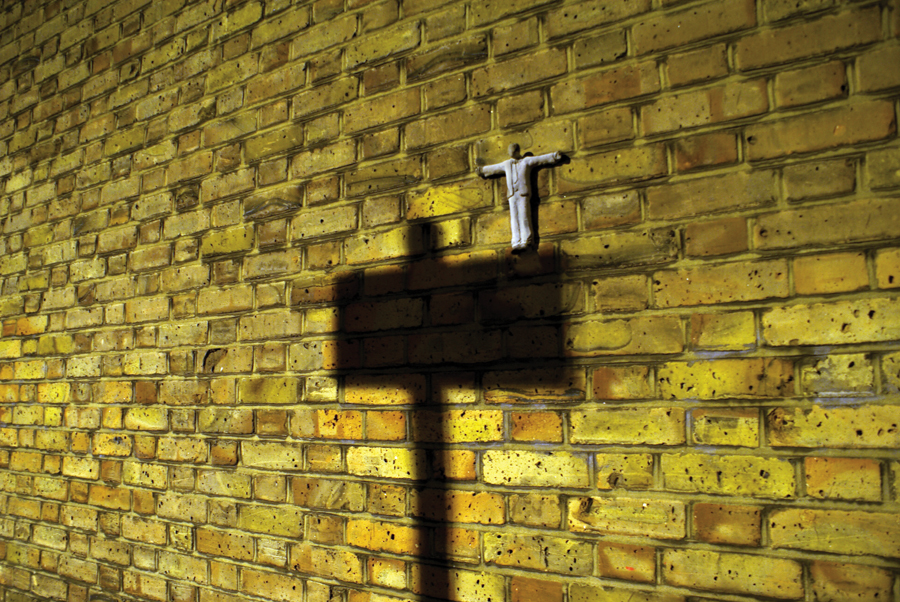