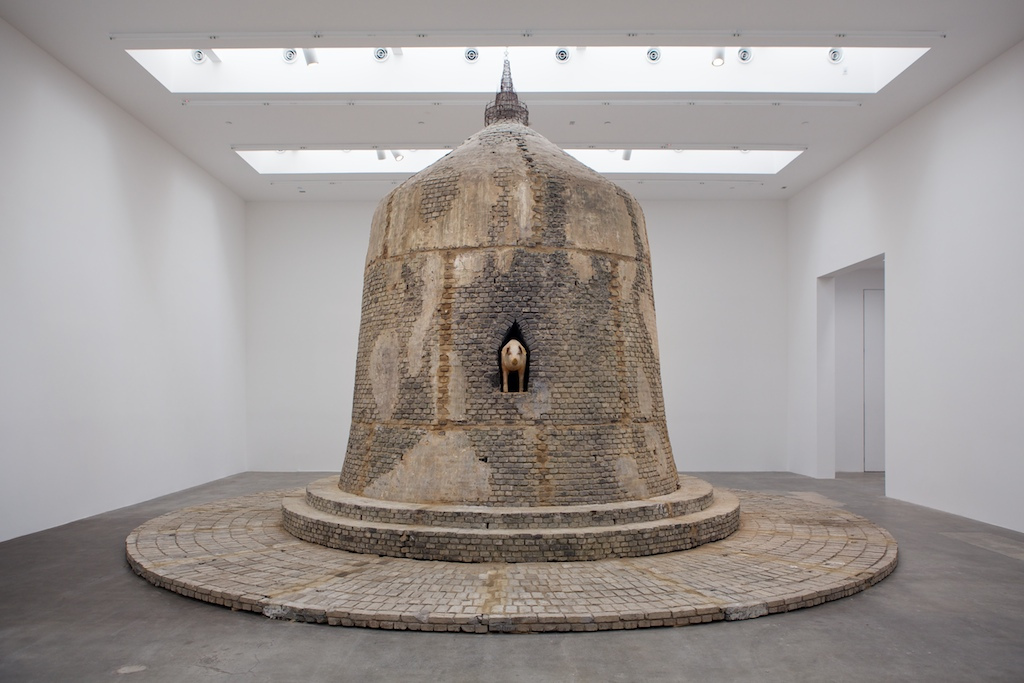 Last night, Culver City gallery-goers were treated to a fascinating collection of brick sculptures from Shanghai and NY based Zhang Huan. The versatile Chinese artist started off as a noted performance artist but has since branched out to many other art forms including the discipline of choice for this 49 Days exhibition at Blum & Poe, also his first solo ever in Los Angeles.

The body of work centers around the story of Zhu Gangqiang (Cast-Iron Pig), the nickname given to a pig that survived for 49 days trapped in the ruins of the devastating Sichuan earthquake of 2008 before it was rescued. The resiliency of the porcine in question touched the heart of Huan (perhaps due to the fact that much of the artist’s performance art is centered around the ideas of endurance) – so much so that the lucky porker was adopted into his studio. Also of significance to the artist, who frequently incorporates Buddhist thought into his work, 49 days is believed to be the amount of time one’s soul remains on earth between death and reincarnation.

Filling the spacious gallery are multiple large-scale pieces built from century-old bricks salvaged from demolished buildings in China, all taking the form of pigs and skulls including the centerpiece seen above entitled Pagoda, a 20 foot bell shaped structure where a taxidermied pig intermittently emerges in clouds of incense ash.

The exhibition runs until July 9th, so you still have time to make plans to check it out. For those not in the LA area, check out more opening photos taken for us by Brandon Shigeta after the jump… 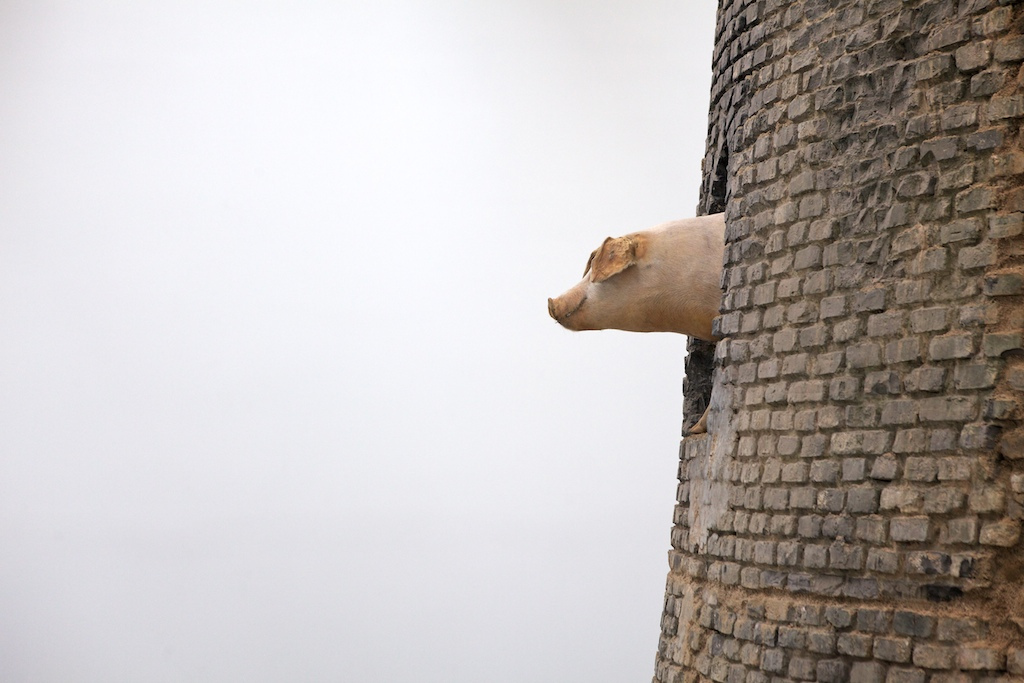 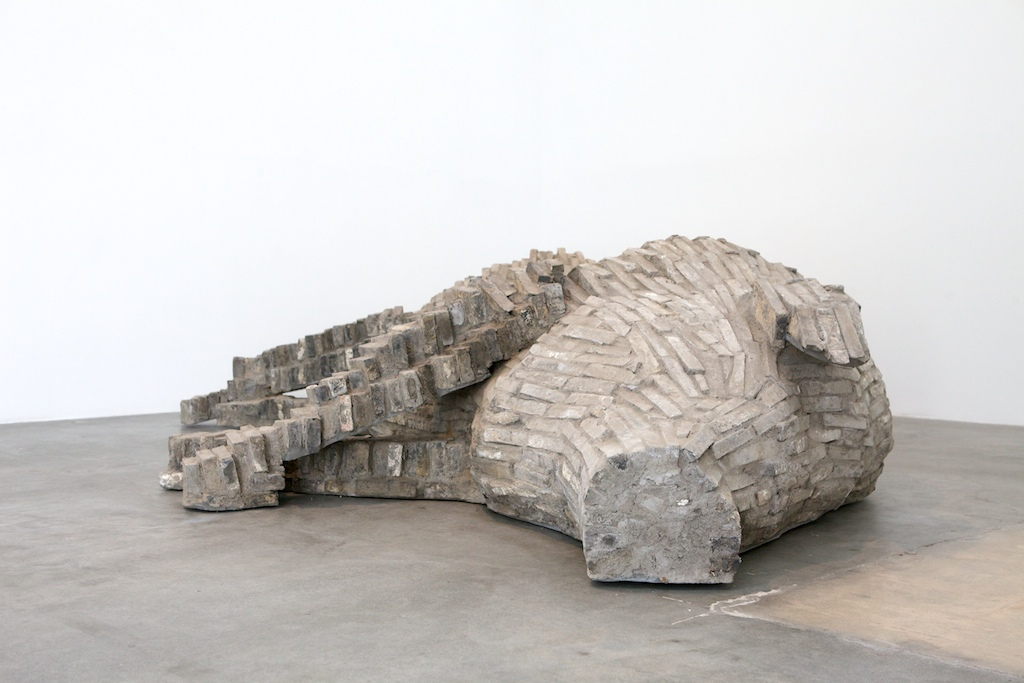 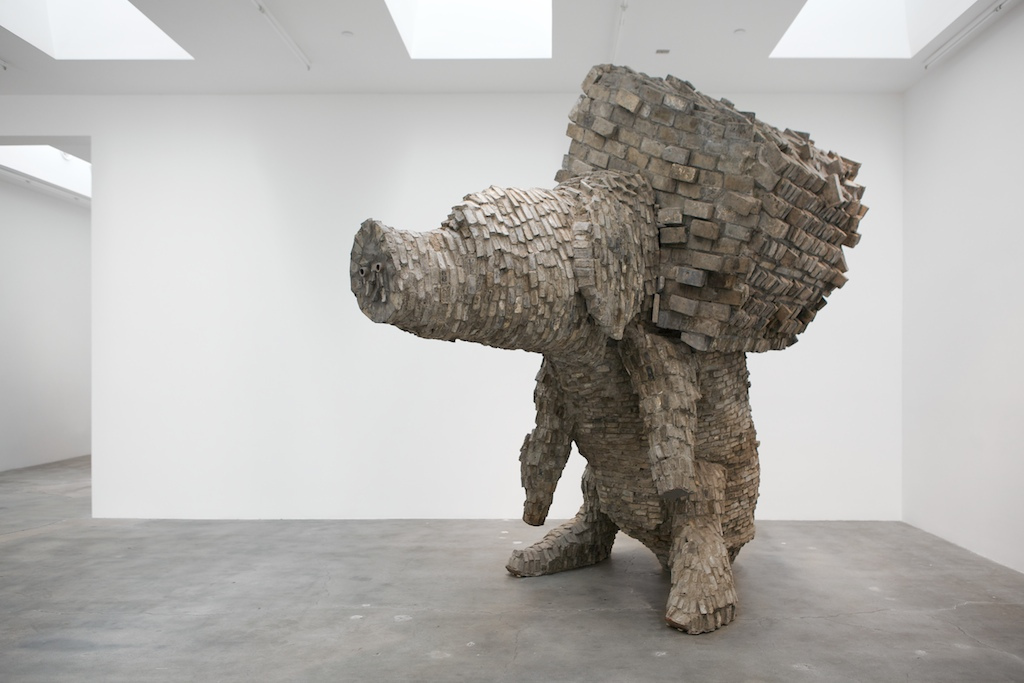 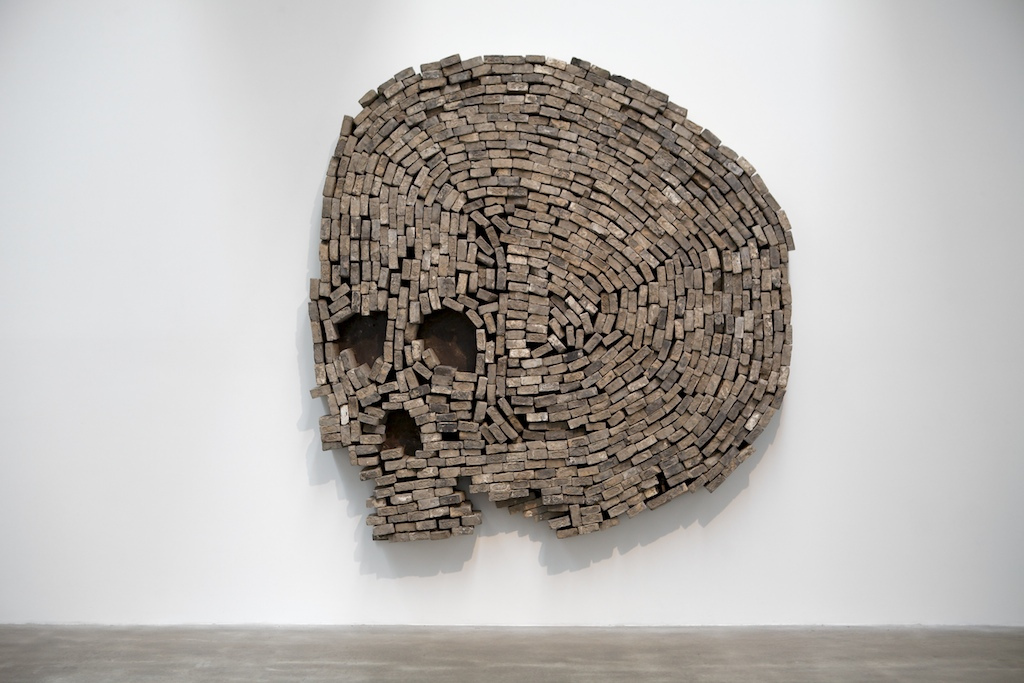 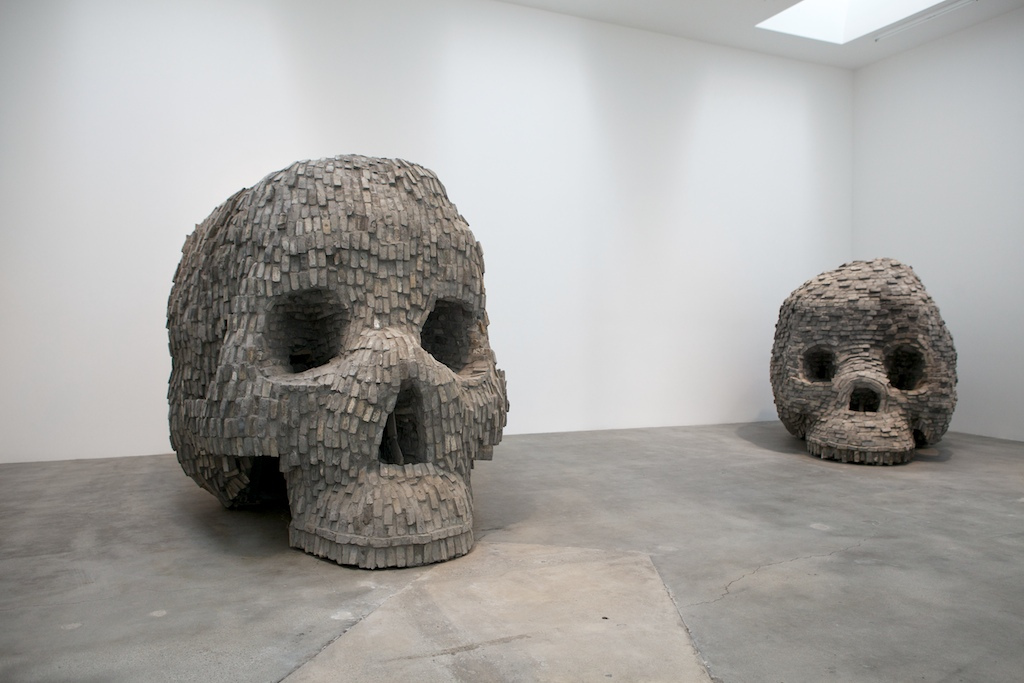 Photos taken for us by Brandon Shigeta.
Discuss this show here.