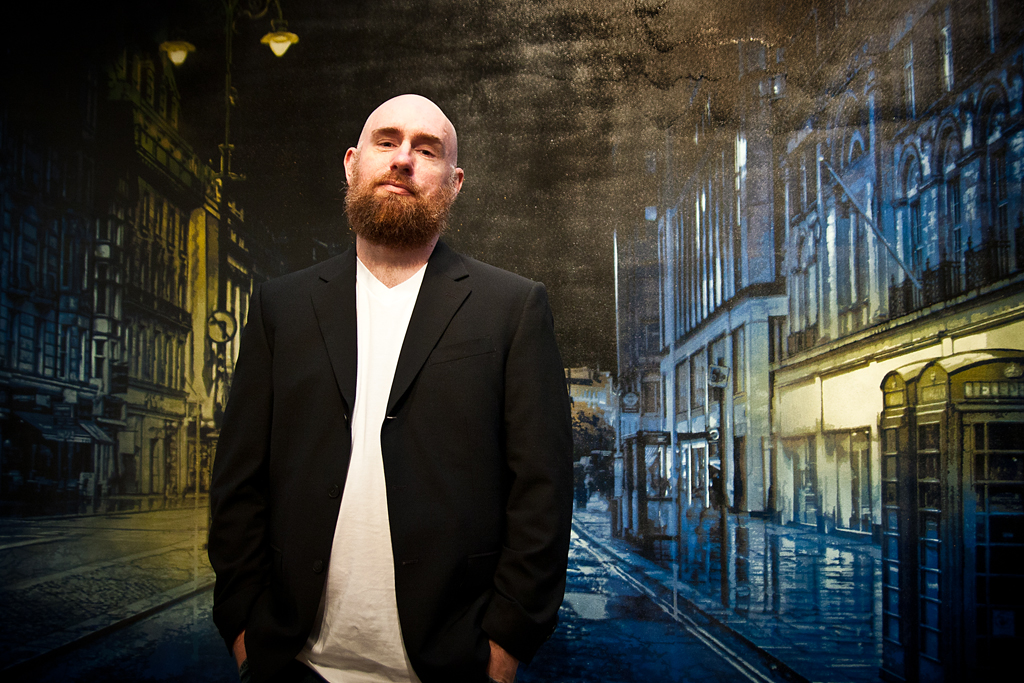 Logan Hicks (interviewed) debuted his latest show Pretty Ugly (previewed) last week at the Opera Gallery in New York. The new body of work was created over the past six months and featured some of his largest indoor pieces to date. While there, we noticed that Logan was working with various compositions and subjects that normally isn’t seen in his work. To compliment his detailed environmental stencil pieces, he also created portrait works and played with colors or lack thereof. What we enjoyed especially was a new process of anodizing aluminum with various dyes. After talking with Logan, lets just say it’s sort of a new scientific way of stenciling by burning the surface of the aluminum with a pigment solution to create an image. 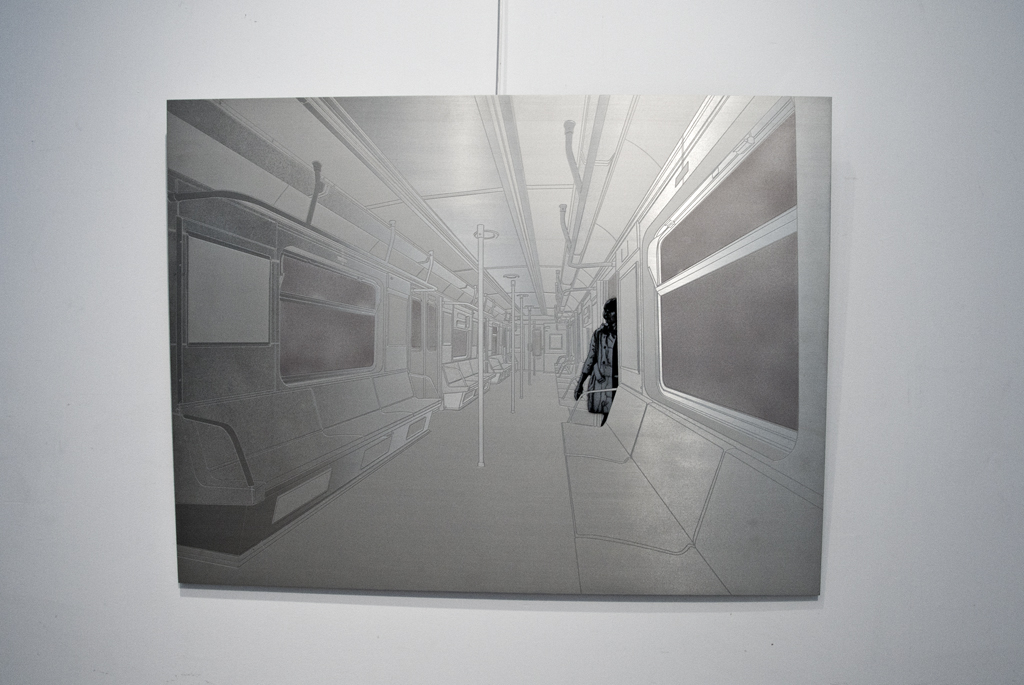 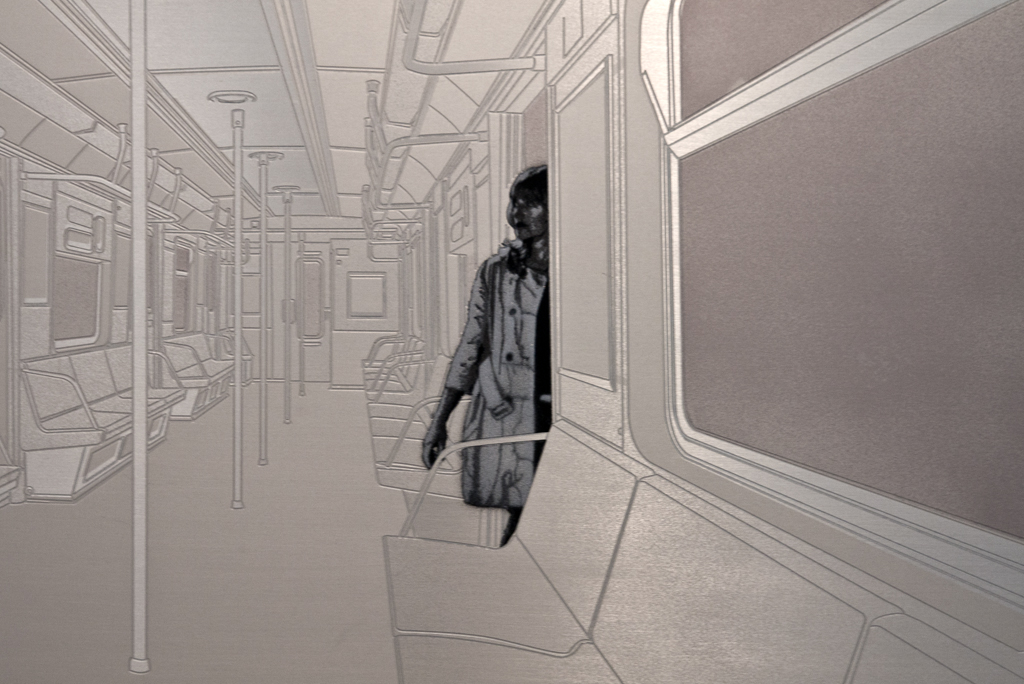 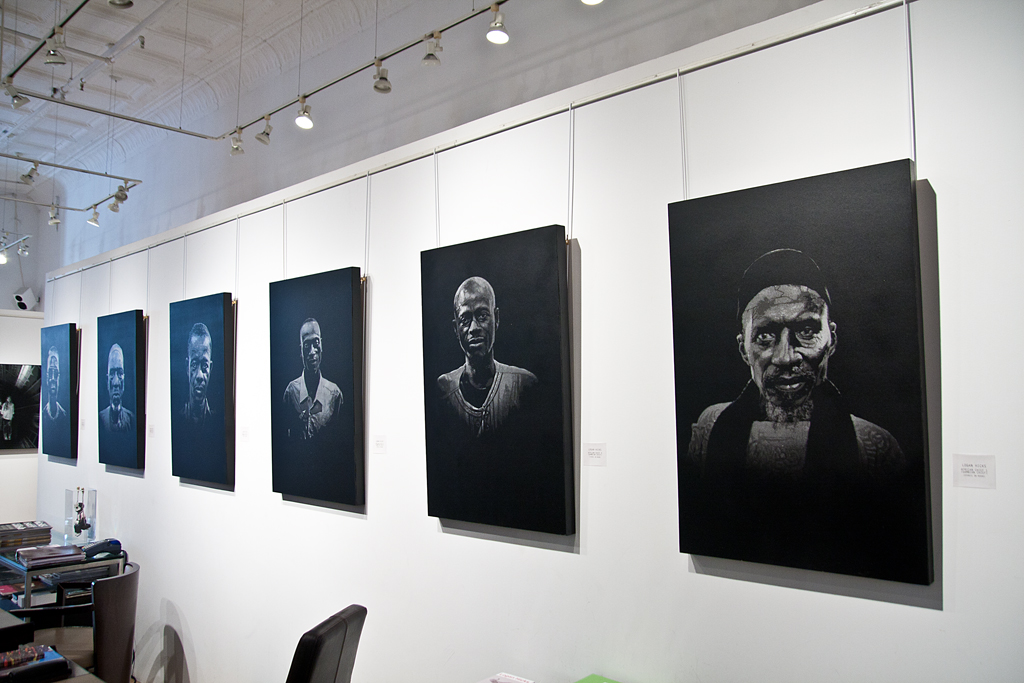 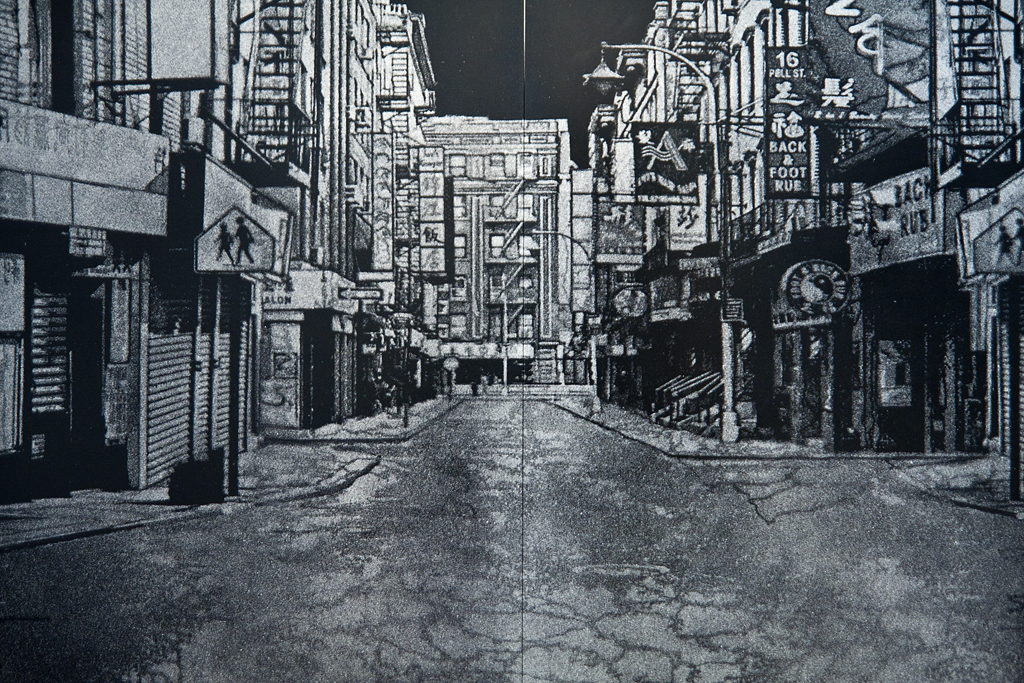 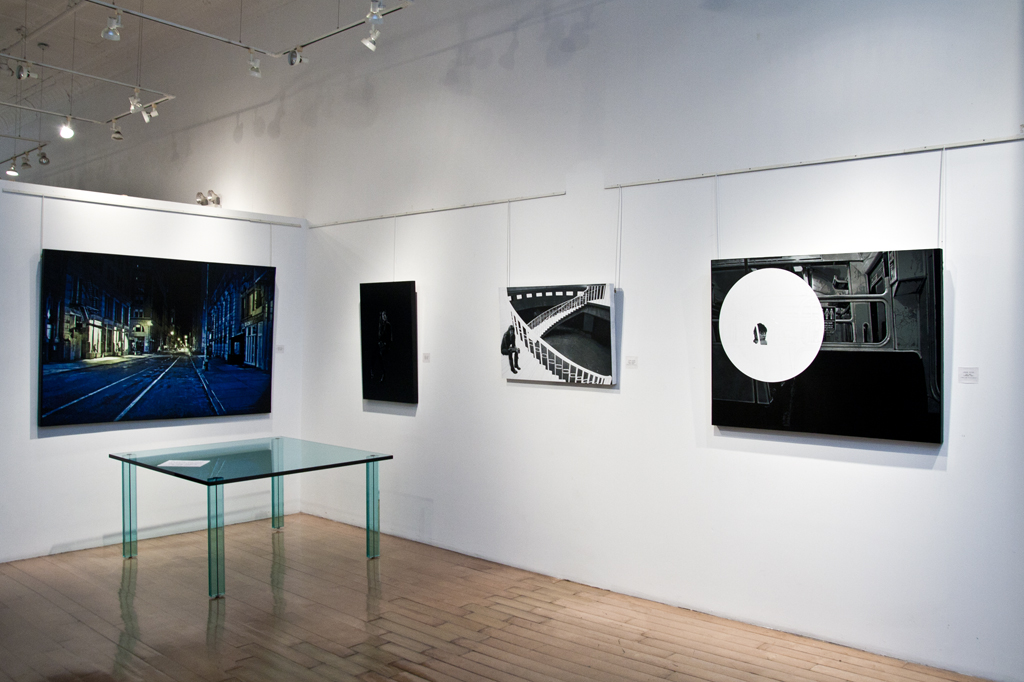 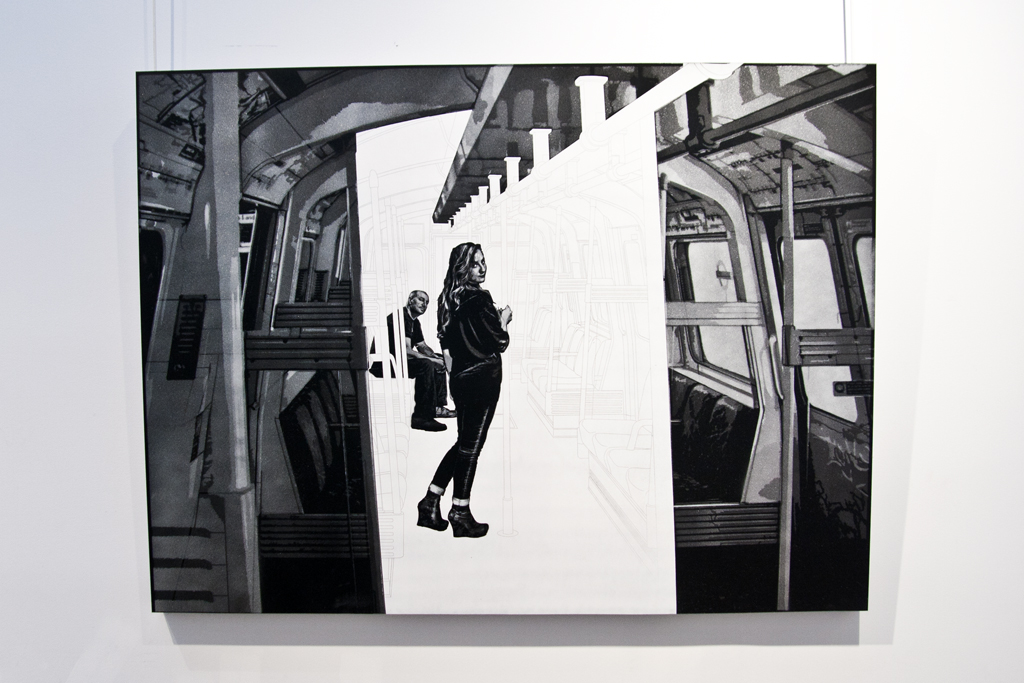 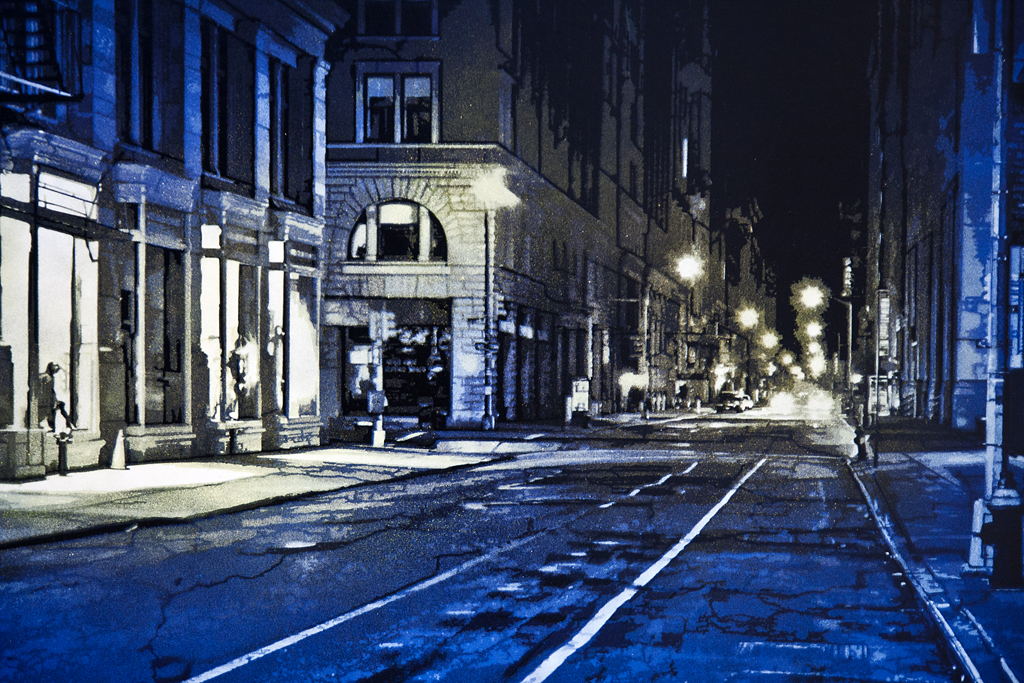 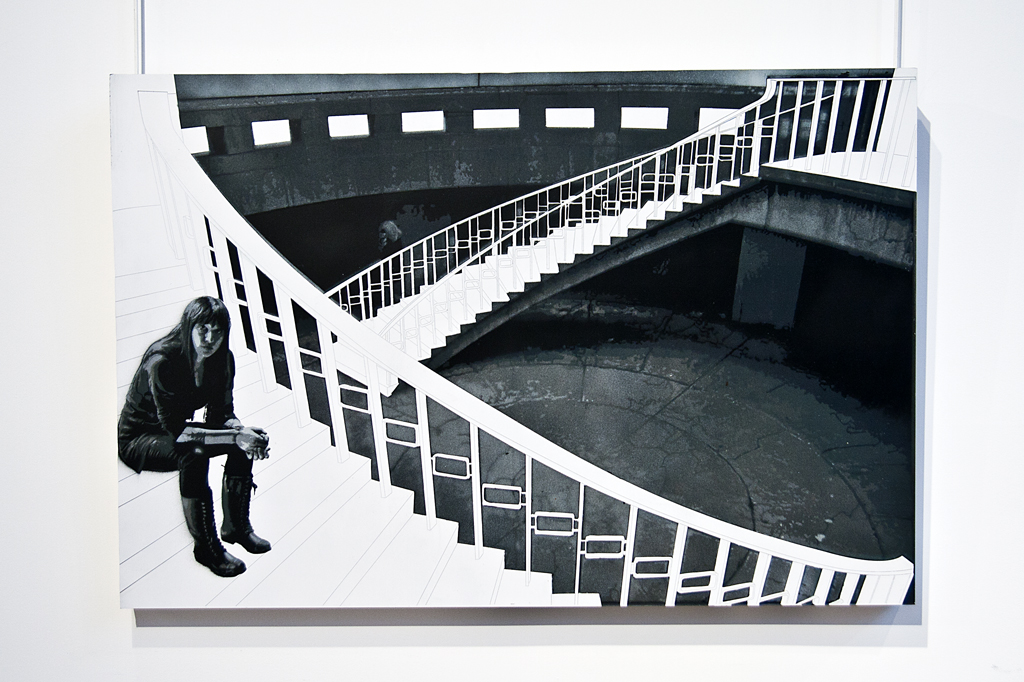 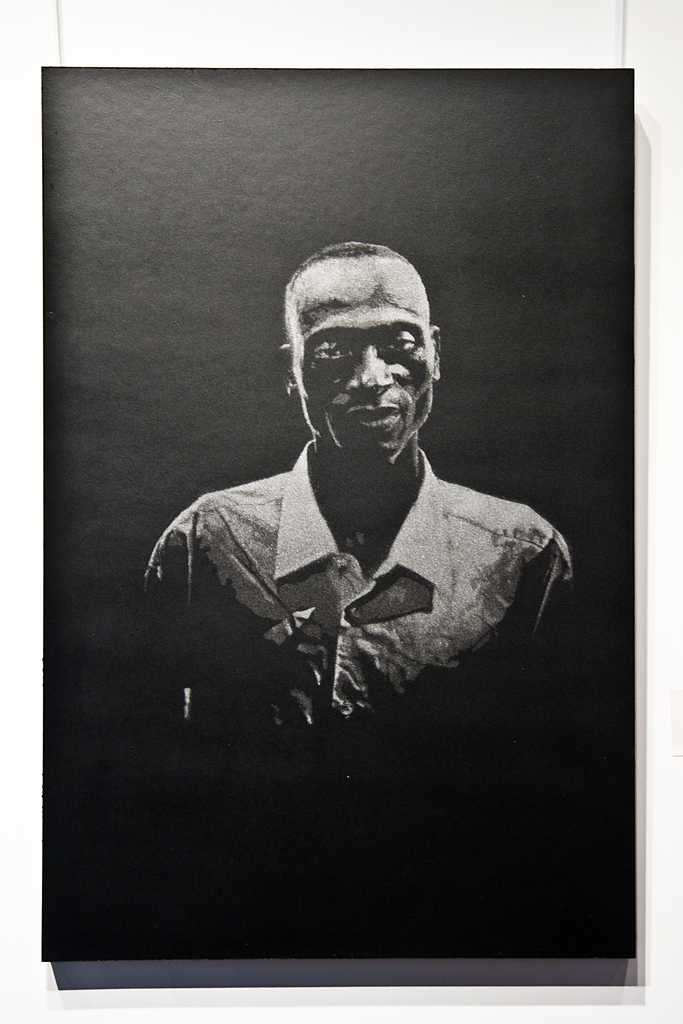