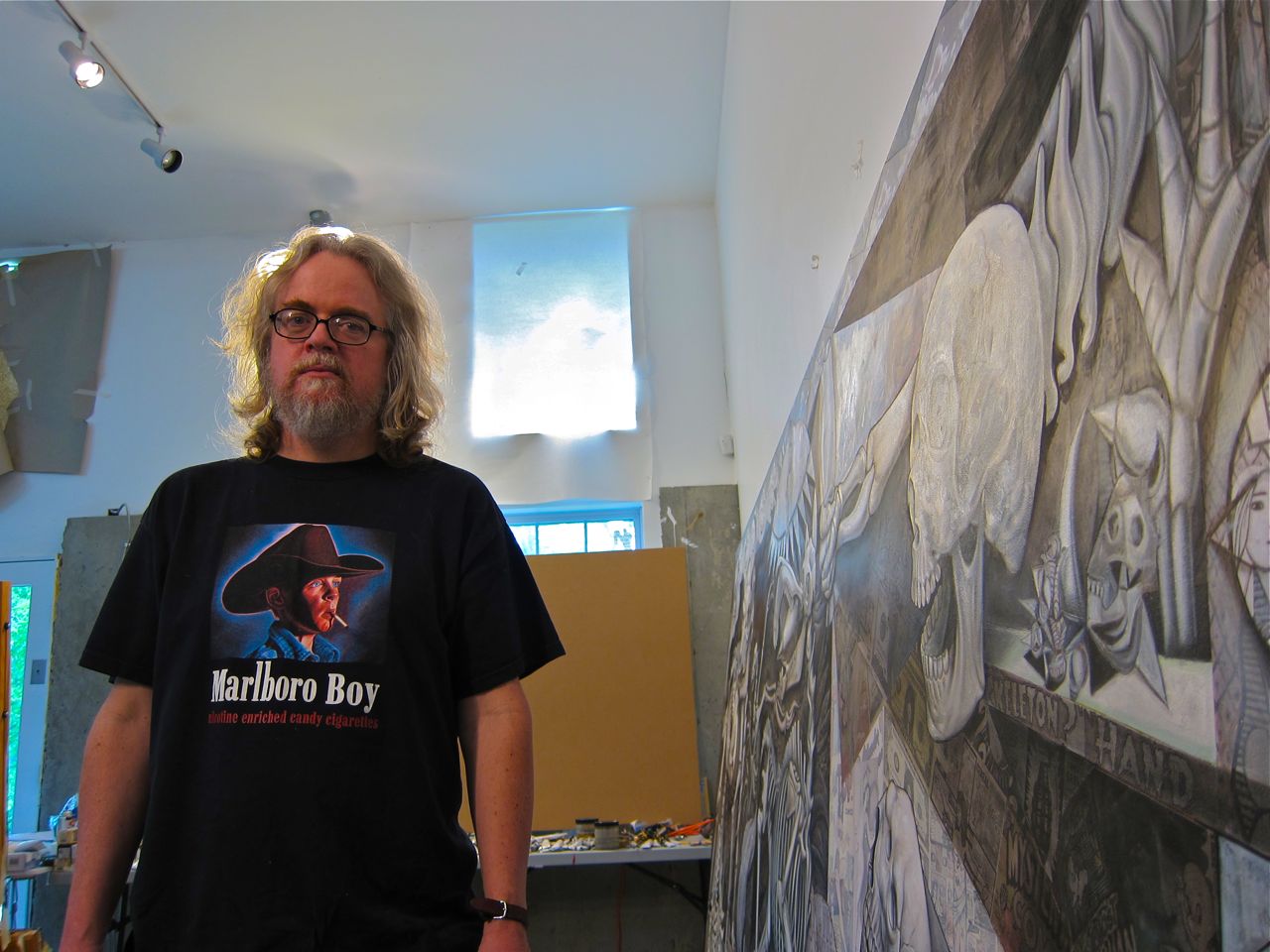 Last time Ron English was prepping for a show in the UK, he invited us over for a visit in his New Jersey based studio. Fast forward a few years, he’s moved into a large house in suburb of Beacon, New York. Utilizing the entire lower level as his work space, Ron is getting ready to unleash a new series of works at Lazarides (Rathbone Place) on June 23rd. Entitled Skin Deep: Post-Instinctual Afterthoughts On Psychological Portraiture, this exhibition will display many of Ron’s signature popaganda characters in some pretty weird and cerebral contexts. Of course, we’ll see Mr. English’s playful homages to some of history’s greatest painters.

Check out all the incredible sights from “studio north” and a preview of this show after the jump. 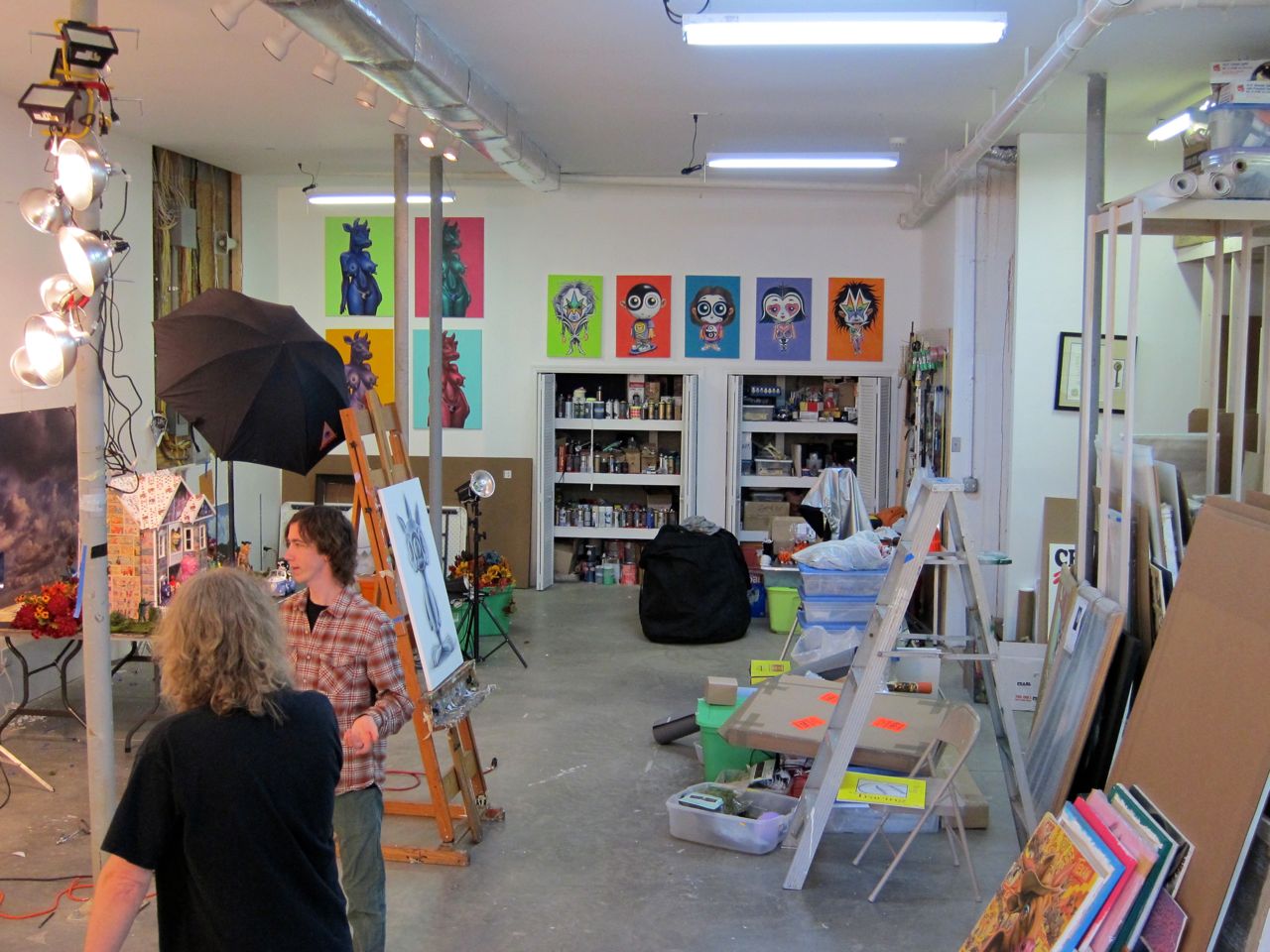 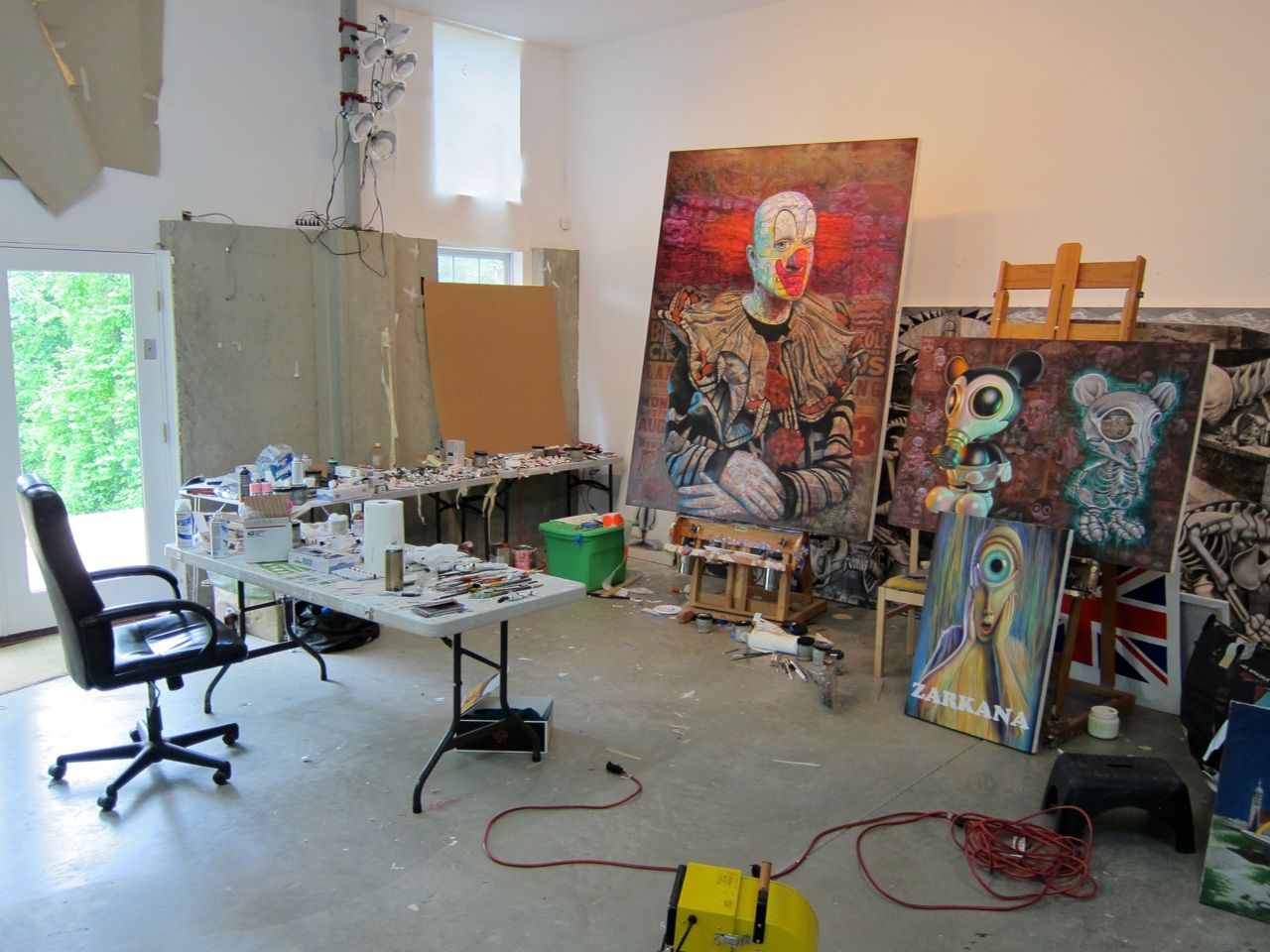 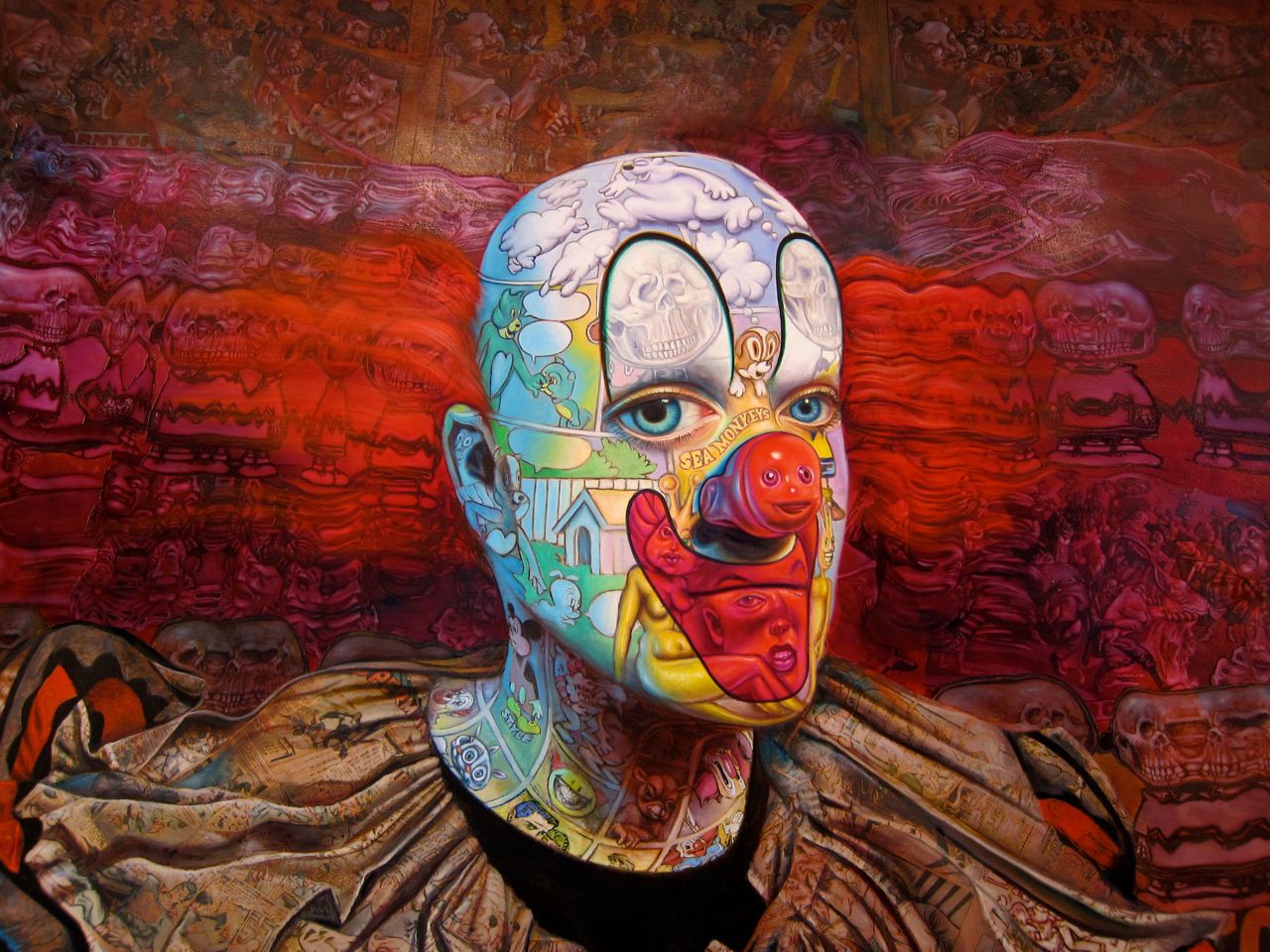 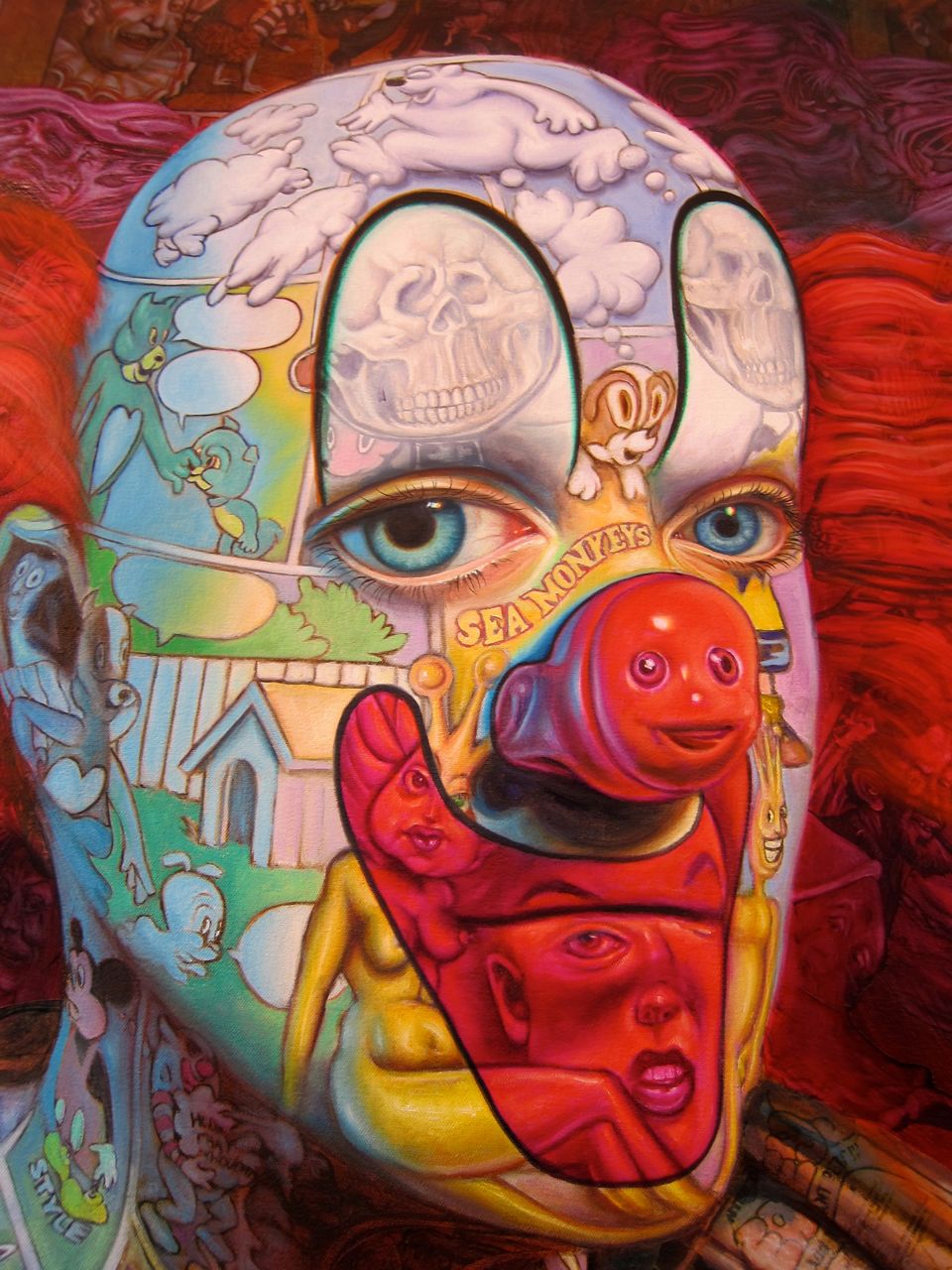 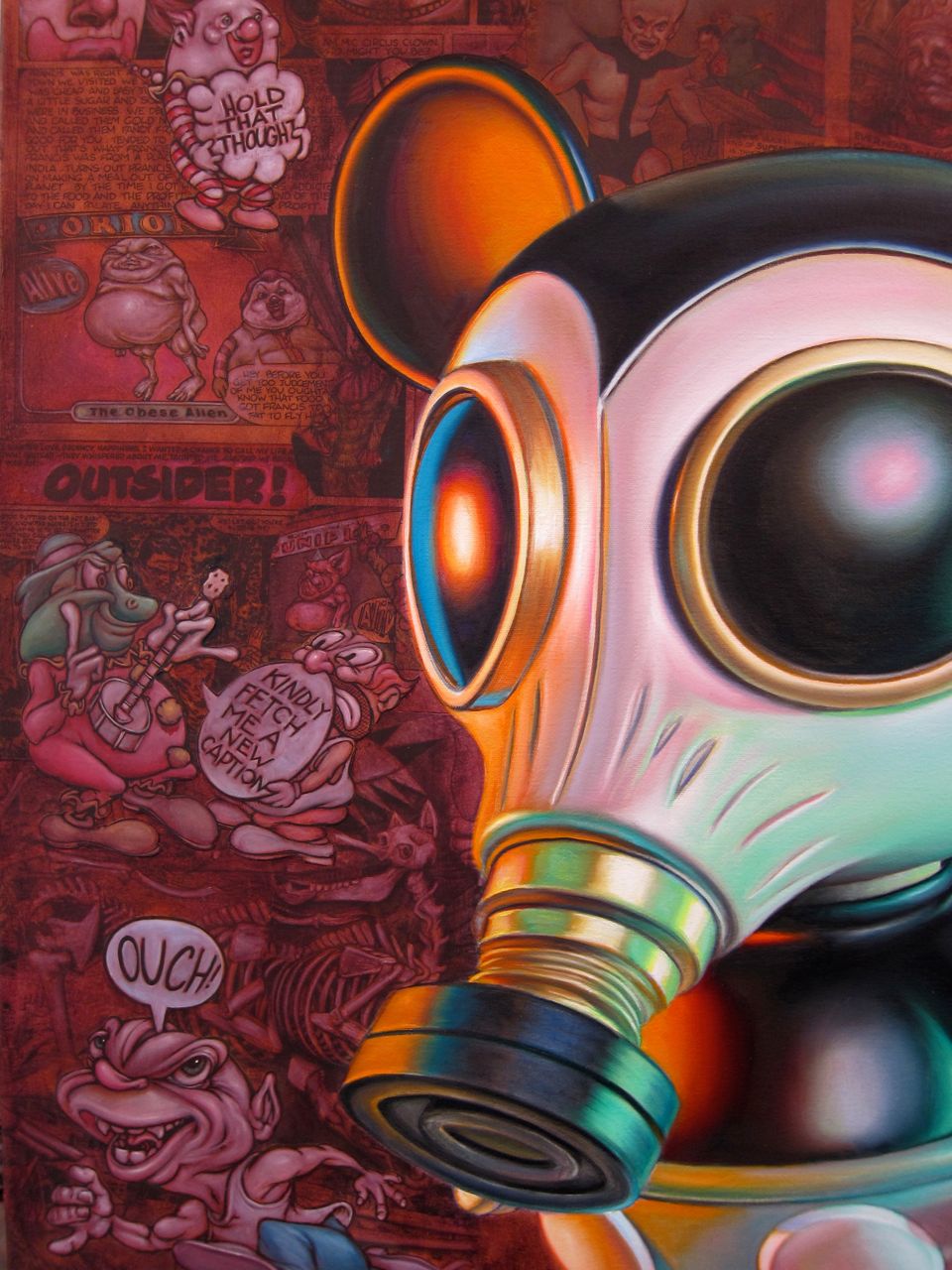 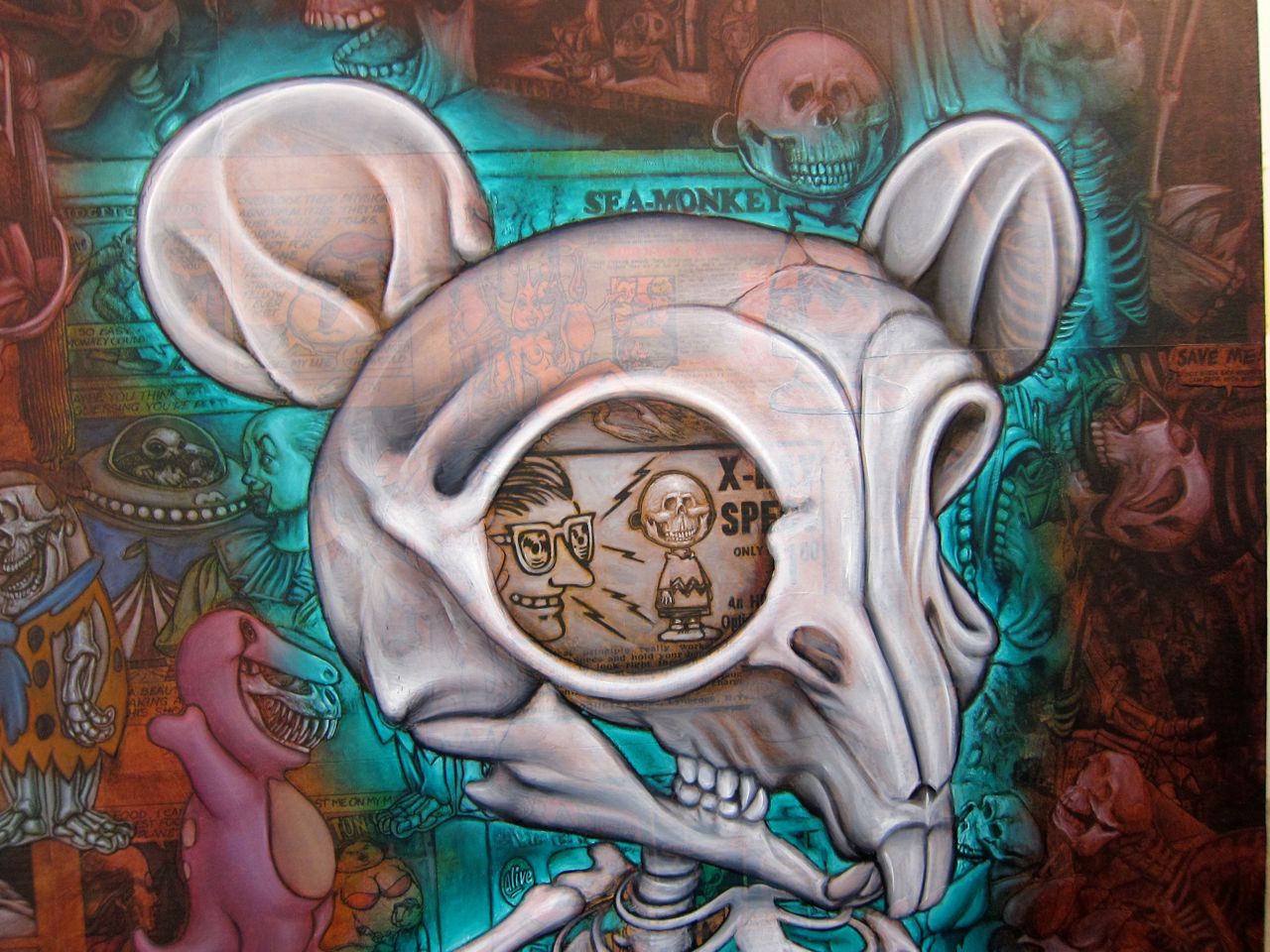 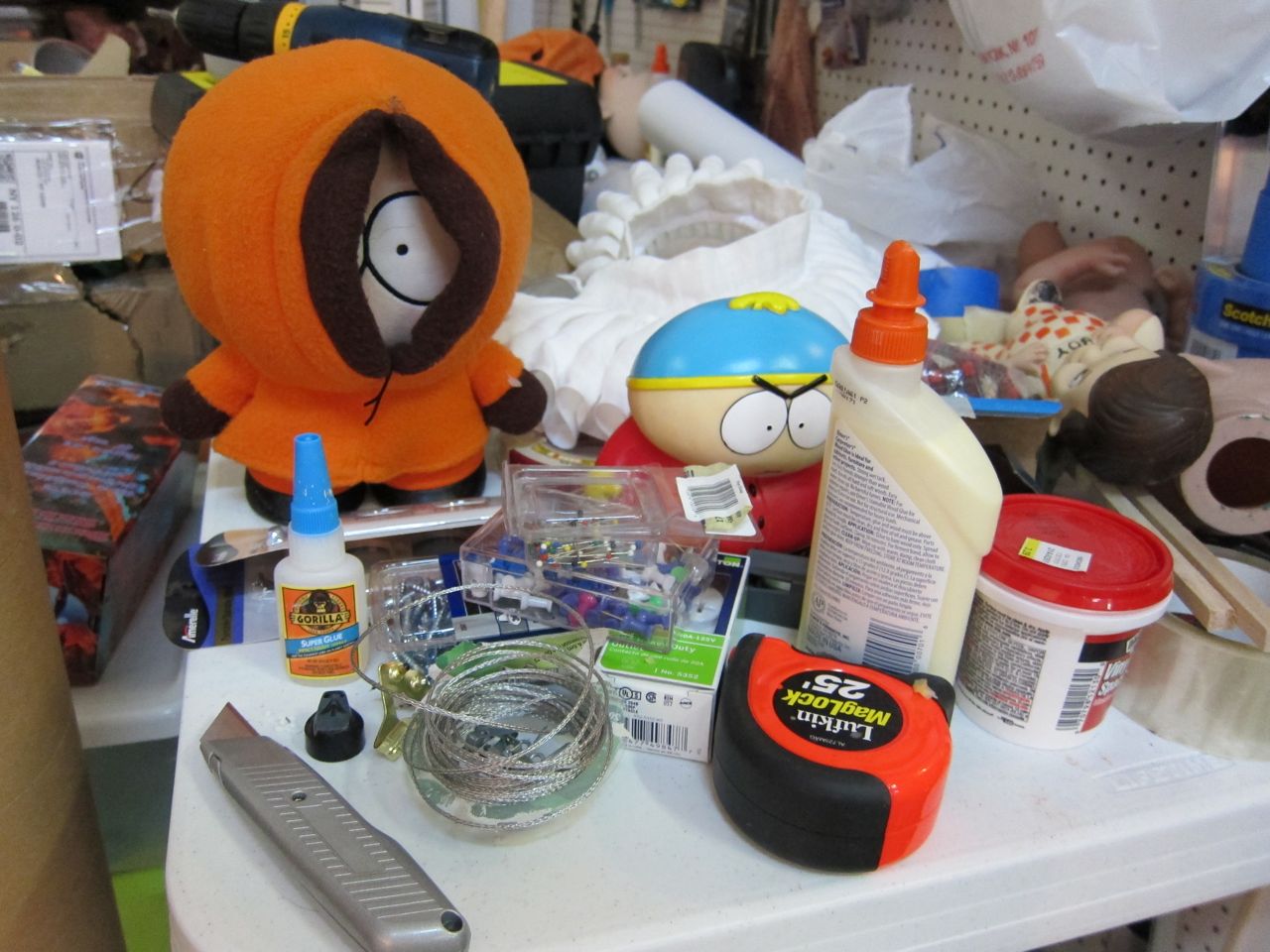 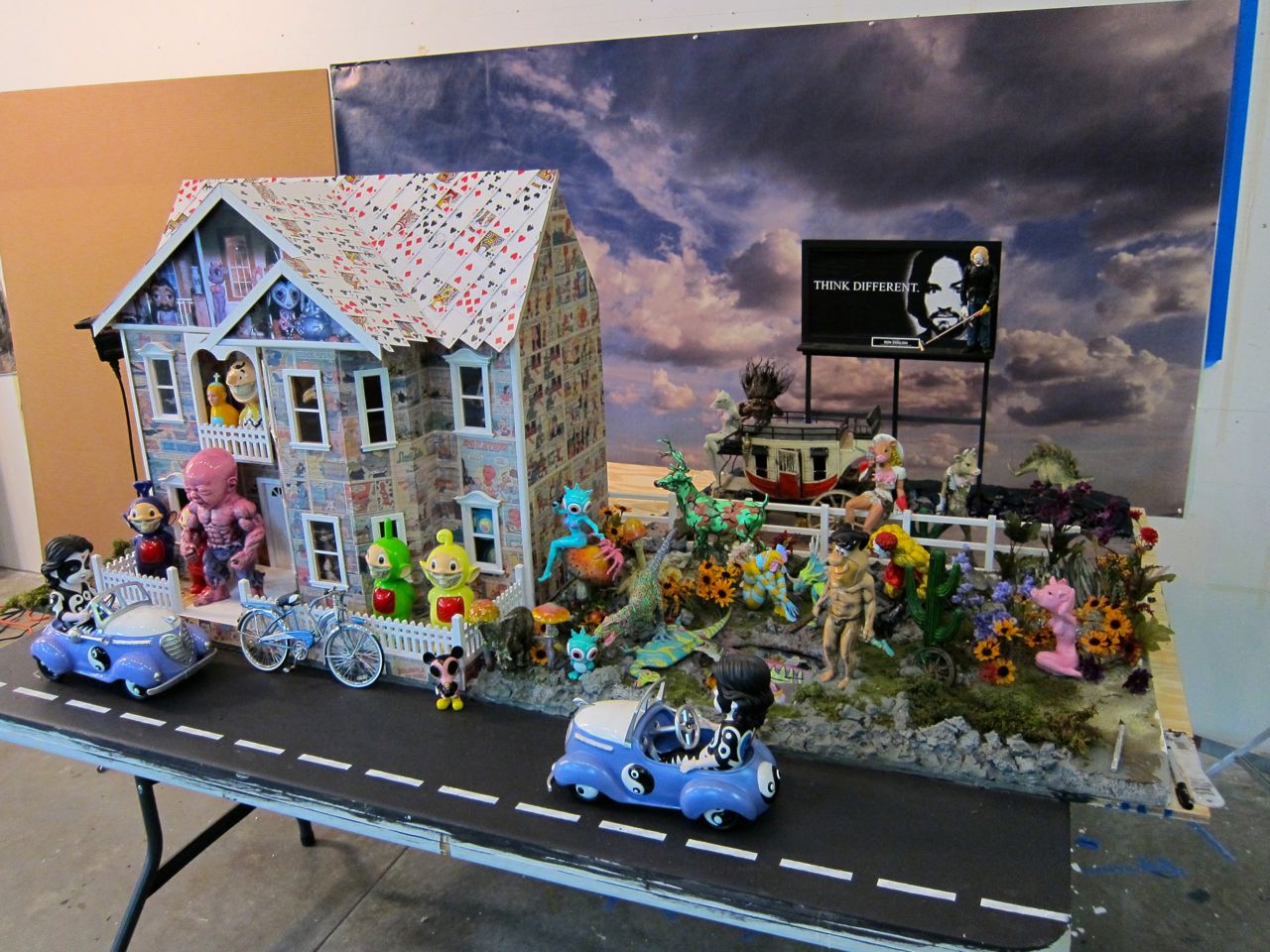 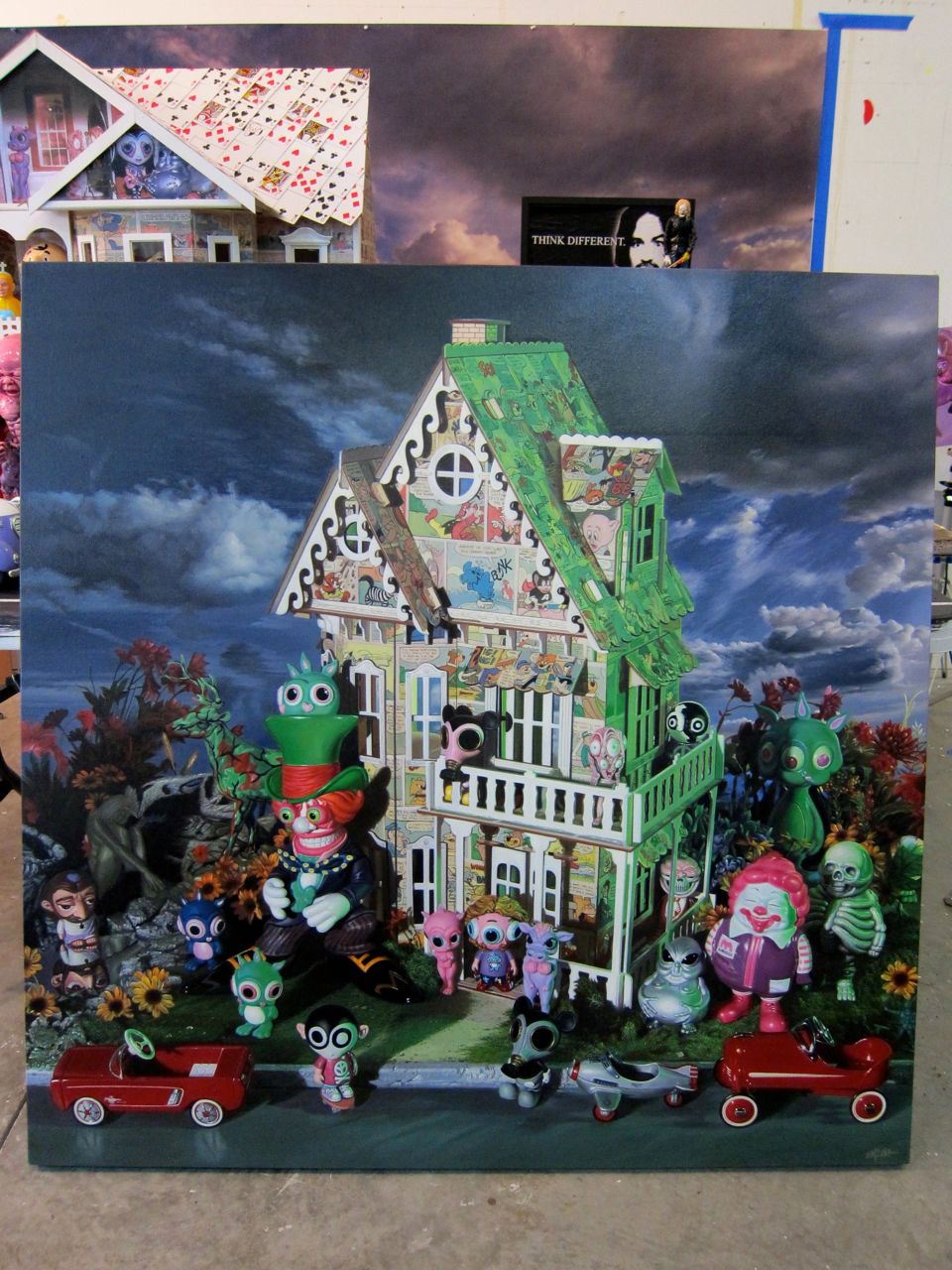 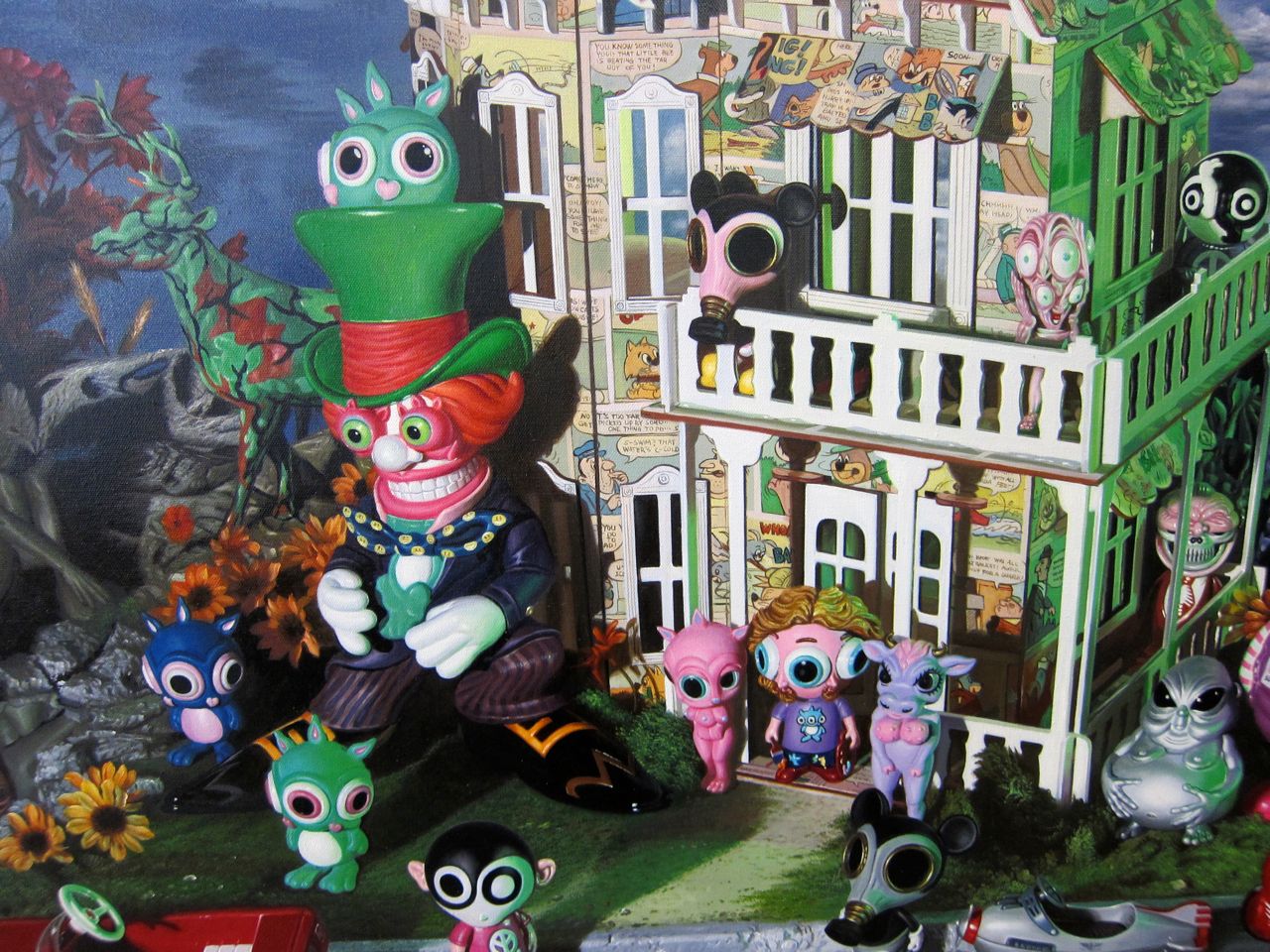 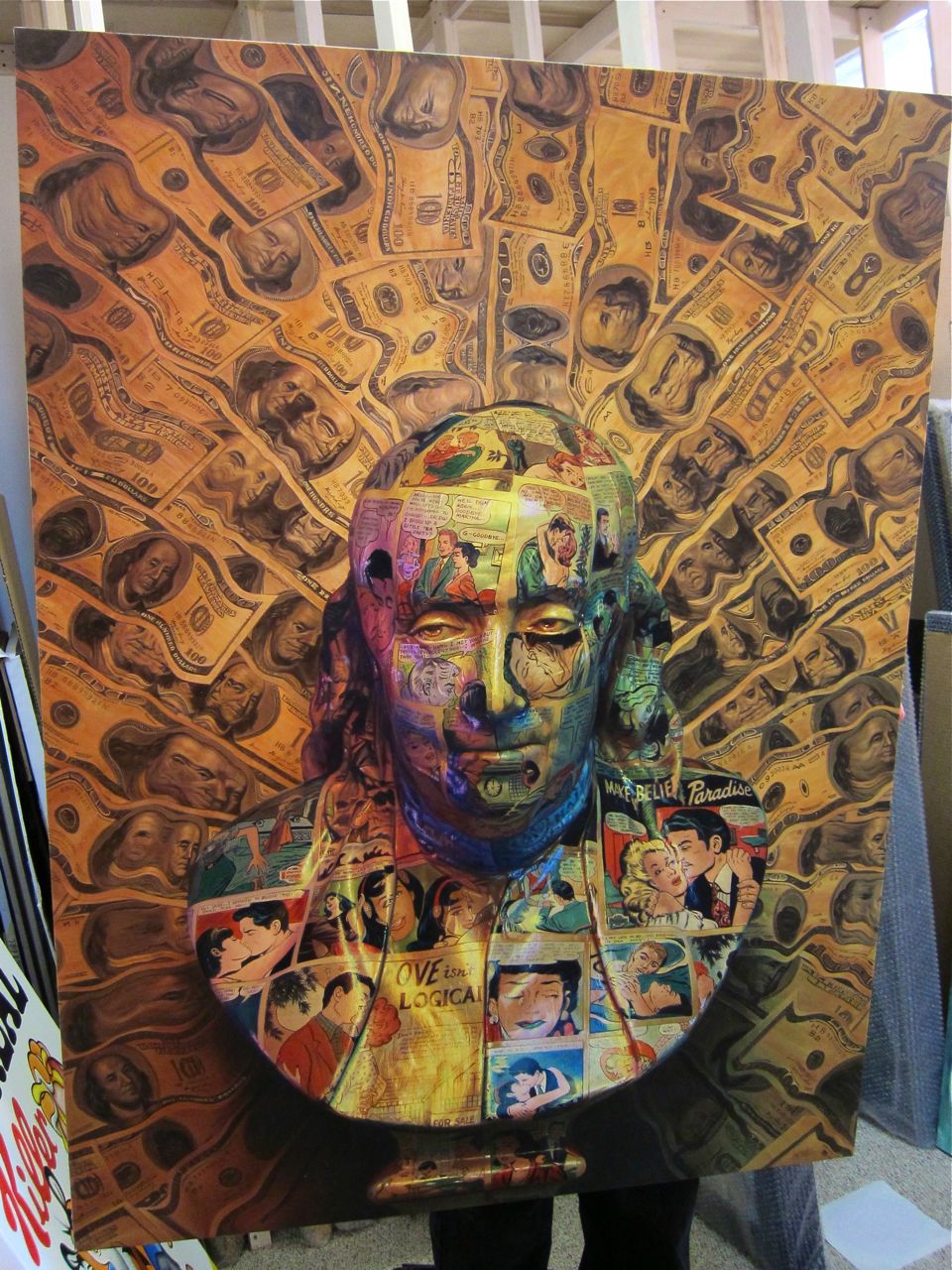 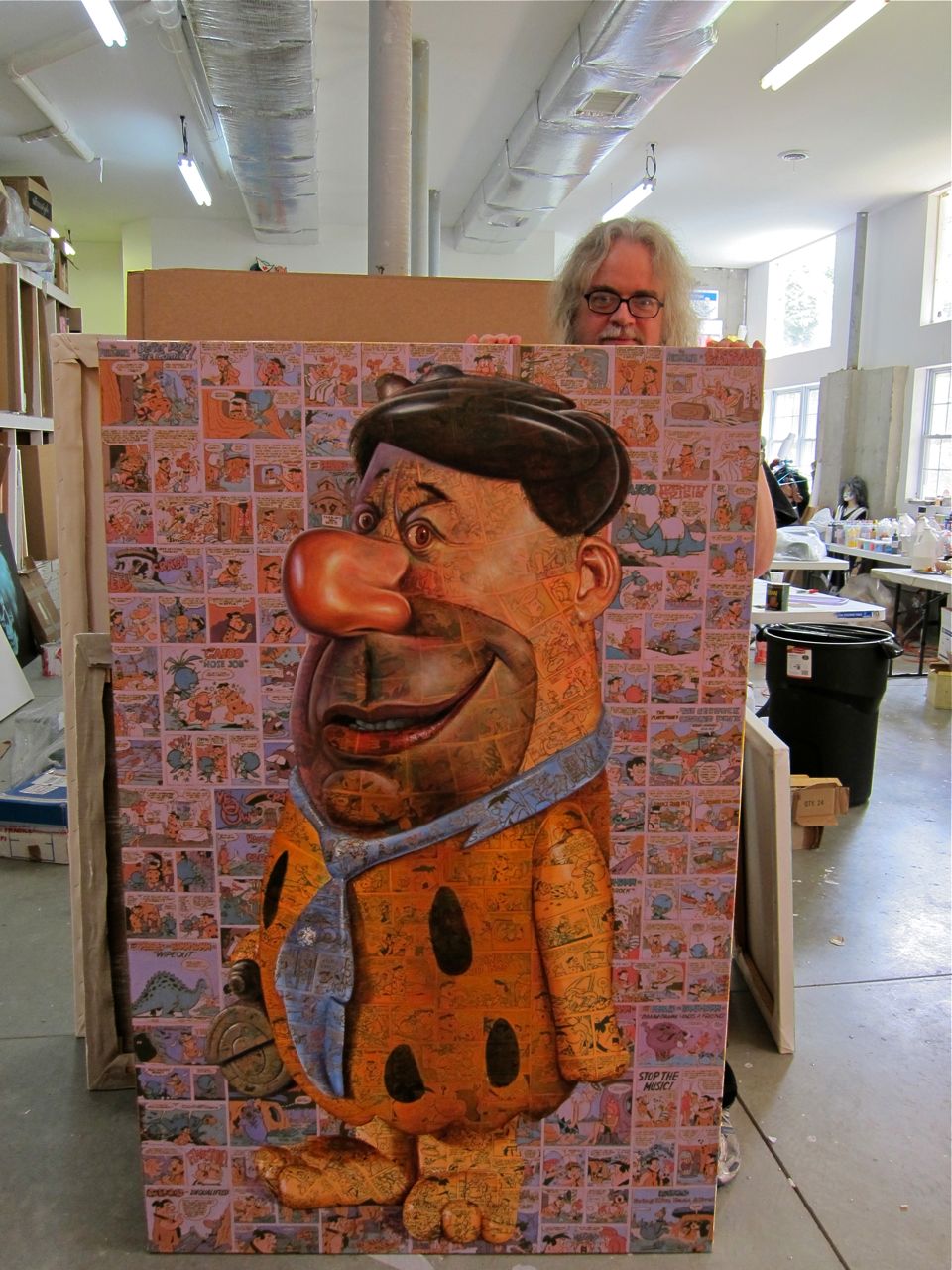 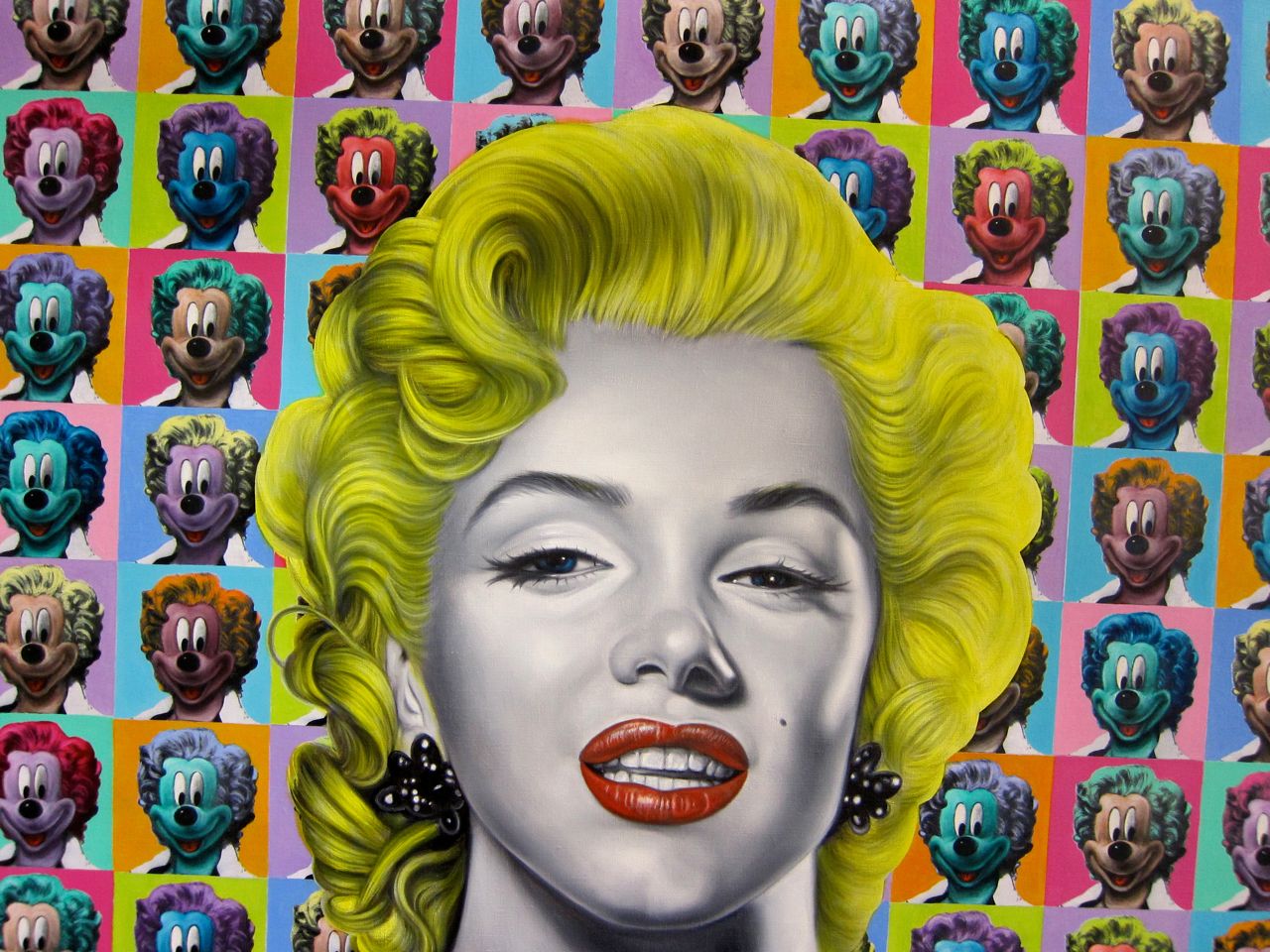 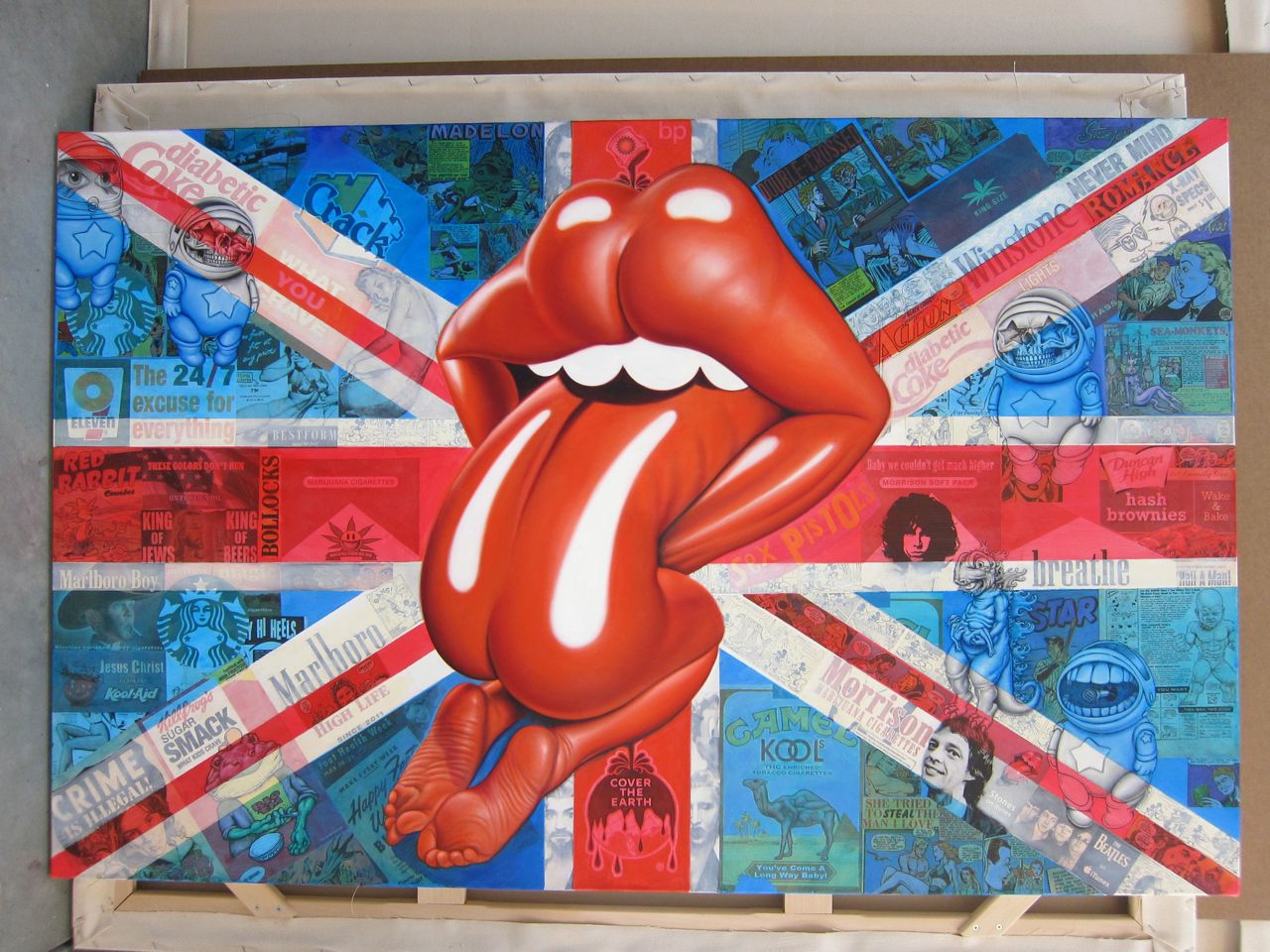 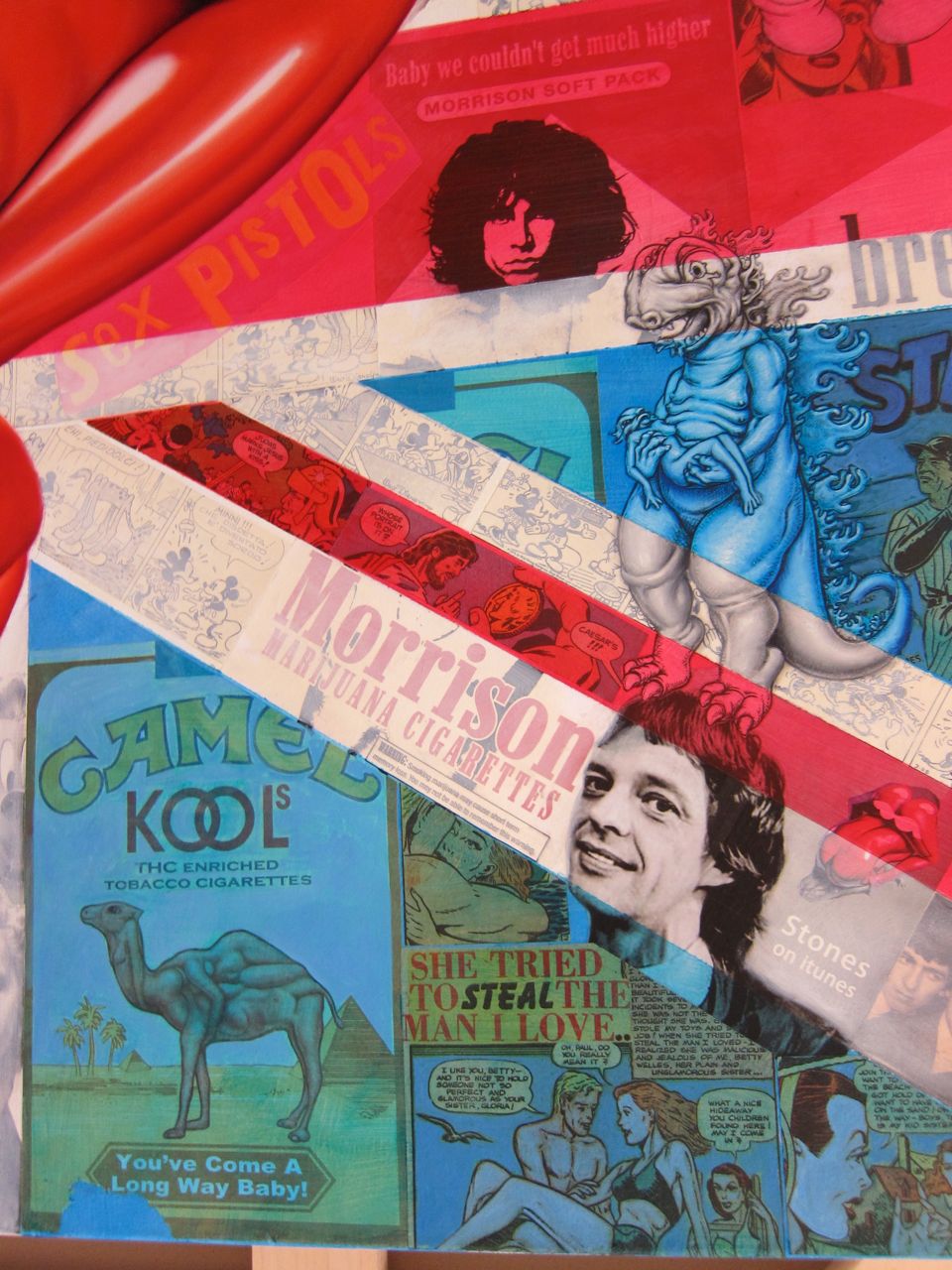 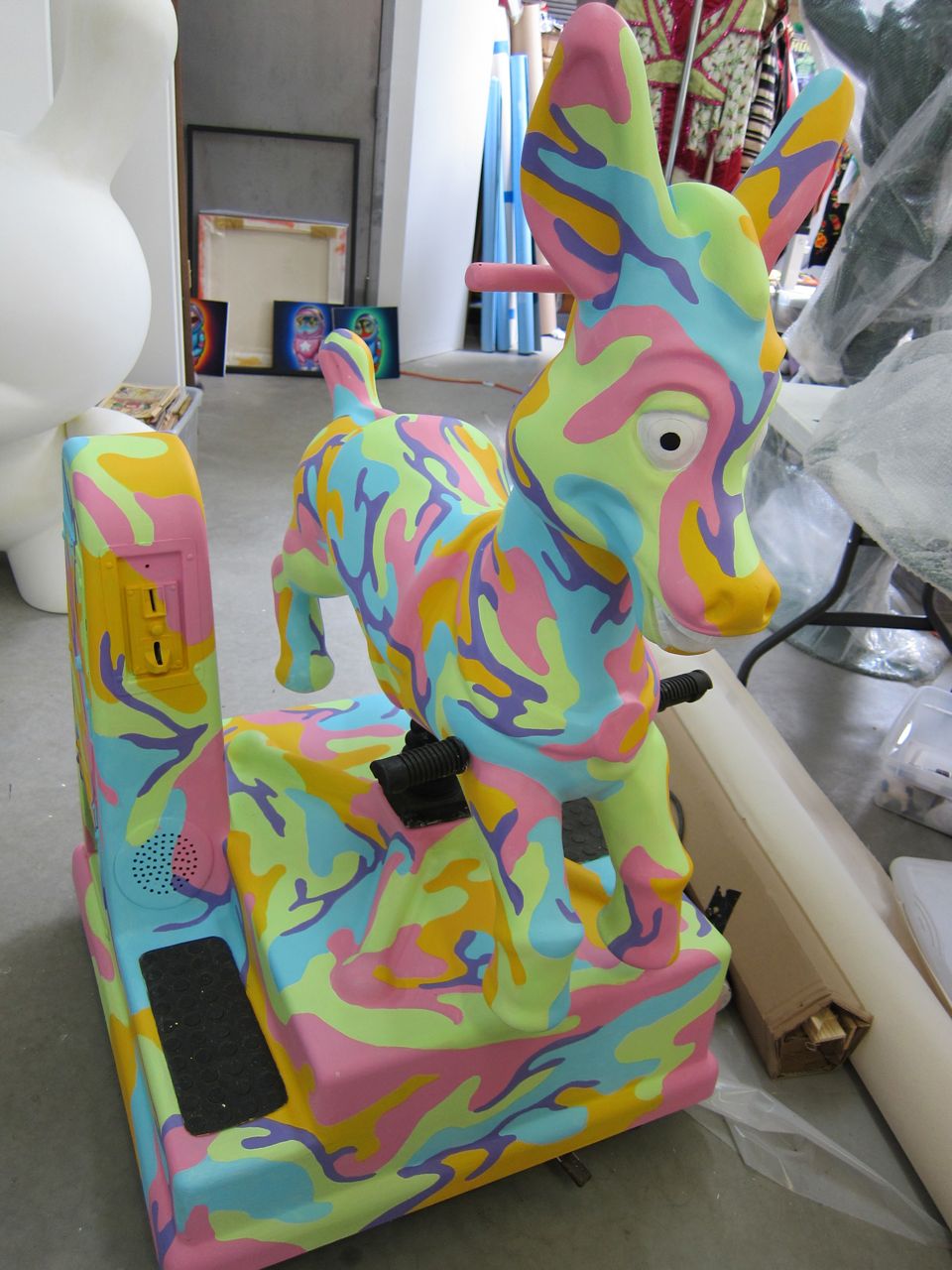 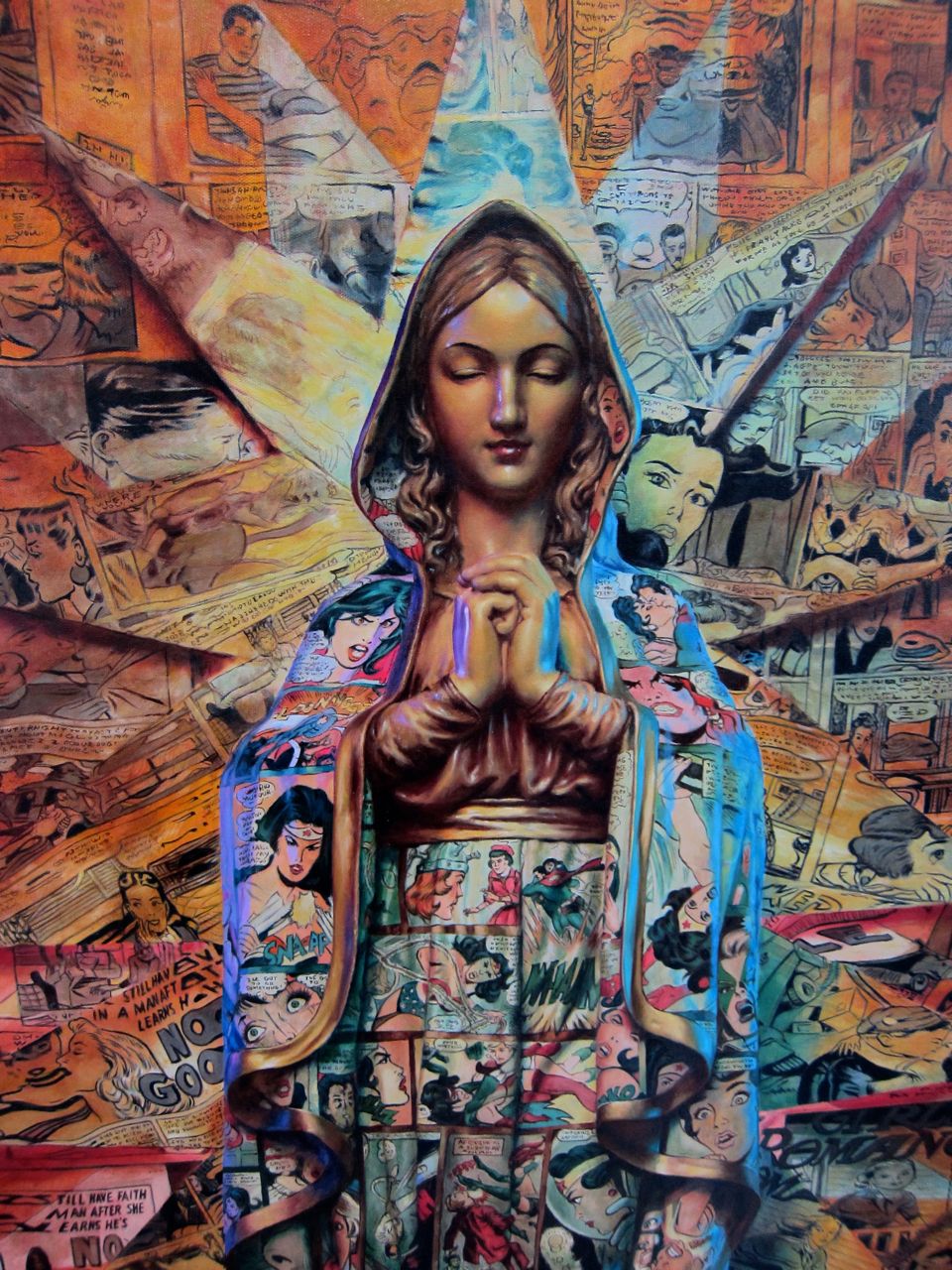 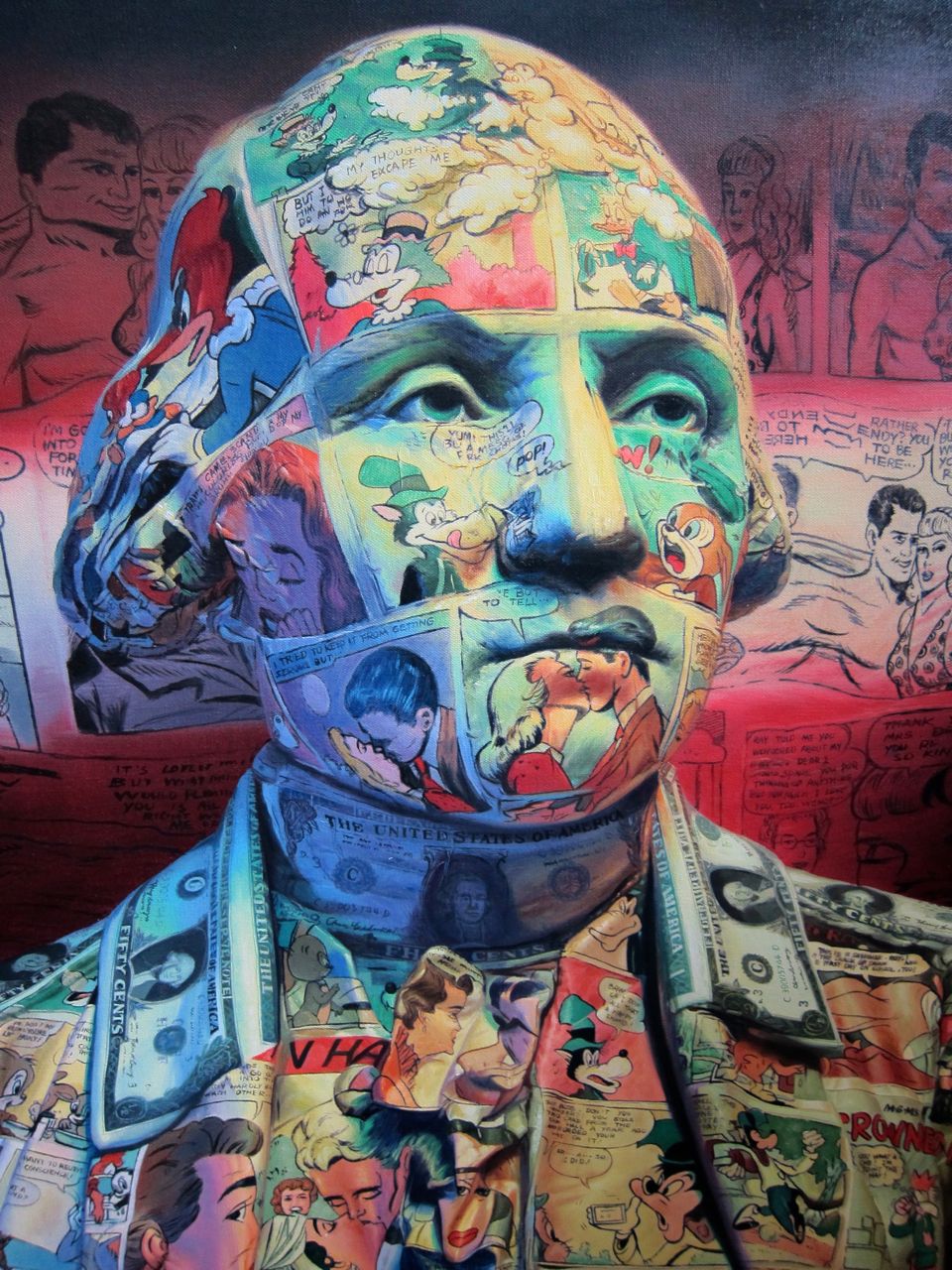 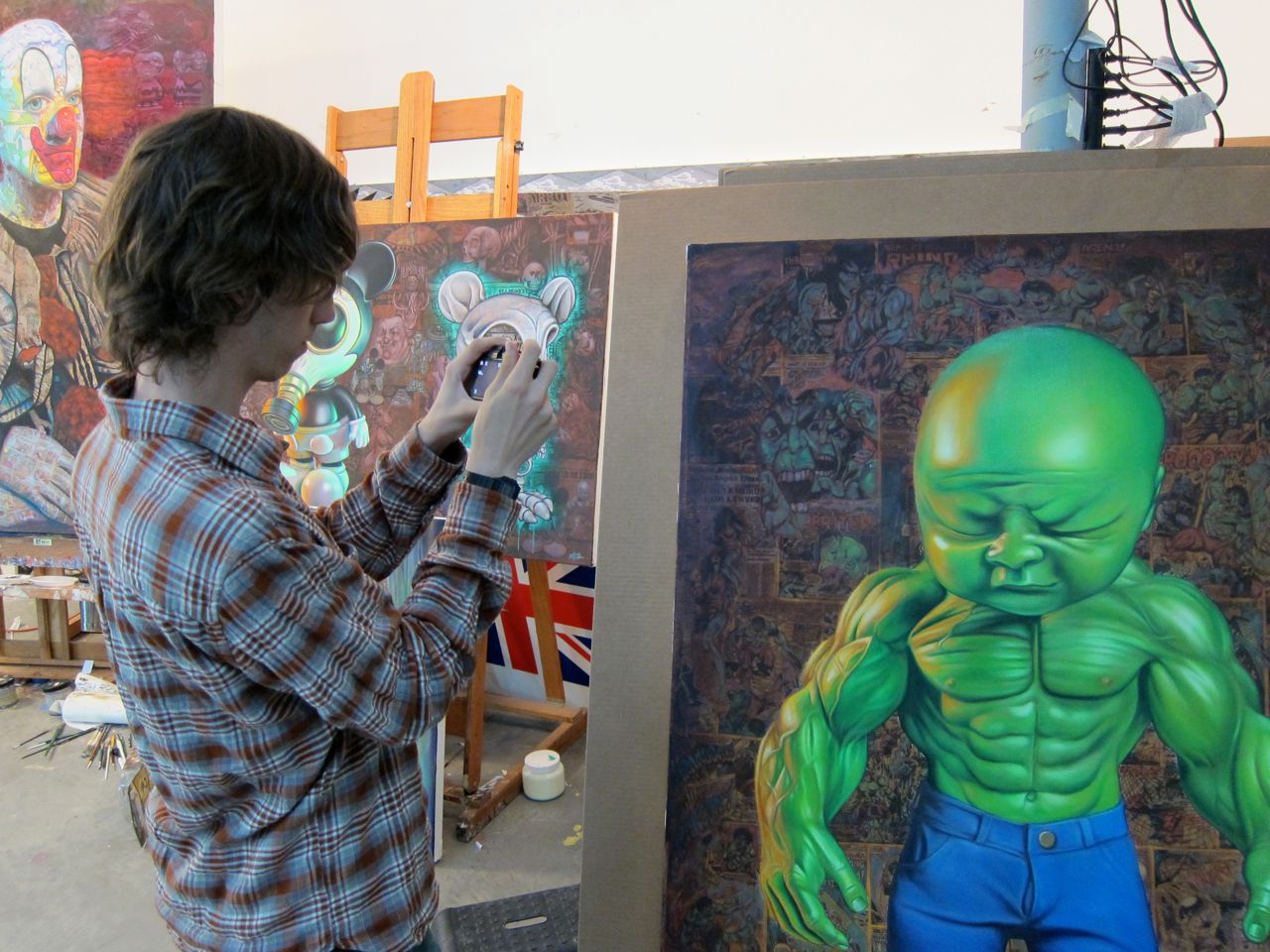 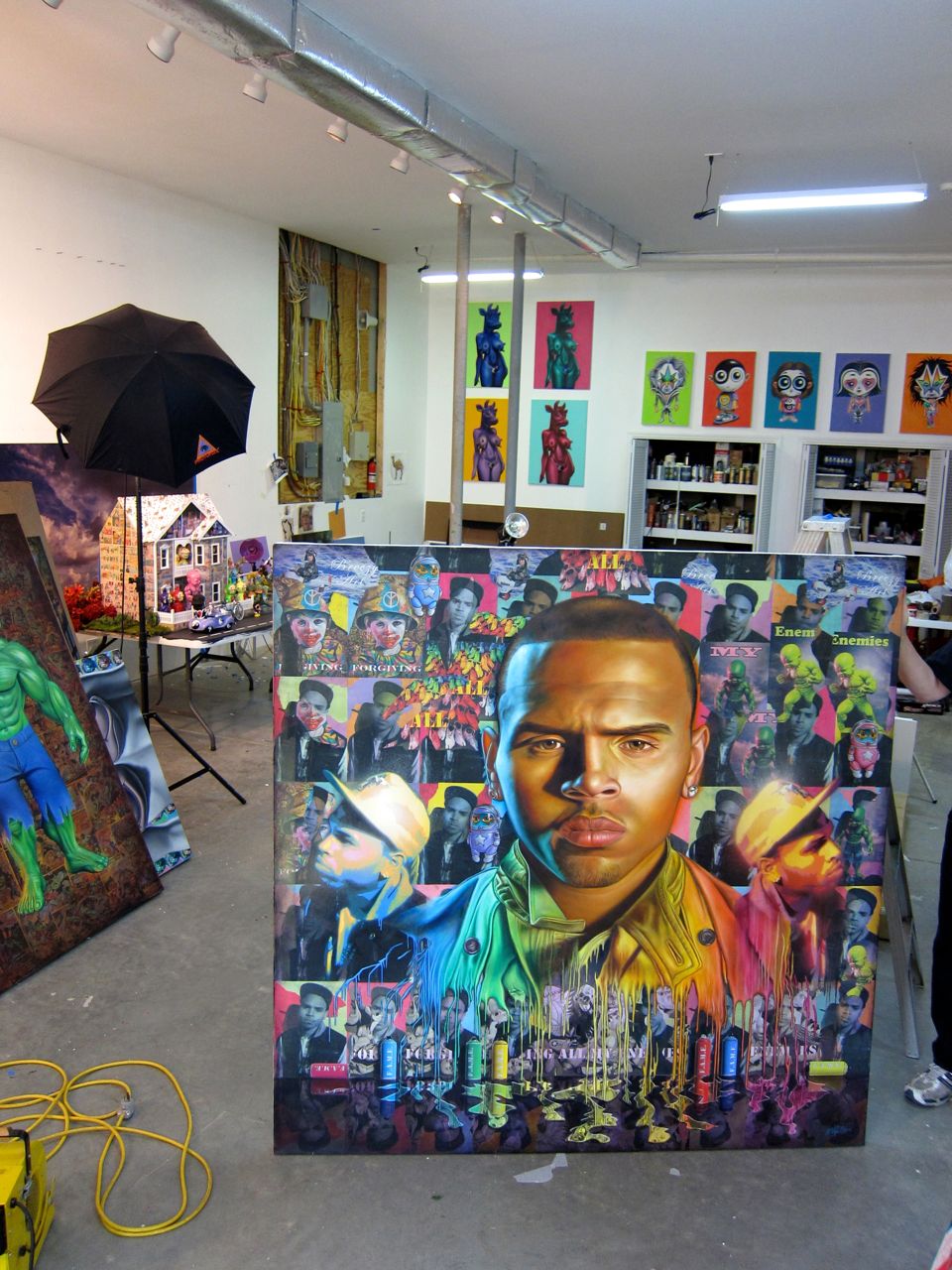 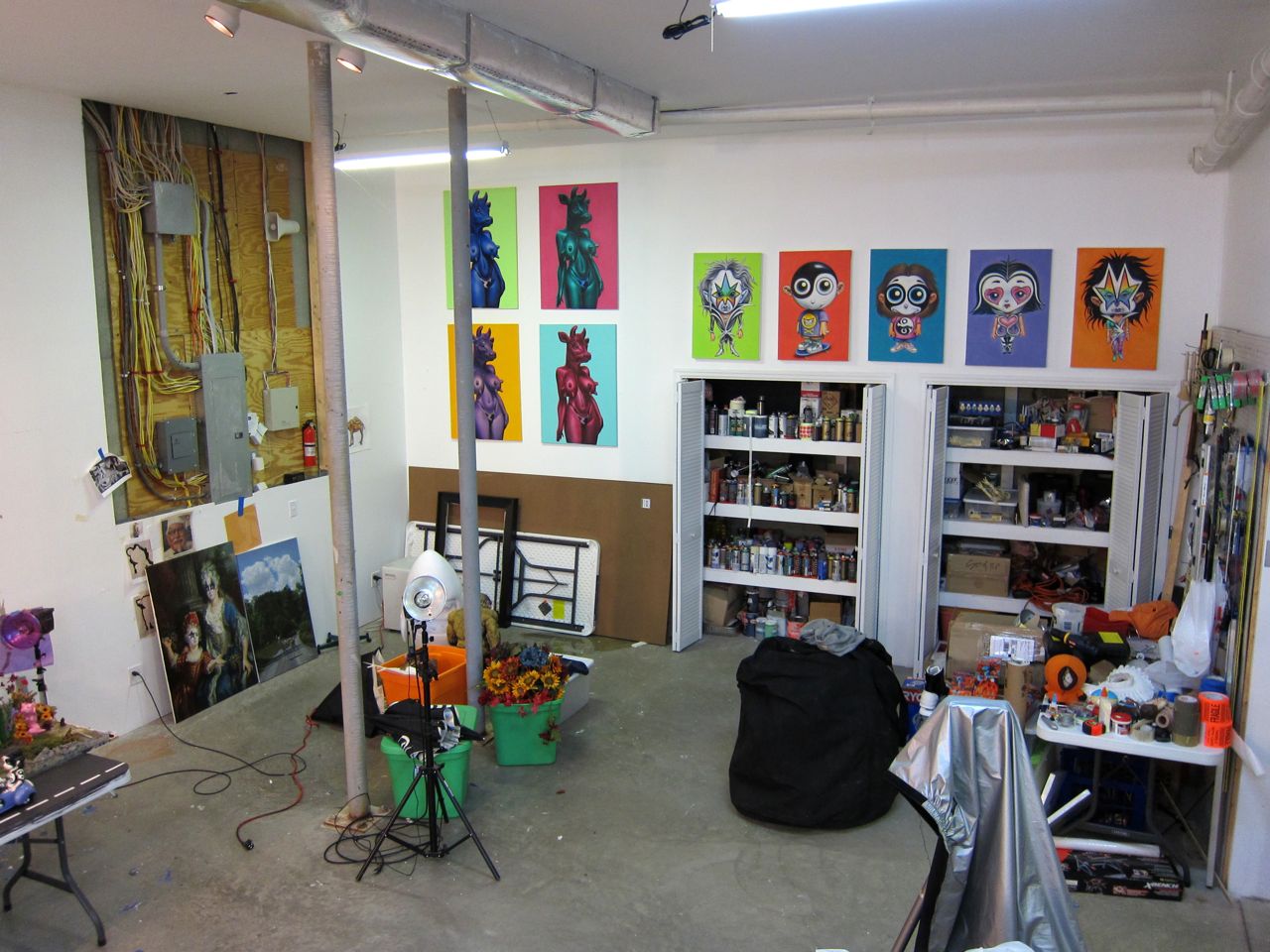 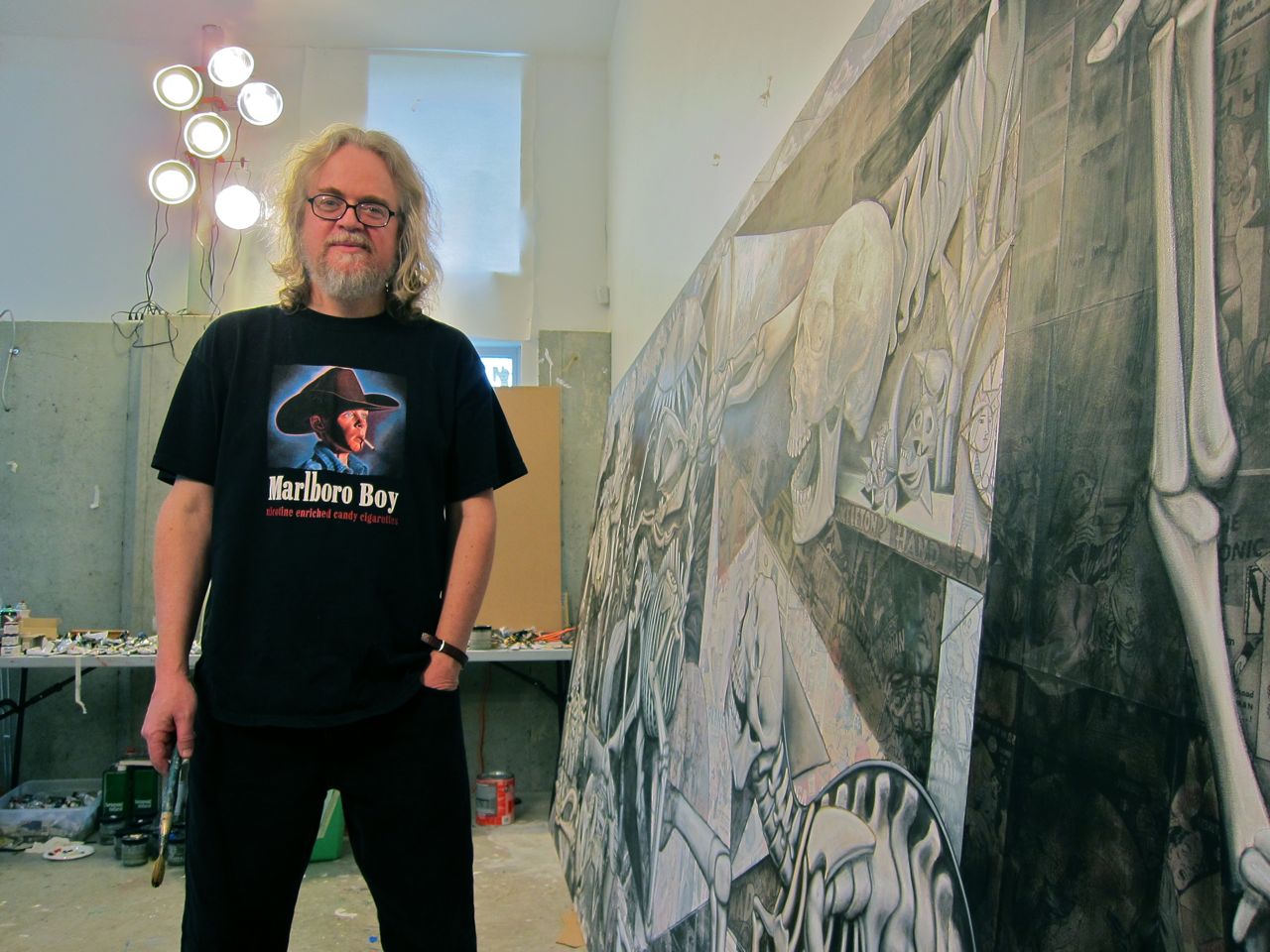 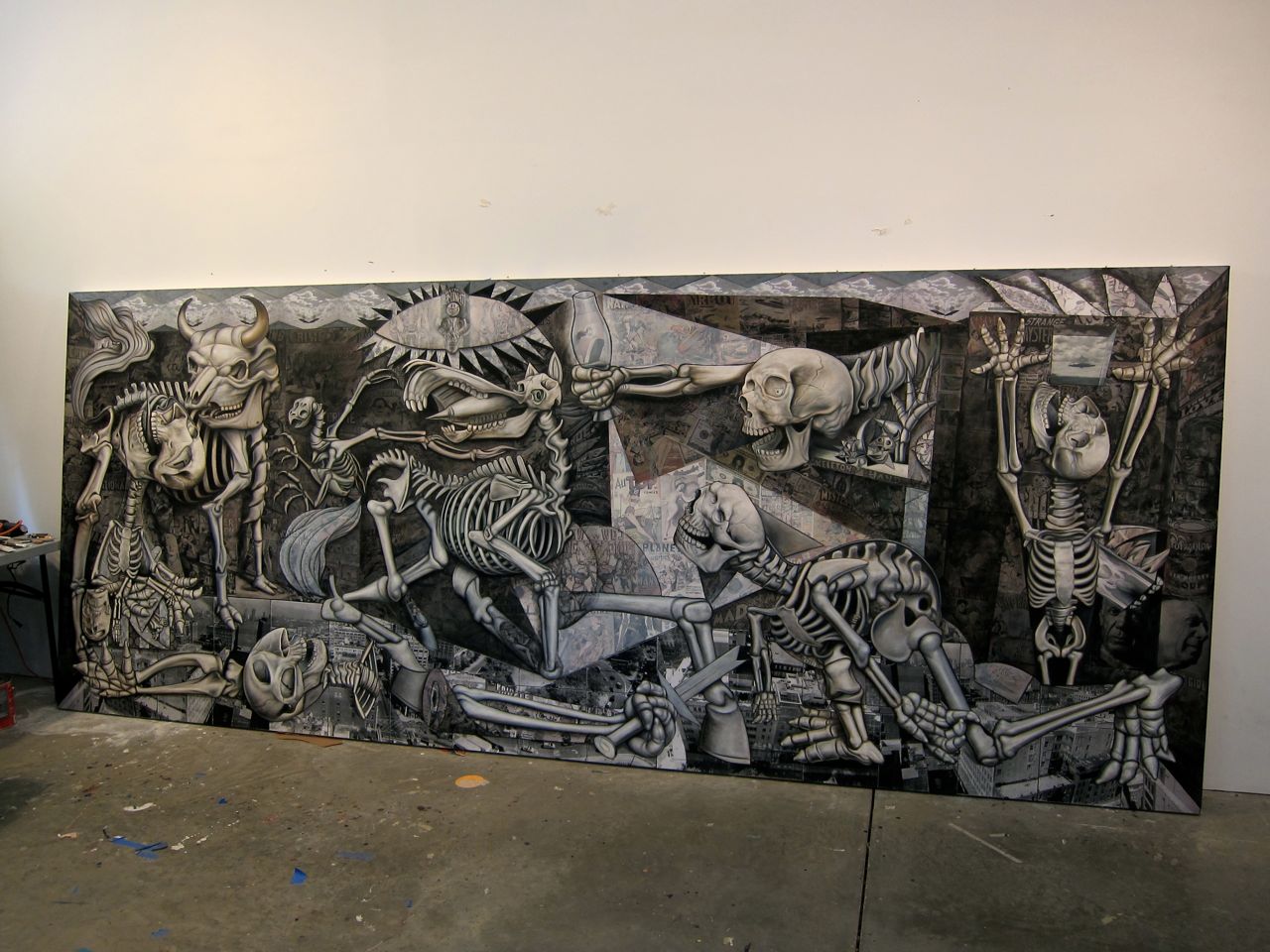 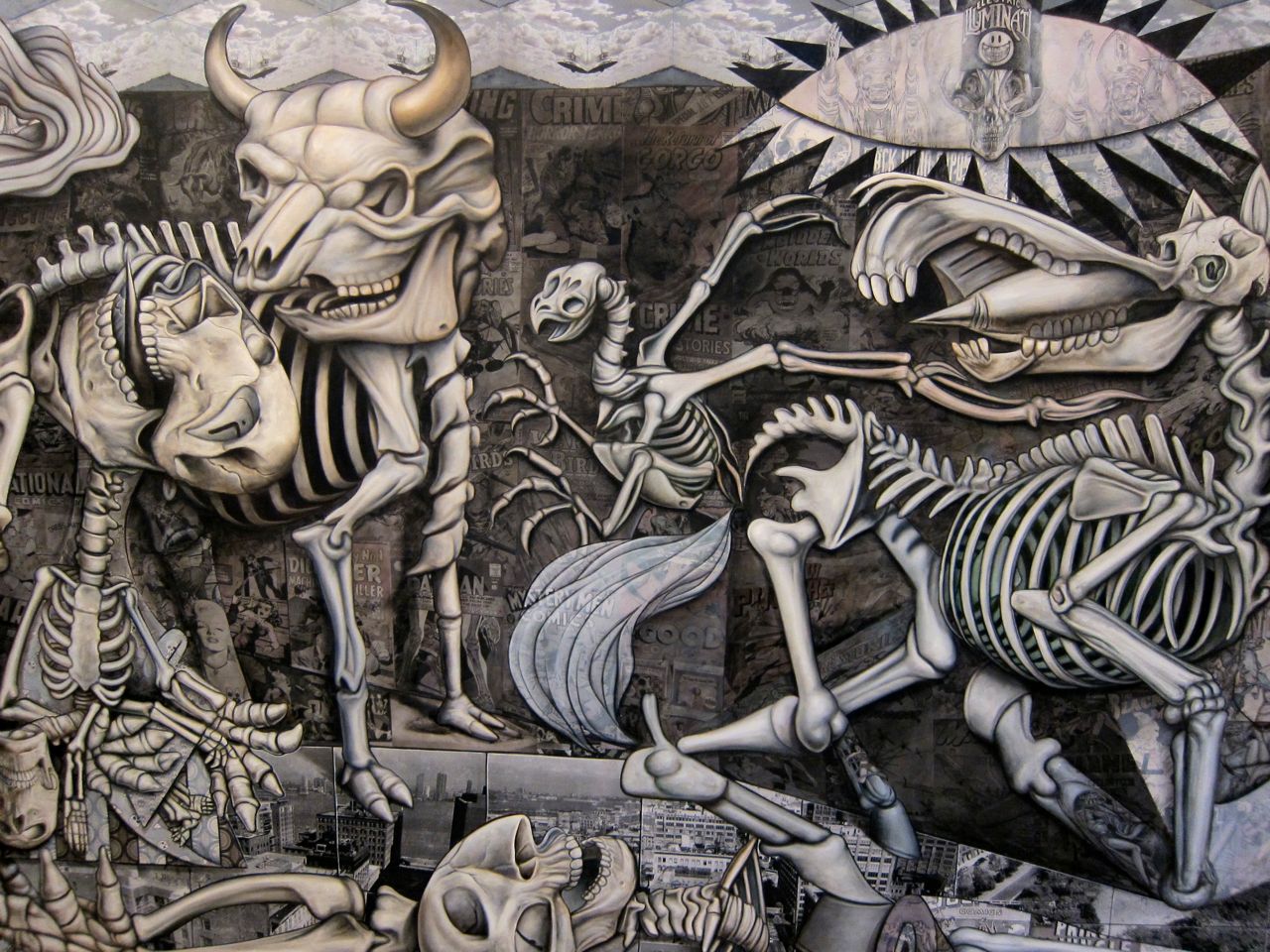 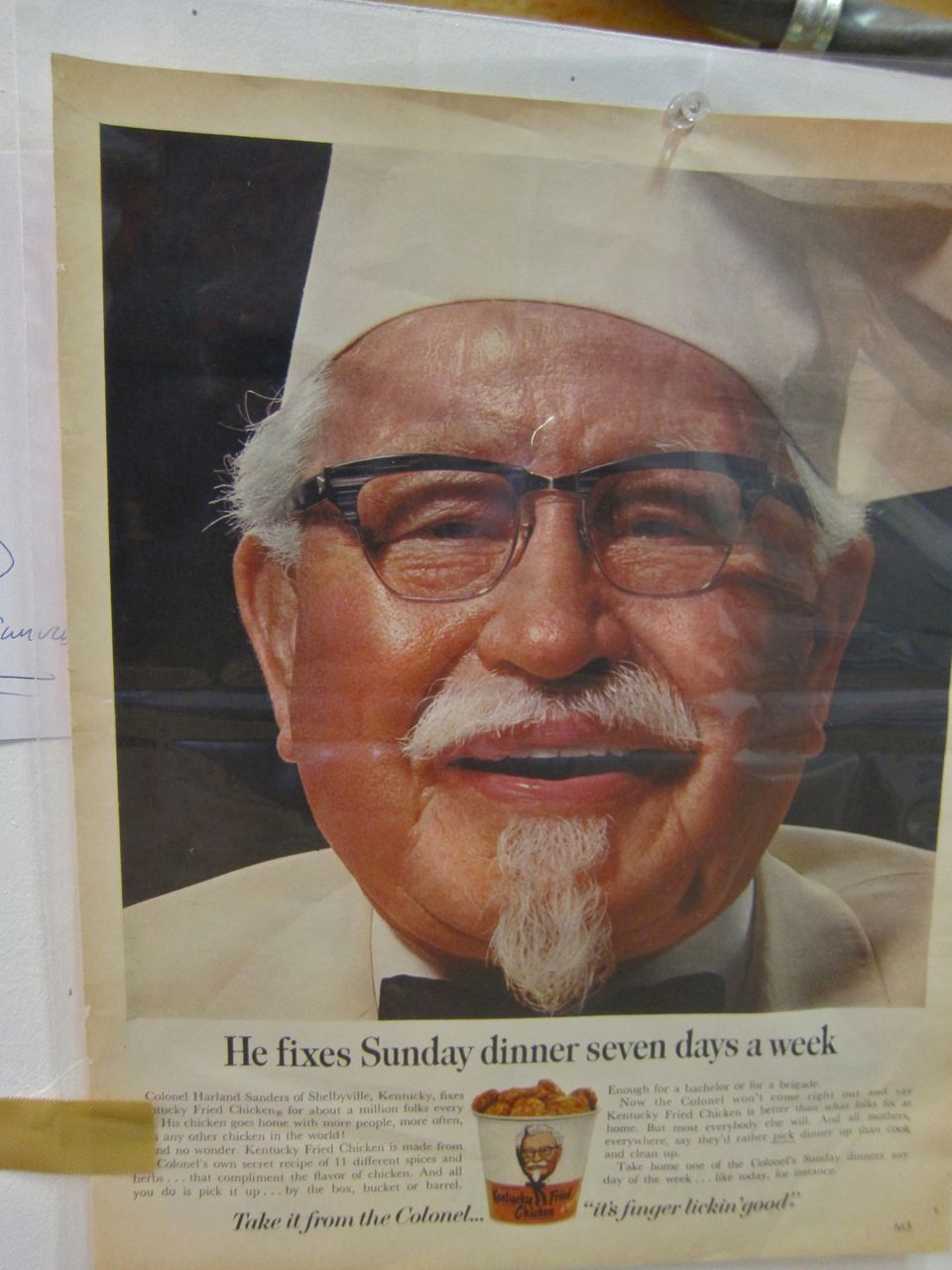 Ron is the Colonel...

Ron is the Colonel…