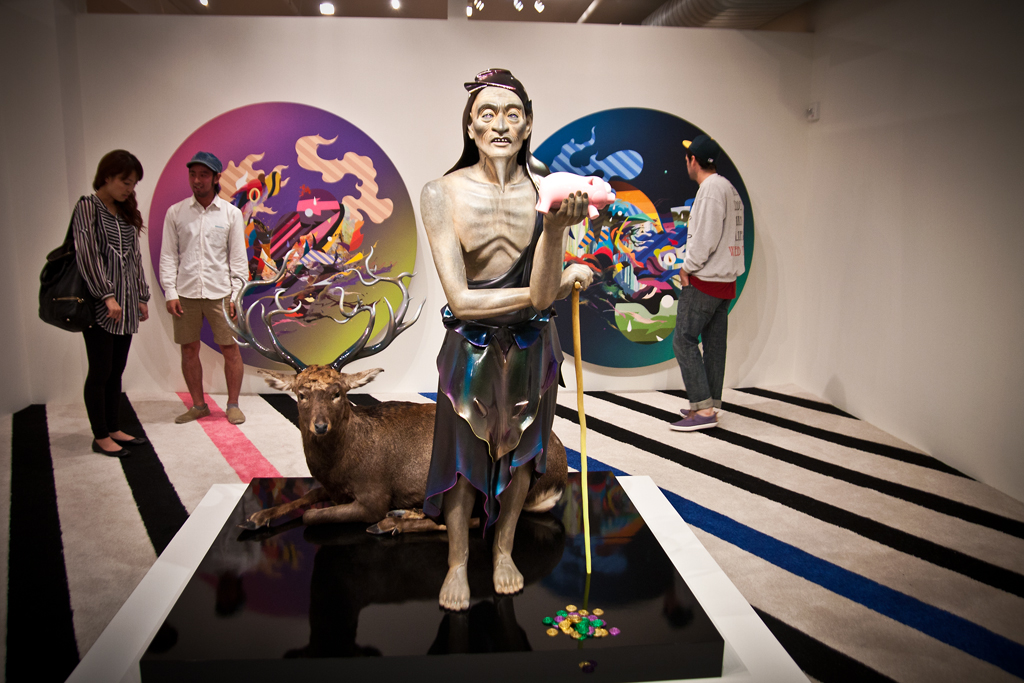 Last week was the start of another art season in NYC, and Joshua Liner Gallery started it if off with a bang with East Weets Mest, the second full-gallery solo exhibition by Brooklyn-based, Japanese artist Tomokazu Matsuyama (interviewed). Being great admirers of Matsu’s work and having seen some of the pieces during our recent studio visit, our expectations for this show were high, and we were not at all let down. Matsu put together an exciting collection of paintings and sculptures, diverse yet cohesive, which examines the collision of cultures found in the modern world.

Overall, Matsu has taken a significant step forward with this show, pushing his art both technically and conceptually. One of the highlights is the large-scale painting Toys and Candy—a play off of a traditional Japanese woodblock print depicting a great battle, but Matsu replaces the weapons and uniforms with an array of childhood items, transforming the scene from violent to playful. Without a doubt, however, the standout of the show is Matsu’s latest sculpture entitled Money Talks. Installed in its own room, a modern shrine carpeted in striking stripes, a life-sized fiber-reinforced plastic wise-man, grim and gaunt, holds a cartoonish pink piggy bank (instead of the traditional paper scroll); next to him, is a preserved deer, its antlers removed and replaced with shiny pearlescent plastic. Taken all together, the sight is unlike anything we’ve seen, full of symbolism, and something best experienced in person.

East Weets Mest is up until October 8, and we highly recommend that you check it out. Until then, check out our images from the opening, after the jump. 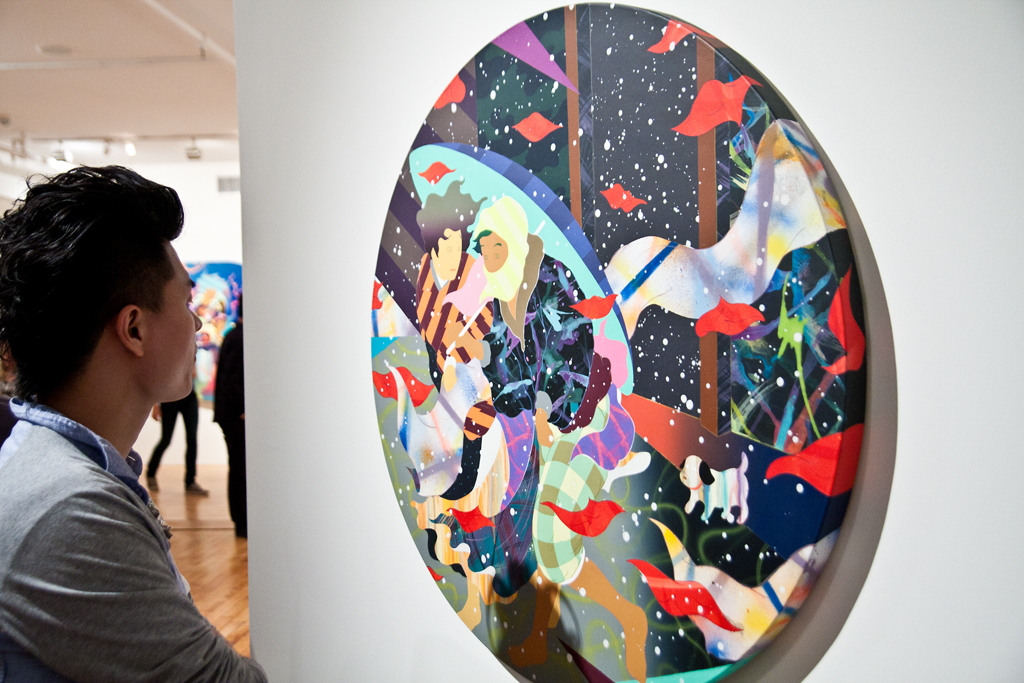 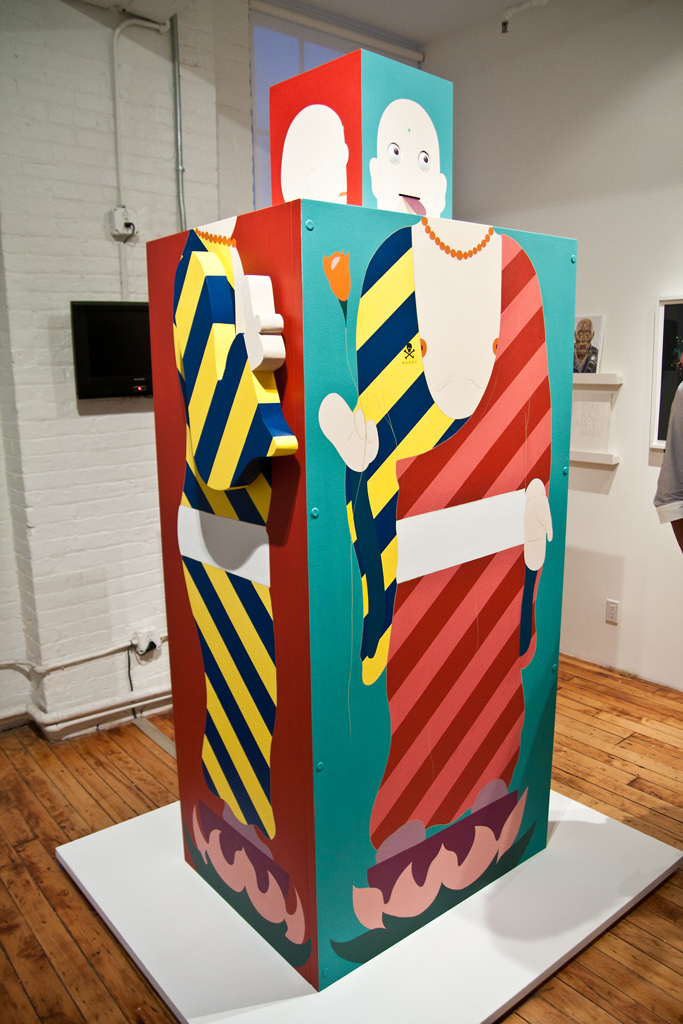 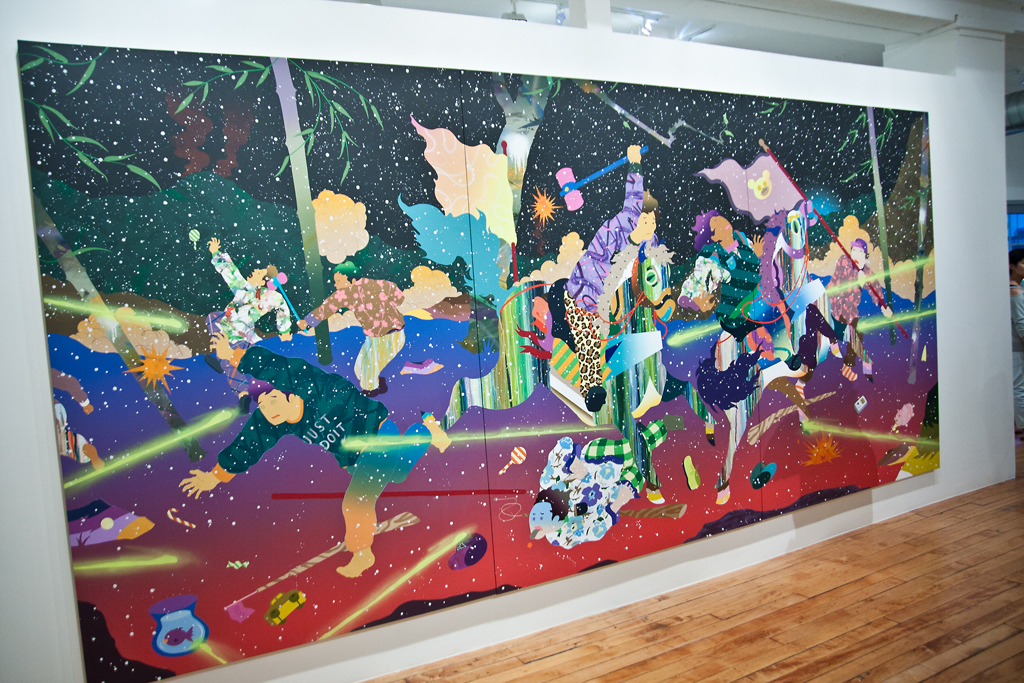 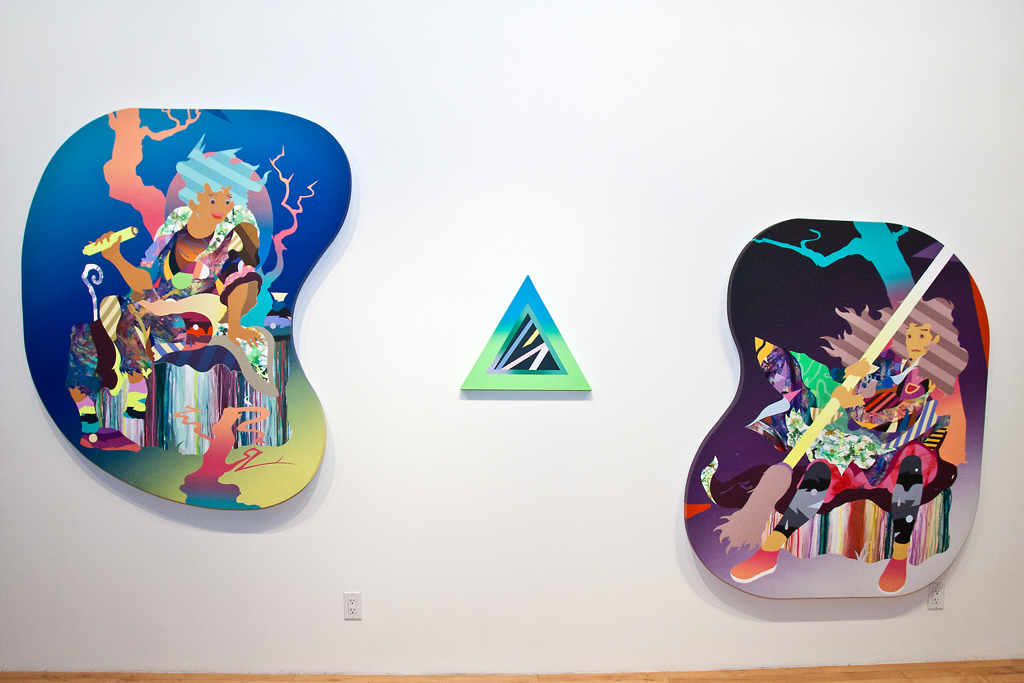 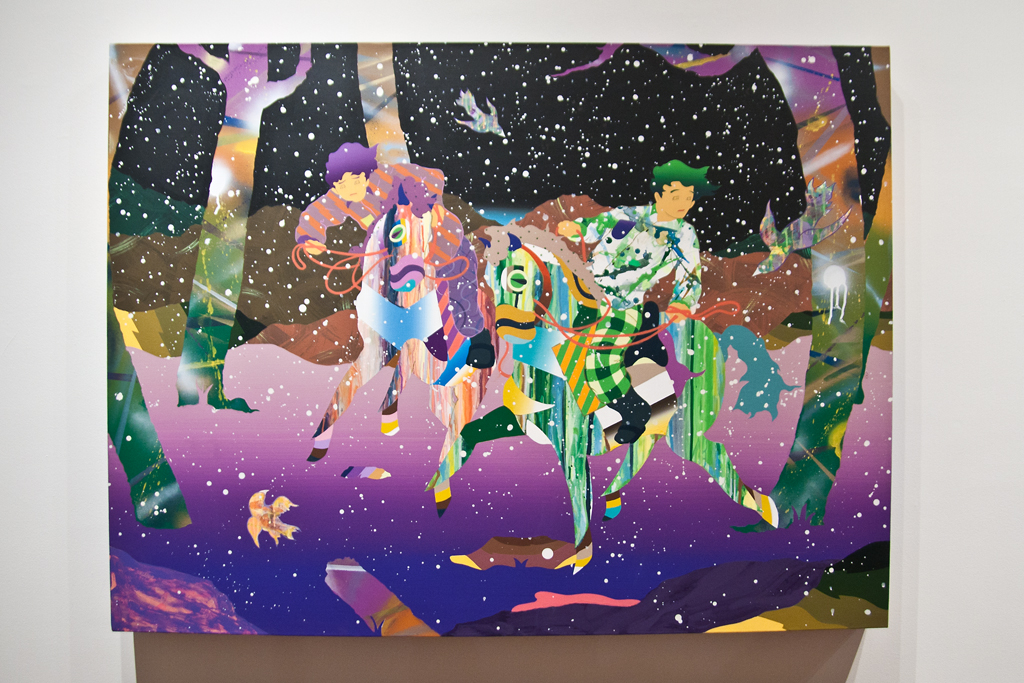 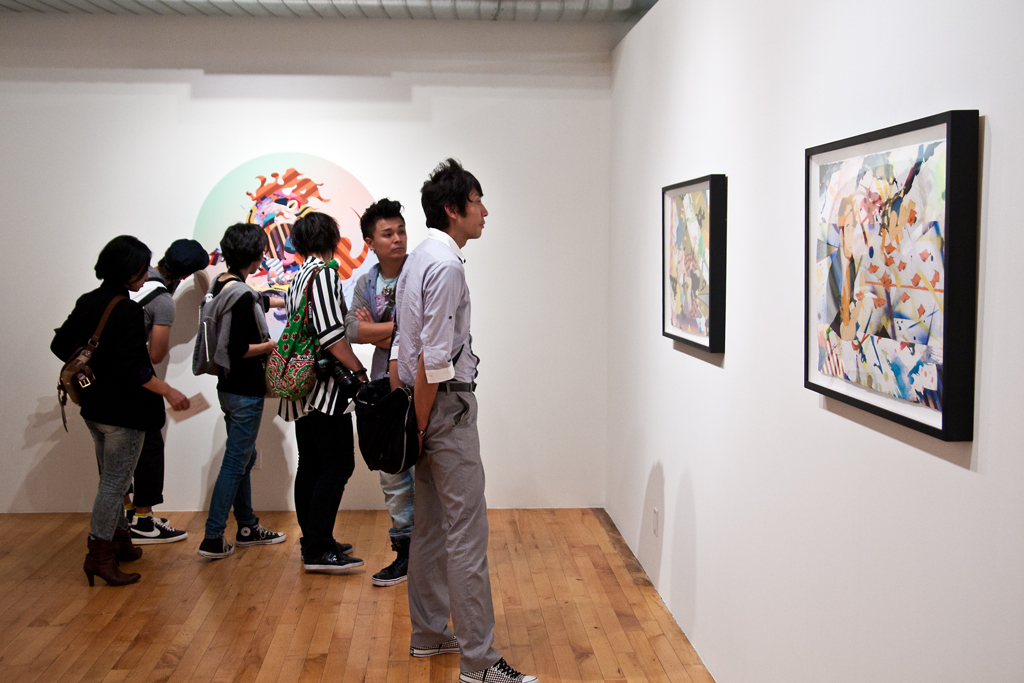