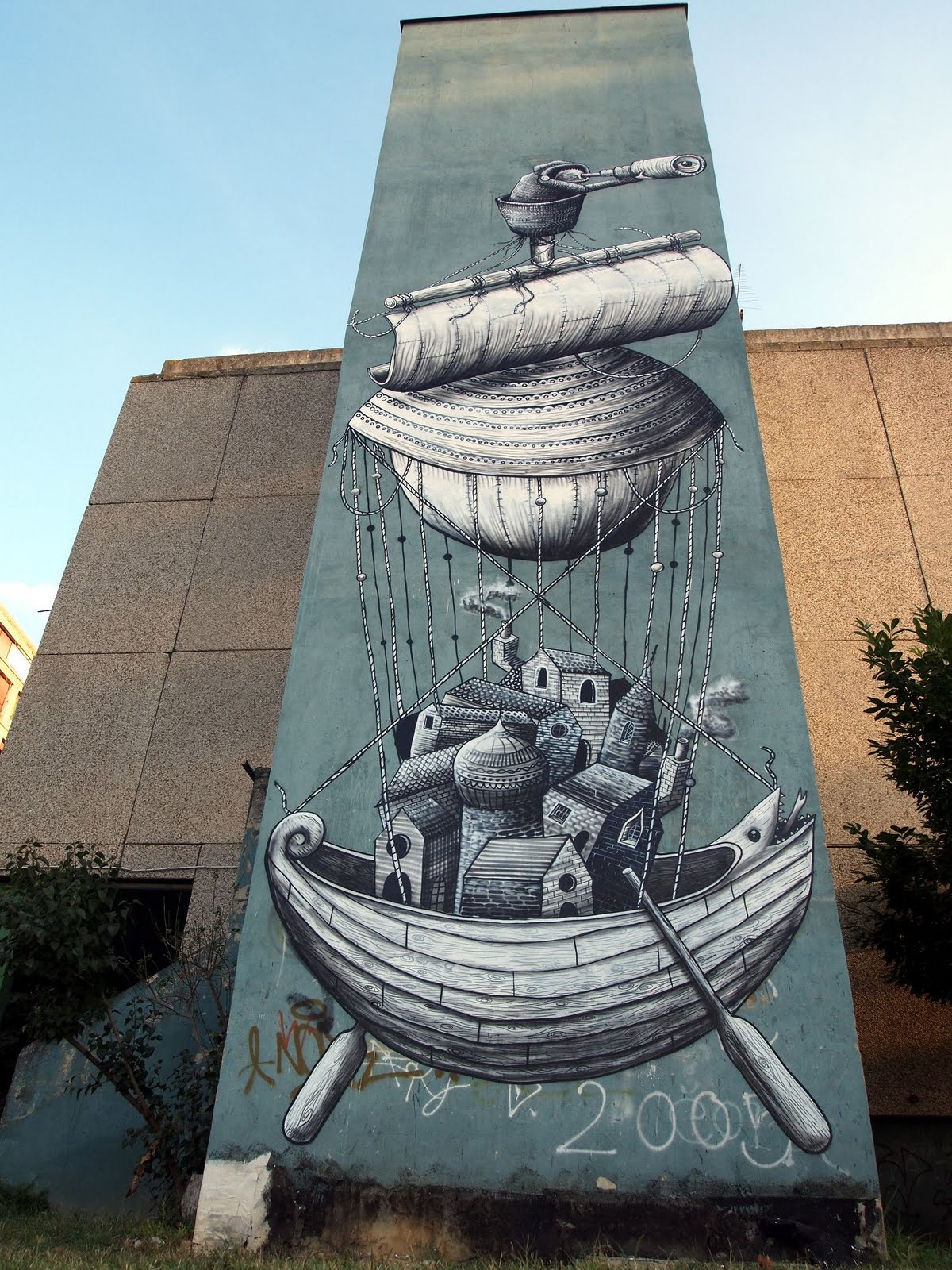 Rounding out his time in Croatia, where a super-sized seeing device was already gifted to the Central European country, two more murals were completed by Phlegm before heading back to the UK. In trademark black and white, we see the Sheffield-based street artist furthered his fantastical storyline with his eerie, yet endearing cast of characters. Another brilliant flying machine, akin to one painted in London last week, is the stand out, highlighting his skills in going large while not ignoring the intricacies in the minor details. Another strong series of outdoor work from the humble, yet increasingly pervasive artist.

Check out the second mural, as well as detail and process shots of both, after the jump. 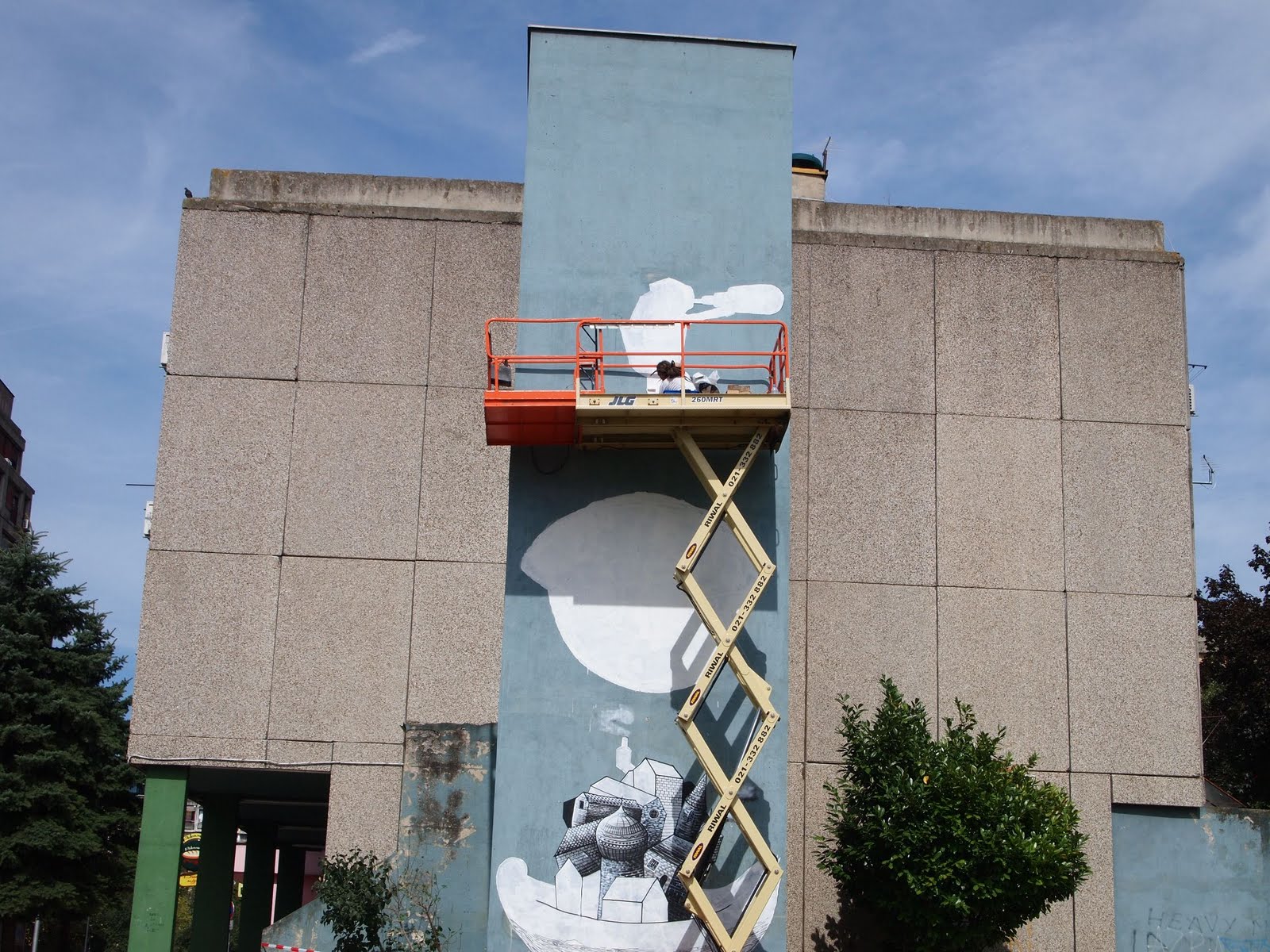 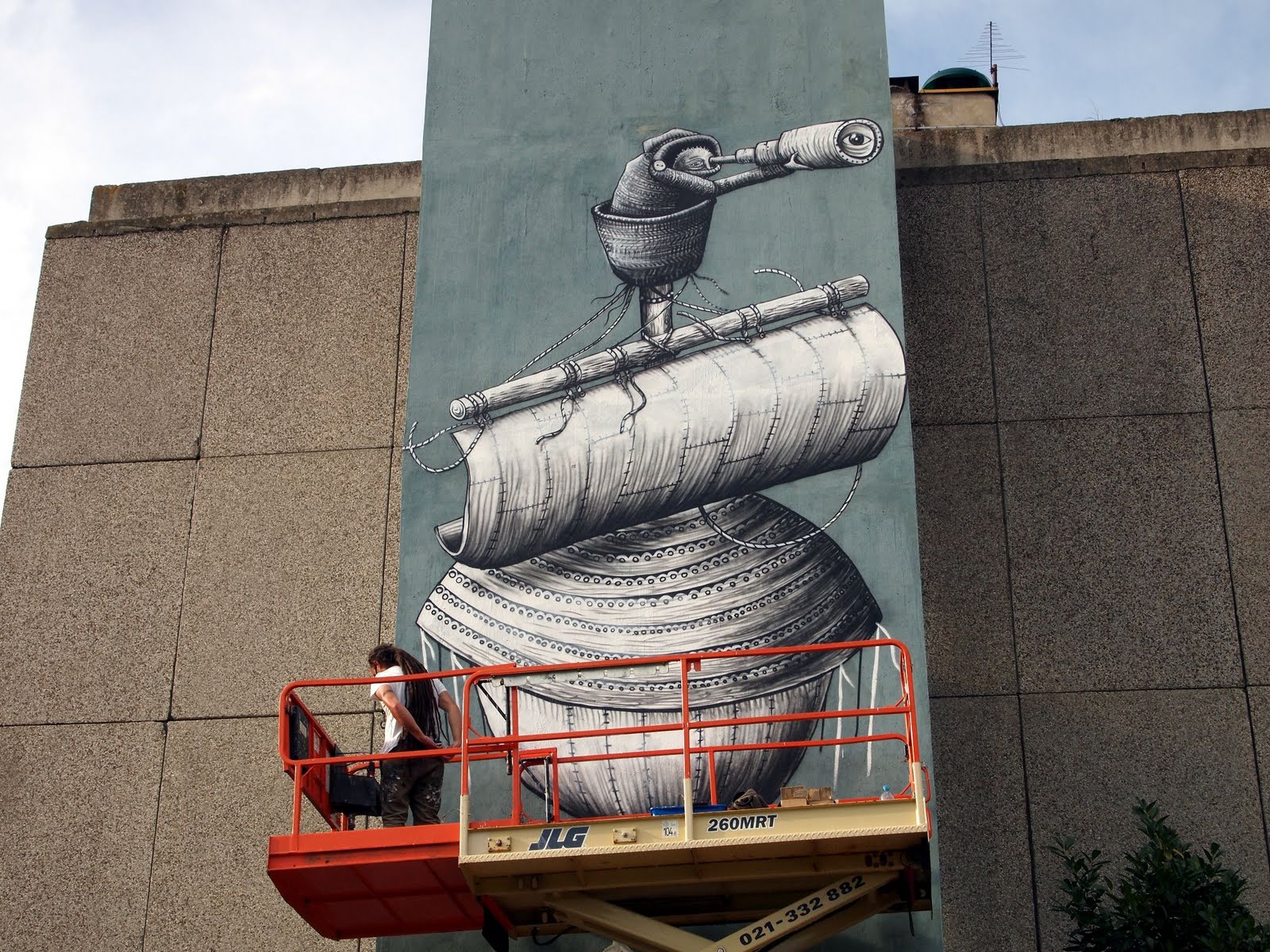 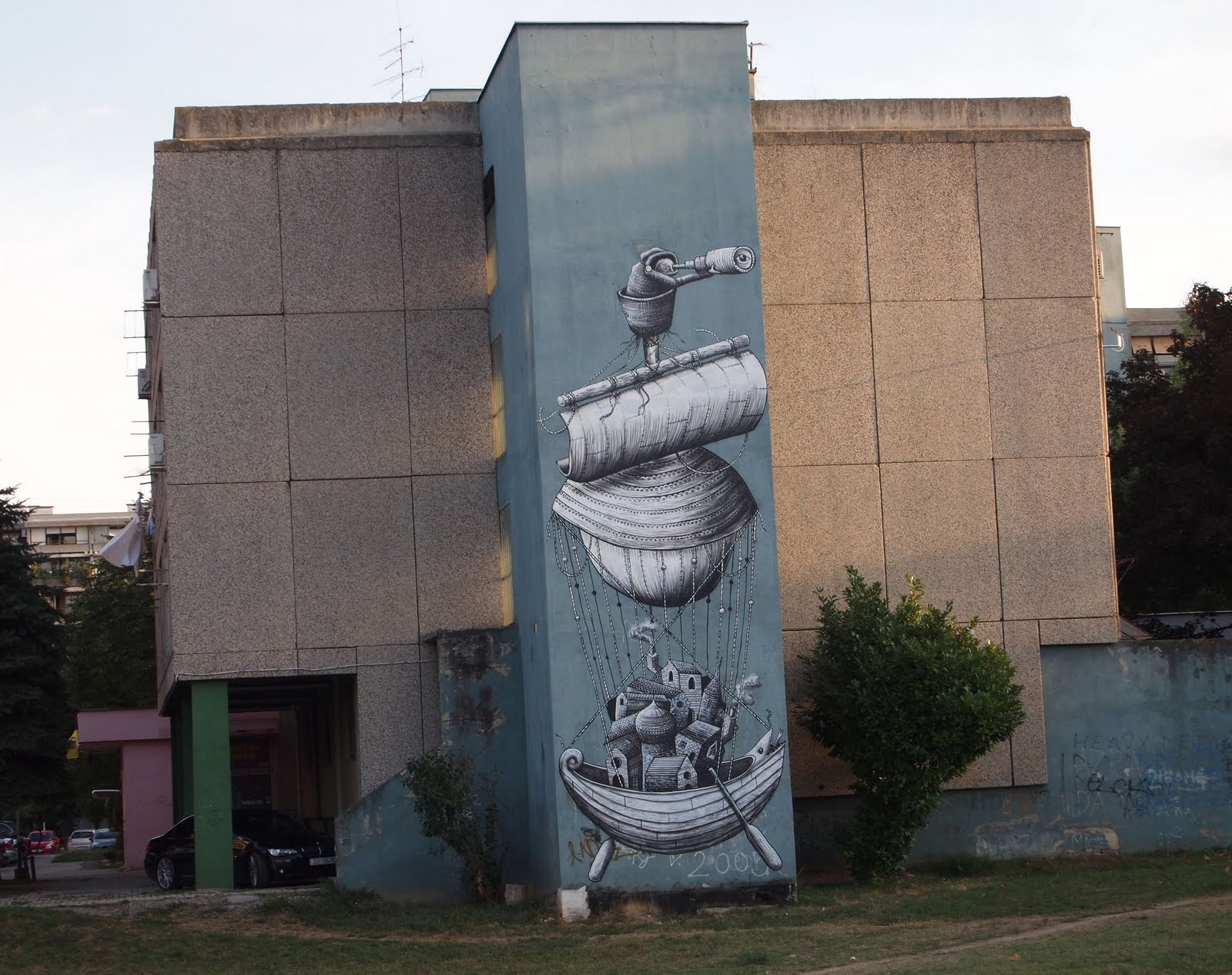 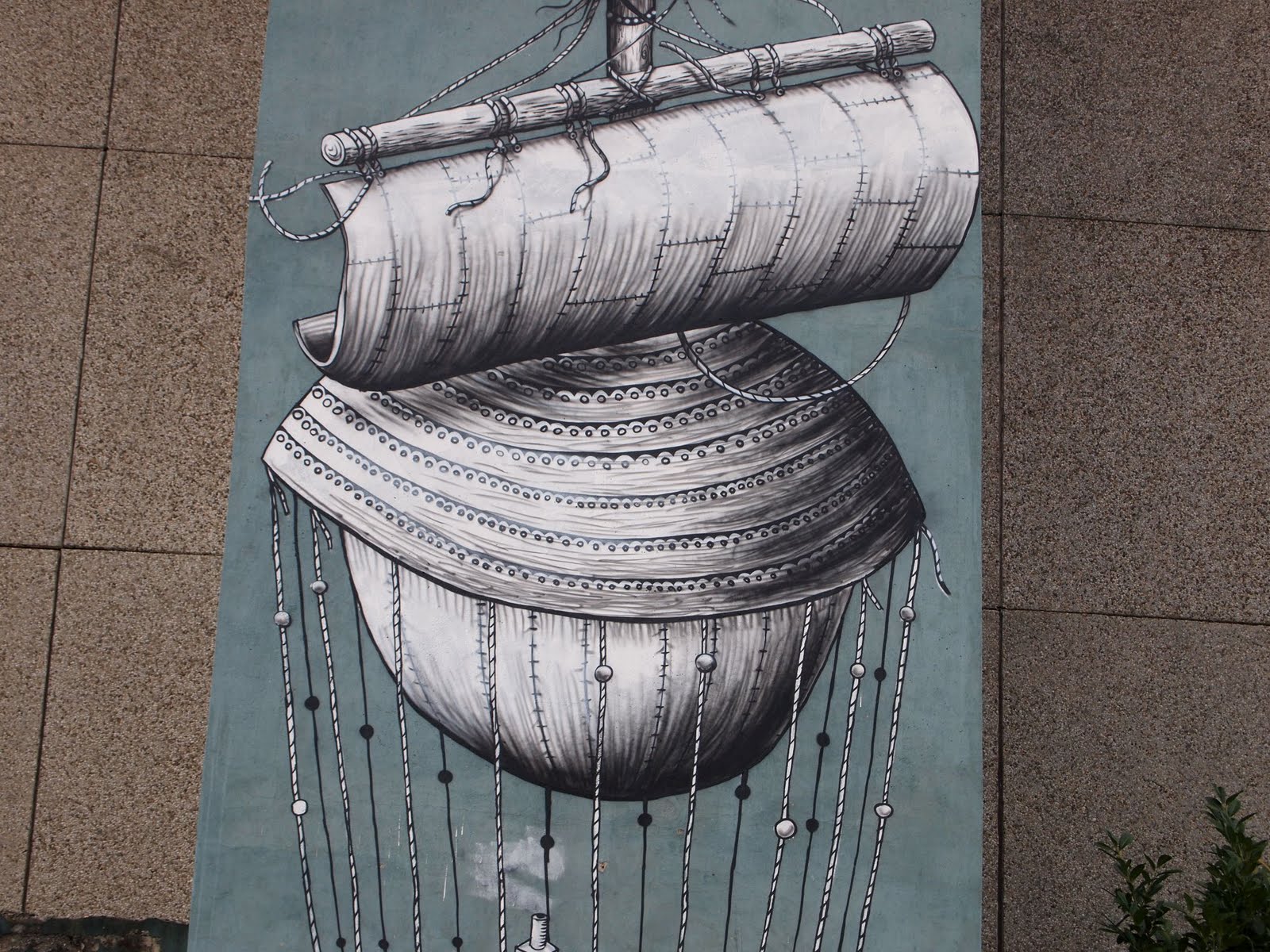 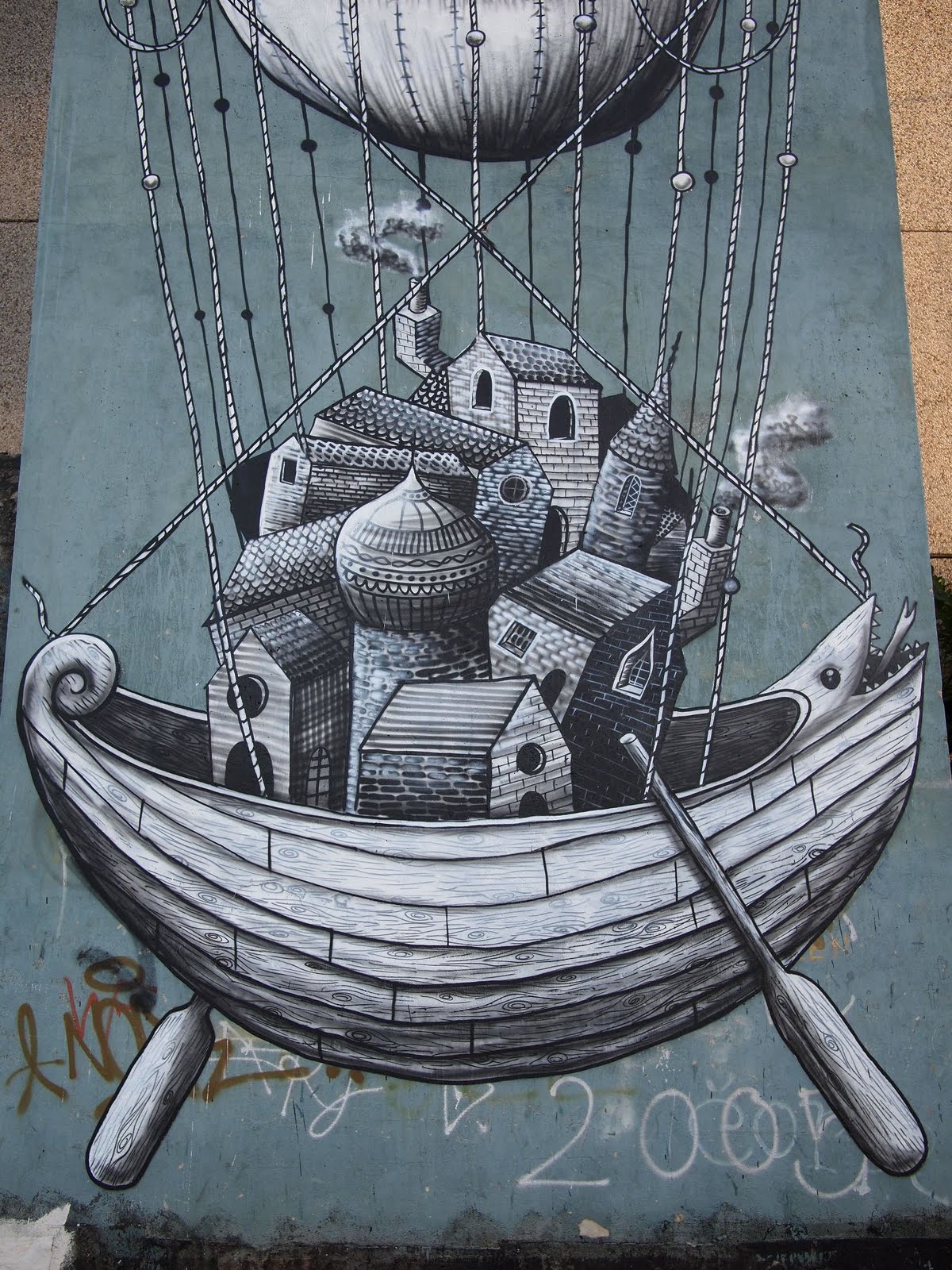 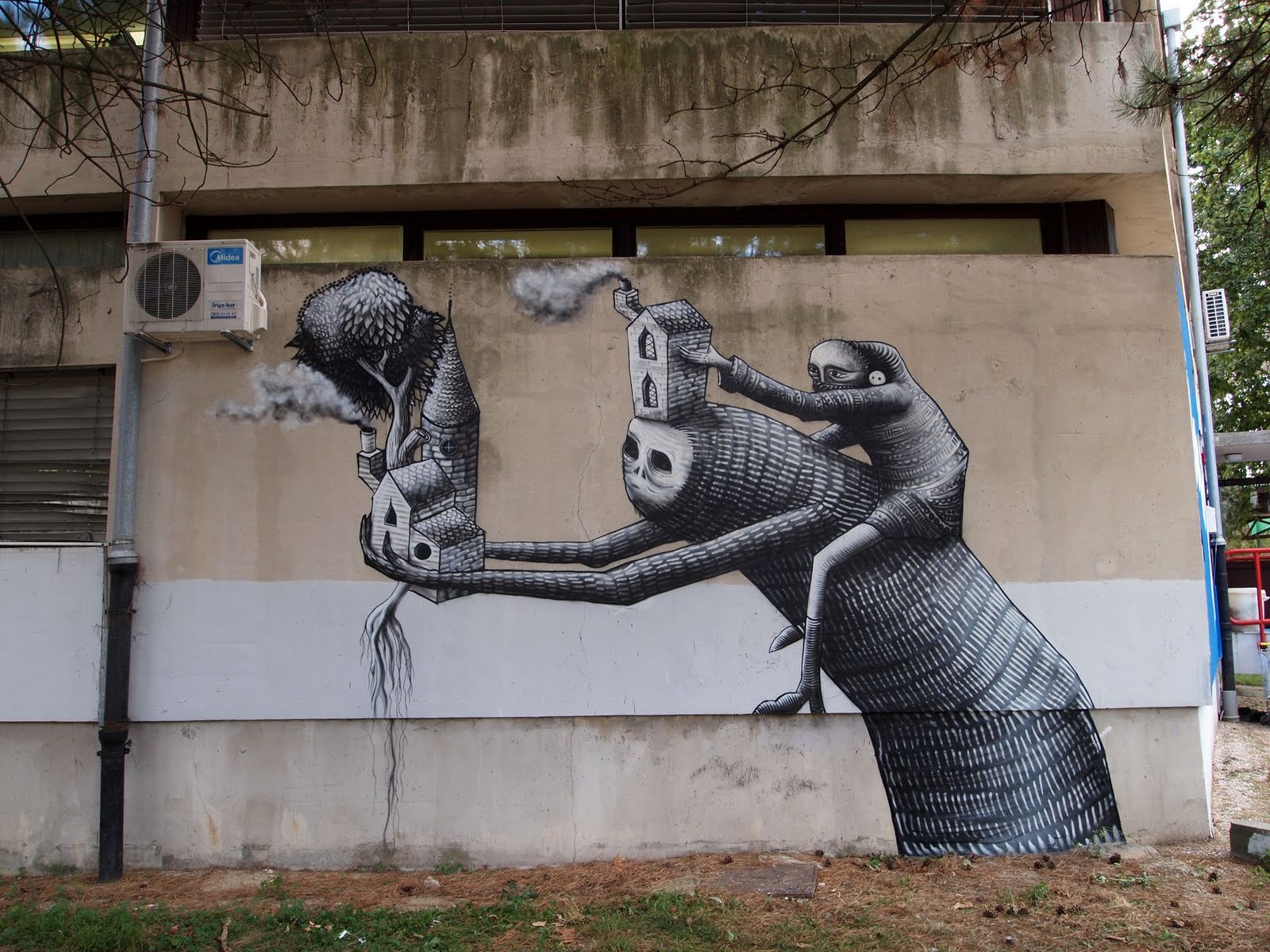 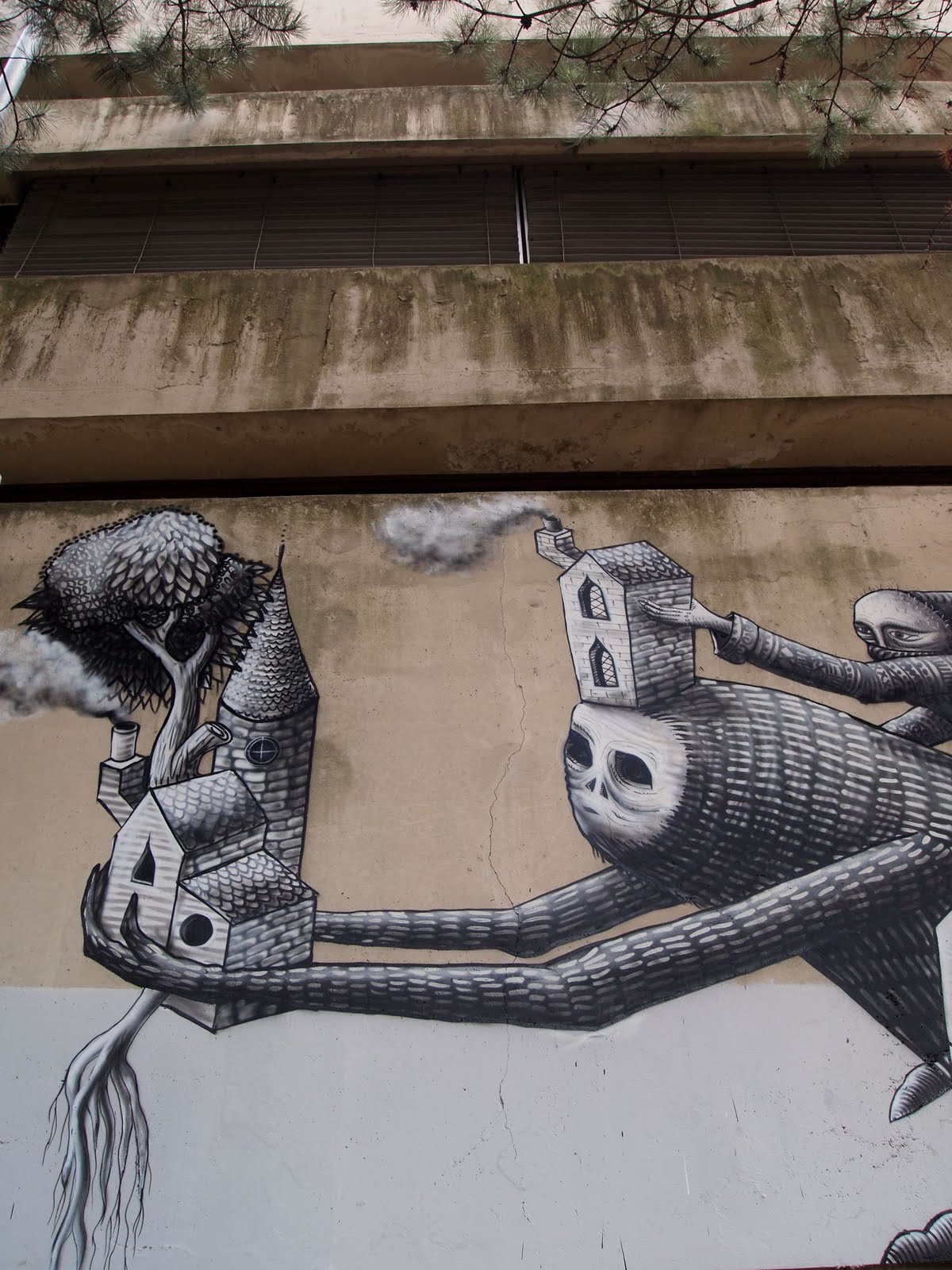 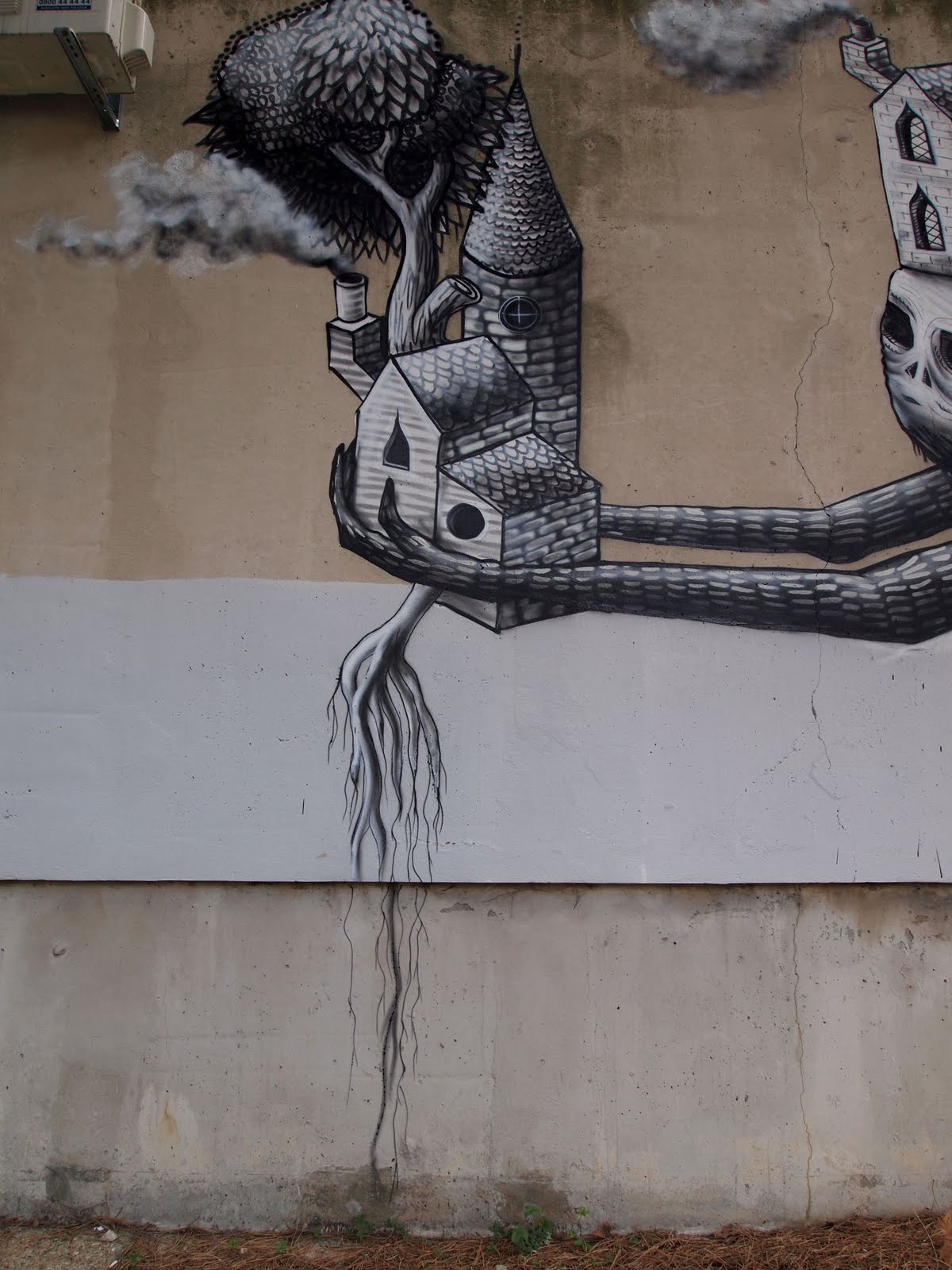 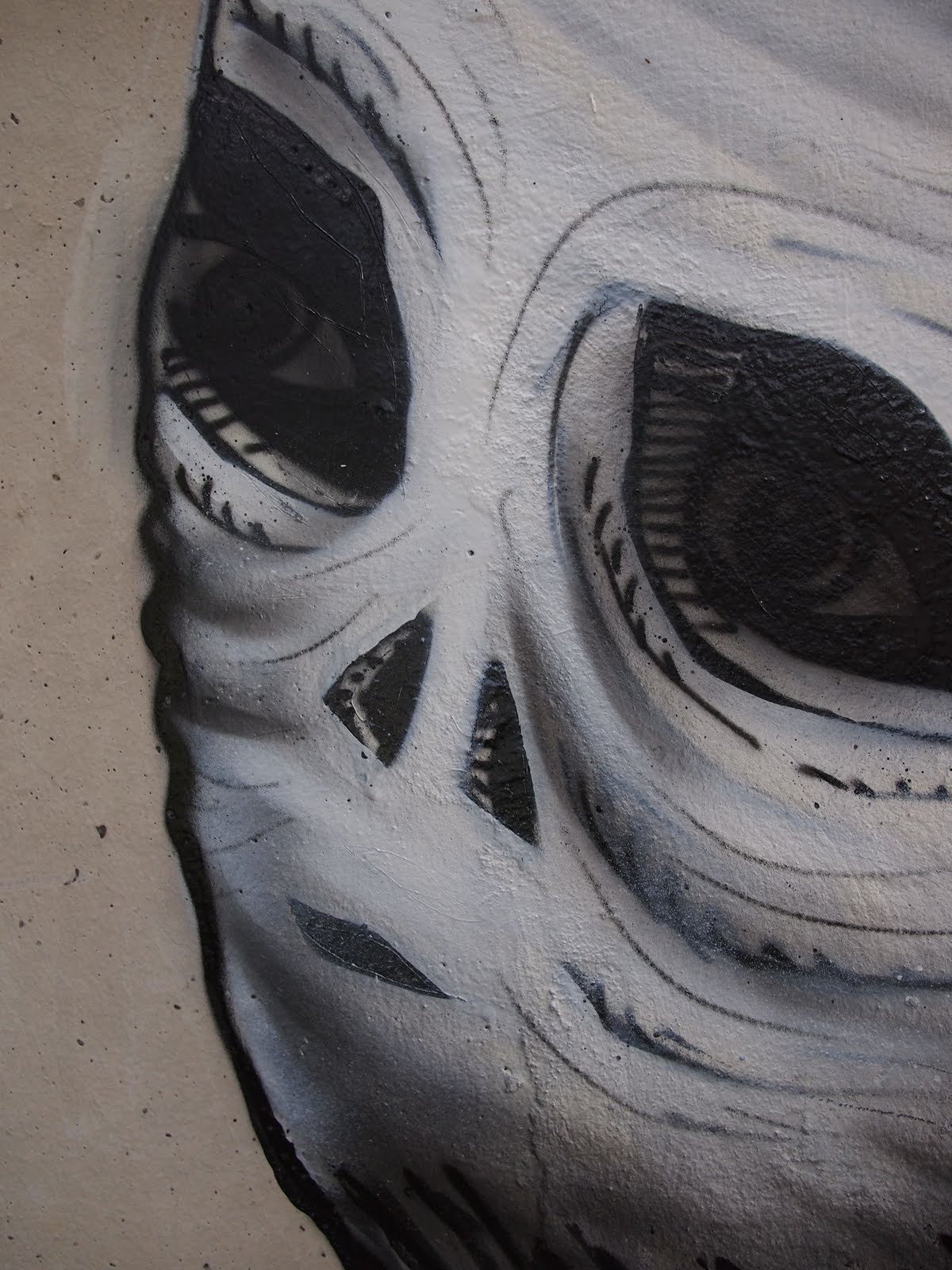 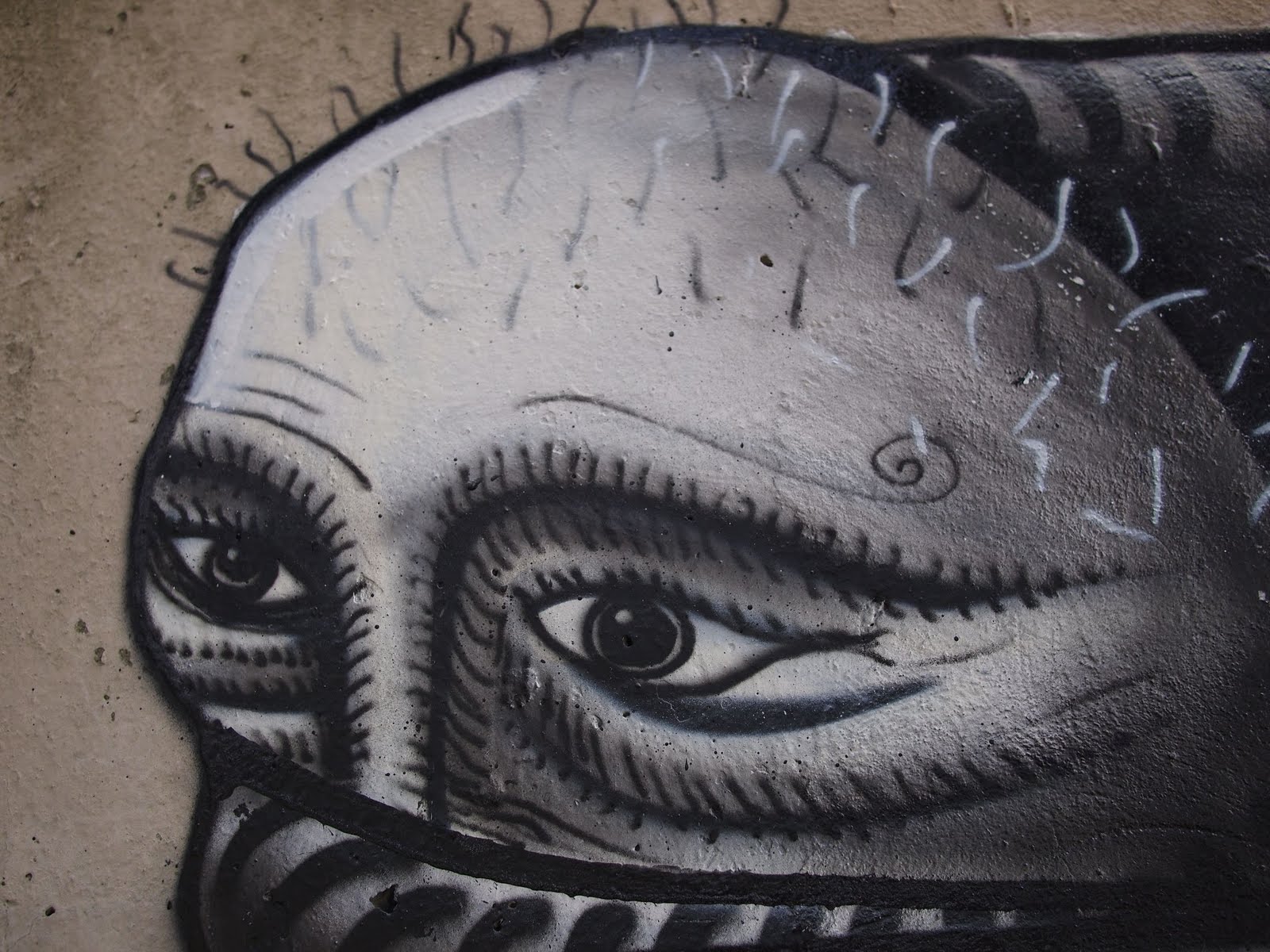