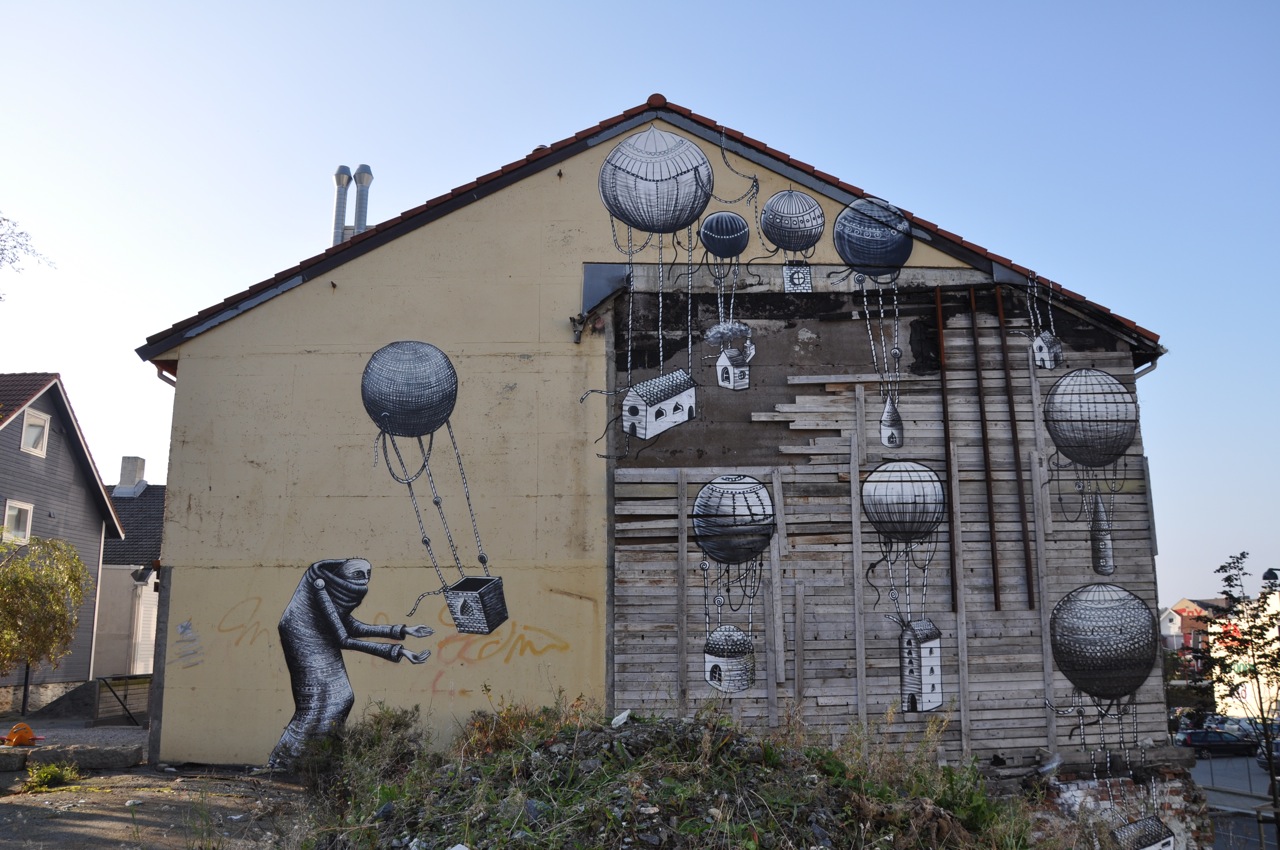 Another great curatorial choice for Nuart Festival is rising star Phlegm, who traveled from his home base of Sheffield for this year’s event. For his part, he painted a nice mural on the side of a derelict building featuring his signature affection for all things airborne and also filled an entire room with his creatures and characters in a strange, almost evolutionary, lineup.

More photos after the jump thanks to Henrik Haven… 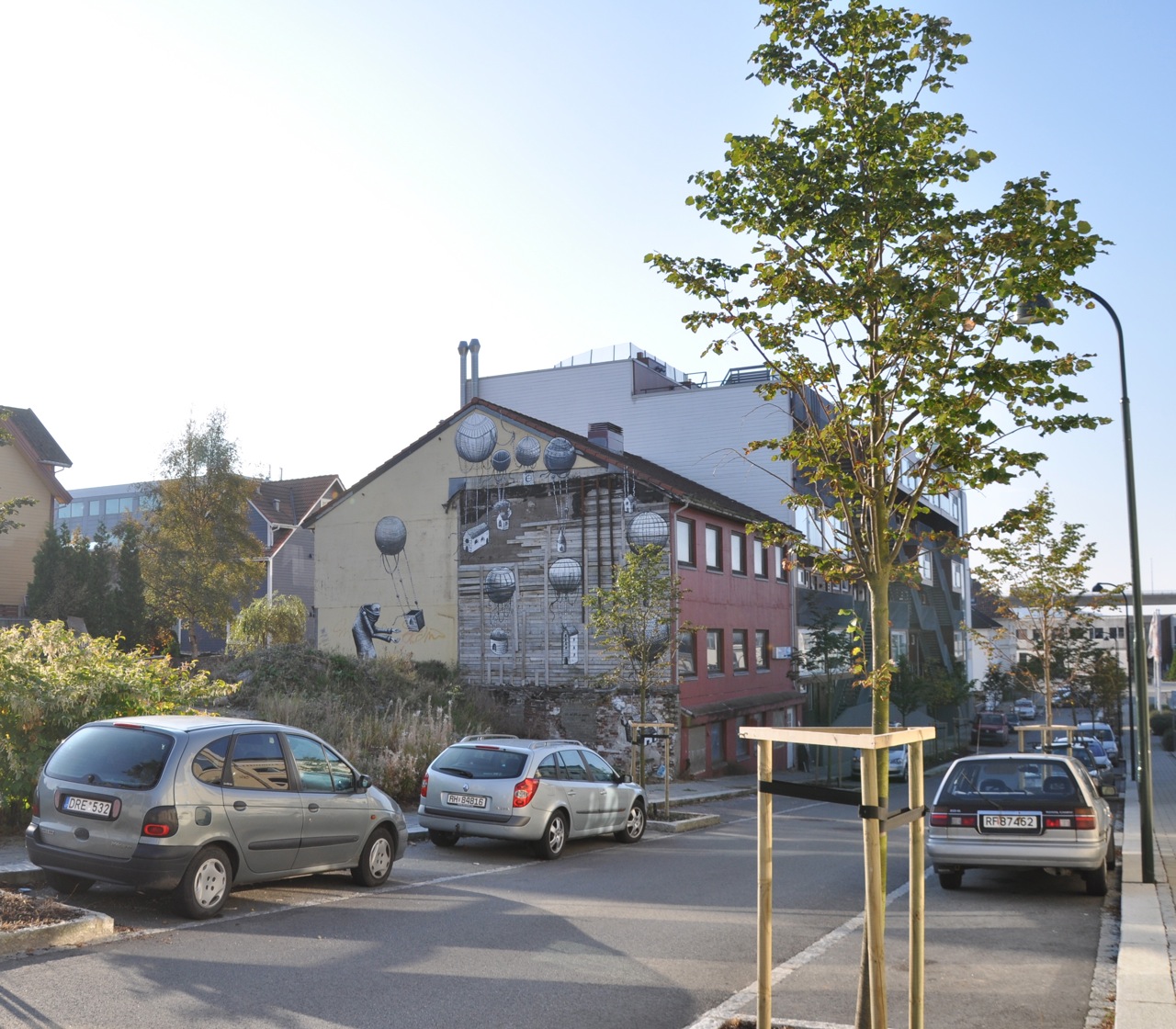 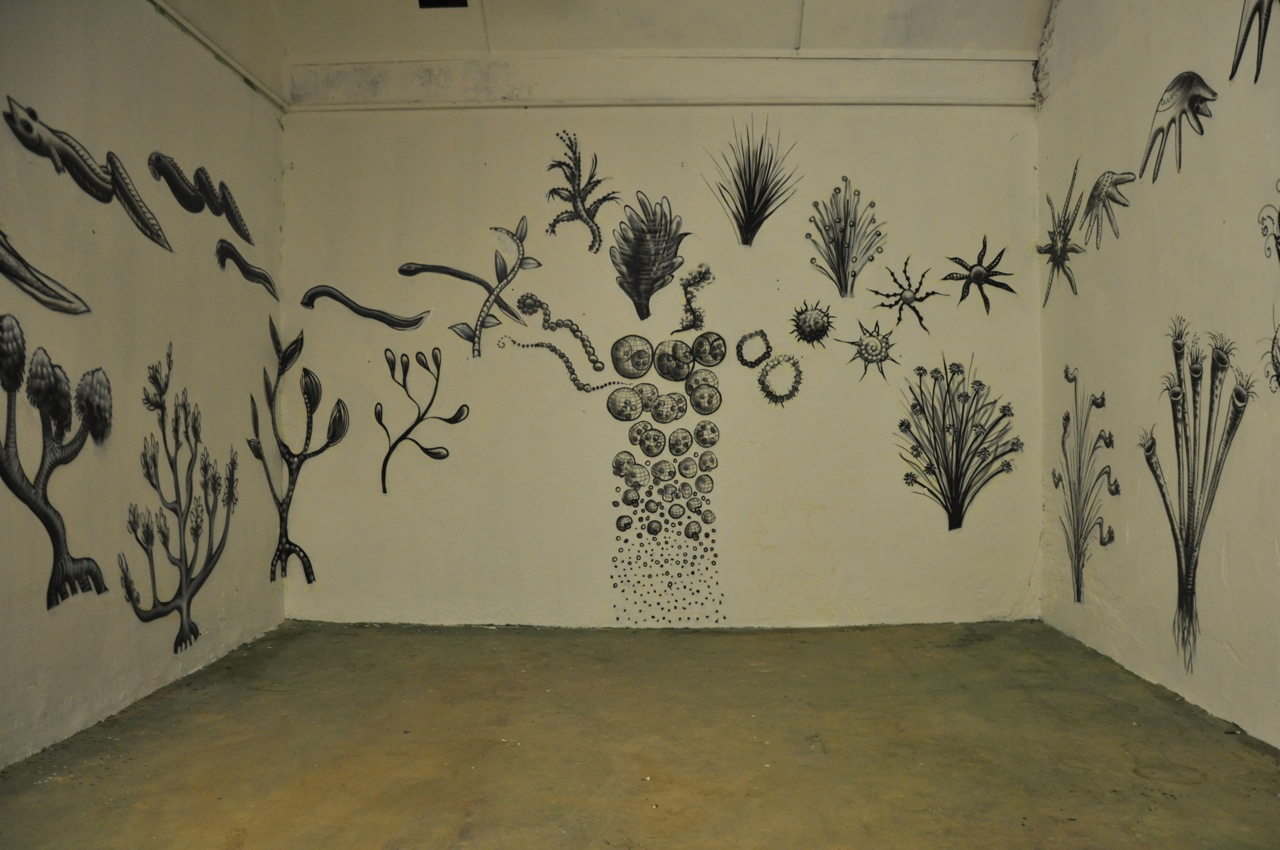 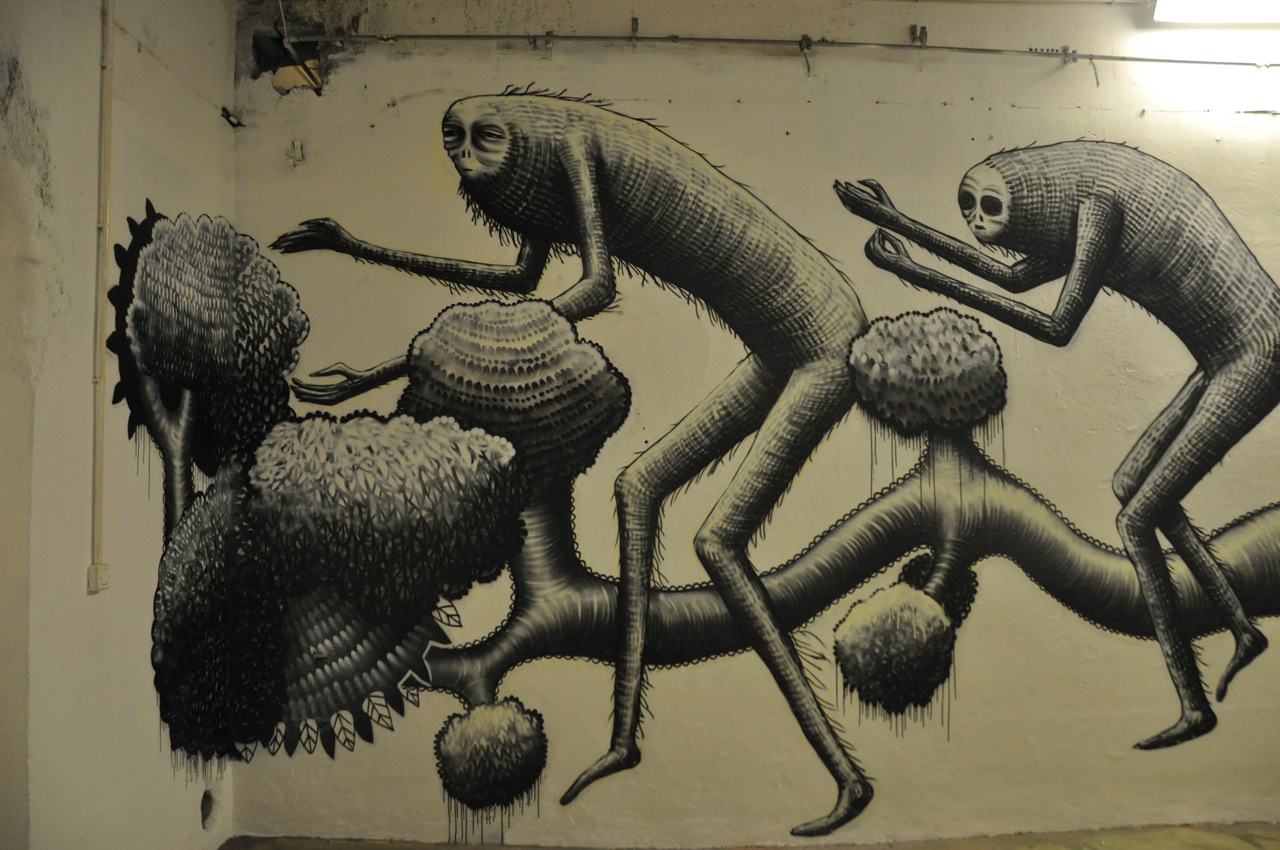 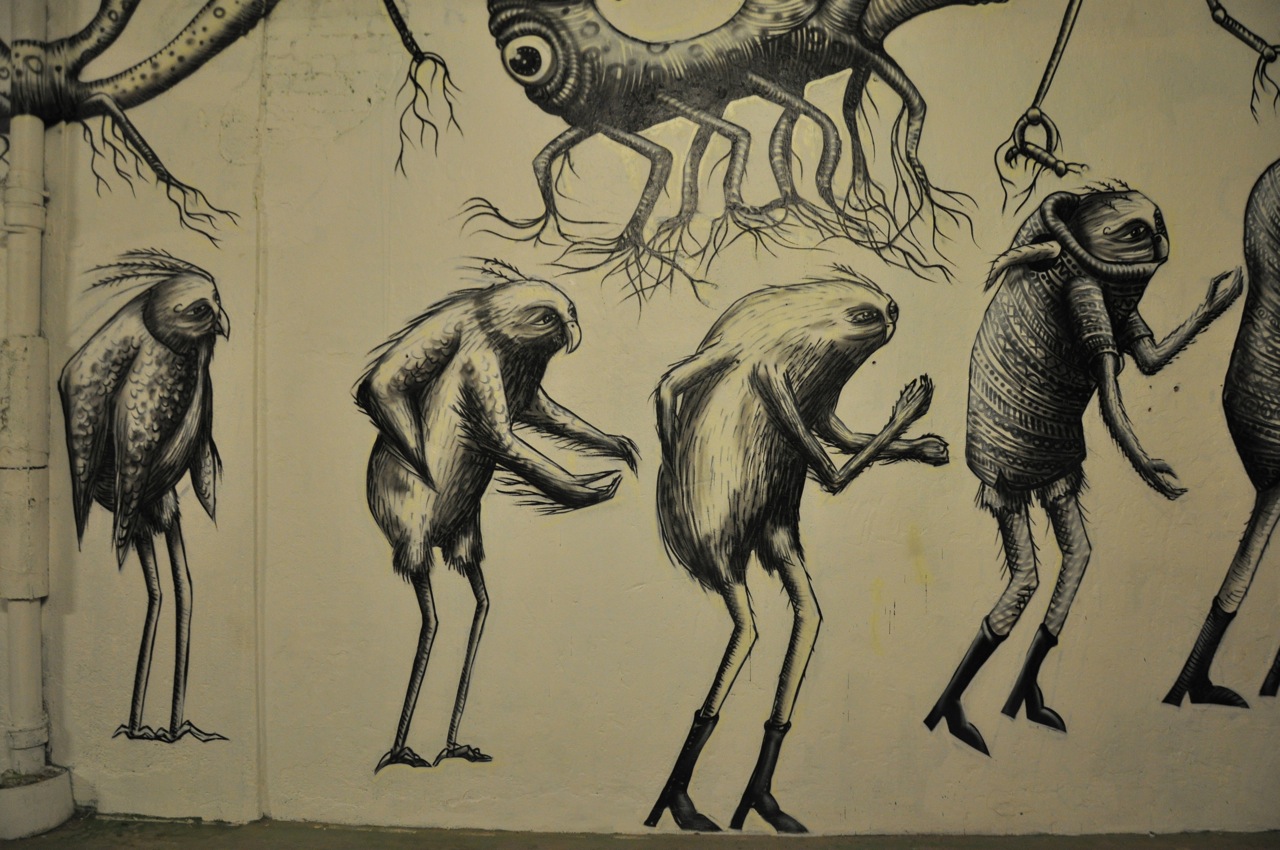 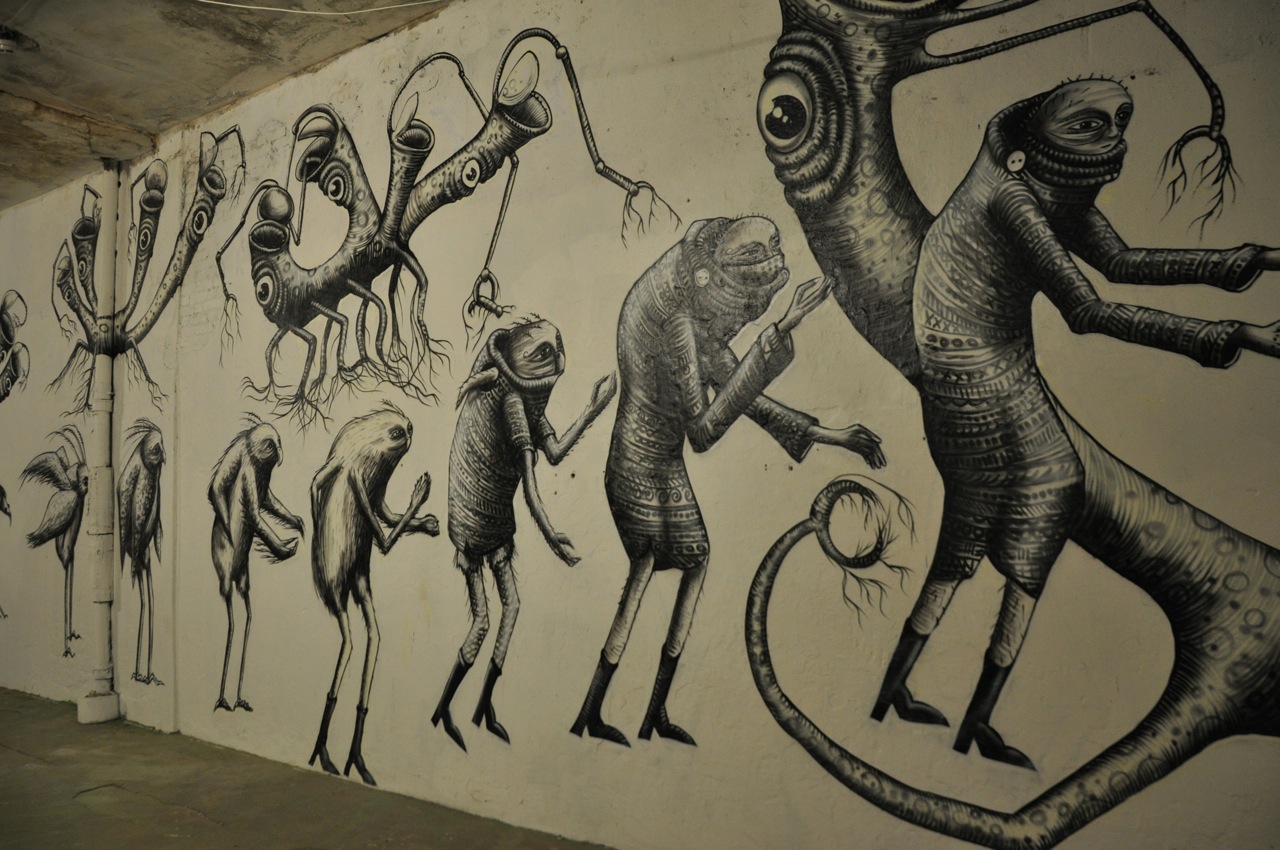