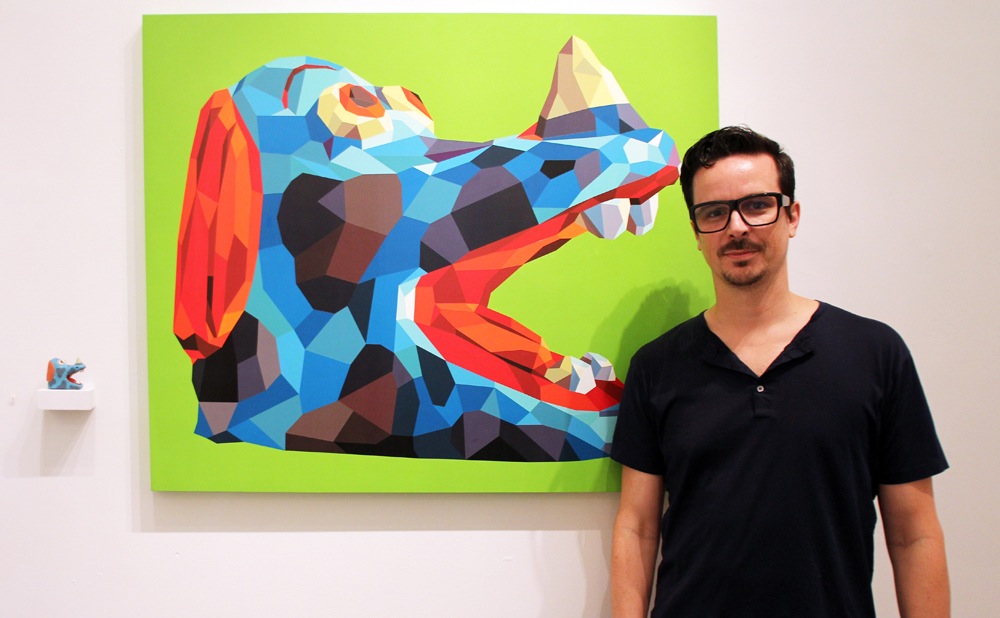 Last Friday, Tim Biskup exhibited a new body of work in a show titled Former State. As previously seen during a studio visit with the LA-based artist, his latest effort continues to expand on the polygon-based style that he has been exploring the last several years. However, what was interesting this time around is that he used small models as a guide to his larger artworks. Each of his new paintings featured a small sculpture next to it which the artist created as a way to bring the larger works to life. Other artwork that was part of the show included more character based pieces that touch upon a more simple version of the larger works on hand.

If you happen to be near the Los Angeles area, don’t forget to step into THIS Gallery before the show ends its run on November 4th. Otherwise, take a look at our opening photos after the jump… 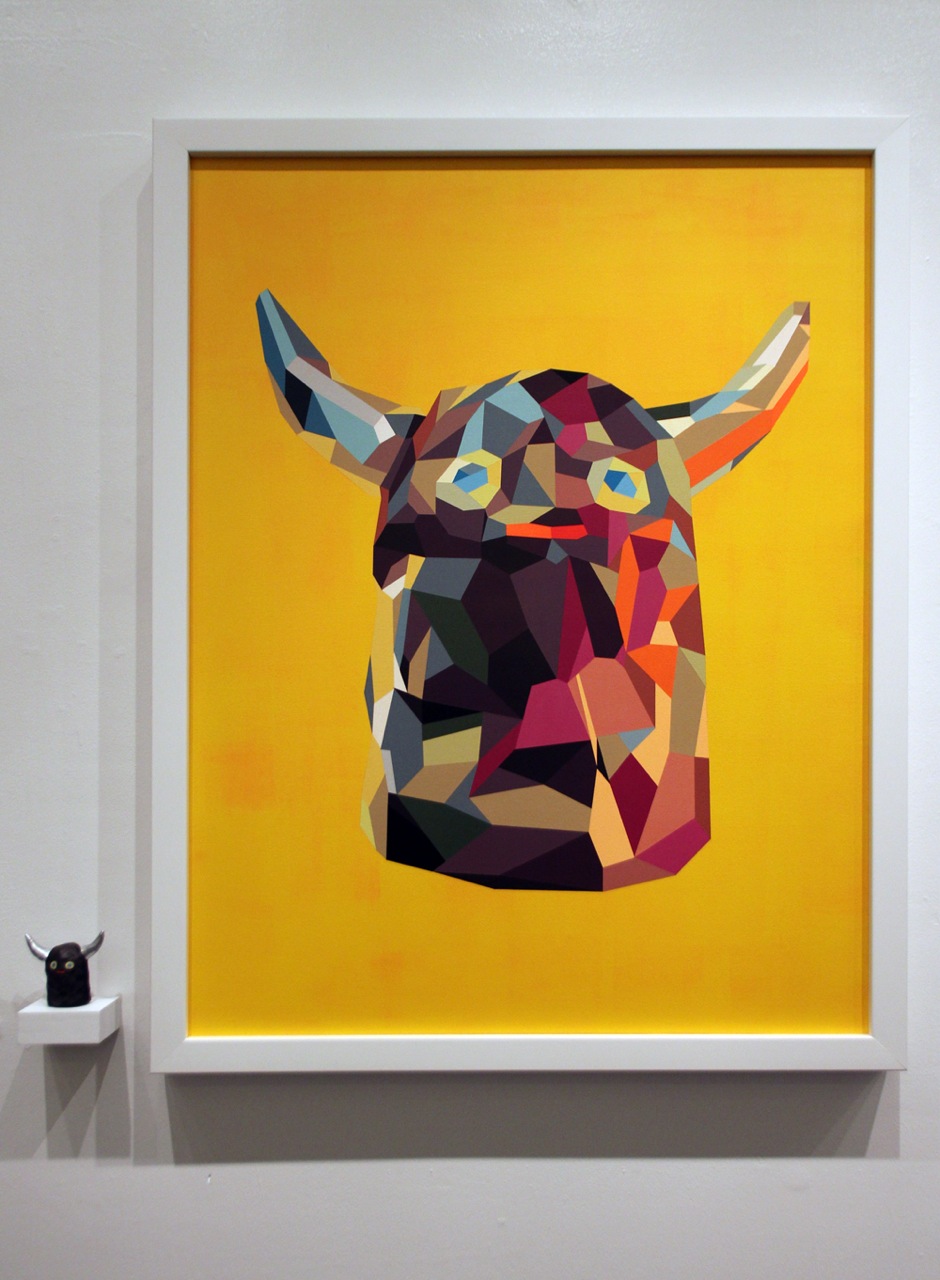 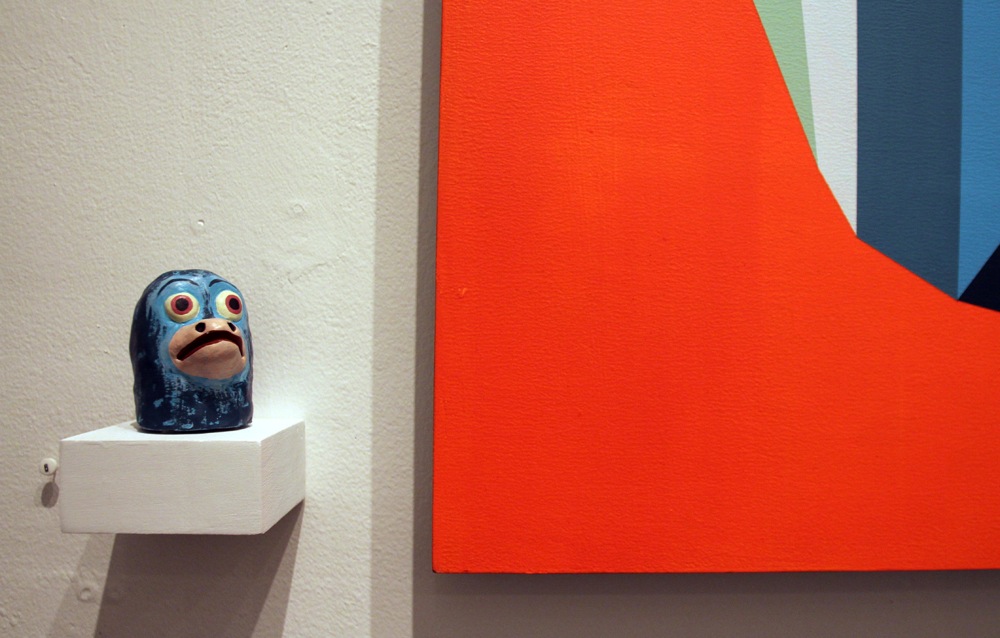 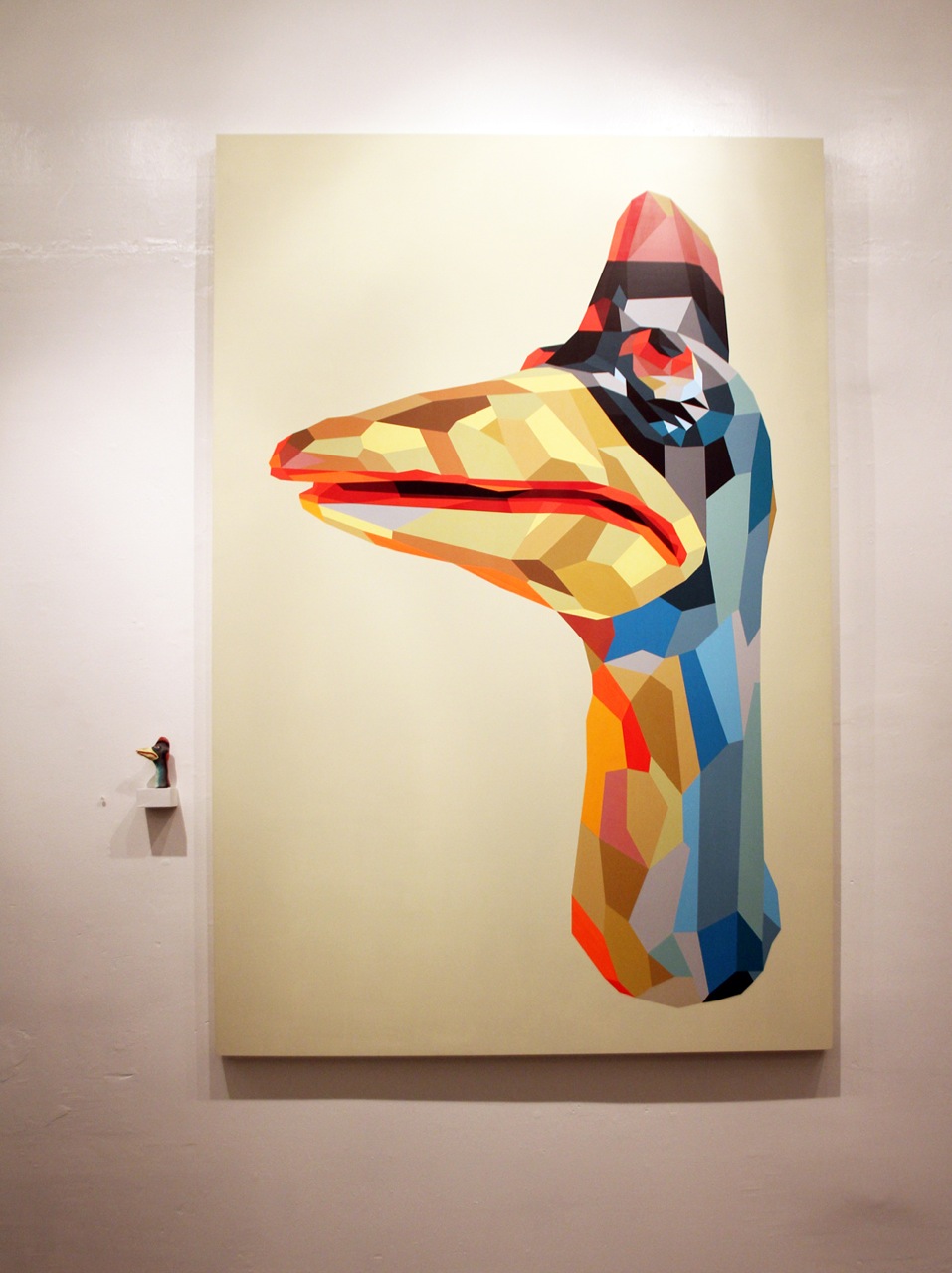 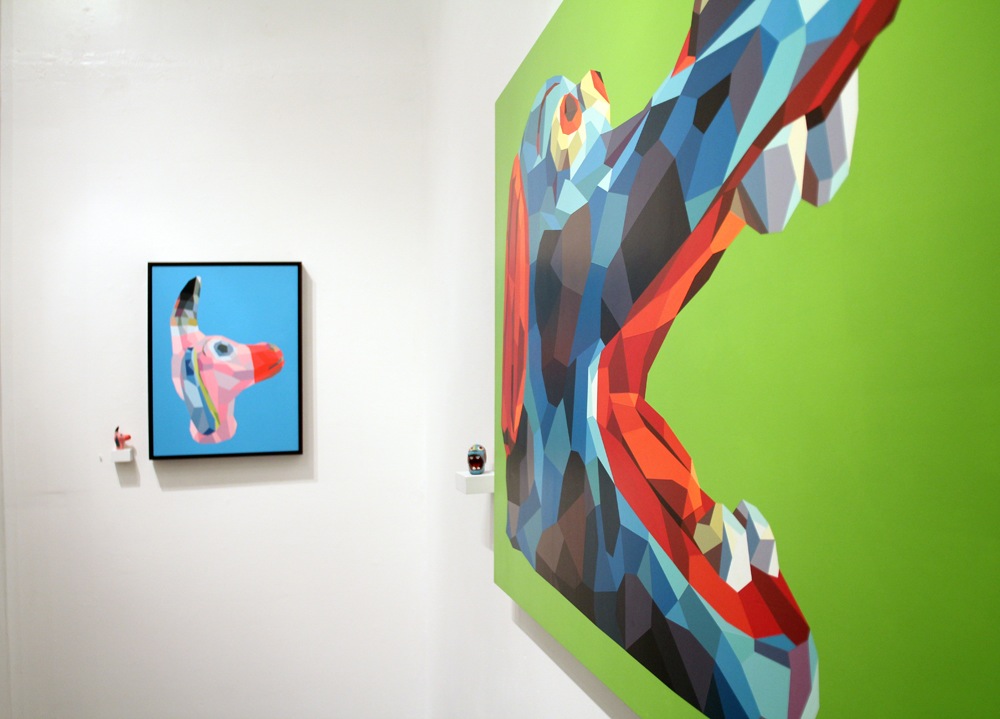 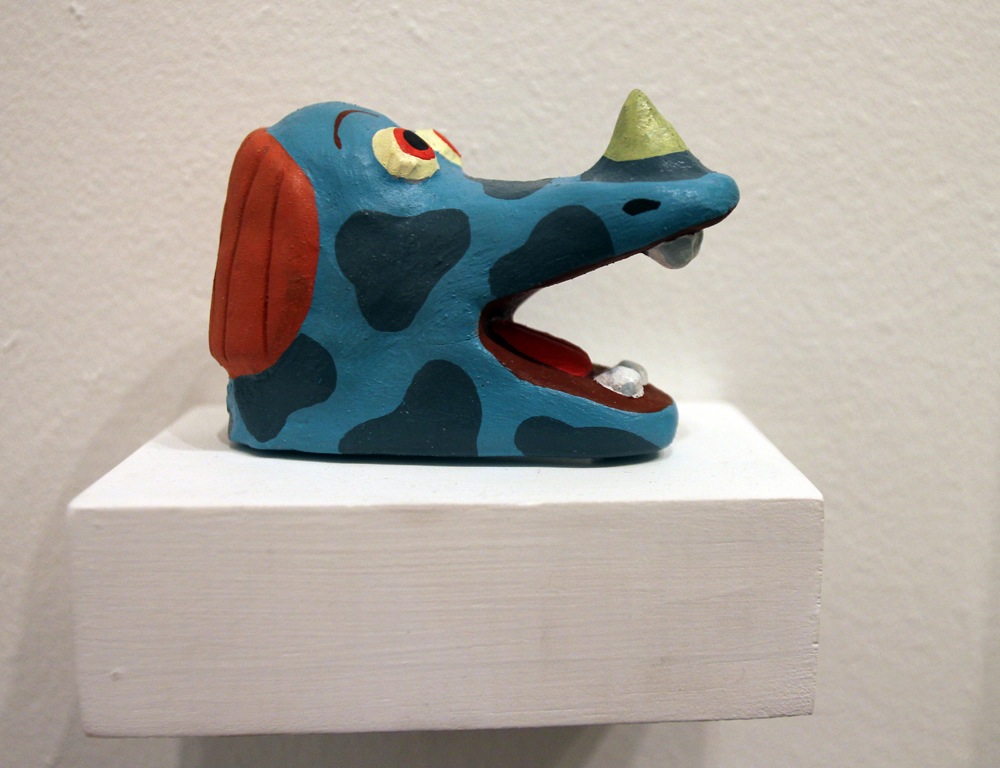 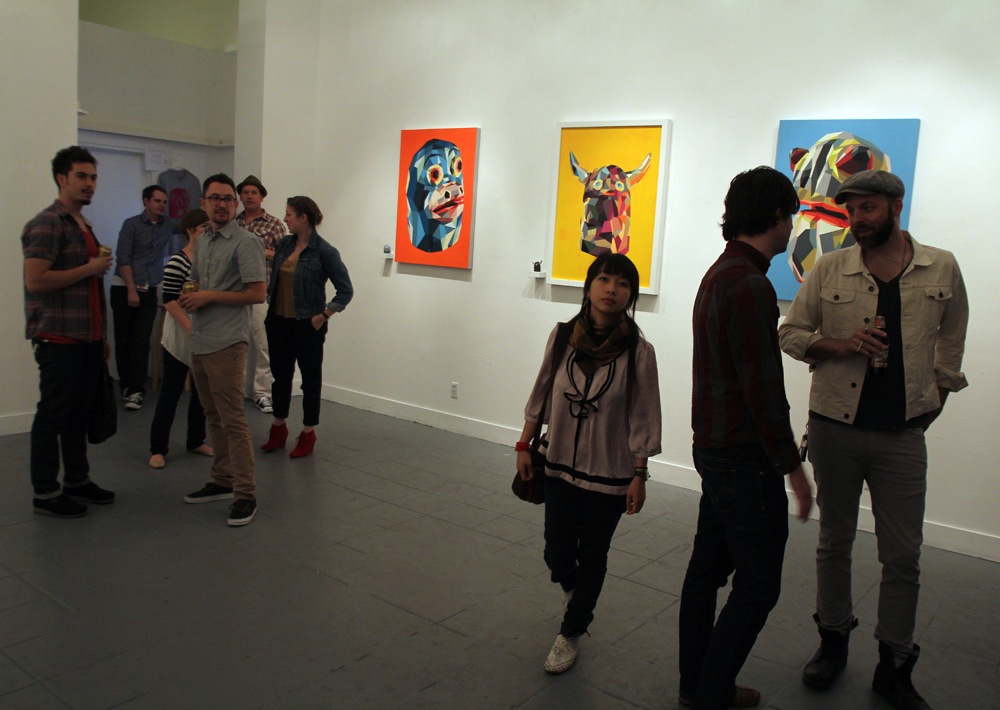