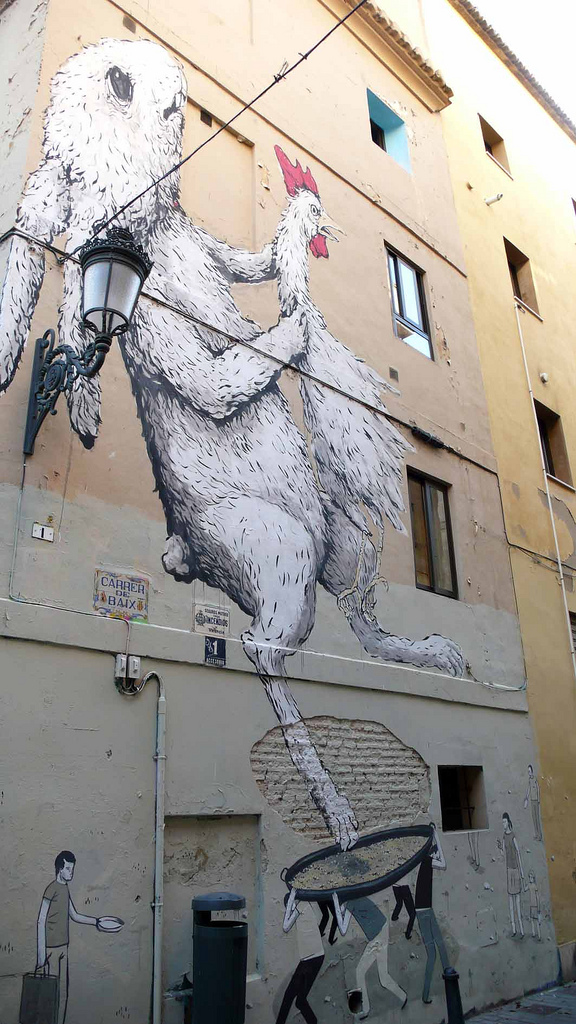 Serial collaborator Ericailcane has instead opted to trade his Italian neighbor Blu for Spanish street art crusader Escif. Ironically, Blu and Escif collaborated together in Valencia on an impressive tandem mural back in July for Arquitecturas Colectivas. Quite clearly, the three artists share a tight bond and mutual respect for one another. With Escif’s recent efforts at the FAME and Nuart festivals, it’s hard to deny he more than belongs in the same sentence as the other two outdoor icons.

This piece from several months ago proves just as impressive, with the interplay between Escif’s realistic humans and Ericailcane’s large-scale animals working perfectly together. The overall composition nicely blends both of their signature styles into a conceptually unified whole. Now, all we need is for the three artists to collaborate together on a single mural. Considering the relentless pace with which they have all been getting up over in Europe before it gets too cold, it’s only a matter of time before it happens.