Starting in October 2011, 60 cultural institutions across Southern California will be joining forces to support Pacific Standard Time: Art in L.A. from 1945 to 1980 with programming, events, and exhibitions that tell the progression of the L.A. art scene as well as the worlds of music, film and architecture. As part of the associated awareness campaign, a series of videos have been launched including one where Anthony Kiedis takes Ed Ruscha on a ride down Sunset Blvd.

Well, the unexpected pairings continue with the newest video that brings Jason Schwartzman and John Baldessari together in the humorous sketch seen above. As an added bonus, PST will be giving away a $50 Visa giftcard that can be used towards LACMA indie membership to one of our lucky readers.  Just leave a comment to qualify and for fans of Baldessari, head out to the Hammer Museum tonight for as discusses his art, career and the L.A. cultural scene with Times art critic Christopher Knight starting at 7pm. 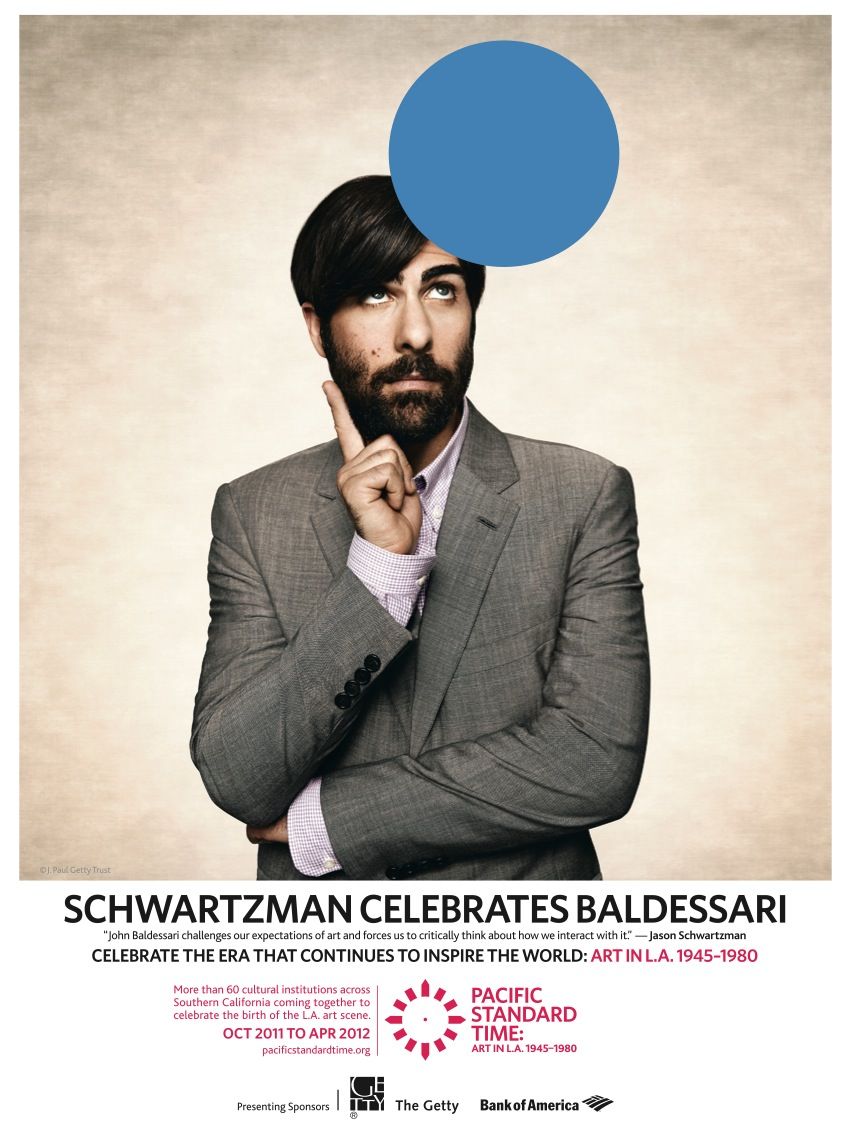