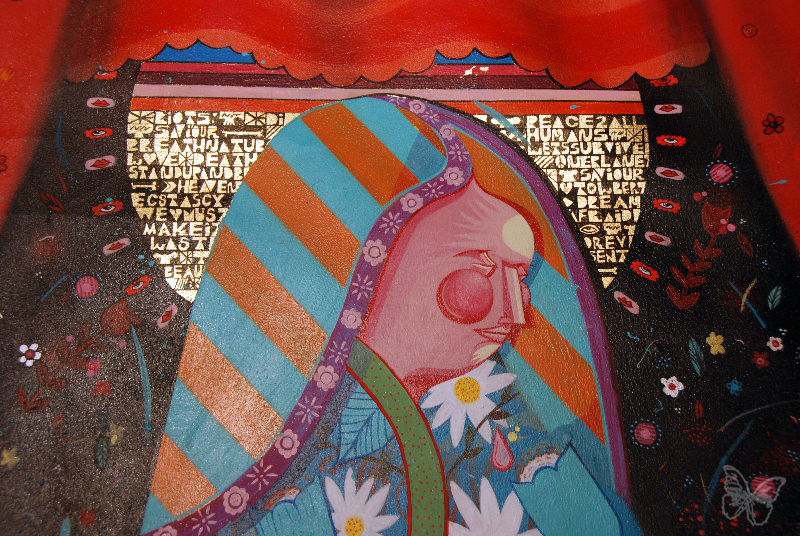 Initially known for his iconic red and yellow ‘Temples’ sprayed onto wheelie bins and walls across the world, Sickboy returns to London for his second major solo show titled Heaven & Earth. Taking inspiration from Renaissance paintings, religious iconography and surrealist artists like Hieronymus Bosch, Sickboy has spent the last two years building up a new body of work. On large scale paintings with intricate details, religious messages are replaced by Sickboy’s own symbolism and psychedelic world with a positive twist.

See more info and images from the opening by Butterfly after the jump. 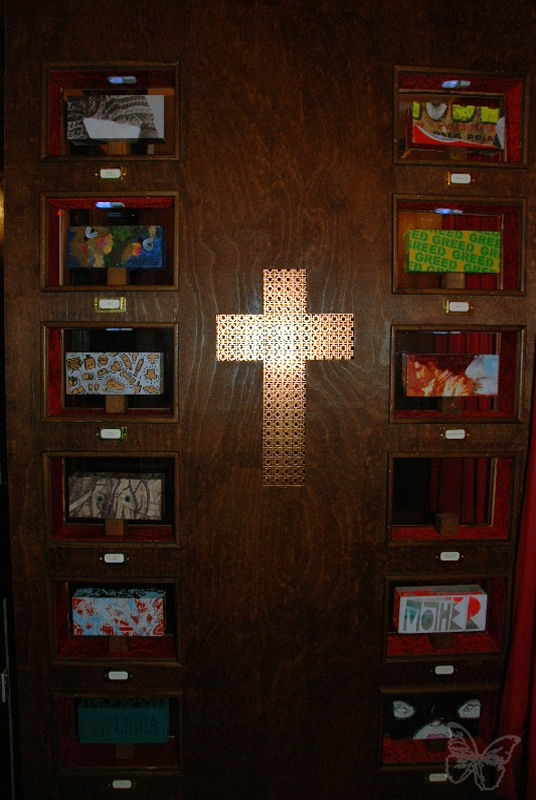 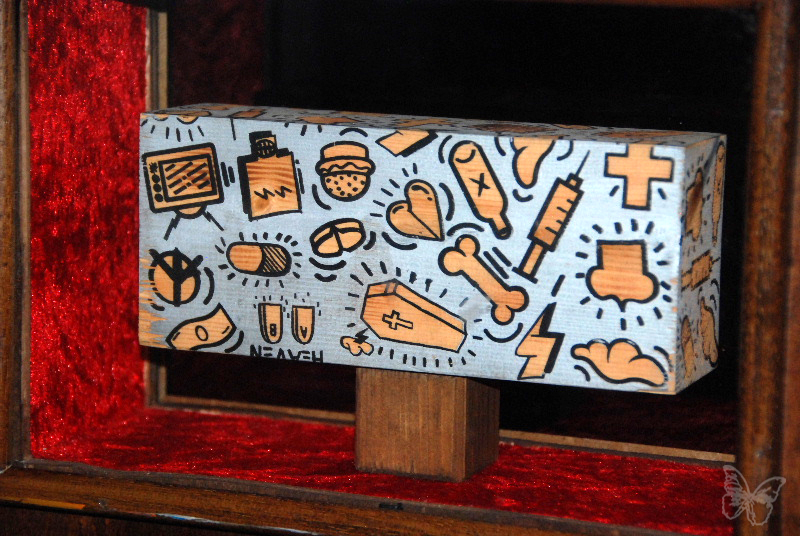 On the side, a spray-paint decorated caravan  with his trademark “Temple” greets guests with drinks. 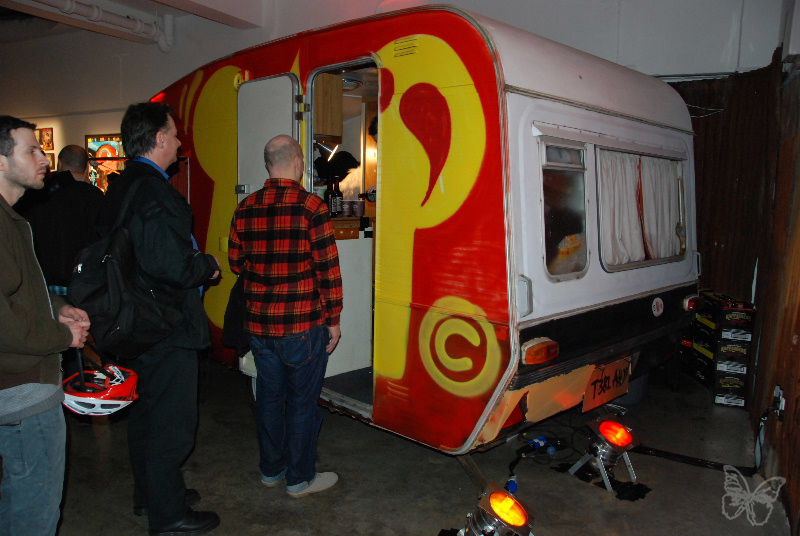 Sickboy has also invited the global public to become part of his show by submitting their anonymous confessions to him, which have been turned into a video installation, entitled CONFESS. The public response has been overwhelming with over 1,000 confessions.

Text and preview images by Butterfly for Arrested Motion.