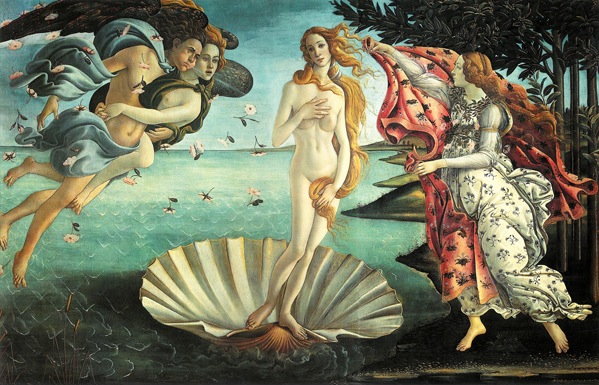 Botticelli's The Birth of Venus as madeover by the artist Anna Utopia Giordano.