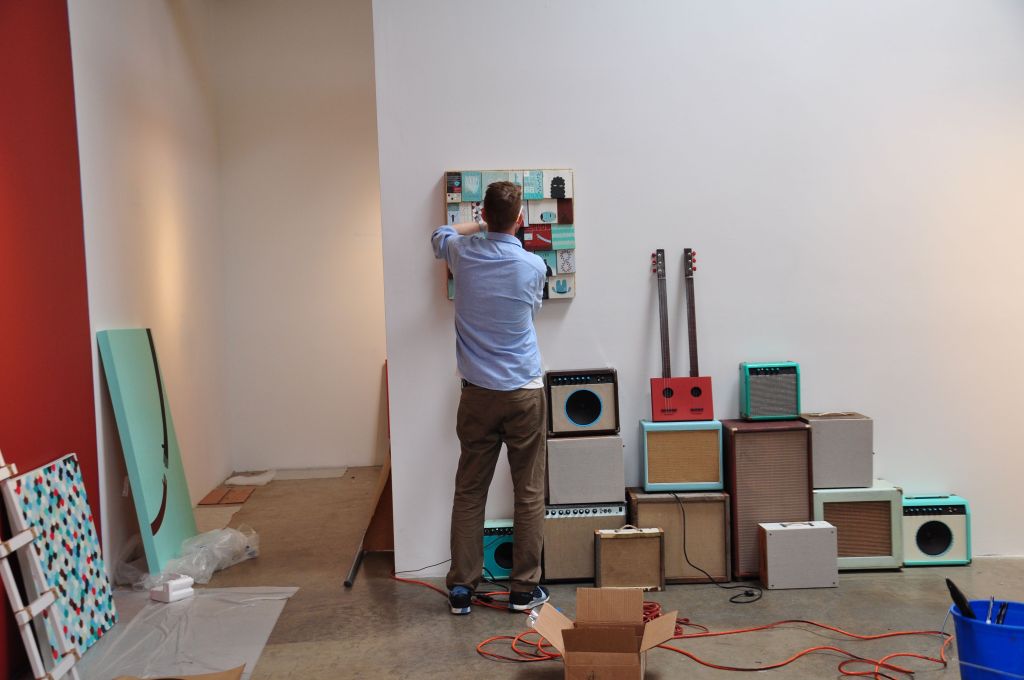 We last had the pleasure of seeing one of Jim Houser’s installations about a year back at last year’s Armory Week in New York. Now, as it was back then, we are still intrigued by the Philadelphia-based artist’s use of his own brand of symbology and visual language. Fans in Los Angeles will get the opportunity to witness for themselves on Saturday night, March 10th, as Houser (you can see a glimpse of him setting up above) will be opening his As Quiet As Itʼs Kept exhibition at the LeBasse Projects Gallery in Culver City.

Another photo after the jump… 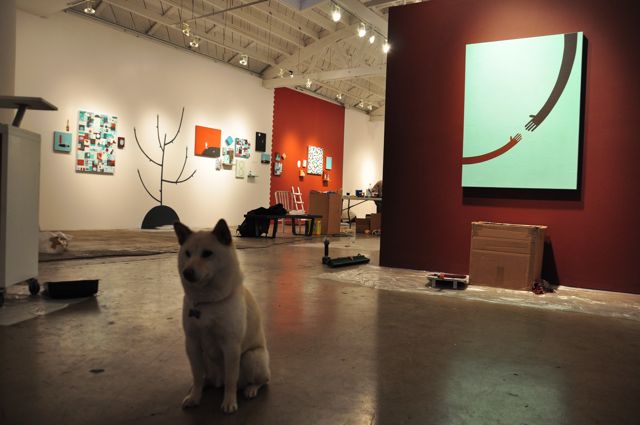